Kirstie Allsopp, 49, has left her Twitter users divided, after she hit out at the Government’s frequent usage of the Union Jack in their recent media coverage. The Location, Location, Location host showed her fans an example, as she retweeted a post by Health Secretary Matt Hancock, who has used the flag in celebration of over half of UK adults now being vaccinated.

They are putting flags on bl**dy everything

In the post shared by Mr Hancock he had typed: “HALF of all adults in the UK have been vaccinated.

“Each jab brings us one step closer to normal, so when it’s your turn, get the jab.”

Under his commentary, Mr Hancock had shared a graphic containing the British flag with text overlaying it to reinforce the message.

Kirstie appeared to disapprove of the flag being used in the tweet, as she responded: “OK you’re right, they are putting flags on bl**dy everything!” 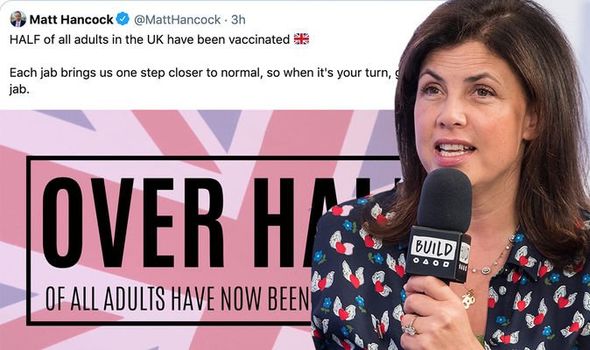 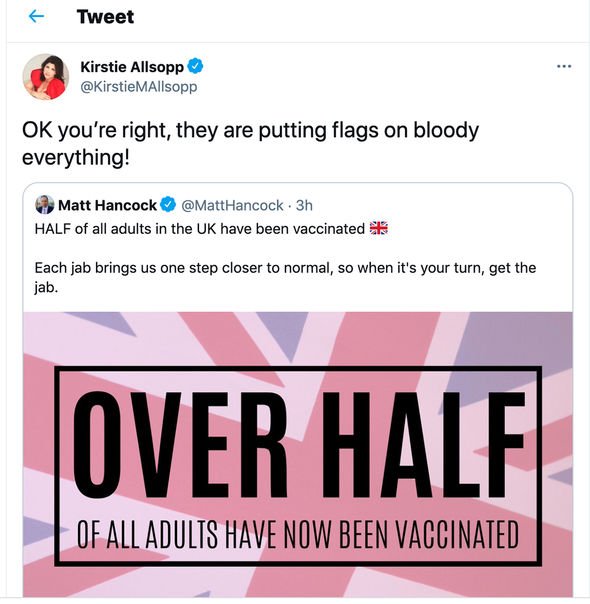 Underneath some fans queried why the Government should “not use” the flag to represent the United Kingdom.

Another replied: “So they should – leading the world in the most important advancement in regards to Covid – I’m proud to be a Brit living in Scotland!”

A third commented: “They are making a point half in the UK have had it. Don’t give in to their pressure Kirsty…” (sic). 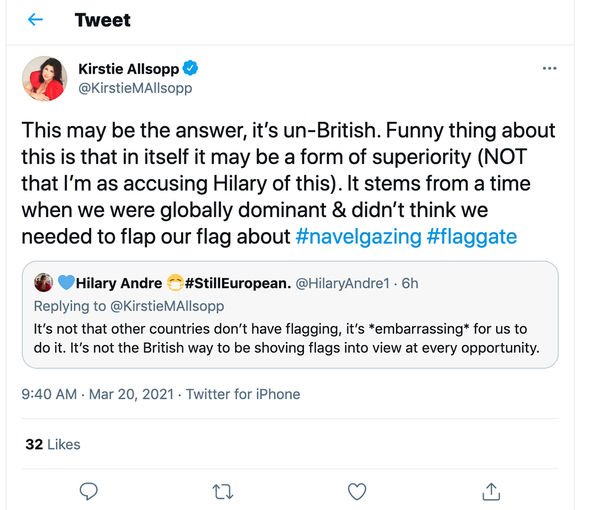 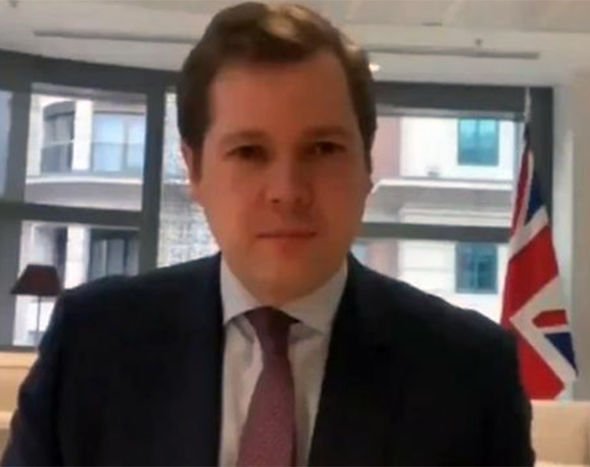 In a separate post, Kirstie also called frequent usage of the Union Jack “un-British” and a “form of superiority”.

Retweeting one of her followers who claimed it was “embarrassing” for the UK to keep “shoving flags” out at every opportunity, The TV personality said: “This may be the answer, it’s un-British.

“Funny thing about this is that in itself it may be a form of superiority (NOT that I’m accusing Hilary of this).

“It stems from a time when we were globally dominant & didn’t think we needed to flap our flag about #navelgazing #flaggate.”

During Friday’s show, Robert Jenrick had dialled in and spoken while a large flag was visibly seen behind him.

Naga and Charlie laughed as they pointed out that large flags had regularly started to appear in the background of Zoom calls with the front backbenchers.

Charlie said: “I think your flag is not up to standard size, Government interview measurements.

“I think it’s just a little bit small, but that’s your department really.”

Naga agreed: “There’s always a flag. They had the picture of the Queen, though.”

The row further escalated when Naga liked a tweet that praised their comments and said that “flag sh*ggers” would be up in arms about the incident.

The BBC said the on-air exchange was “light-hearted” and not meant to offend, while Naga has since issued a statement apologising.

It read: “I ‘liked’ tweets today that were offensive in nature about the use of the British flag as a backdrop in a Government interview this morning. I have since removed these ‘likes’.

“This does not represent the views of me or the BBC. I apologise for any offence taken.”