While One Love Wedding Chapel wasn’t allowed to take pics (Kravis brought their own private photographer), owner Marty Frierson tells People that the couples vibes were, um, affectionate. “There was a lot of that—kissing and hugging. They barely came up for air!” he said. “They just seemed totally in love.” 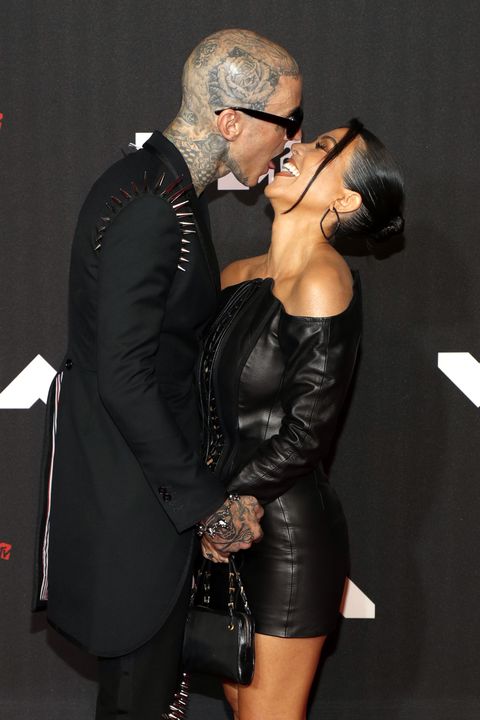 Just four (4) people total were at this wedding, with Marty confirming “They all had iPhones, taking pictures and videos from every angle. I don’t know if they were the friends or their social media team. They filmed everything from the time they walked in, to the time they walked out. The vows, the kiss, the rose bouquet toss, the dancing. I usually take pictures for the chapel but they wanted to handle it all themselves.”

Turns out Kravis decided to get married around midnight after the Grammys, and called One Love Wedding Chapel to ask if they were open. “I didn’t know who it was until they pulled up. I advertise as 24-hours but they wanted to make sure I was still there,” Marty said. “They paid and they requested Elvis Presley — that was mandatory. I called back 5 minutes later and was like, ‘I got an Elvis.’ And there they were.”

Marty also said noted the whole thing barely took a half hour, and that it was “very important” to Kourt and Travis to have “the Vegas experience.”

“They had a good time,” he mused. “They just romanced and got married. Elvis performed the ceremony. They showed a lot love and had a lot of fun.” Cool, if you need me I’ll be praying that one of those four guests was a Hulu camera person.