Kristin Cavallari is clearing the air and speaking out about the Madison LeCroy drama surrounding herself and her estranged husband, Jay Cutler. Last month, LeCroy seemingly claimed that Cutler had pursued her, posting screenshots of their text chains and a selfie with the former NFL star.

There were also rumors that Cavallari and Austen Kroll, LeCroy’s ex and fellow Southern Charm star, may have had a fling. The mother of three appeared on Kroll and co-star Craig Conover’s podcast, Pillows and Beer, this week to discuss the rumors and her relationship with Kroll.

“It was never flirty. No one hooked up with anyone, nothing ever happened,” Cavallari said of meeting up in a group with Kroll last year. “We had a really good time, then it turned into a s**t storm! What happened?!””

“Well, Austen’s, I’ve named her scorpion, scorpion happened,” Conover said. “She came on and got involved and I think if she’d never gotten involved we would have just continued being friends.” 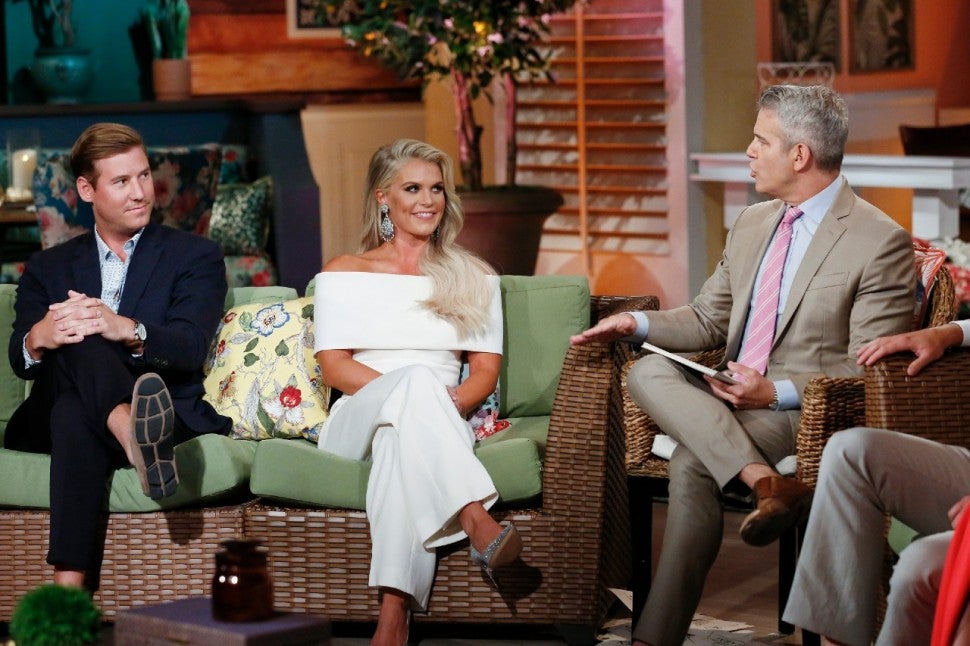 “Sucks that our exes are so jealous that they tried to torpedo our friendship,” Kroll said to Cavallari.

“It is the weirdest situation I have ever been a part of … and the fact that it’s still going on to some degree, it really has nothing to do with me!” Cavallari added.

Later in the interview, Cavallari seemingly implied that LeCroy had been attempting to get Cutler on the next season of the Bravo show.

“This girl just wants me to be seen with her and all that,” Cavallari claimed.

Cavallari, who got her start on Laguna Beach and The Hills before having her own reality series, Very Cavallari, joked of Southern Charm, “I can’t handle you guys. I don’t think I’m equipped for Southern Charm.”

Despite her issues with some reality TV, Cavallari noted that appearing on her E! show had no weight in the end of her marriage to Cutler. She and Cutler went public with their split in April 2020.

“I can honestly say [doing reality TV] did not affect our relationship at all, good or bad,” she insisted. “The fact was, I wanted to do Very Cavallari for the company and also because things were not good between us, and I was unhappy and I wanted to throw myself into work, and so… that’s just an honest answer.”

Cavallari added that she and her ex had been struggling in their marriage for quite some time.

“Jay and I had a lot of issues, and we had a lot of issues for years,” she continued. “We loved each other so much, that was never our issue, but sometimes love isn’t enough and we just couldn’t make it work. But the show had zero impact on our relationship. In fact, it probably made us more connected longer than we would’ve been, ‘cause we were forced to have conversations.”

Following LeCroy’s allegations, Cavallari and Cutler both posted the same photo together to show their united front.

“The world is full of users. 10 years. Can’t break that,” they both wrote alongside their posts at the time.

A source previously told ET that the former couple “remain friends and are both single.”

The source added, “They will always have each other’s back no matter what.”