Home » Celebrities » 'KUWTK': Kylie and Kendall Jenner Have Never Gotten Along, and Fans Think They Know Why

In the pantheon of Keeping Up With The Kardashians, the two Jenner sisters are sometimes a puzzle. Kendall is a wildly successful model, while Kylie is a makeup tycoon. They each have their own careers and their own lives and they swear that the differences between them help them get along.

And yet, despite all that, rumors of friction between these sisters never quite go away. And while they occasionally drop hints about what may be the cause of problems between them, the best way to figure out the truth is to go to the experts: die-hard KUWTK fans.

A picture started the conversation 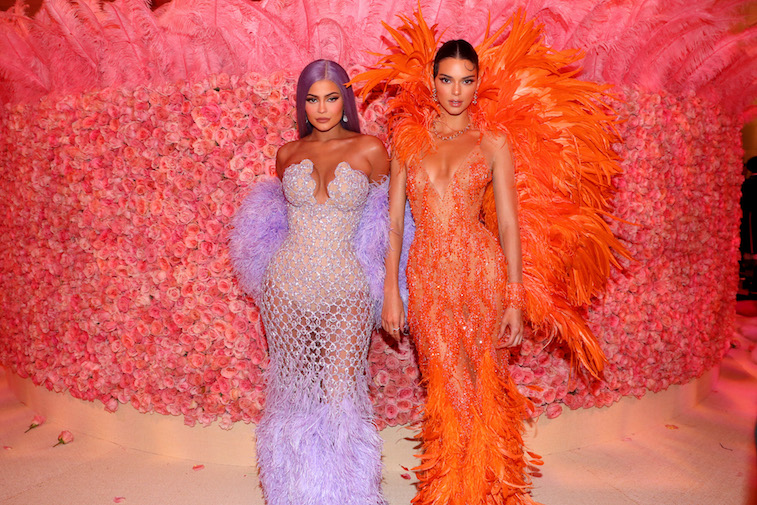 It all started with a picture of Kendall, snuggling Stormi at her second birthday party. It’s a sweet picture of a little girl and her loving aunt, but it brought up some questions in a discussion on Reddit.

People talked about how nice it was to see the two together, then noted that you see Kendall with the West kids and the Disick kids, but not hanging out with Stormi very much.

“Its weird when you think of how close Kylie and Kendall used to seem,” one fan commented. “Now, they barely seem like friends, much less sisters.”

This started a discussion of the sisters and what exactly might be going on there.

It’s hard to know from what they say

Despite all the time the KarJenners spend on camera, you can’t always be sure what’s really going on between any of them. This is especially true in the case of Kylie and Kendall. One time they claimed to be fighting, although it was just a joke…or was it?

Another time Kendall seemed to be mocking Kylie pretty harshly, but then again, all the sisters were making fun of each other. So maybe it was just sisters playing around?

It’s hard to know for sure what the sisters really feel about each other, but there’s one group of people who are pretty sure they have it figured out. Long-time fans have been watching the two interact for years now, and they have some theories to share.

Fans are pretty sure they have the Jenner sisters figured out

People have noticed that the Jenner sisters aren’t seen on KUWTK as much as the other women. The difference was explained away by Khloe, saying that it’s simply a difference in the contracts they have with the show. Whether or not it’s actually that simple, the reduction in their time on the screen gives fans fewer opportunities to study them for clues about their relationship.

But that’s not a problem, because the real fans have been closely observing the family for 17 seasons now, and they have plenty of theories. One thing they agree on? There is plenty of friction between the sisters.

Not everyone agrees on who is causing trouble

Some commenters on Reddit think Kendall is the reason the sisters aren’t close.

“Kendall treats Kylie like she’s beneath her, and the second Kylie got a friend group and a boyfriend, she stopped caring about Kendall,” one person commented. “It’s always Kendall whining about how Kylie doesn’t make time for her.”

Another fan agreed that Kendall might be the source of the problem. “My sense is that she wants to be more important to Kylie now that Kylie has clout. We’ve seen plenty of clips of Kendall subtly putting Kylie down…The negativity always seems to come from Kendall, so it’s no wonder Kylie distanced herself. Now, Kylie is the more famous sister and Kendall wants to be close again, but Kylie doesn’t need her.”

Other people thought Kylie may feel insecure, causing some of the distance. “I do think Kylie had an inferiority complex after Kendall started modeling though,” said one viewer. Another agreed, saying that Kylie “…tried to model somewhat, but you could tell she didnt want to be in kendalls shadow, nor was it a great fit for her.”

Wherever it may have started, it’s safe to say things are a little frosty between the youngest KarJenner sisters. Maybe it’s just because they’re so young and once they grow up a little they’ll make peace. One thing’s for sure: their fans will be watching to see how it works out.