To honor Lori Loughlin’s first Mother’s Day since serving two months in prison for her role in the college admissions scandal, daughters Olivia Jade and Isabella paid tribute to their ‘mama bear.’

This past Sunday marked the first Mother’s Day since Lori Loughlin completed her prison sentence for her part in the nationwide college admissions scandal. Her daughters – Olivia Jade Giannulli and Isabella Rose Giannulli – marked the holiday with a pair of heartfelt Instagram posts. Isabella, 22, posted some throwback camera film stills of herself, Olivia, and Lori. “Mama bear,” Bella captioned the shots of her and Olivia as toddlers, posing and goofing off alongside their mom.

Olivia, 21, shared a more recent picture of Lori, 56, to her Instagram on Sunday (May 9.) The black and white photo showed the former Fuller House actress in a dress as she apparently was heading for a lovely night out. Like Bella, Olivia didn’t write the words “Mother’s Day” in this Mother’s Day posting, but the sentiment was still there in her caption. “You are the best. Period,” wrote the YouTuber, along with a string of “hearts for eyes” emojis and heart emojis. Olivia also shared Bella’s IG post to her Story, as well.

Lori was released from the Federal Correctional Institution in Dublin, California, on Dec. 28, 2020, just two days shy of serving the two months she was sentenced for her role in the college admissions scandal. She and her husband  Mossimo Giannulli pled guilty in May 2020 to one count of conspiracy to commit wire and mail fraud (while Mossimo, 57, also pled guilty to an additional charge of honest services wire and mail fraud.) The couple was accused of paying $500,000 in bribes to Rick Singer and Key Worldwide Foundation to have Olivia and Bella admitted into the University of Southern California as part of the school’s crew team, either though neither girl participated in the sport. 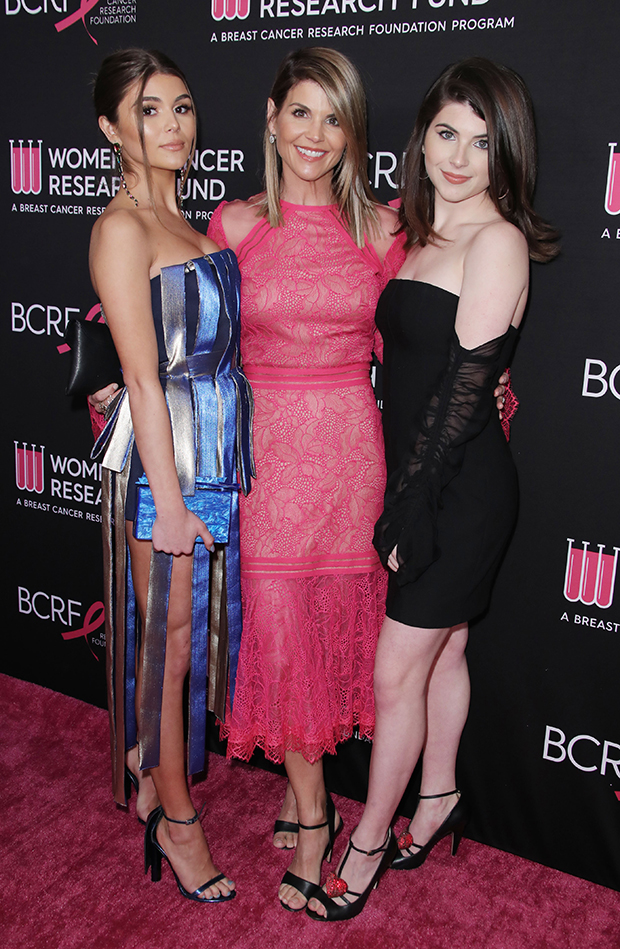 In response to the plea deal, Lori was hit with two months in jail, a $150,000 fine, and 150 hours of community service. She began her sentence in October 2020 and was home in time for New Year’s Eve. Mossimo was sentenced to five months in jail – along with a $250,000 fine and 250 hours of community service – began his sentence at a federal prison in Santa Barbara in November, but was released to home confinement at the start of April. He finished his sentence in the middle of the month.

Though Lori and Moss have completed their prison sentences, the stain of the scandal remains. It has also made them the butt of many jokes, including the one Chrissy Teigen made shortly after returning to Twitter. “I wanna go to hospitality school,” Chrissy tweeted on Apr. 27. “I am old and didn’t take my SATs. How does this work now? How do you get into school? Do I have to [Lori] Loughlin photoshop myself being hospitable?”