With celebrity journalism, negotiating access can be akin to playing tug of war. The profile might be pegged to a celebrity's new project, whether a film, album or some sort of charitable undertaking. In such a case, his or her team might grant access on the basis of that project being the article's central focus.

The journalist, however, might prefer to use the project as a jumping-off point to examine the celebrity's contributions to society. As when writing about any subject wielding a great deal of power – social influence, in this case – the journalist's ultimate goal is to paint a fair and accurate portrait. 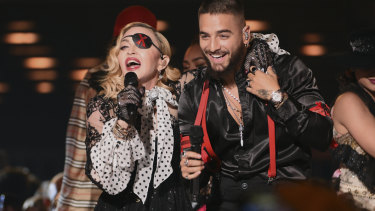 Sometimes that means including details the celebrity might consider unflattering or too personal, but which the journalist deems vital to a truthful and meaningful story. That last bit is where there can be a disconnect between the two points of view, most recently highlighted by one of the most influential pop stars in American history.

In a lengthy Instagram post Thursday morning, Madonna expressed how upset she was by a New York Times Magazine cover story titled 'Madonna at Sixty', published days before the release of her upcoming album, Madame X. She wrote that the piece, which centers on how she has navigated the pop-music world she helped shape years ago, fixates on her age and "makes me feel raped."

(She also uses this analogy in the story, after which writer Vanessa Grigoriadis wonders whether to tell her that "women these days were trying not to use that word metaphorically." On Instagram, Madonna stated that, as a rape survivor, she is "allowed to use that analogy.")

"The journalist who wrote this article spent days and hours and months with me and was invited into a world which many people dont get to see, but chose to focus on trivial and superficial matters such as the ethnicity of my stand in or the fabric of my curtains and never ending comments about my age which would never have been mentioned had I been a MAN!" Madonna wrote. She then proclaimed "DEATH TO THE PATRIARCHY" and vowed to "never stop fighting to eradicate it." 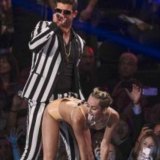 Miley Cyrus’ performance at the 2013 MTV Awards brought the term “twerk” back into popular use. Credit:Reuters

Grigoriadis does remark quite a bit upon Madonna's age, such as in a portion of the piece about how the singer has handled getting older: "I admired her for shaking off prejudice about what an older woman could be, for being creative, provocative and sexual over 60 – 'It's almost like a crime,' was the way she characterized it," Grigoriadis wrote. "She might have been doing all this for the younger generation, so that when Miley Cyrus was 60, no one would bat an eyelash if she twerked on stage."

Most readers would expect such musings after coming across the headline 'Madonna at Sixty,' which, of course, Madonna had no way of anticipating. Even after facing that line of questioning, it seems as though she had expected the profile to focus more on the music – which it still does – than on how aging has shaped that music and her attitude toward it. 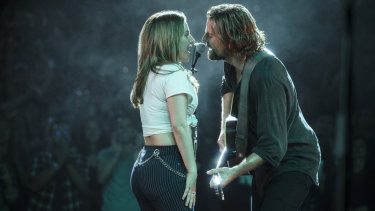 Lady Gaga and Bradley Cooper in A Star is Born.

Madonna is far from the first celebrity to publicly express disapproval of how an interview turned out. While some have done so during the conversation – the Times last year published ‘Bradley Cooper Is Not Really Into This Profile’, in which he declines to discuss his personal life in favor of focusing on his seemingly personal directorial debut, A Star Is Born – others have increasingly taken the Madonna route of airing out their grievances on social media.

Last fall, Selena Gomez, then the most-followed person on Instagram, posted several photos of herself in clothing from her collaboration with Coach. In the caption, she acknowledged that interviews are "a part of my work within an industry that's been around longer than all of us have been" but went on to say that she was "a bit bummed" by how she was portrayed in a Elle magazine profile written by Mickey Rapkin and titled ‘Selena Breaks Her Silence’.

"Speaking from my heart for over an hour to someone who puts those thoughts into paid words can be hard for me," Gomez wrote. She had intended for the piece to focus on her work with the nonprofit A21, her Coach collection and some new music, she continued, implying that she hadn't anticipated Rapkin discussing her romantic history and relationship to the Hillsong Church.

Stars of this caliber might shy away from press in an effort to control their public narrative. Some have even just started to interview each other (which close friends Jennifer Lawrence and Emma Stone did the previous month in a piece published, interestingly enough, by Elle magazine). Such instances have led many to re-evaluate the relationship between journalists and celebrities. In September, New York Times music critic Jon Caramanica declared the death of the celebrity profile.

Radhika Jones, editor of Vanity Fair, reflected on this subject in an October episode of the podcast Recode Media. She acknowledged that the magazine, which is known for its glamorous photo shoots and profiles, helped create the celebrity-industrial complex. But, she said, journalists also have a responsibility to "hold that world to account. There are just all of these truisms about Hollywood that I don't think are actually true anymore, or at the very least, they bear interrogation."

"At a certain point, when certain kinds of stories in our current moment, one has to ask oneself whether the access is helpful to the story or hurts the story," Jones continued, adding that "access isn't the be-all and end-all of journalism about Hollywood anymore."

Going along with a celebrity's vision might ensure a look "into a world which many people dont get to see," as Madonna put it. But there's always the question of how authentic that world might be.