Mary Trump reveals more information about former President Donald Trump’s health in her new book “The Reckoning.” According to The Guardian, Mary’s first book “Too Much and Never Enough” sold almost a million copies on its first day of publication.

Mary is the only member of the Trump family to break rank, and her 2020 tell-all book about Donald did not win her points with her family. In her first book, Mary leveraged her expertise as a psychologist to analyze her family’s behavior and how it shaped the former president. According to The Guardian, in Mary’s new book “The Reckoning,” she reportedly claims that her uncle Donald “is the symptom of a disease that has existed in the body politic from this country’s inception,” but that has now “metastasized.”

The website for “The Reckoning” says that “America is suffering from PTSD—a new leader alone cannot fix us.” If Mary’s new book is anything like “Too Much and Never Enough,” it will likely be a best-seller. If you want to find out what Mary reveals about her uncle Donald’s health, keep reading. 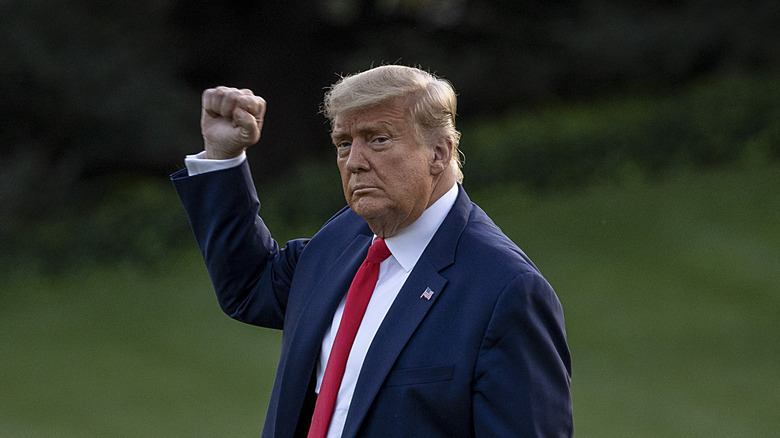 According to The Guardian, Mary Trump claimed Donald Trump was “afraid” when he returned to the White House after being hospitalized for his severe coronavirus infection. In October 2020, Donald left Walter Reed hospital after three days of treatment, dramatically returning to the White House. Mary said, “Doing his best Mussolini imitation, he took off his mask in a macho display of invulnerability. He clenched his teeth and jutted out his jaw, just as my grandmother did when she was biting back anger or clamping down on her pain. In Donald, I saw the latter.”

The Guardian reported that in “The Reckoning,” Mary analyzes her uncle and our country from a psychologist’s point of view. Mary said that when Donald returned to the White House after his release from the hospital, the then-U.S. president had a “pained expression that Mary [recognized] from her grandmother, but dared not admit his fear even to himself.”

According to The Guardian, Mary noted that “the consequences of admitting vulnerability were much more frightening to him [Donald] than being honest.” For those who want to read more about Mary’s take on Donald, “The Reckoning” will be on sale on August 17.