Megan Fox and Machine Gun Kelly spoke to ‘GQ’ about their ‘very intense relationship,’ which, according to the couple, has ‘euphoric highs.’

Megan Fox and Machine Gun Kelly‘s romance may look perfect on the outside, but in the couple’s joint interview for the Autumn/Winter 2021 issue of British GQ, they admit that their relationship has its fair share of ups and downs. “This is a very intense relationship,” Megan, 35, told the publication, after sharing that her bond with MGK, 31, has “euphoric highs.” The Transformers actress added, “Our souls chose this to absolutely have to face our shadow selves; to face things about ourselves we didn’t want to have to know, that we tried to push away.” 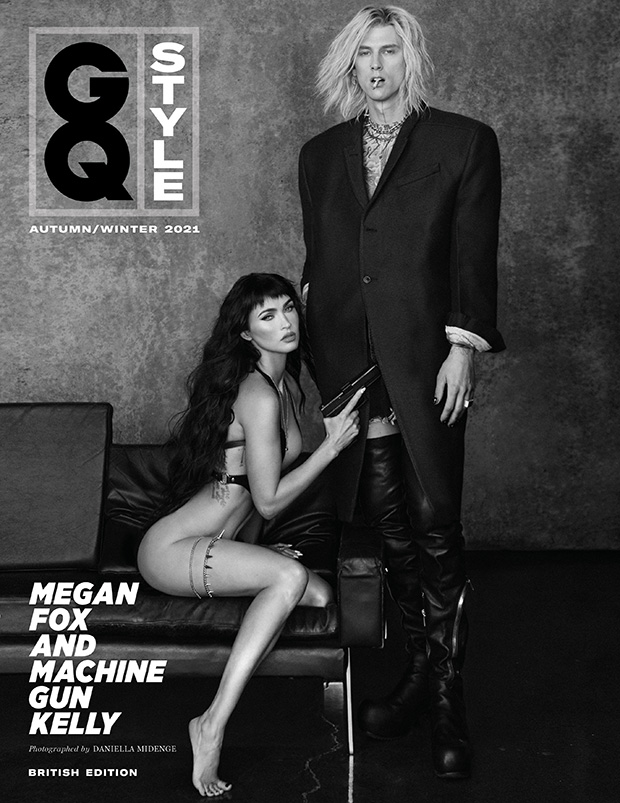 MGK, who started dating Megan in early 2020, elaborated more on the occasional flaws in the couple’s relationship. “It should be light, but also we go to hell with each other,” MGK said in the Oct. 11 interview. “It’s ecstasy and agony for sure… I don’t want people to think anything’s perfect with us. I didn’t say it was the darkest fairy tale for no reason. God help you if you would’ve met us last Saturday.” Megan agreed with her rockstar beau‘s sentiments about their romance, telling GQ, “There’s also the demonic side.” 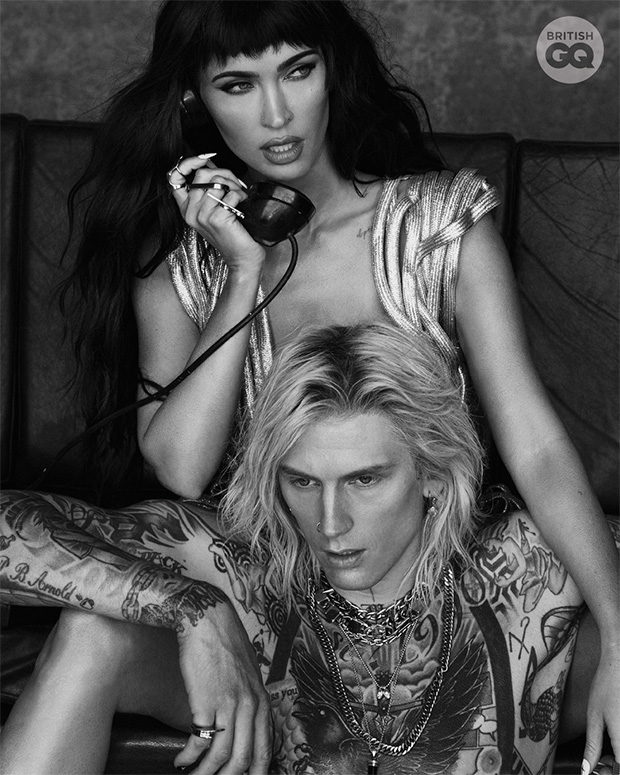 Megan stripped down in nothing but a black bra and underwear for part of the GQ shoot. The sexy superstar sat on a black couch while holding up a gun to MGK, who wore an oversized black jacket, leather pants and boots. The “Bloody Valentine” singer also had a cigarette in his mouth, and a snippet of his tattoos were slightly visible on his chest.

For more professional snapshots, Megan wore a gold minidress. Her stunning black hair lightly flowed as she posed with MGK, who this time around, went completely shirtless to give fans a look at his tattoo-filled body. The couple packed on plenty of PDA for the photoshoot, which is pretty routine for the pair. 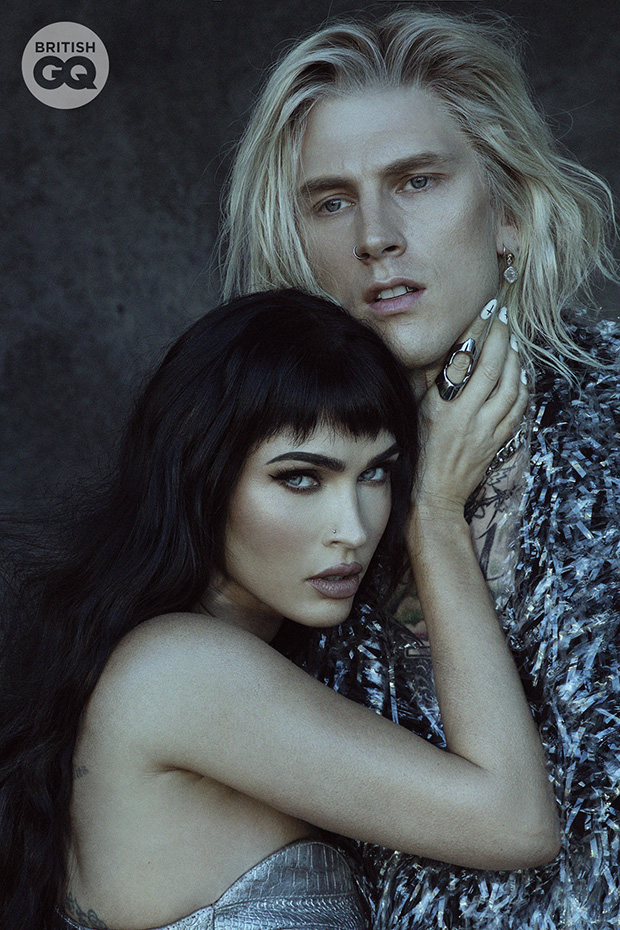 Elsewhere in the interview, Megan and MGK reflected on how they fell in love on the set of the movie Midnight In The Switchgrass early last year. “It was obvious from second one what it was going to be, but we didn’t hook up right away,” Megan recalled of the relationship. The actress later added, “I was definitely open [to] love, but I did not anticipate walking right into my soulmate like that. I was obviously over the way I had been living, and those paths lined up, those doors opened. It was [as if] all the obstacles that had kept us apart all those years [had been removed] and we were able to finally intersect.”