Home » Celebrities » Mollie King on her pregnancy: 'I just want to hold my little one in my arms'

Welcome to Metro.co.uk‘s The Big Questions, where we ask, well, the big questions (and the smaller ones too) and this week, we’re diving deep with Mollie King.

Mollie is a total all-rounder, having found success in everything from music to presenting and podcasting.

First rising to fame as a member of The Saturdays, Mollie has gone on to host her own BBC Radio 1 show, Future Pop, and is the co-presenter of the newly-rebooted Beaty and the Geek with Matt Edmonson.

She has over a dozen top 10 UK hits under her belt from her time with the girl group, where she performed alongside Frankie Bridge, Una Healy, Rochelle Humes and Vanessa White.

The band have been on hiatus since 2014, and while Mollie recently revealed she would ‘never say never’ to a reunion, the star currently has a chock-a-block work schedule.

On top of everything, the star is also preparing to welcome her first child with fiancé Stuart Broad. 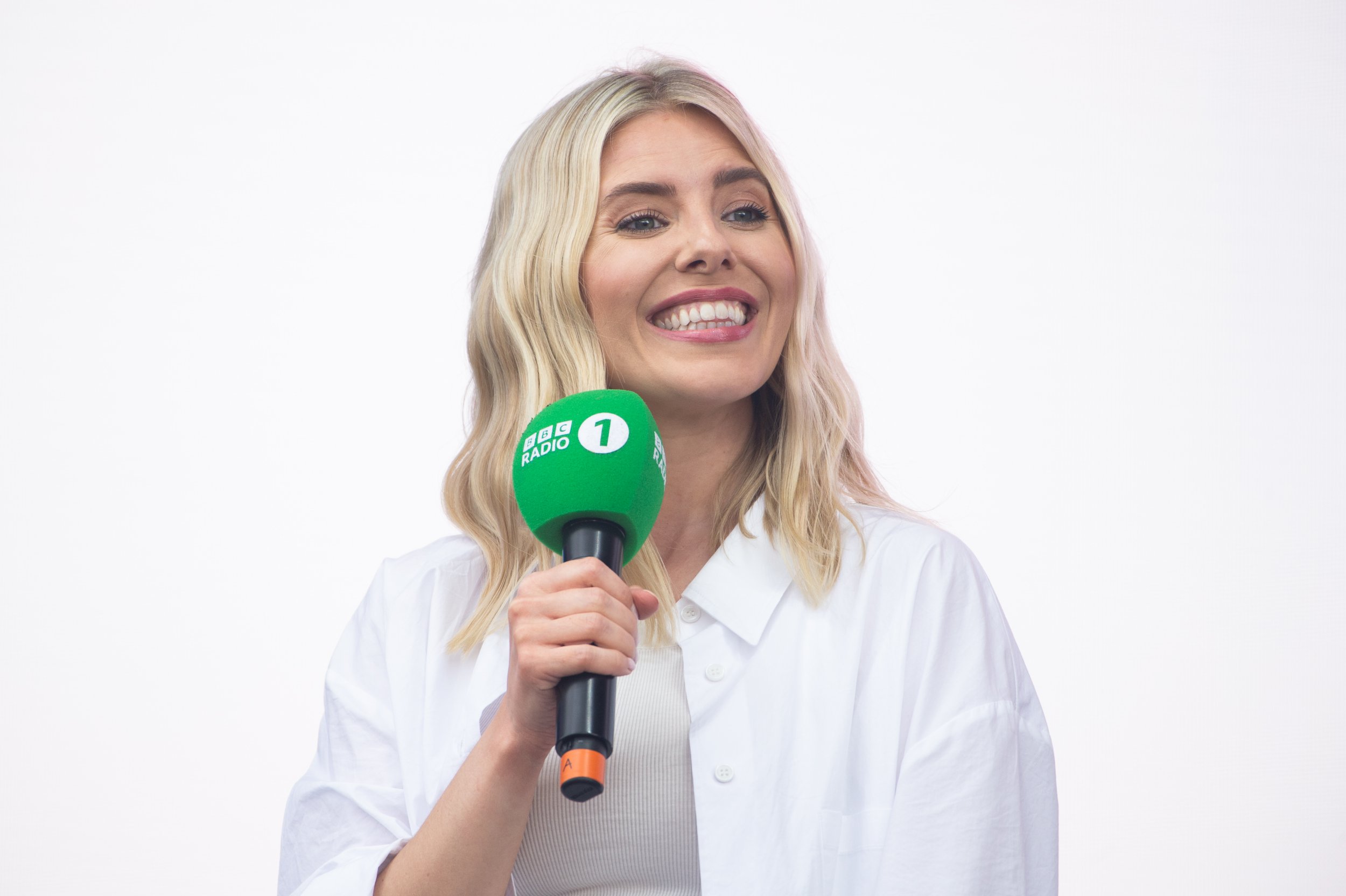 You’ve been in the spotlight for a while – do you ever get used to being famous?

‘Not really, no! I mean, I wouldn’t really classify myself as somebody that’s famous. I think that I’m fortunate that when people do come up to me, they tend to be really lovely. And they might comment on the radio show that I do, or mention The Saturdays or something. But it’s hard to kind of think of yourself as famous.

‘I think that, you know, I’m very normal. I still do things exactly the same as everybody else. It’s hard to kind of put yourself into that category, I’d say.

How did you feel about making your pregnancy announcement?

‘It was kind of a mix of emotions. I was so excited because… I’ve wanted a family ever since I can remember. So to be able to actually say, “we’re pregnant and that we’re having a baby” was so incredibly exciting.

‘But I am also somebody who is very anxious. I just didn’t want to do anything too soon, because I didn’t want to jinx anything. It’s one of those things that you don’t know how soon to announce it or share it with everybody. But we’ve been so well, we felt extremely grateful that we’re in this position and are very lucky.

‘Literally every night I get into bed, and I’m like, “I can’t believe there’s a little baby growing in me,” and Stuart is just exactly the same. We’ve been grinning ear to ear, the fact that we’re fortunate enough to be in this position. It’s something that we’re just taking week by week, and we’re having lots of scans and the NHS have been amazing. They’ve really looked after us.

‘We are really excited. But it did feel quite nerve-wracking, putting the post up and sharing it with everyone, that’s for sure.’

What are you most looking forward to about being a mum?

‘Oh, just so much! The kind of everyday activities. I’ve got two older sisters who both have children, and I just loved watching them turn into mums. It’s just been amazing, they’ve been so supportive with answering all of my questions, because I’ve had so many.

‘But I just want to hold my little one in my arms. At the moment I’m feeling kicks and I’m feeling movements in there. But I’m beyond excited and cannot wait to actually hold them in my arms, just to be able to look at them. I’m really excited about that.

‘And maybe taking them down to the park with my dog, Alfie. Just little bits like that, nothing overly fancy. Just having a little one. It’s going to be amazing.’

You became engaged to Stuart last year, how is the wedding planning going with so much going on?

‘It’s been such a busy time since we got engaged, we’re also trying to move house and obviously we’ve had the great baby news. So you can imagine there’s been a lot of kind of juggling going on.

‘We are still very much planning it. It’s still definitely at the forefront of our minds but over the last few months, we definitely turned our focus to the baby and getting everything ready.

‘But it is something we can’t wait to do. I can’t wait to walk down the aisle and marry Stuart. But at the moment, our focus is just having a happy and healthy baby and then hopefully the baby will be able to be with us on our big day.’

You do it all – music, podcasting, TV and radio – what have you got coming up that you’re looking forward to?

‘I’m feeling very happy and lucky and contented. I’ve just got Beauty and the Geek launching this weekend, which honestly, has been such a goal of mine for years and years.

‘Because I do the show at Radio One with Matt Edmondson, we get on so well, we’re literally like brother and sister. And we’ve thought for quite some time now that it’d be fun to do what we do on the radio, but on TV. So for years, we’ve been thinking about what the right projects might be. And when we were asked to do Beauty and the Geek it just felt like the perfect opportunity.

‘I’ve had so much fun filming that show! I’ve never laughed so much. The contestants were just so warm and bubbly and open and honest.

‘People love nostalgia, a lot of people remember it from years and years ago. I used to watch it with my sisters when we were teenagers. So the fact that it’s coming back I think is really exciting.

Was there any hesitation about rebooting a show with this premise in 2022?

‘I think that this series does have quite a different feel to it than the original one.

‘It’s incredibly celebratory of both the geek and the beauty, and it feels very warm. It’s one of the funniest things I’ve ever been a part of it’s, it’s so joyful, and you can just see how much the contestants learn from each other and what a journey everyone goes on.

‘People hate the word ‘journey’, but you really feel like the contestants loved their time on the show… the fact that they’re all still on WhatsApp groups together, all still following each other on Instagram, it just shows like what a warm environment it was.

‘You’ll fall in love with the characters because they’re all just so authentic and they’re so real. I just hope that people love it as much as I do.’

Would you count yourself as a geek?

‘One hundred percent yes, I am a geek through and through!

‘I think that we all have some geek in us. It’s just how much we are willing to kind of share with everybody. But I am a complete dork! I love playing chess, I’ve signed up to play chess online with people.

‘And I love just doing really geeky things. I love making a PowerPoint presentation and being quite organised with charts and tables. Even when I was younger and I used to dream of being in a pop band, I used to draw up charts of pop stars and who their managers were, who their record labels were, who were the songwriters and the producers of some of their biggest hits – like I am a proper nerd.’

Lately, a lot of artists have cancelled shows and tours for mental health reasons. How did you deal with that when you were in The Saturdays?

‘I really feel for artists at the moment because it is demanding in terms of the schedules. I think being in a band and being able to do everything with four other girls just eased that load.

‘I was doing it with my best friends, and when you’ve got those shoulders that you can lean on it is incredibly helpful. For solo artists, I can imagine it must be very lonely. There’s a lot of time on the road, you’re away from family and friends.

‘I think that we as society have come such a long way in all of that, because [mental health] wasn’t spoken about so much. But I think that the fact that people are brave enough, and open and honest enough now, to talk about it, I think it’s such a powerful thing, because I myself have definitely suffered with a lot of anxiety.

‘It feels really nerve-racking and intimidating to admit that you suffer from these things. I remember during Covid, I put something up on my Instagram, and I hadn’t really spoken a lot about having anxiety. And it felt quite daunting because you don’t know how people are going to respond. I am very aware that I’m very lucky in terms of that I’m living my dream job and stuff, but it was something that I really did want to share with people.

‘And people were so kind and really helpful. And a lot of people said, “You know, what, Molly, I’m feeling the same.” I think that just knowing that other people are going through that does give you that comfort.

Radio has traditionally a male-dominated industry. Do you feel like you had to fight to make your voice heard, or are things changing for the better?

‘Honestly, [BBC Radio] have been so supportive here. From the day that I joined they felt my passion for pop music and my passion for supporting up-and-coming artists because I’ve lived and breathed it.That moment of knowing your song’s getting played on the radio, I know how much that means to artists.

‘They’ve kind of recognised my passion and my love for it, and the fact that they’ve gone, “we’re going to give you your own show here, all about pop music,” which has never existed before, is so encouraging.

‘I know I’ve never felt like there are barriers here. If anything, I think that they’re so good at looking out for you and looking out for what your dreams are and what your goals are, it’s a very open environment. And for a while, I’ve been saying about wanting to do a show of my own and now it’s happened, it’s kind of a pinch me moment.

‘It’s just so nice that I can kind of share my passion for new artists with people and just keep people company in the evenings.’