Like all of us, Barry Livingston is ready to have some fun.

The actor recently teamed up with several stars for “The Hollywood Museum Squares,” where fans of the beloved game show can watch new videos on demand. Each show features a special greeting from legendary “Hollywood Squares” host Peter Marshall and is hosted by Tom Bergeron, John Davidson, Marc Summers, Patt Finn and Bruce Vilanch.

Some of the many celebrities participating in this special include Livingston, as well as Loni Anderson, Gilbert Gottfried, Donna Mills, Jerry Mathers, Alison Arngrim and Rich Little – just to name a few. Proceeds will benefit The Hollywood Museum, which has kept workers employed during the coronavirus pandemic.

The former child star famously appeared in “My Three Sons,” a sitcom about a widower (Fred MacMurray) who raises his boys with the help of his father-in-law and later, the children’s great-uncle. The series aired from 1960 until 1972.

Livingston spoke to Fox News about participating in “The Hollywood Museum Squares,” what it was really like filming “My Three Sons,” as well as how he successfully led a decades-long career in Hollywood.

Fox News: John Davidson was your host for “The Hollywood Museum Squares.” What was that like?

Barry Livingston: I was very impressed by his hair still *laughs*. Wow, I don’t have any! But seriously, he was great. It’s a tough job, but actually seeing it and the way it was produced was fantastic. We obviously had to do it by Zoom so we couldn’t all be in one place. But it’s trickier to keep that rhythm virtually. It’s not as easy as it seems. So it was so fascinating to see John at work. What can I say? He did it well. He’s a professional.

Fox News: Who were you most excited to see and why?

Livingston: Gilbert Gottfried. He’s quite funny so that was a thrill to see him be a part of this… But you know, I was a fan of [the original show] before I became a participant. So it was honestly exciting just to be in a square… I think for me, it was that experience of being a fan of the show and its early incarnation, and now actually sitting in a square that truly made it for me. That chance to field questions and come up with some kind of brainy answer or give them a straight answer… it was a ball. 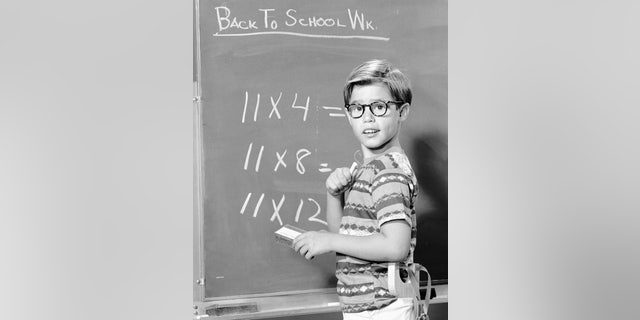 Fox News: Many fans remember you from your time playing Ernie Douglas on “My Three Sons.” How did you get the role?

Livingston: I was acting prior to doing “My Three Sons.” I was already a pretty well-established actor. I was filming “The Adventures of Ozzie and Harriet.” I did 16 episodes of that as a return character… So the producers knew of me and my brother Stan who played Chip in “My Three Sons.” Tim Considine, who played Mike Douglas, wanted to leave the show. He had other things in mind. So they were looking for somebody to come in and keep things together. The idea was hatched to bring me on as the adopted son. And that’s how I came on.

Fox News: What’s one memory from your time filming the series that still makes you smile whenever you think about it?

Livingston: The times we got to spend with William Frawley who played Bub on “My Three Sons.” Of course, many people remember him as Fred Mertz on “I Love Lucy.” He loved to make me and my brother laugh by saying outrageous, sometimes quite vulgar things. When you’re eight or nine years old, it just cracks you up.

Fox News: How would you describe William Frawley as the actor versus the characters we know him as?

Livingston: He wasn’t too far from the characters that he played. He was a very well-known, established character ac even before “I Love Lucy.” And in those days, when it came to doing a television series, there were only three networks. And when you tune in to a TV series, 25 million other people were watching. So his fame really exploded. But on set, he just loved to make my brother and I laughed. 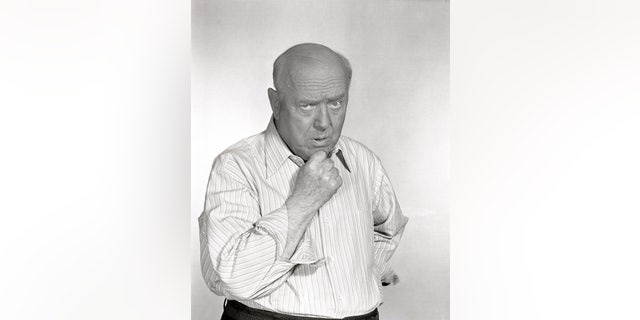 William Frawley passed away in 1966 at age 79.
(Photo by Walt Disney Television via Getty Images)

Fox News: What was it like working with your brother?

Livingston: We got along great. Stan and I are still the best of friends and we were the best of friends then. I was happy to get on equal footing with my brother. He was famous. He was on a huge television series. I was an actor working, but it kind of leveled the playing field. Suddenly we were both on the same big TV series and it was fantastic. But on a personal level, it was fun to hang with my big brother. And the cast was a blast. They were all great guys to me. So it was one big happy family.

Fox News: What do you believe was the secret behind the show’s success?

Livingston: I think it broke away from what was the normal depiction of the American family back in the late ‘50s, early ‘60s. In shows like “Father Knows Best,” you had the matriarch who made sure the household was immaculately cared for. The wife was wearing a dress. Dad’s wearing a cardigan sweater. The boys are very well-mannered. It had this more “Pleasantville” aspect.

But in “My Three Sons,” it was a dysfunctional family of sorts because there wasn’t a woman in the house. That was the novelty of the show. It was an all-male household and Fred MacMurray played a widower. The kids jumped over the banisters. We did dishes. The dog was sleeping on the sofa. I think the American public looked at that and went, “Oh, that’s more like us.” I think it brought a touch of reality in terms of what American families looked like back in the early ‘60s. 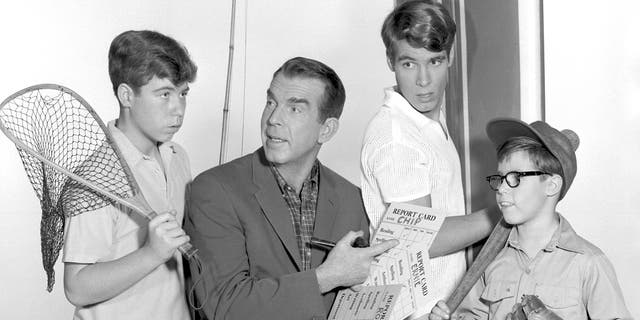 Fox News: How did you escape the so-called child star curse we often hear about?

Livingston: I’ve been very lucky in that I continue to work. Most recently, I was in “Bosch.” So I feel very fortunate. My parents were very aware of the pitfalls of fame – or lack of after your big television series gets canceled. They kept on me all the time about getting an education. You know, what do you want to do with your life when this is over? I tried a number of times to go to college, but I kept getting parts that would take me away for six weeks or so. And then another TV movie or feature film would be available.

So I was lucky that I kept working and earning money after “My Three Sons” was over. It encouraged me to perhaps entertain the idea that maybe, I could do this as a long-term career. But with that said, I’ve had downtime. You’re just like any other actor in town trying to get a start and restart. It can be tricky as an adult. So I took the time to study. I went back to New York, worked on Broadway and off-Broadway. I got advice from people like Roddy McDowall, who was a child actor himself. He was one of the first people who said, “You must go to New York, you must learn your craft and not just rely on your cuteness, because you’re not so cute anymore once you’re 20, 22.” And I wasn’t necessarily handsome either. So I thought, “I better start developing some skills.”

But looking back, I think that played a big role in me having a pretty strong foundation. My parents always told me, “Don’t sit back and just think that fame is going to be automatically given to you or jobs will always be given to you. You have to work for it.” It’s not easy to be prepared for failure and rejection. I always had in the back of my mind, perhaps somewhat fearfully, that I needed to keep learning and trying new things. I did theater and whatever I could to keep honing my skills. 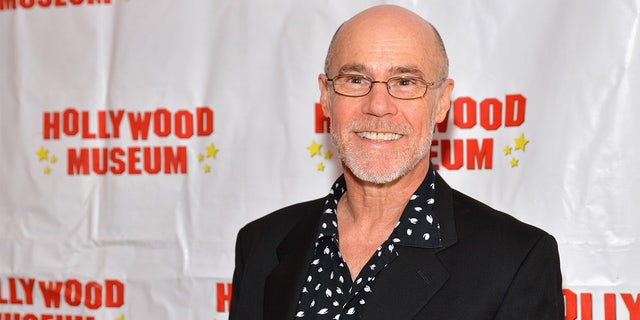 Fox News: What has kept you going as a performer?

Livingston: This is going to sound cliché, but a part of my strong foundation is my wife. We’ve been together for 40 years. That emotional stability in your life, whether you’re an actor or not, is pretty darn important. When times would get tough, she was always there. And thank God for that. I have somebody who is very supportive and level-headed. She helped me navigate those tough periods. That’s the real answer to it. I have a great family and I was able to have a couple of kids and become something more than just an actor trying to pursue his next job. And I was lucky enough to find a great woman who’s helped me through my life.

Fox News: What do you hope audiences will get from your appearance on “The Hollywood Museum Squares”?

Livingston: I hope they get sheer entertainment, a diversion from their day-to-day. That’s what it was for me. I think people are more than ready to be entertained and break away from the pains of last year… It provides a very nostalgic look back to an era in a very fun way. It’s just pure entertainment and I think that’s something we could all use.