A new Netflix hidden-camera prank show is causing an uproar over its premise of targeting people believing they're starting a new job.

The streaming giant has ordered eight episodes of "Prank Encounters," which is being hosted and produced by "Stranger Things" star Gaten Matarazzo and is set to launch later this year, Deadline reported.

"Prank Encounters" is described as a "terrifying and hilarious prank show" that "takes two complete strangers who each think they’re starting their first day at a new job" and that it’s "business as usual until their paths collide and these part-time jobs turn into full-time nightmares." 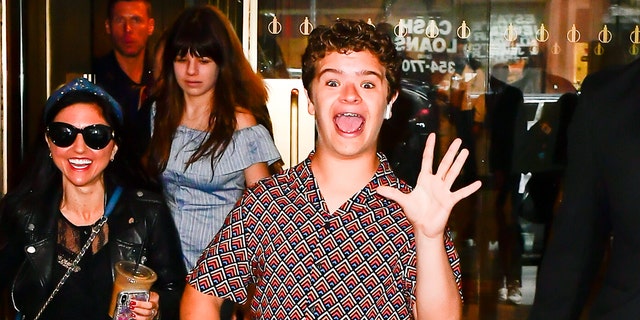 "Props to Matarazzo," AV Club's William Hughes writes. "This is a far scarier premise than any monster that’s ever crawled out of the Upside Down."

The show is just one of many projects for the 16-year-old Matarazzo. The New Jersey native also raises awareness of cleidocranial dysplasia, the disorder he has been living with, which affects his bones and teeth, and also performs in a band, among other activities, Deadline reported.

The Netflix series was blasted on social media.

Netflix did not immediately respond to Fox News' request for comment.