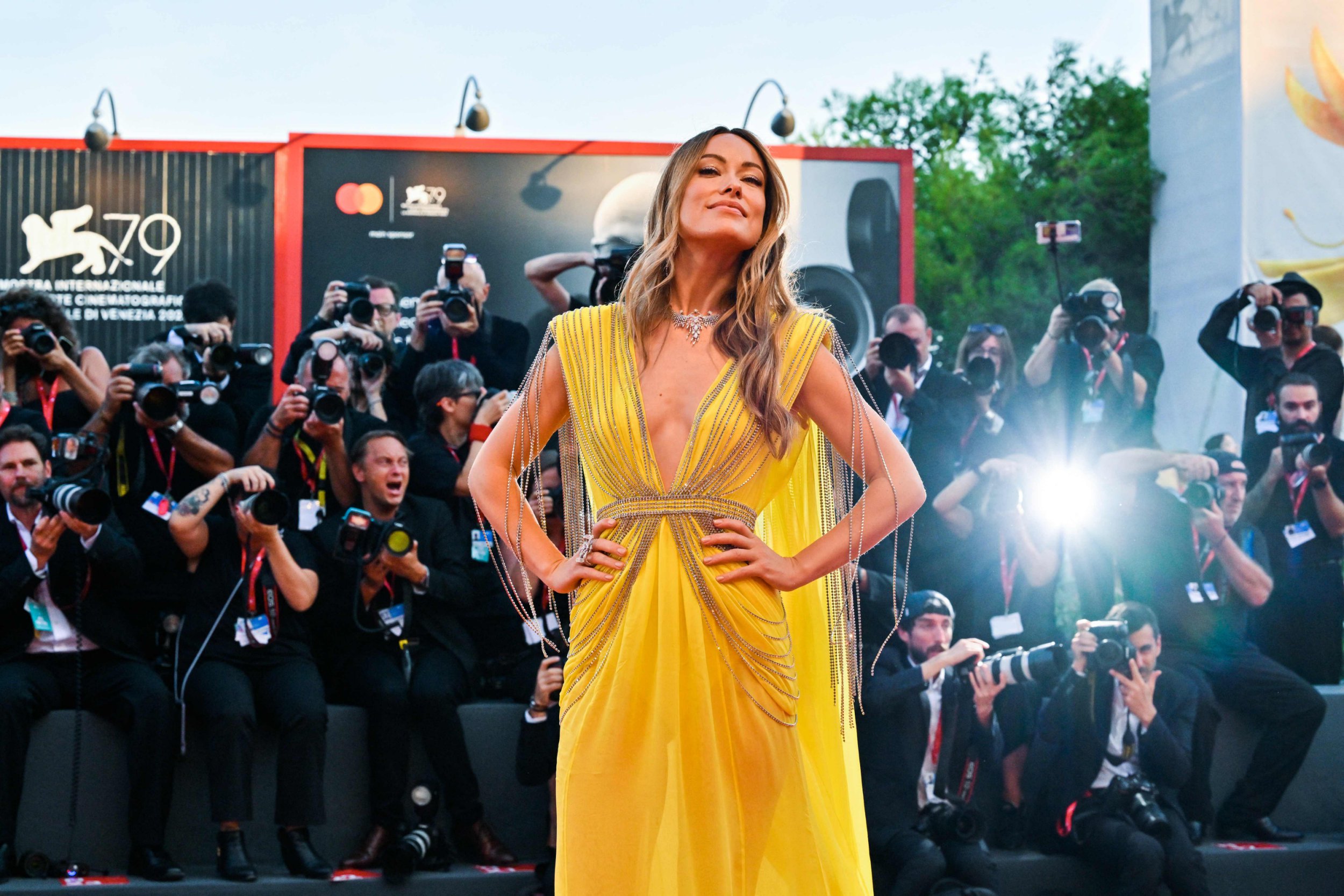 Olivia Wilde has spoken out against the controversy surrounding Don’t Worry Darling once again, after rumors of a feud with Florence Pugh.

In case you’ve been hiding under a rock for the last few months, there was intense speculation that all was not okay behind the scenes of the psychological thriller, which was directed by the OC actress and also starred Chris Pine, Harry Styles and Gemma Chan.

The rumormill went wild when Florence, who played the leading role of Alice, limited her promotion of the film to just the Venice Film Festival, before skipping the cast press conference to only appear on the red carpet.

Despite doing her best to squash the claims, the filmmaker was met with constant questions and speculation into exactly what happened, something that has left her unhappy.

Speaking to Elle Magazine as part of their Women in Hollywood series, the mom-of-two fumed: ‘This film is trying to ask big questions, but [it’s] “Let’s just focus on this sideshow over here”.

‘Having been a known figure for a while…makes me well-equipped to have a Teflon exterior. But it also means that you’re under a different kind of microscope. It’s brought my attention to the media and how it pits women against one another.

‘It is shocking to see so many untruths about yourself traded as fact.’

Olivia also had nothing but praise for Florence once again, despite more reports of alleged backstage tension since the film finally hit the big screen.

‘She’s so generous in her acting in every scene. She makes everyone around her better,’ she added. ‘Florence had a really wise comment that we didn’t sign up for a reality show.

‘And I love that she put it that way, because it’s as though the general public feels that if you are making something that you’re selling to the public, you somehow have accepted that your life will be torn to shreds by a pack of wolves. No, that’s actually not part of the job description. Never was.’

Florence has remained tight-lipped over reports that there were issues on set, but did share her support for Olivia on Instagram upon the film’s release.

The Booksmart director also heaped praise on the Midsommar actress in multiple interviews – she told Vanity Fair: ‘Florence did the job I hired her to do, and she did it exquisitely. She blew me away. Every day I was in awe of her, and we worked very well together.

‘It is ironic that now, with my second film – which is again about the incredible power of women, what we’re capable of when we unite, and how easy it is to strip a woman of power by using other women to judge and shame them – we’re talking about this.’

Discussing the star’s highly-publicized lack of promoting for the movie, she added: ‘Florence is one of the most in-demand actresses in the universe. She’s on set on Dune. I gather that some people expect for her to be engaging more on social media.

‘I didn’t hire her to post. I hired her to act. She fulfilled every single expectation I had of her. That’s all that matters to me.’