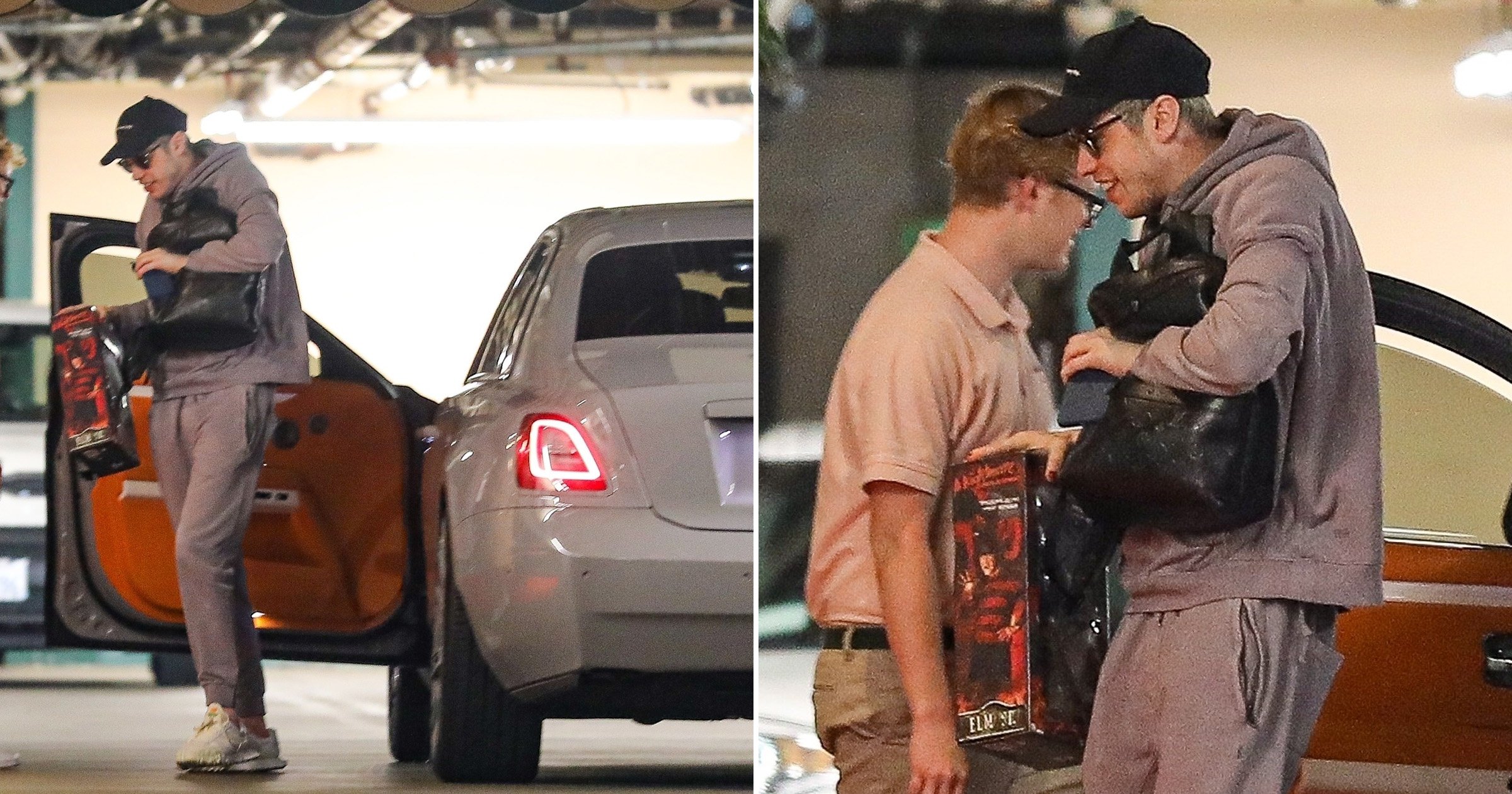 Pete Davidson is getting pretty comfortable with new lover Kim Kardashian after he was spotted driving around in her custom Rolls Royce.

The Saturday Night Live comedian, who has been romancing the Skims boss since October, looked very cheerful as he pulled up to the Beverly Hills Hotel on Wednesday night in what was clearly Kim’s grey Rolls customised with orange interior.

Kim, 41, was nowhere to be seen as Pete, 28, emerged from the vehicle carrying a doll of Freddy Kreuger from A Nightmare on Elm Street in a box and wearing a big smile as a valet took the keys.

The couple have been pictured spending time together at the Beverly Hills Hotel on multiple occasions, including two breakfast dates in the past couple of months.

It comes days after the pair enjoyed a whirlwind trip to New York last weekend with Kim intending to accompany Pete at SNL before the episode was significantly stripped back due to Covid safety measures.

However, they weren’t stuck for plans as Pete hired his favourite cinema in his hometown of Staten Island to host a private screening of House of Gucci. It was also an opportunity for Kim and Pete to double date with her sister Kourtney’s former partner Scott Disick and his female companion.

It’s likely Kim and Pete will be separated for a while now as it’s believed they will not be spending Christmas together.

Instead, Kim will be spending the holiday with her four children; North, Saint, Chicago and Psalm, who she shares with estranged husband Kanye West.

A source told People: ‘She had a good trip to New York. Pete took Kim to some of his favorite places. She had fun. Kim is celebrating Christmas with the kids and won’t see Pete.’

Kim and Pete’s romance is said to have started after they shared a kiss during an SNL sketch in October. After weeks of reports about secret dates, their relationship was confirmed when they were pictured kissing and holding hands.