Emma Stone is preparing to welcome her first child. The 32-year-old actress was spotted running errands in Los Angeles on Saturday.

ET learned last month that Stone was expecting her first baby with husband Dave McCary; she and her baby bump have been photographed out and about several times over the last couple of months.

Stone kept it casual for her outing on Saturday, as she sported comfortable black leggings and a long denim shirt. The Oscar winner paired her look with black loafers and a matching black bag, and wore sunglasses and a white face mask.

A source tells ET that pregnancy has not slowed Emma down one bit. “She’s been keeping super busy during her pregnancy,” the source shares. “She’s been working a lot and staying really active.” 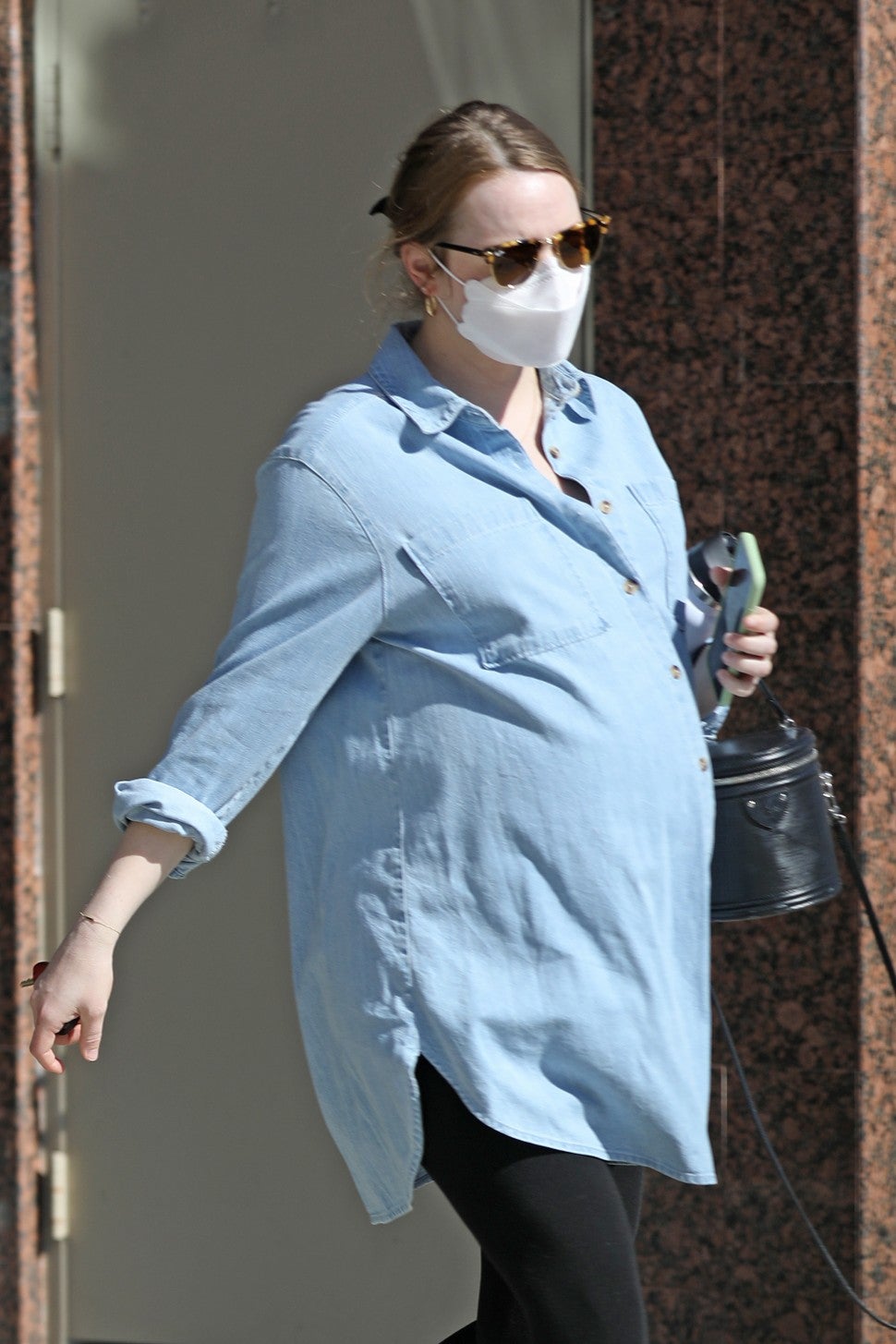 A source told ET last month that “it’s been so nice” for Stone and MCary to have time together at home before welcoming their baby.

“They’re going to be the best parents; they are both great with kids and they make such a great team,” the source said at the time.

Stone and McCary, a segment director at Saturday Night Live, got engaged in December 2019 after dating since 2017. According to multiple reports, the two secretly married.

In May, they sparked speculation that they had already tied the knot after she participated in a video interview with Reese Witherspoon, and fans noticed a gold band on that finger.

Fans also took note of her comments while talking to both Witherspoon and Dr. Harold Koplewicz of the Child Mind Institute during the chat, when while the trio was discussing anxiety, Koplewicz joked, “If you marry an anxious man, you’re going to have to know me the rest of my life.”

“Thankfully, I didn’t do that,” Stone responded.

See more on Stone in the video below.