The Celebrity Circle stars Pete Wicks, 32, and Sam Thompson, 27, will try their best to convince players they are Rachel Riley, 35, as part of the new Channel 4 series for Stand Up To Cancer. The Countdown star reacted to the announcement on Twitter today.

The post read: “Some of the celebrities in #TheCelebrityCircle will be sharing one apartment and one profile.

“Including @P_Wicks01 and @SamThompsonUK, who hope they have the brains to convince the other players that they are… Rachel Riley #TheCircle.”

One Twitter user wrote: “This will be TV gold!” 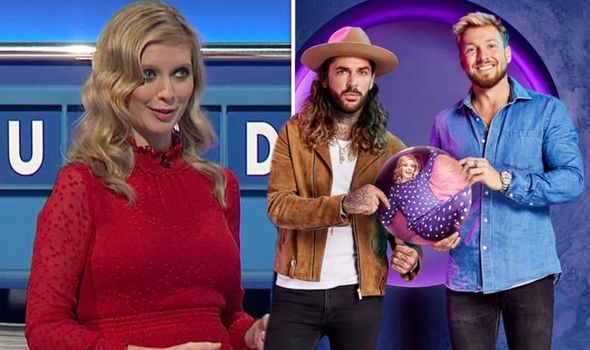 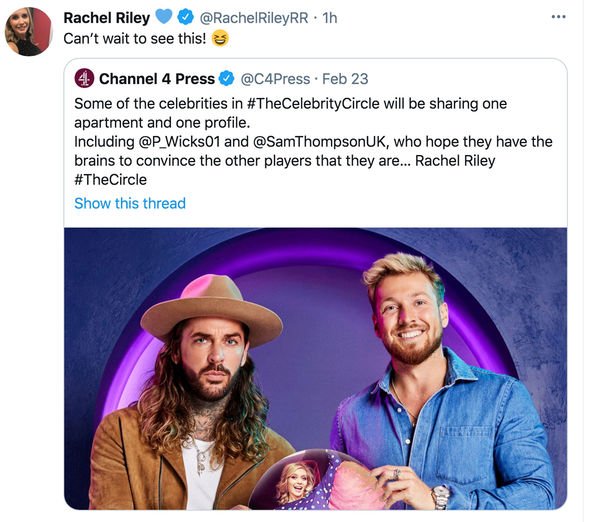 “Something to add to the calendar,” a second commented.

For the first time ever, a group of celebrities move into the famous apartment block for charity.

Some of the celebrities are playing as themselves in the game, while others are catfishing as another celebrity identity altogether.

The ones catfishing are hoping to convince the other players that they are the real deal. 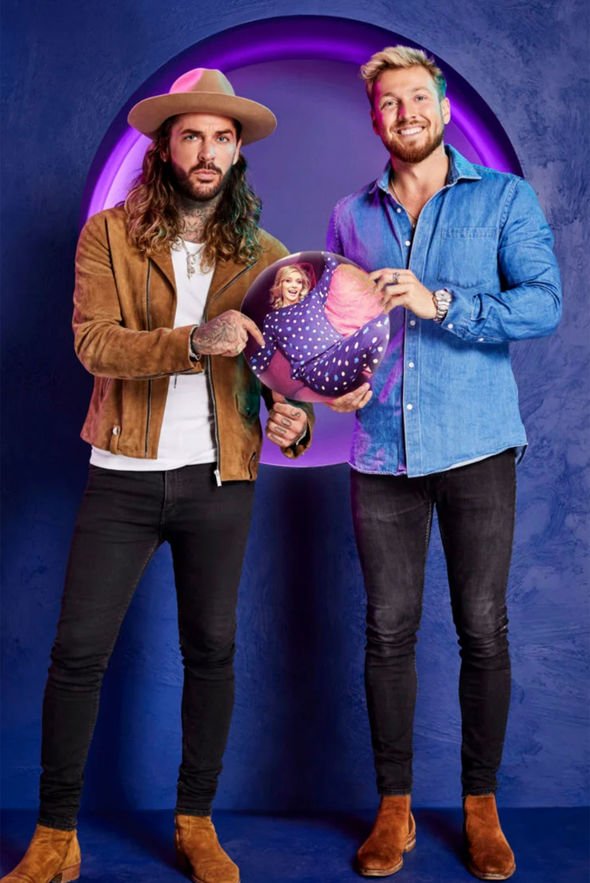 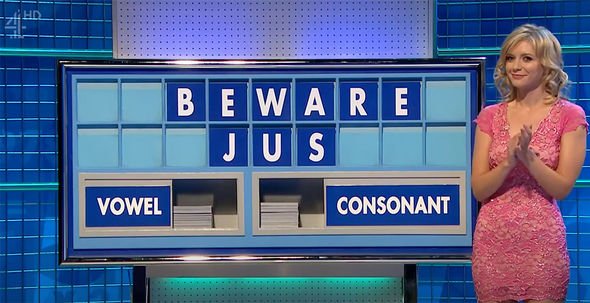 Pete and Sam joked pretending to be Rachel could cause a “six-day migraine,” according to Telly Mix.

Sam described his time on the show as a “the best week of [his] life”, while Peter joked it was the “worse” of his.

The former added: “We played Rachel Riley, and as it turns out we actually played better women than we do men.”

Celebrities starring as themselves include; Denise van Outen, Duncan James and Saffron James.

The celebrities catfishing include Kaye Adams and Nadia Sawalha as Gemma Collins and Lady Leshurr as Big Narstie.

Rachel has been a maths whizz on Countdown since 2009 following Carol Vorderman’s departure.

After finding fame on the show, she became a contestant on Strictly Come Dancing in 2013 with dance professional Pasha Kovalev.

Following their stint on the show, they went on to date and tied the knot in 2019.

The pair announced their surprise marriage news on Instagram while Rachel was pregnant.

Later that year, she gave birth to their daughter Maven in December.