Rachel Riley, 33, got candid about her pregnancy as she provided commentary at the Soccer Aid 2019 match at Stamford Bridge. The Countdown presenter appeared on the ITV show ahead of the charity game in aid of Unicef alongside The Inbetweeners star Blake Harrison, 33, and James Nesbitt, 54. Rachel, who is expecting her first baby with former Strictly Come Dancing professional Pasha Kovalev, 39, glowed in a pretty floral shirt, which clung to her baby bump. The TV personality tenderly rested her hand on her blossoming stomach as she revealed how far along she is in her pregnancy for the first time.

Rachel, who is a dedicated Manchester United fan, got onto the subject when she gushed about the inclusion of female football players in the match.

Speaking to host Dermot O’Leary, 46, the expectant mother said: “I am excited today because finally there’s going to be a Rachel on the pitch,

“It’s the first year with women, Rachel Yankey and Katie Chapman as well.

“I was doing a bit of of reading on them coming over and she is incredible.”

While continuing to show her admiration for the sportswomen, she divulged: “I am four months pregnant and have been sleeping for the last four months.

“But she trained up until two weeks before she gave birth. It’s ridiculous.” 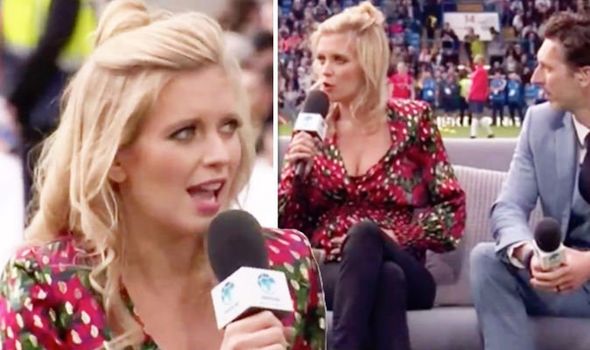 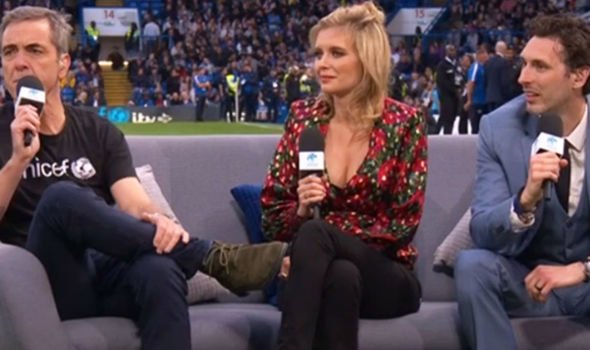 Earlier in the evening, Rachel snapped a selfie with her fellow celebrity pundits, actors Blake and James.

She excitedly captioned the photo in view of her 643,000 Twitter followers: “It’s time! #SoccerAid @socceraid @unicef_uk.”

The mathematics expert’s followers took to the comments section of her post to share their thoughts before kick off.

One wrote: “Always good to see you on my telly box. Congratulations on your pregnancy Rachel.”

Another added in reference to Man United supporter James: “A United fan behind you.” 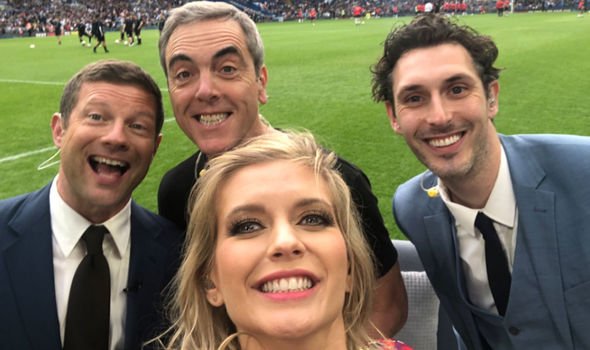 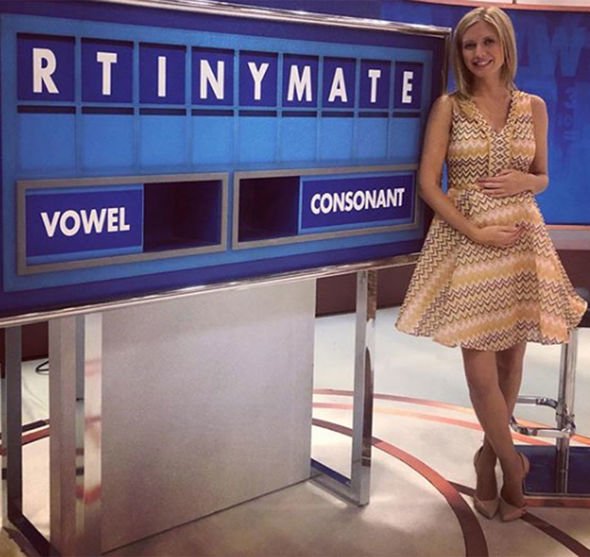 On Friday, Rachel opened up about her unborn baby with her boyfriend Pasha on Celebrity Gogglebox.

The couple discussed whether they knew if they would be having a boy or a girl on the Channel 4 show.

The Countdown favourite told the ballroom and latin dancer: “It’s too early.

However, she also admitted: “But they said it was too early so I might just be insulting our son.”