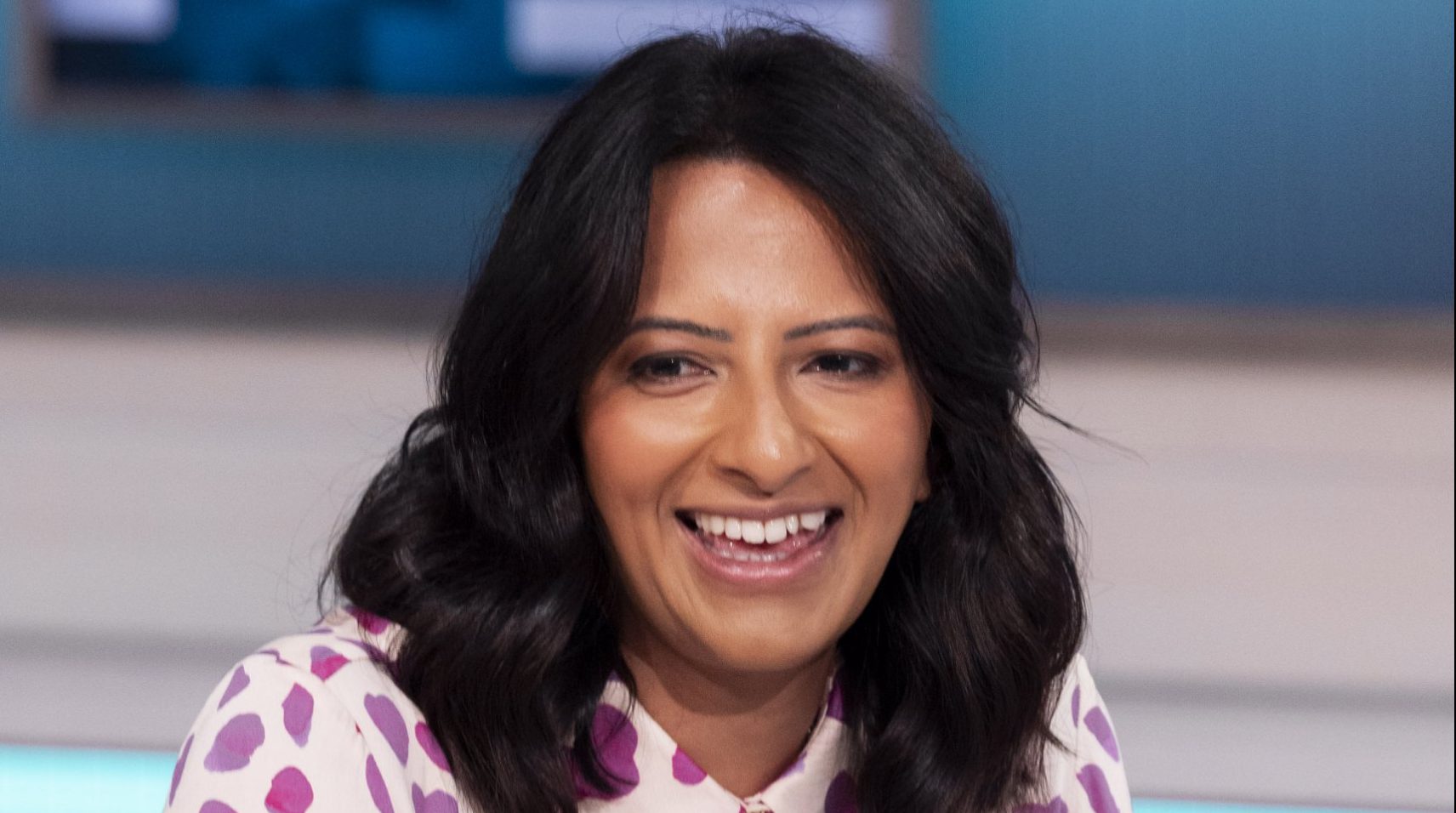 Ranvir Singh has confirmed she is ‘happy’ and in a relationship with a Strictly Come Dancing producer.

The Good Morning Britain presenter struck up a romance with Louis Church when they met on the BBC One series last year.

Louis, 26, worked as a production secretary on the programme when Ranvir, 44, was appearing as a contestant alongside dance pro Giovanni Pernice.

The TV presenter was spotted out with Louis for the first time when they attended Capital’s Jingle Bell Ball with Barclaycard at London’s O2 Arena on Saturday, along with her son Tushaan, 10.

A source told the publication: ‘Ranvir and Louis have been dating for a few months and are totally in love.

‘She has met his family and went to his aunt’s wedding with him last week. And it’s obvious Louis has taken a real shine to Tushaan.’

The insider continued: ‘They both are clearly madly in love and were holding hands nearly all day. They have incredible chemistry.

‘Ranvir was beaming with happiness as she watched Louis and Tushaan together. Louis couldn’t stop smiling either and he looked really proud as Ranvir posed for pictures with fans.’

‘They seemed like a really happy family unit. It’s so great to see Ranvir so happy again,’ they added.

Shortly before her stint on Strictly, Ranvir revealed that she had divorced her husband, Ranjeet Singh Dehal, after eight years of marriage.

In an interview with Woman and Home magazine, she said at the time: ‘It’s hard work being a working single parent.

‘I struggle with an enormous amount of guilt with my son and not being there when he goes to school. We’re very attached to one another because it’s just me and him.’

She added: ‘I do get quite tearful sometimes and I worry he’s going to hate me when he grows up because I was never there.’

When asked about the reason for their split, Ranvir refused to divulge details explaining: ‘I keep my private life private, mainly to protect Tushaan.

‘It’s important that he learns things about my decisions from me and not from mums talking at the school gates. I think it comes down to how you feel about your own story.’