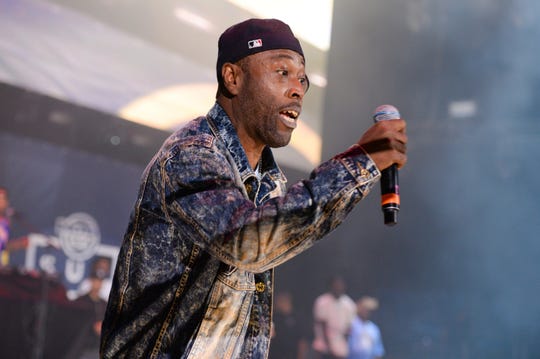 Black Rob died Saturday in Atlanta, according to longtime friend and former labelmate Mark Curry, who said he was holding the hip-hop performer’s hand at the end. He’d been hospitalized and suffered multiple health problems in recent years, and died of cardiac arrest, Curry said.

“Rest in power, King,” Diddy wrote on Instagram. “You have made millions of people all over the world feel good and dance!”

Born Robert Ross and raised in Harlem, New York City, Black Rob started rapping even before he became a teenager. After signing to Bad Boy, he made striking guest appearances alongside labelmates in the 1990s and early 2000s, including Diddy’s “Bad Boy for Life” and remixes of Total’s “What About Us” and 112’s “Come See Me.”

His debut album “Life Story,” released in 2000, peaked at No. 3 on the Billboard charts and went platinum, led by the infectious single “Whoa!”

”‘Whoa!’ carried us through a significant point of our time in hip-hop,” Curry said. “He always felt like he took the label on his back.”

His second album, “The Black Rob Report,” was his last with Bad Boy, and his career stalled due to legal troubles. He served four years in prison in connection with a 2004 hotel robbery.

Curry said Diddy had helped Black Rob financially over the years and was paying for the rapper’s funeral.