Rolando “Rollie” Romero will have the Royal Badness on his side when he faces Gervonta Davis next weekend … ’cause the boxer just copped some “Purple Rain” boxing shoes — complete with a portrait of Prince!!

TMZ Sports has learned … the 14-0 boxer hit up Houston artist Aztek Kustoms to get custom-made kicks for his WBA lightweight title match against Tank.

Now, Rollie is a HUGE Prince fan … so it was only right to pay homage to one of the greatest musicians of all time during the huge event — and, what better song than “Purple Rain”?!? 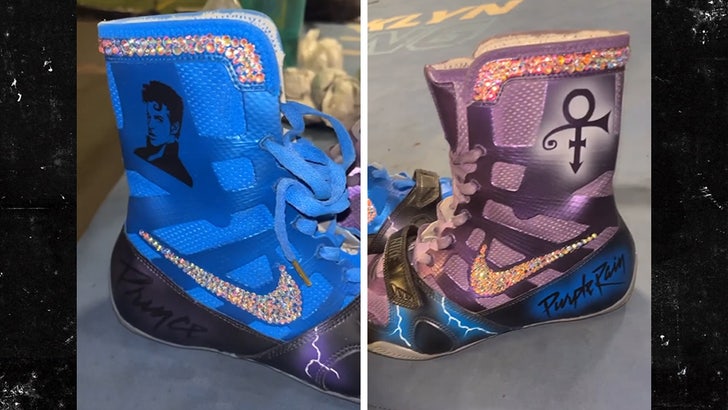 Aztek used extra rhinestones and bright colors to create the “Purple Rain” theme … and Prince’s iconic symbol and portrait are etched on the sides of the shoes.

We’re told it took eight hours to complete … and Aztek is super hyped to see the 26-year-old wear ’em in the ring at the Barclays Center in New York on May 28.

“It’s pretty exciting,” Aztek said. “it’ll be my first pair of shoes being worn in a major fight!” 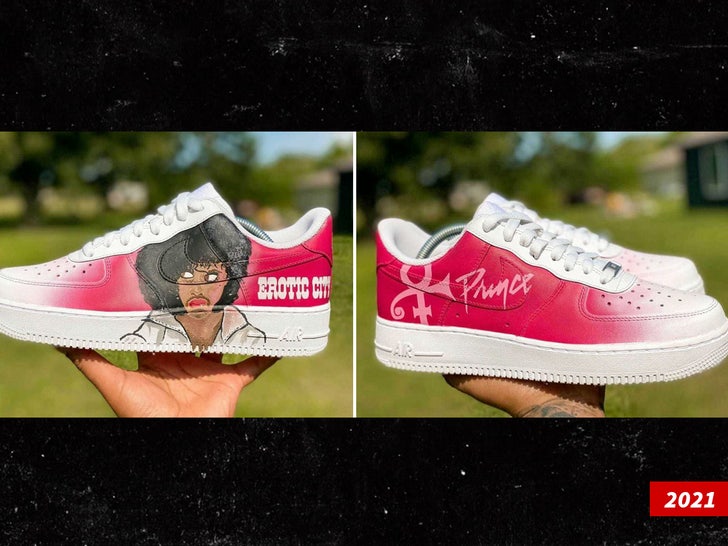 Prince — who sold over 150 million records worldwide — would be proud. RIP!