Eric Weinberg, 61, was taken into custody by police on Tuesday after the Los Angeles County district attorney filed 18 sexual abuse and assault charges against him. The Hollywood producer has been accused of sex crimes against at least eight women who have made allegations over the last seven years.

According to court records seen by the Los Angeles Times, the women claim that Weinberg “lured them to his home often under the guise of a photo shoot, before restraining and sexually assaulting them”.

It further claims that the women, who were in their 20s and 30s, were often targeted in coffee shops, supermarkets and a diner close to the producer’s home in Los Angeles.

The publication reported on Tuesday evening that Weinberg was being held in lieu of  £4.4m ($5m) bail.

Weinberg was previously arrested on July 14 in connection with multiple accounts of sexual assault. 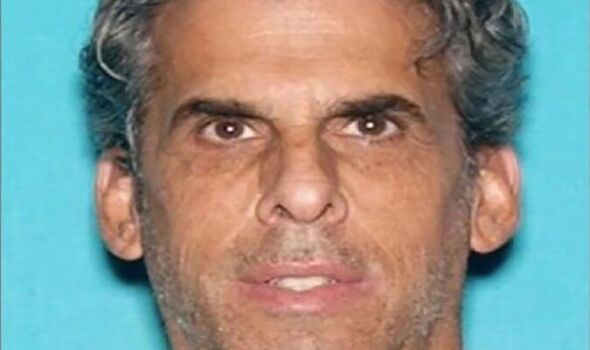 Three days after his arrest, it was reported that he was released from jail after posting his £2.8m ($3.2m) bail.

A police report said the alleged incidents occurred between 2012 and 2019.

However, detectives said they believed there were additional victims that could date back to the early 1990s.

Statements from the LAPD also showed that Weinberg had been investigated at least twice before his July arrest.

He is credited with writing 20 episodes of the first six series of the hit US sitcom.

Throughout his Hollywood career, Weinberg has been nominated for five Emmy Awards.

Two of these were for Scrubs, while three were for his work as a writer on Bill Maher’s talk show, Politically Incorrect, which was also nominated for a WGA Award.

His other writing and producing credits include Californication, Veronica’s Closet and American Dad.

He was married to Hilary Bidwell from 2001 and the couple share three children.

She first filed for divorce in 2008 after discovering photographs along with the names and numbers of hundreds of women, as reported by The Hollywood Reporter.

They reconciled for a period of time before Ms Bidwell filed for a permanent separation in 2015 and a divorce in 2020.