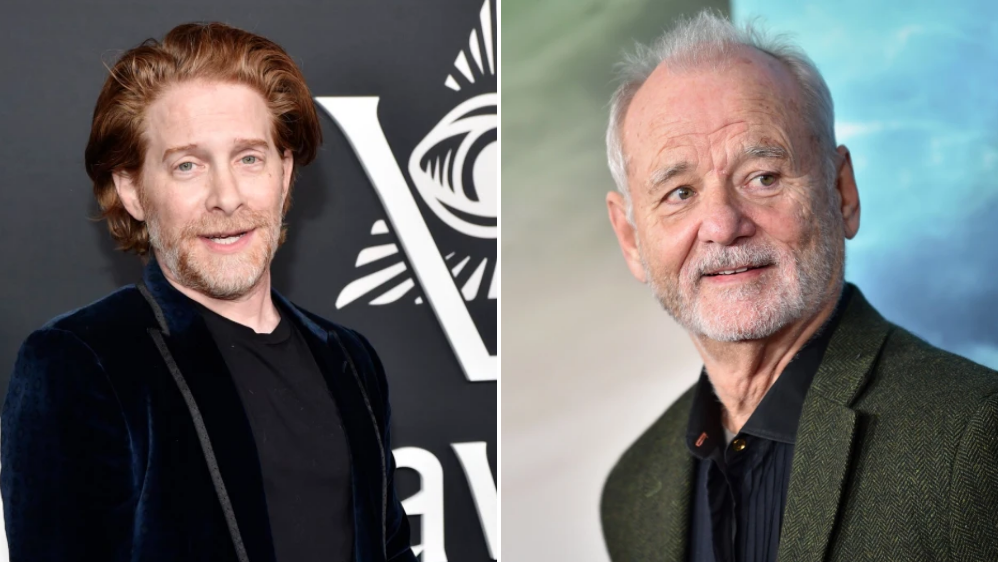 Seth Green is the latest former co-star of Bill Murray to accuse the Lost in Translation actor of inappropriate behaviour.

The Austin Power star claims that he had an upsetting encounter with the 72-year-old during a recording of Saturday Night Live when he was aged nine.

The incident, in which Green claims Murray called him ‘trash’ and dangled him over a bin, left the 48-year-old in tears feeling ‘horrified’, he told the Good Mythical Morning Youtube channel.

Talking to hosts Link Neal and Rhett James McLaughlin, Green explained he was filming a SNL for a segment about what kids think about the Christmas holiday. Murray was hosting the episode.

While waiting backstage, Green said he perched ‘on the arm of Murray’s chair’ who ‘made a big fuss about me being in his seat.’

He added: ‘And I was like, “That is absurd. I am sitting on the arm of this couch. There are several lengths of this sofa. Kindly eff off.” And he was like, “That’s my chair.”

Green explained that his mother suggest he give up the seat but he refused, adding his thought’s about Murray’s behaviour : ‘Are you this much of a jerk? This rude to tell a nine year old to get out of your chair. What is this power play?’

The comedian claimed: ‘He picked me up by my ankles. Held me upside down…He dangled me over a trash can and he was like, “The trash goes in the trash can.”

‘And I was screaming, and I swung my arms, flailed wildly, full contact with his balls. He dropped me in the trash can, the trash can falls over.

‘I was horrified. I ran away, hid under the table in my dressing room and just cried, cried.’

Green said he had ‘never been so embarrassed in his life’, while cast members Eddie Murphy and Tim Kazurinsky allegedly told him ‘everybody knows Bill’s a d***’ and encouraged him to ‘be a pro’ and finish the show.

Green’s allegations come after claims Murray paid a woman $100,000 (£90,000) after allegedly kissing and straddling her on the set of Being Mortal.

Disney shut down production on the $20million (£18million) film indefinitely, with Puck reporting that Murray had allegedly been overly friendly and ‘sexual’ with the female production staffer.

Geena Davis also claimed last week that Murray had shouted at her on the set of 1990 crime comedy Quick Change, in her memoir Dying Of Politeness.

She told The Times that Murray screamed at her in front of ‘hundreds’ of people on set because she was allegedly late, which she says was down to her time in the wardrobe department overrunning.

Metro.co.uk has contacted lawyers for Bill Murray for comment.