Home » Songwriter Diane Warren On Inspiration From ‘The Life Ahead’ For Oscar-Nominated Song “Io Si (Seen)”: “It’s About Understanding, It’s About Love”

One night, when Diane Warren was 15 years old, someone actually paid her to stop singing at a restaurant. “They had said, “Bring your guitar and play a couple of songs. Maybe you’ll get discovered.’ I got paid after one song to stop. $15. They said I was interfering with people’s dinners.”

But this teenage horror story is not the reason why Warren won’t perform any of the numerous hit songs she’s written—it’s because she’s only ever wanted to write, not sing. “As a kid I would look to see who wrote songs. I didn’t care to sing them really even then. It’s just nothing I ever wanted to do in my life,” she says, in a Zoom conversation from her L.A. studio.

Despite a list of hits as long as a phonebook, and her latest—incredibly, her 12th—Oscar nomination for Best Original Song, she’s never craved the limelight for herself. Even in conversation, she focuses on the brilliance of others rather than her own—in this case, the filmmaker and the film that inspired her newest nomination.

The Edoardo Ponti-directed The Life Ahead is the setting for Warren’s song “Io Si (Seen)”, sung by Laura Pausini, that so elegantly rounds out a heartrending story of connection.

“A movie like this is easy to be inspired by,” Warren says. “It’s such a beautiful story, and it’s so emotionally powerful when you can be a part of something like that, that has something to say. It’s about understanding, it’s about love, and so, it’s a powerful message in the time we’re living in.” 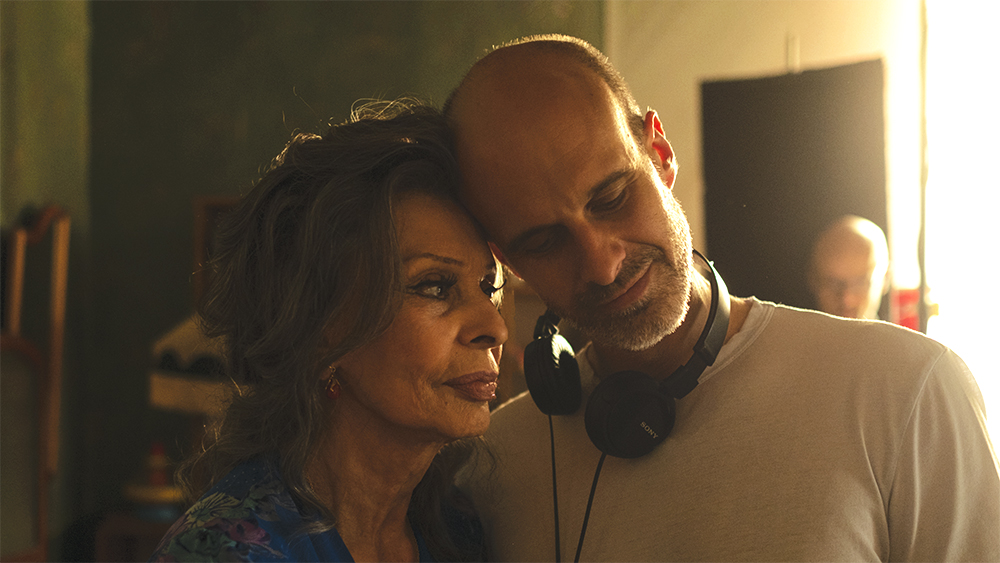 The film follows the story of Madame Rosa (Sophia Loren), a Holocaust survivor and former sex worker who takes in Momo (Ibrahima Gueye), an orphaned refugee who robs her in the street. As Rosa offers him structure and acceptance, they develop a deep bond, truly seeing each other. And in fact, Ponti, who is also Loren’s son, was so moved by Warren’s song that he incorporated it into the narrative, allowing it to replace a planned voiceover.

“Quando essere invisibile/ È peggio che non vivere/ Nessuno ti vede/ Io sì,” Pausini sings in her native Italian. (When to be invisible/ It is worse than not living/ Nobody sees you/ I do.)

Originally in English, the song had once seemed a little jarring with an Italian-language film. But Warren had the perfect solution. She had met Pausini years earlier, and had always wanted to work with her—the song would be sung in Italian.

It made the Academy’s list, and Warren is far from jaded about this, despite her many previous nominations and lack of wins. “I’ve never been nominated for a song in another language before,” she says excitedly, “so, this is a whole new thing for me.”

A self-effacing stance seems almost essential in Warren’s line of work, facilitating other artists’ fame, as they perform her work. But she relishes that process. “It’s, ‘Here, take it. It’s yours. Have fun. I’ll go write another song.’ How cool that the song I write can reach people and help someone’s career too? And maybe make someone feel better, maybe make someone happy, and make someone feel like this song made them feel seen. Music is so powerful because it will not only go into your brain, it goes to your heart.” 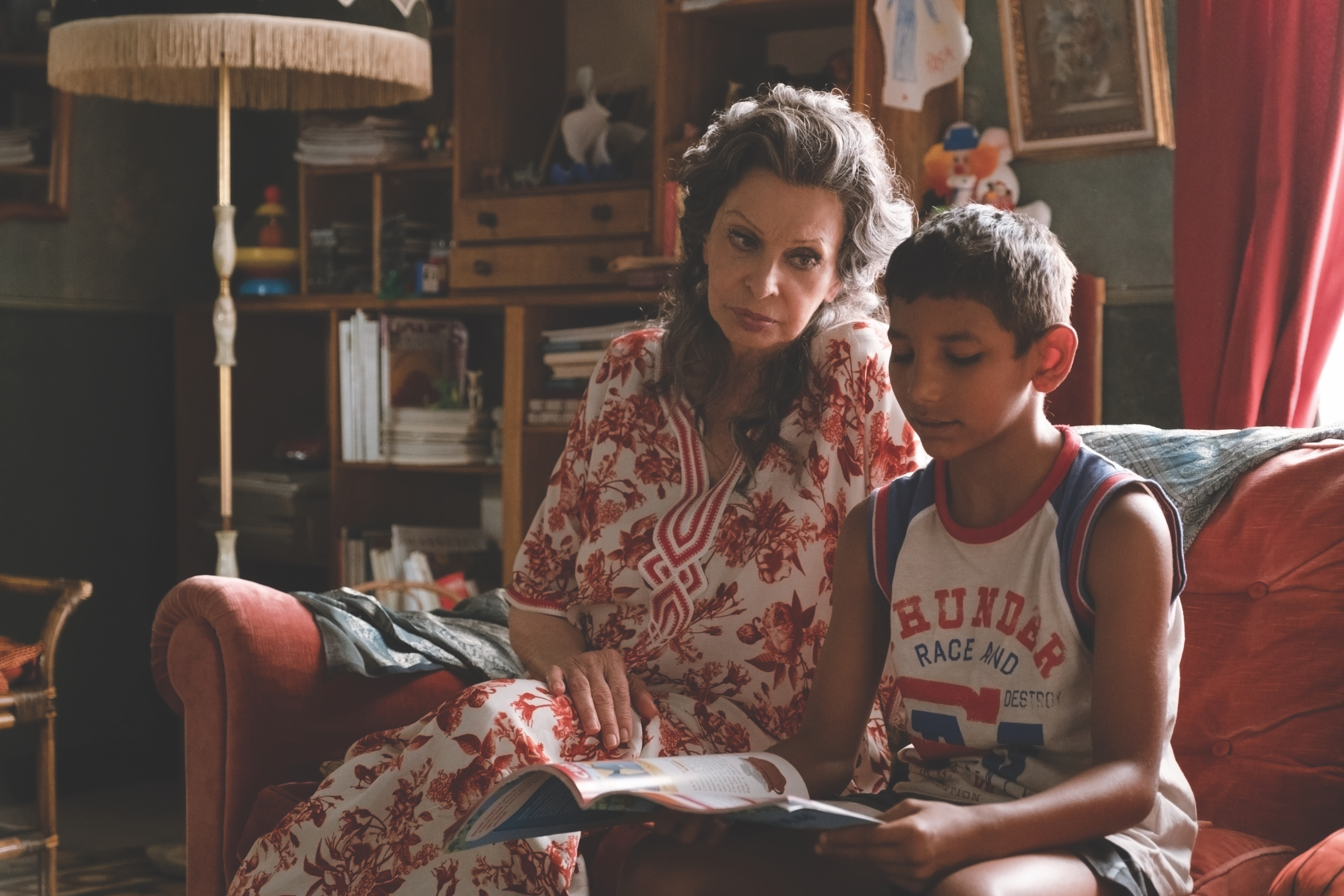 From a very young age, Warren knew this was what she would do, no matter what. “I was 14 and I made my dad get me a subscription to Billboard. I’ve always listened to music my whole life and I always wanted to write songs since I was a little kid, even before I did it. It’s kind of weird, almost psychic or something. I got really lucky. I put in the work though. I work really hard.”

That hard work included teaching herself both guitar and piano from scratch (“I’m not very good at either,” she says), long before the days of YouTube tutorials. She then spent most of her teen years playing and writing in the bathroom for its good acoustics.

Some years later though, a trifecta of talent, hard work and drive finally got Warren in front of music mogul Clive Davis—a man she’d dreamed of meeting since reading her first copy of Billboard. By 1985, she’d had her first big hit, “Rhythm of the Night” performed by DeBarge, and she was ready. And yet, that opportunity with Davis went horribly wrong.

“Finally, he’d meet with me,” she says. “And I remember going to see him and he didn’t like any of my songs.” She was crushed. “I went and stopped at a store and did retail therapy and bought a really expensive sweater I couldn’t afford.”

But Warren could not be thwarted by a mere blow to her ego, and she simply kept trying. “The way I am is I came right out with more songs.” Fortunately, this time, she says, “He loved them. And we’ve done a lot of hits together. I love Clive because he legitimately loves songs. It’s not like he’s making someone do it because he has a piece of the publishing and all this other stupid sh*t that goes on.”

These days, that Billboard magazine Warren thumbed so well as a child lists her as having had nine number-one songs and 32 top 10 songs in their Hot 100 chart. She was also the first songwriter in the history of the magazine to have seven hits simultaneously in the charts, all by different performers. Inducted into the Songwriters Hall of Fame, she has written for everyone from Whitney Houston to Meat Loaf, Justin Bieber to Beyoncé. Among her many hits are such juggernauts as Cher’s “If I Could Turn Back Time”, and Aerosmith’s “I Don’t Want to Miss a Thing”. And she shows no sign of slowing.

Warren describes her unstoppable drive thus: “It’s like a good way of being possessed. And it’s not a choice because I have to do this. I have to write. I have to breathe into it. I have to create, I have to keep doing it. And then when I’m done with a song, I have to do another song.”

Her life, she says, has been thoroughly shaped by this feeling of possession. “It’s like the 10,000 hours thing,” she says, referring to the theory that it takes 10,000 hours of practice to be proficient at anything. “But it’s more like a million. I’m saying 10,000 is just the starting point. So, it’s a lifetime of being almost isolated. People ask me, ‘So, during the pandemic, has it been really hard?’ I go, ‘Yeah, really hard to sit in a room by myself.’” She laughs. “I do the same thing as I did pre-pandemic. It’s always been that way. It made me more antisocial than I already was.”

And yet, despite this lifelong hunkering down, her songs feel like truly lived experiences. She seemingly has an uncanny ability to tune in to others, and to get to the heart of a thing. “It’s hard to explain,” she says. “If I read a script or see a movie, I feel like it’s almost a subconscious thing about getting to its emotional truth and the emotional core of what it’s saying. I’ll read the script and I’ll walk away and then there will be something. I’ll write down a word. I remember when I did ‘Stand Up For Something’ for [the film] Marshall. I wrote, ‘It all means nothing if you don’t stand up for something,’ after reading the script. So that became a song about standing for something. With this, I was reading the script, and I just kept seeing the word ‘seen’. I just kept seeing that word, because it’s about people that are on the edges of society, whether it’s Madame Rosa or Momo, or other characters in the movie too. Society and the world don’t really see them. They’re almost invisible.”

One key to writing an effective song, she says, is to create a universal connection, to make the song speak to as many people as possible. “I wrote ‘Til It Happens to You’ that Lady Gaga sang, and the movie it was from, The Hunting Ground was about sexual assault on college campuses. But I never said what ‘it’ was. And my intention was to have the song go beyond that movie. So that song really resonates a lot with a lot of people, for a lot of reasons.”

Recently, Warren realized another of her childhood dreams—to work with The Beatles. Having attended a concert of theirs when she was about eight years old, she’s always been smitten. And she’s just written a song, “Here’s to the Nights”, for Ringo Starr’s upcoming EP, featuring his and Paul McCartney’s vocals. “Chris Stapleton’s on it too,” she says. “And Sheryl Crow, and Dave Grohl, and Joe Walsh and Lenny Kravitz. A lot of people are on there. But it’s Paul McCartney and Ringo singing my song. And that’s like, what the f**k?”

She also has a new album of her original songs coming out, featuring collaborations with artists like Mary J. Blige, Jason Derulo, Céline Dion and Darius Rucker. She’s called the album “The Cave Sessions”, after her cave-like studio, which she compares to her teenage bedroom. It’s “a cramped room, kind of uncomfortable and dirty, but I like it in there,” she says.

But then, her cave makes sense. It seems Warren doesn’t need to be out in the world, or to be standing on a stage to feel seen. This is who she is: an insular, self-sufficient writer, working away, telling stories with music.