Loose Women star Stacey Solomon, 30, returned to the panel today after a Christmas break and shared details about her proposal and upcoming wedding to Joe Swash with her fellow panellists. During the show, her partner made a surprise appearance with their son Rex.

When asked about his plans to propose to Stacey, the Dancing on Ice winner said he became panicked when she and her sons were taking too long to leave the house for their walk in the woods, where he proposed to her.

Joe had already been to the woods to decoarte to trees with a a raft of white flowers for the proposal and wanted to do it before it got dark.

Stacey had told her fellow panellists Joe had been more concerned than usual about leaving the house too late for their daily walk.

He explained on the show: “It all went to plan, but like Stacey said, trying to get the Solomons out the house is a nightmare. 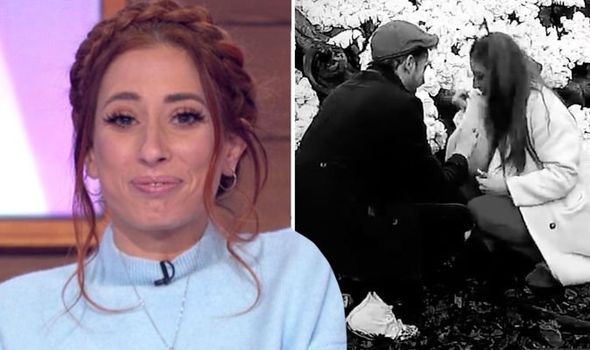 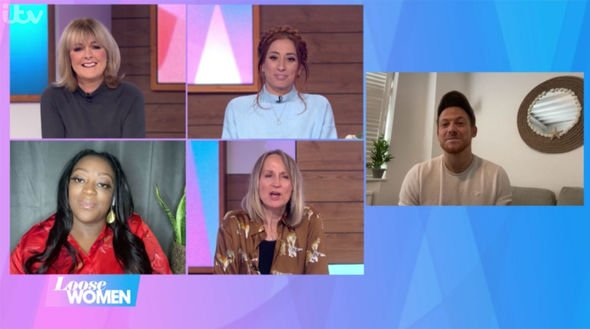 “I thought I was going to have a panic attack.”

He went on to say he had originally planned to propose to Stacey on Christmas day but thought it would be too obvious as Stacey had pushed for it to happen on this day in the past.

He continued: “I was originally going to do it on Christmas Day but Stacey kept pushing.

“I had it planned for months and months and then she kept saying, ‘Oh wouldn’t it be nice if we got engaged on Christmas Day?’ 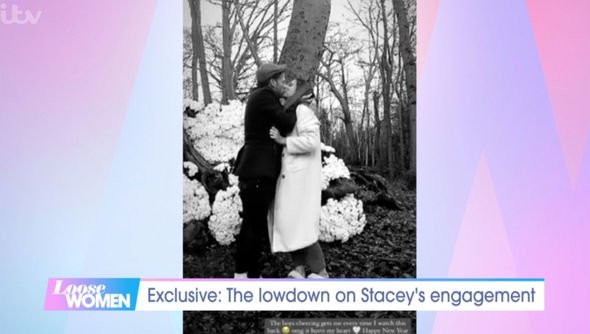 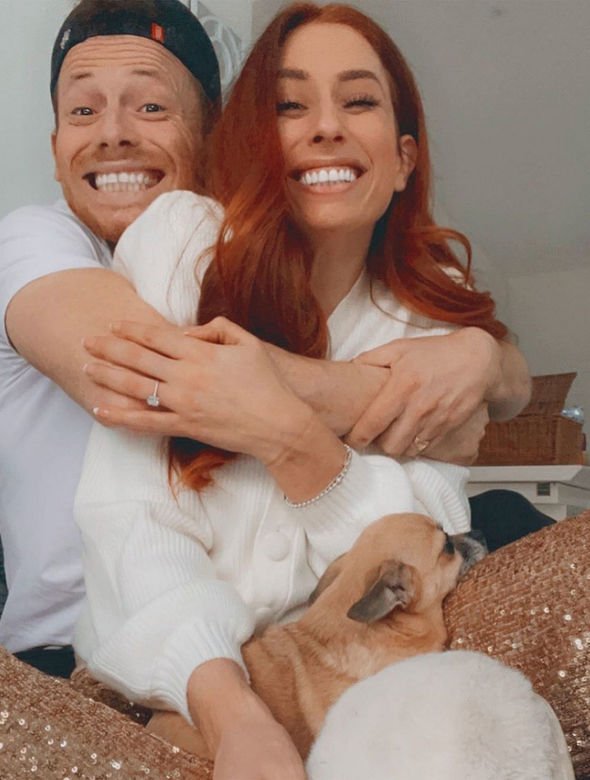 “By this time, I had already designed the ring, spoken to her dad and her sister, so I thought, I will push it forwards slightly and do it Christmas Eve.

“I definitely surprised her because she looked absolutely lovely in that forest.”

Stacey also told viewers she had initially believed Joe’s decorations were a tribute to somebody who had died.

She explained: “I was like, ‘Oh my god, I think someone’s passed away in our wood’.

Thankfully, Stacey gave in and went over to look at the flowers – which she soon discovered were for her.

Last week, the former X Factor shared the moment Joe proposed to her on Instagram.

She could be seen wiping away tears as Joe asked her to be his wife as her sons cheered in the background.

The couple first met in Australia back in 2010, following their respective stints on I’m A Celebrity… Get Me Out Of Here!.

She announced her engagement news to her fans on Christmas Eve.

Proudly beaming for the camera as she flashed her ring, she wrote: “To the moon and back bub. I have no words.”