Editors note: Deadline’s Read the Screenplay series debuts and celebrates the scripts of films that will be factors in this year’s movie awards race.

The sci-fi concept behind Apple Original Films’ Swan Song was both novel and fantastical: terminally ill Cameron Turner (Mahershala Ali) undergoes an experimental cloning procedure to create a healthy new version of himself to secretly take his place with his wife (Naomi Harris) and family. But writer-director Benjamin Cleary knew his film would be fueled by the deeply real, distinctly human emotions springing from love, loss and grief.

“From the moment the idea for Swan Song came to me almost 10 years ago, I have been both scared and excited by it,” said Cleary, who previously crafted the Oscar-winning short Stutterer. He was aware that he’d be delving into some painful personal territory while also taking on the imposing challenge of directing his first feature film, but was also exhilarated “to explore many evocative questions about our existence, our relationships and the fleeting beauty of our time here. As a storyteller, the excitement outweighed the fear.”

“For me, the best stories that come along are ones where I can see that I can tell a very personal story, or go back and shine a light on some really difficult things I’ve been through in my own life,” Cleary said. “There were some sudden losses of a few people that happened when I was 19, 20, and 21, and how my mind-set changed after that, and how I constantly thought about what would happen if somebody I loved passed away, or what would happen to my family if I passed away.”

In searching for a story framework for Swan Song, Cleary found inspiration when someone close to him was diagnosed with a brain tumor and told physicians they were willing to try even the most experimental course of treatment. From there, he concocted a vision of a near-future where Cameron, in an attempt to face his death without breaking his wife’s heart, finds himself struggling in a love triangle with himself as his romantic rival.

“When this sci-fi premise came along, I realized pretty quickly it could be a way to tell a human story, a self-examination, an examination with this other person who’s identical to him,” said Cleary. “I could weave in the love story, weave in lots of things about the fleeting beauty of our time here and all of those things. It was just one of those premises that grabs you: it felt really personal and felt like I could hopefully put some of my own heart and soul into it, and that hopefully other people will connect with in the same way.” 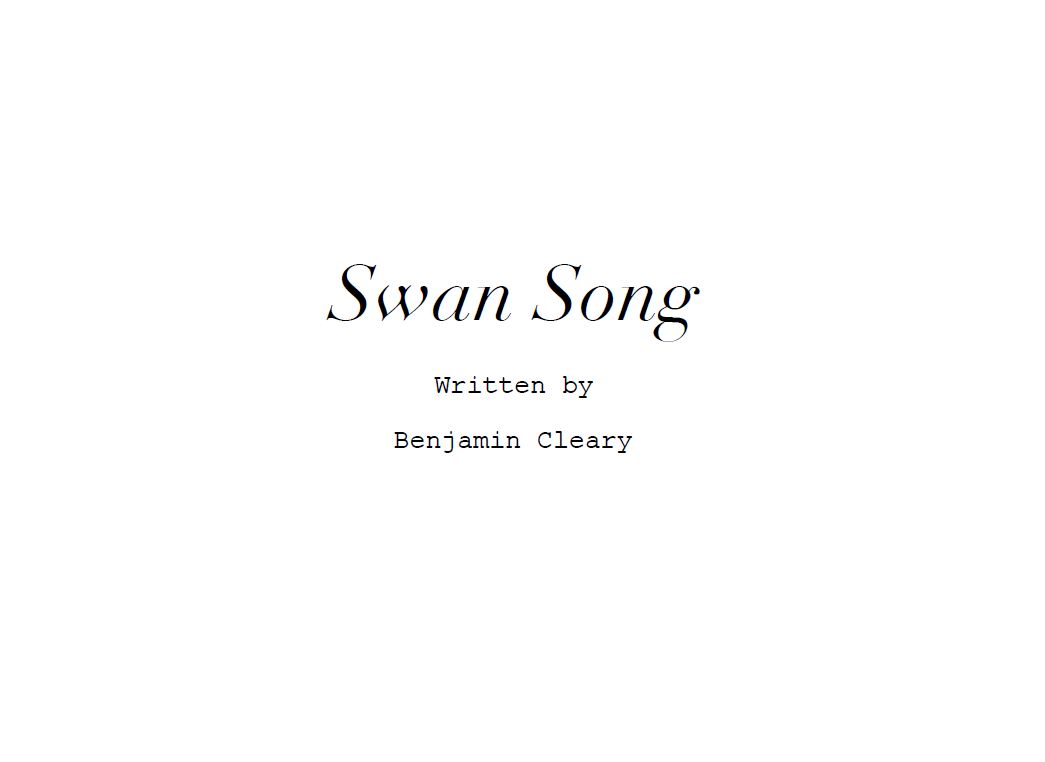 ‘The Harder They Fall’: Read The Screenplay For Jeymes Samuel And Boaz Yakin’s Epic Western