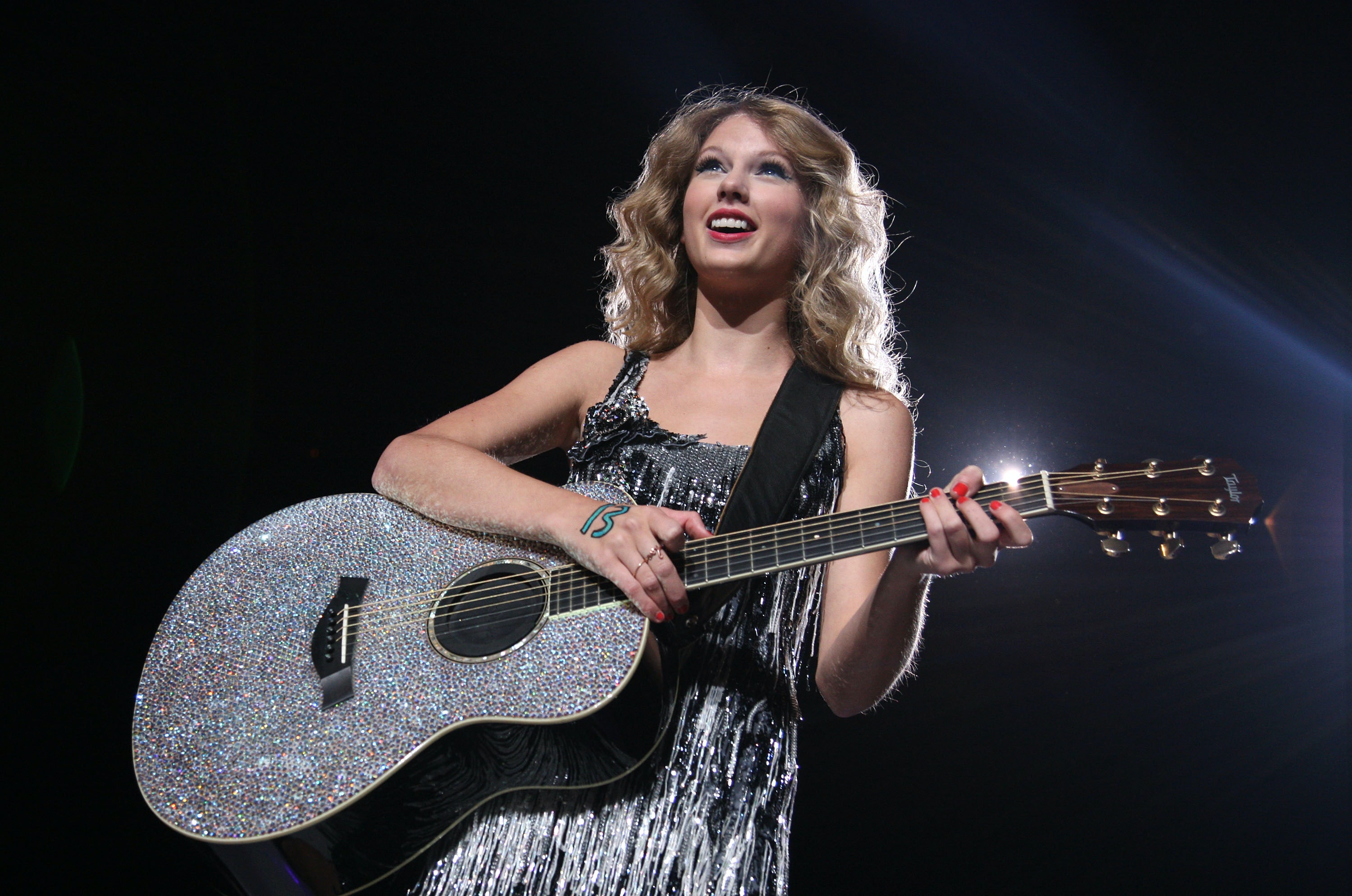 Taylor Swift’s first re-recorded album, Fearless (Taylor’s Version), is finally here and fans are getting so nostalgic listening to each song. The record includes old favorites like "You Belong With Me" and "Love Story," as well as previously unreleased tracks like "We Were Happy" and "Bye Bye Baby." It’s been 13 years since the singer dropped her original Fearless album in 2008, so there were bound to be some vocal changes, but what fans didn’t expect were a few differences in lyrics as well. In case you didn’t catch them, here are all of Taylor Swift’s Fearless (Taylor’s Version) lyric changes you need to know.

One small but meaningful change can be found on "You Belong With Me." Yes, you read that right. Swift tweaked a lyric on one of her biggest singles. During the first verse of the original song, she sings, "I’m in the room, it’s a typical Tuesday night," but the new version reads, "I’m in my room, it’s a typical Tuesday night." It probably isn’t noticeable for casual listeners, but for Swifties, it makes all the difference. "Can we give it up for the subtle lyric change in you belong with me when Taylor sings ‘im in MY room’ instead of ‘im in THE room’ I vividly remember thinking WHAT ROOM TAYLOR?? his room??? your room?? THE BATHROOM??" one fan tweeted.

Another subtle change is on "Superstar." During the first chorus, Swift sings, "So dim that spotlight, tell me things like/ I can’t keep my eyes off of you," but in the original, she says, "I can’t take my eyes off of you." Interestingly enough, the 2021 version’s second and third chorus has the original lyric. Again, the change can be easily overlooked, but for die-hard Swifties, it was major.

Finally, the third lyric change fans have found is on "Bye Bye Baby." Swift never officially released the track until now, but apparently, the demo version, which was called "One Thing," has the lyrics, "All you have is to walk away from the one thing I thought would never leave me," in the chorus. Now, that part reads, "And all I have is your sympathy because you took me home but you just couldn’t keep me." Of course, fans had thoughts about the differences.

Listen to all of Swift’s Fearless (Taylor’s Version) lyric changes below.