Czech artist Barbora Kysilkova was as surprised as anyone when she received a phone call in 2015 informing her that thieves had stolen two of her paintings from a gallery in Oslo, Norway.

“I just felt very confused,” she recalls, “why somebody would decide to break a law in order to get my work. Because I’m not a known artist that would be worth it to steal. I’m not Lucian Freud, so it doesn’t make sense to me.”

What happened next might not make sense to many others. After the alleged thieves were apprehended, Kysilkova showed up at a court hearing for the suspects, one of whom was a heavily tattooed, intimidating-looking character named Karl-Bertil Nordland. Instead of feeling angry at him, Kysilkova approached him with compassion. 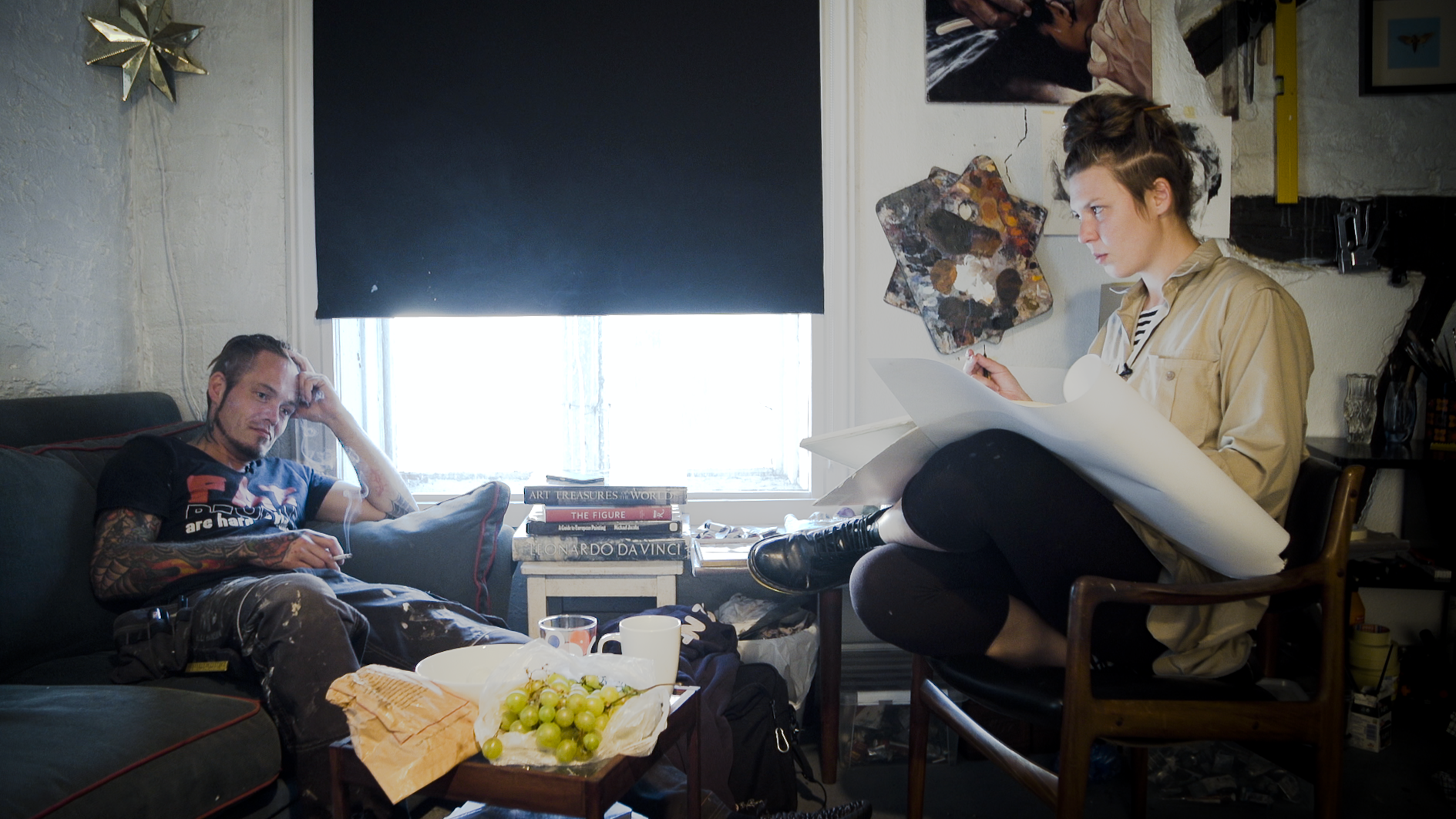 “As I entered the room and there was only Karl-Bertil—the other thief didn’t show up,” she tells Deadline, “what struck me so hard was seeing this human being sitting there in remorse and sadness and total vulnerability. What I saw was a human being, not the criminal.”

The story of the unlikely friendship that developed between Kysilkova and Nordland is revealed in The Painter and the Thief, one of the top documentaries in contention this Oscar season. Norwegian native Benjamin Ree (Magnus) directed the film.

“It all started with me researching art robberies, and we have a great tradition of that in Norway,” Ree explained at the film’s world premiere at Sundance last January. “This story was front page on the news in Norway, so I just contacted Barbora.”

Ree’s cameras captured the deepening relationship between painter and purloiner, as Kysilkova increasingly played a maternal role to a man damaged by a traumatic childhood, who had turned to thievery to finance a drug addiction. 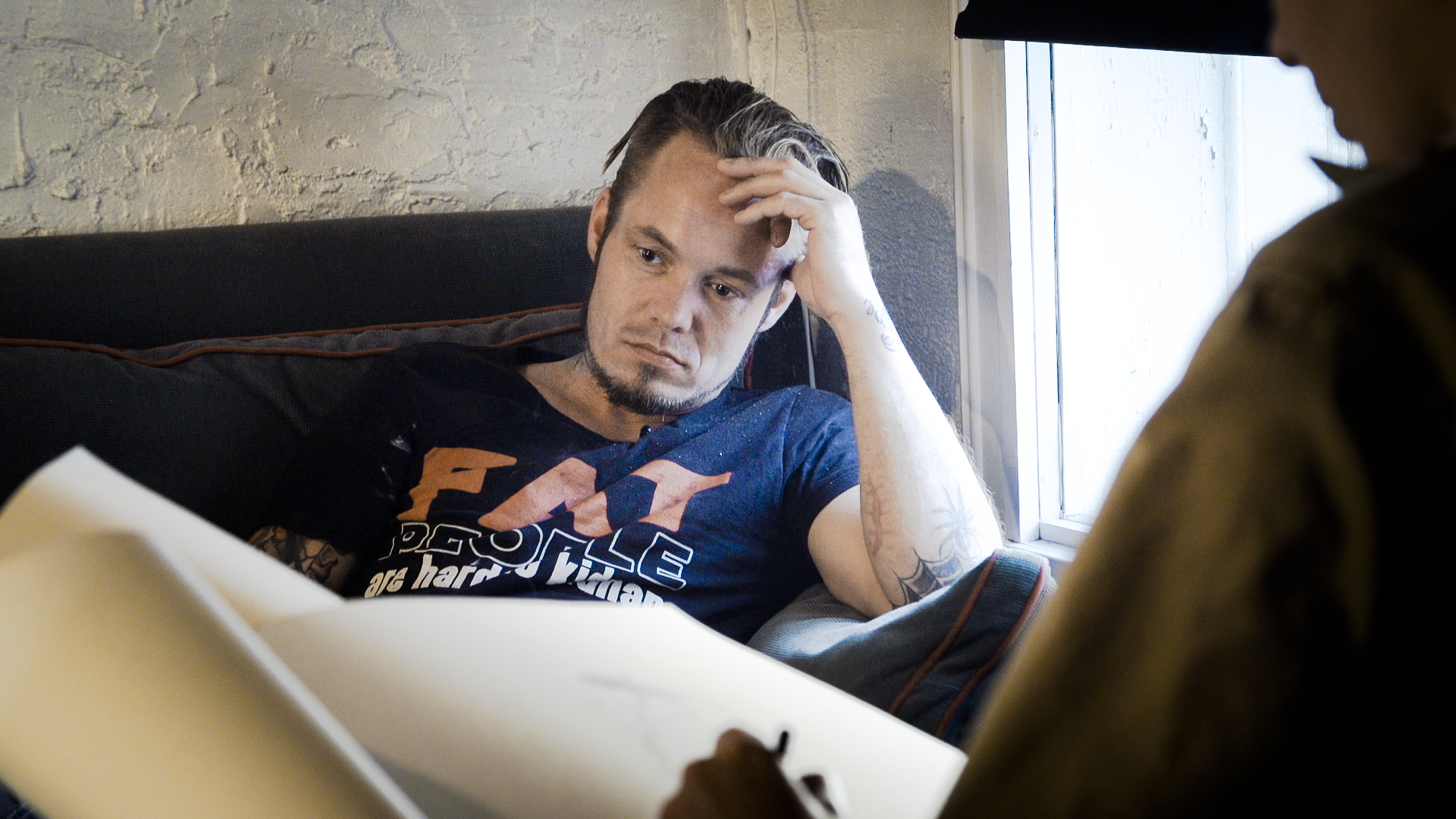 “We didn’t have any idea when we began the film where it would end up, but that’s the beauty of observational filmmaking, to just be there,” Ree notes. “That’s what I love, to be there in present tense. It’s so much more emotional and rich and complex than having people talking about what has happened.”

Not long after Kysilkova met Nordland she proposed painting his portrait. In one of the documentary’s pivotal scenes, the artist unveils her work to him. Overcome with emotion, Nordland sobs.

“Maybe it’s one of the first times in my life I felt like somebody has seen me,” Nordland tells Deadline, explaining his emotional reaction. “And also knowing the amount of hours that went into painting this painting and that she could make something beautiful, such a beautiful piece of art out of something as miserable…as I saw myself at that time.”

Ree says it was nerve-racking to record that moment. He remembers thinking, “‘I hope I don’t screw this up. I hope I have the focus right, I hope I have positioned myself right.’ In that scene we had an amazing cinematographer with us…I forget [to breathe], so I get very stressed out and I have to take my asthma medicine afterwards.” 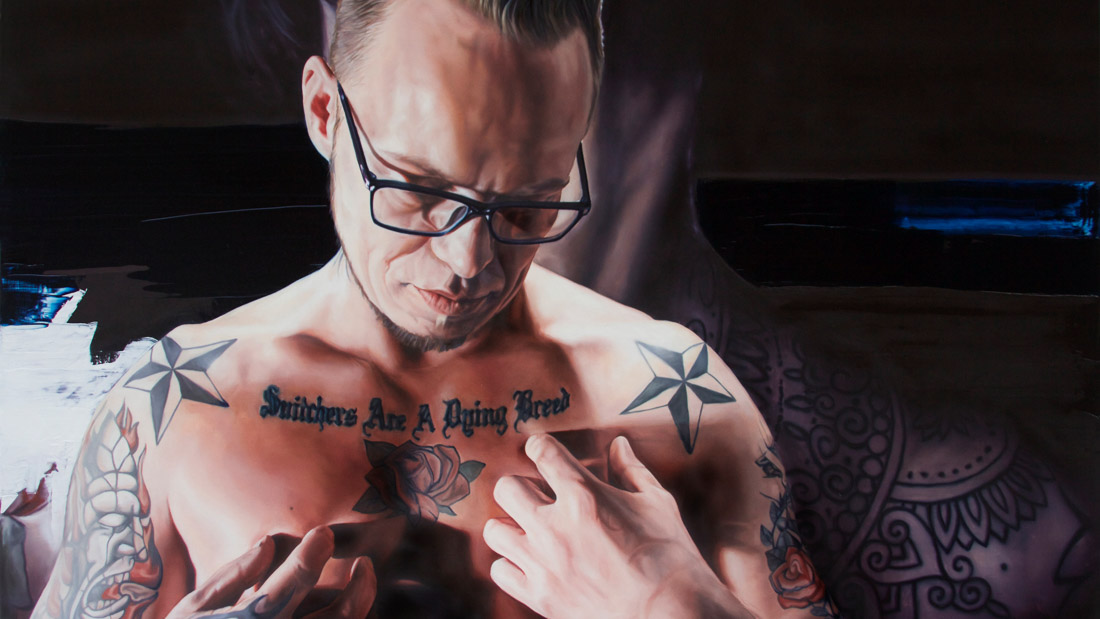 Neon, the distributor behind 2020 Best Picture winner Parasite and the Oscar-nominated documentary Honeyland, acquired The Painter and the Thief out of Sundance, where the film won a special jury award for Creative Storytelling. As Deadline reported last month, Neon is partnering with StudioCanal and Blueprint Pictures on a fictional adaptation of Ree’s documentary.

It’s not hard to imagine major actors leaping at the chance to play such complex characters. Beneath Nordland’s rough exterior, for instance, lurks a poetic, tortured soul.

The attention from the film has brought an unexpected benefit for Kysilkova.

“I have an enormously huge audience of my paintings now, which is something I could have never, ever dreamt of. And I don’t deny that this is a very good feeling for me,” she laughs. “I’m super happy that my art is being seen by many people. That’s amazing.”

She’s continuing to paint, most recently from a studio in a remote part of Sweden, “in the middle of a forest where I have a big atelier so I can make big canvases again.”

She comments, “I believe that every painting that I make brings me one step or a few steps further into what I’m after, which is humanity—not necessarily its happiest perspective, because I don’t believe art should really be kind of happy decoration, or should just bring you easy joy. I believe it should be a bit deeper joy, which sometimes comes through less positive things, or less happy things. In this, Karl-Bertil is an endless well of inspiration.”