The Weeknd is switching up his look! The musician arrived on the red carpet for the 2021 Billboard Music Awards on Sunday in Los Angeles. The Weeknd looked dapper in a long black coat, white shirt, trousers and patent leather lace-up shoes.

The 31-year-old “Blinding Lights” singer debuted a new look from the ’80s-inspired red suit, gloves and face bandage ensemble he has previously been wearing for his fourth studio album, After Hours.

The Weeknd leads tonight’s nominations in 16 categories. He is also set to perform onstage for the awards ceremony. The artist won the first award of the night for Top Hot 100 Artist. In his acceptance speech, he joked, “I’d like to thank God that I don’t have to wear that red suit anymore.” 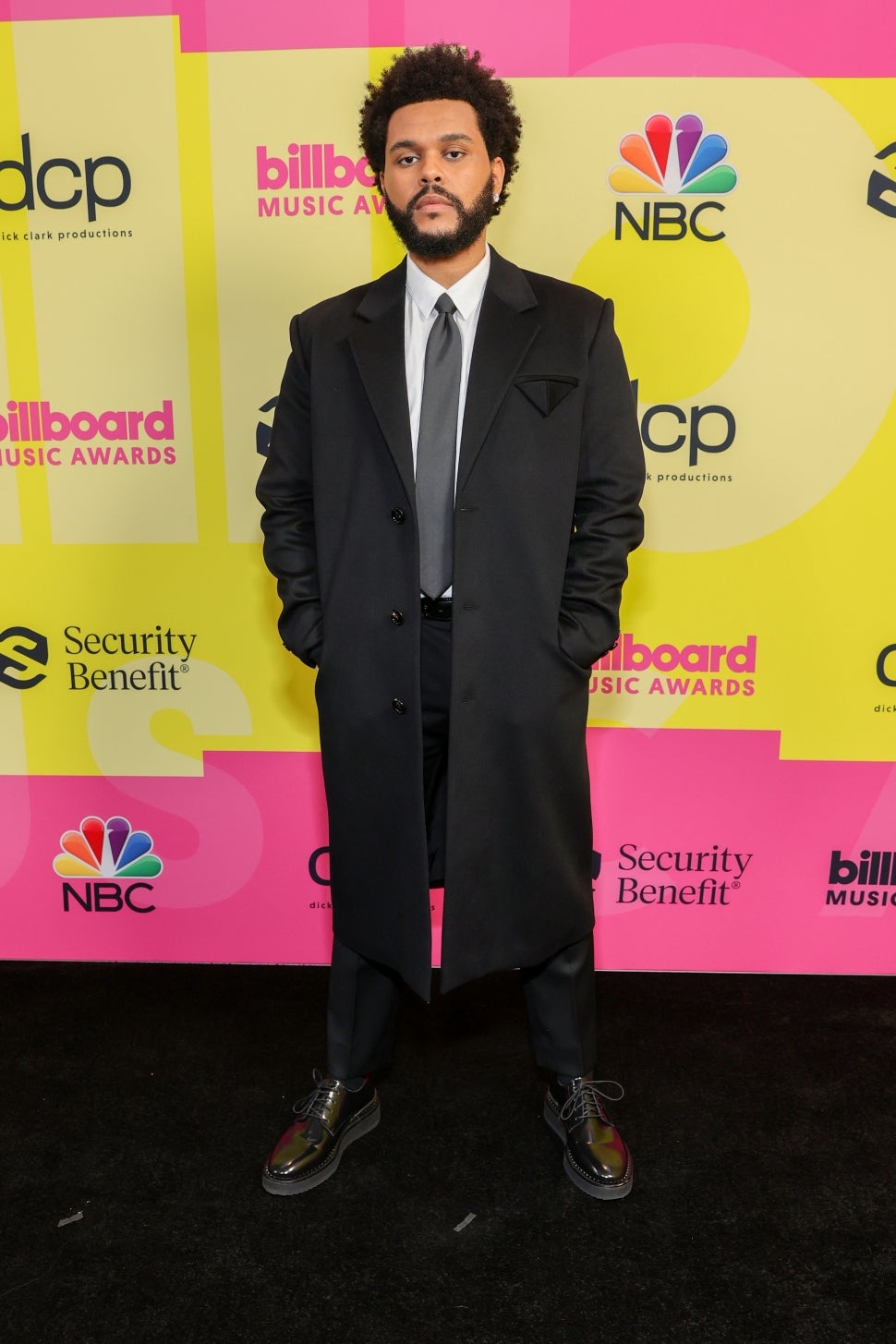 The star performed in the red suit back in February at the Super Bowl Halftime Show. Ahead of the show, he explained the cryptic concept to Variety.

“The significance of the entire head bandages is reflecting on the absurd culture of Hollywood celebrity and people manipulating themselves for superficial reasons to please and be validated,” The Weeknd said. “It’s all a progression and we watch The Character’s storyline hit heightened levels of danger and absurdity as his tale goes on.” 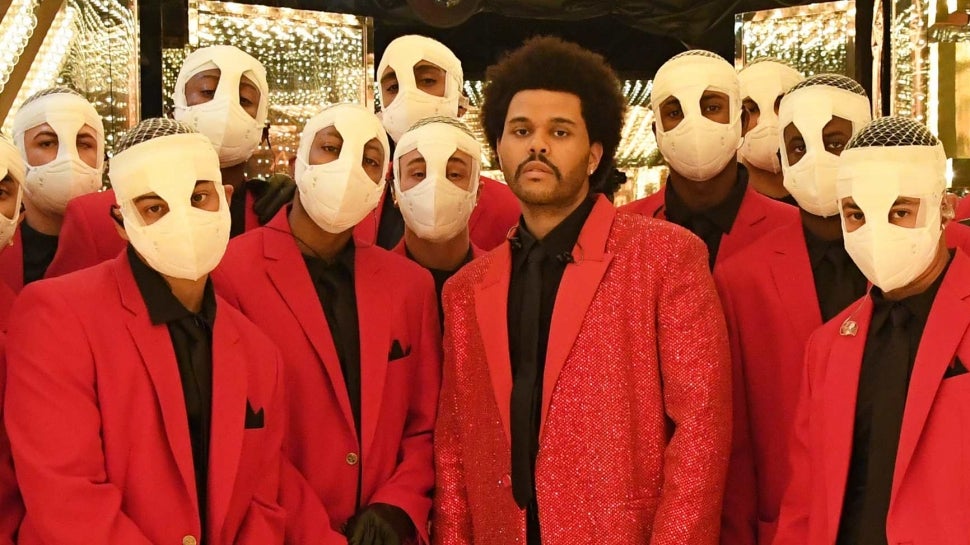 Earlier this month, we got a sneak peek into his new look during his performance at the 2021 BRIT Awards, in which he wore an all-black outfit and hat in the rain.

See all of the red carpet arrivals in the gallery below. 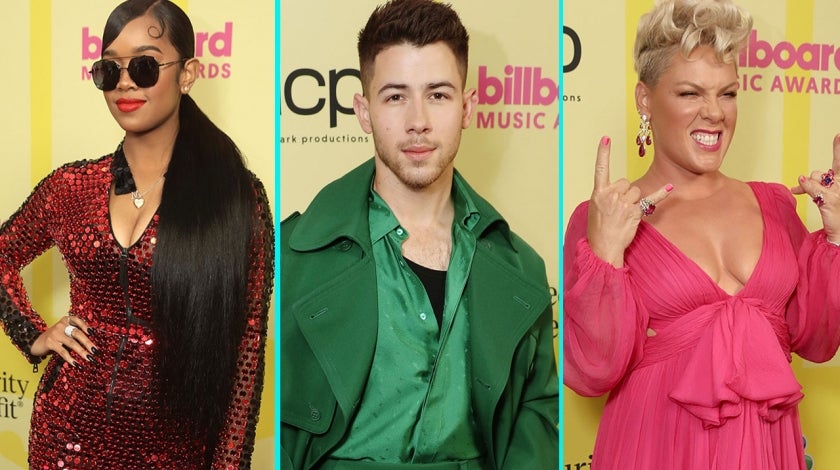