For all that Unsolved Mysteries spawned in an entire true-crime TV series industry, not all cases are as straightforward as they seem. While some episodes play up different angles or muddy the waters on the more clear-cut cases, others are hard to parse. The second half of Unsolved Mysteries’ first season on Netflix opens with just such a case. The theories about John Wheeler’s death demonstrate how hard it is to know what happened.

John Wheeler’s is an odd case for sure. Wheeler was a "Washington insider," the descendant of generations of high-ranking soldiers going back a century. He was the man behind the Vietnam Memorial and a leading advocate to recognize PTSD in military veterans. When he retired, he did what many Washington ex-military personnel do, he went into consulting and cybersecurity.

And then one day, he turned up dead in a landfill.

From the beginning of the episode, it’s clear Wheeler’s family does not believe his death was an accident; his daughter suspects someone killed him. There was evidence of a break-in at the Wheeler house the night before he disappeared. Plus, there were smoke bombs that went off in a construction site across the street from his home, which he must have investigated, because the police found his security passes nearby.

But what happened, exactly? That’s where things get complicated. Here are the prominent theories:

Someone Wanted His Cyber Security Research 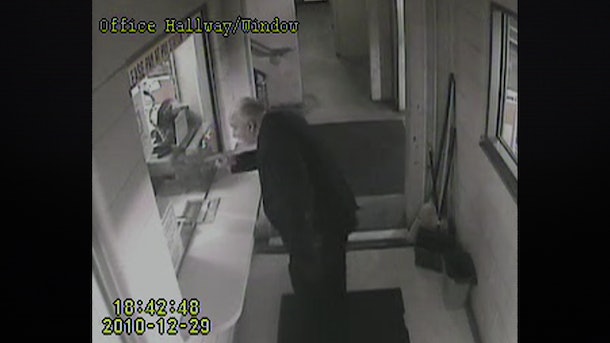 The most apparent conspiracy theory is that someone wanted Wheeler’s research in the cybersecurity field. His job at the time of his death was consulting with the Mitre Corporation, a non-profit, non-partisan corporation that seeks to use existing tools to benefit government agencies.

Wheeler had a briefcase full of sensitive research. At some point, that briefcase disappeared — either stolen during the break-in or lost during his attempt to return to his car afterward. It has never been found, and Unsolved Mysteries suggests whoever took that briefcase could be his killer.

Wheeler’s Death Was The Result Of A Manic Phase

But there’s another, sadder, explanation. According to multiple accounts, Wheeler lived with mental illness. Though he actively treated his symptoms with regular medication, his wife says he was upset over the construction across the street: a McMansion going up as gentrifiers rolled into the once-historic neighborhood. She admits Wheeler had become consumed by it.

So, there could be another explanation for why Wheeler’s badge was at the construction site. Some people think he was the one who set off the bombs, in a feeble attempt to stop the project. As the theory goes: Upon getting home, he realized he’d lost his badge, leaving incriminating evidence behind. He called Mitre, claimed there was a break-in at his house. Notably, he did not then call the police or report any such thing to anyone else, before hurrying out into the night.

If this is what happened, the stress of lying and the PTSD of the bombs may have set off an episode, driving him into a manic phase. It could certainly explain all the behavior that came next.

But How Did Wheeler Die?

Here’s what folks have pieced together: After Wheeler left the house, he found someone to drive him to his car, but he failed to remember where he parked. There is footage of him in the wrong garage wandering around lost, five blocks away from his car, becoming more and more agitated. Unsolved Mysteries suggests he could have been hiding there, or meeting someone — but there’s no evidence of who.

He wound up breaking into a sub-basement to sleep, stealing a hoodie he found lying around, and then walked out, never to be seen alive again.

So, what happened next? Did an undercover agent attack and kill him? It seems just as likely it could have been a random mugger.

But there’s one more theory: It’s possible Wheeler, desperate for warmth, crawled into the dumpster where his body was found, fell asleep, and was tragically crushed to death when it emptied into the mechanical trash truck that picked it up in the early hours.

Regardless of what theory you believe, something doesn’t add up. Unsolved Mysteries hopes anyone with information can step forward and help solve this sad case.