Home » Celebrities » THIS 3-Year-Old Had A ‘Nun’-Themed Birthday Party & Twitter Has Opinions!

This isn’t your typical birthday party! 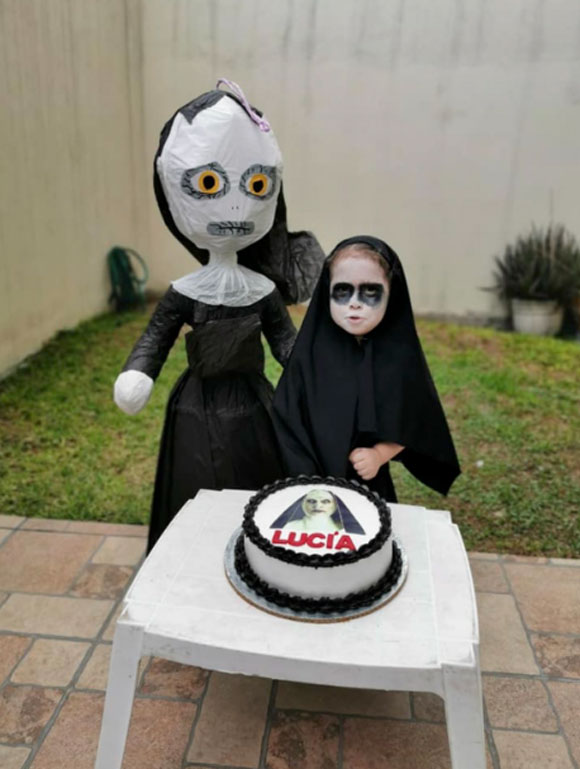 In an interview with Good Morning America published on Friday, Lucia’s mom, Laura, said her daughter first became interested in the film when she was at her grandmother’s house, saw images from the flick, and asked to watch the gothic supernatural horror movie.

“ told her it wasn’t a cartoon, but she insisted.”

Though they thought the little one would be scared, she wasn’t, and watched the entire thing!

Afterward, when Laura asked Lucia what kind of character she wanted as a theme for her 3rd birthday party, the tot responded:

“I kept asking her for months and the answer was always the same: ‘The nun the nun the nun.’ I told her, ‘No way, you are going to choose Rapunzel.’”

However, Lucia got her way, and the party was thrown on June 3 with family members!

(Laura noted that Lucia had a more traditional party with her friends on a different date.) 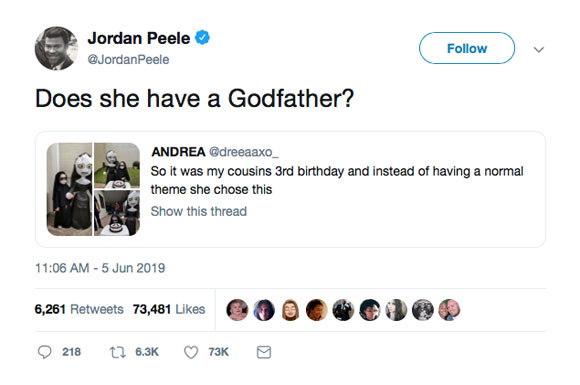 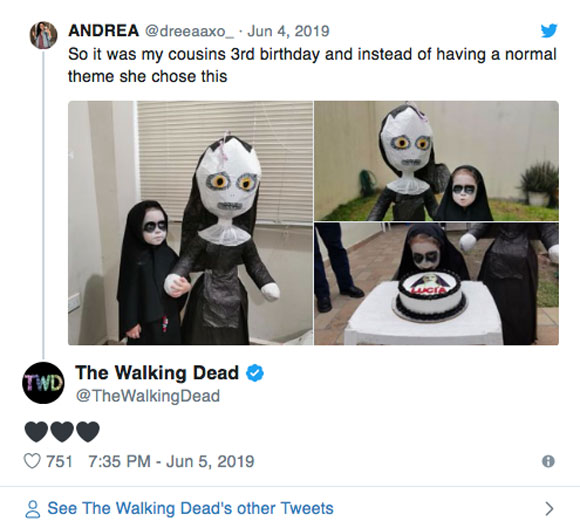 “This funny, cute, and slightly concerning”

“I could only hope my kid is that morbid”

“I really think these type of things make children really unstable when growing up. On the other hand, I don’t know what I was expecting when I came to this thread. But it wasn’t this.”

“That child will rule the world one day and I, for one, welcome our new gothic overlord.”