Home » Celebrities » This Surprising Olympics Commentator Has The Internet In Stitches 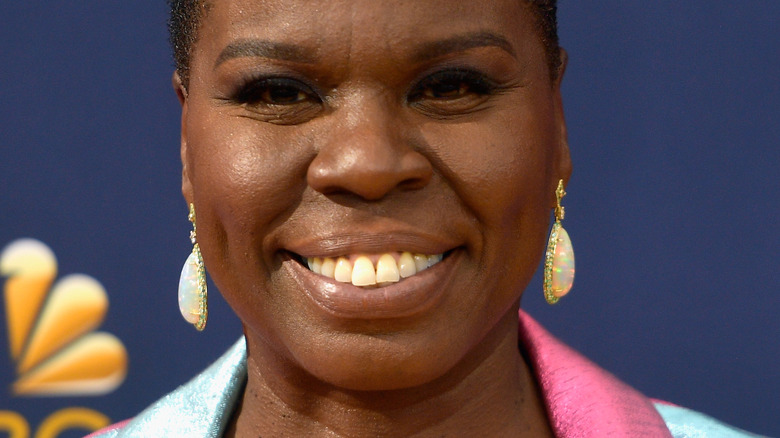 The 2021 Tokyo Olympics is over now, but it will be long remembered for a number of reasons. Pandemic-related restrictions on attendance meant empty stadiums and bleachers, with athletes’ family and friends cheering from home. There were thrilling wins from underdogs, and disappointments for past champs. But one of the highlights of the Games took place far away from Japan — specifically, in the living room of comedian Leslie Jones.

The former “SNL” cast member had her fans in hysterics over her running commentary on Twitter and TikTok, where she posted video clips of events along with her spontaneous reactions. Reading her feed is like having a viewing party with your bestie: enthusiastic, hilarious, and often profane. Watching the wrestling and weightlifting matches, Jones remarked, “I’m not gonna start anything with none of these folks!” Of the women’s 400-meter hurdles event, taking place in bad weather, she wrote, “You got to be crazy to do this lol!! #isthereadoitintherainmedal.”  A relay race had her joking, “I ain’t right!! But I’m just saying can I have this body for one month!!”

Fans following her for the last two weeks raved that she was one of the best parts of the whole event. One representative tweet said: “@Lesdoggg and her Olympics commentary is incredible. She made these past two weeks so much fun. God I love the Olympics.” Many others called for NBC to sign her as an official commentator for the 2024 Olympic Games in Paris.

Leslie Jones's comments were inspirational as well as funny 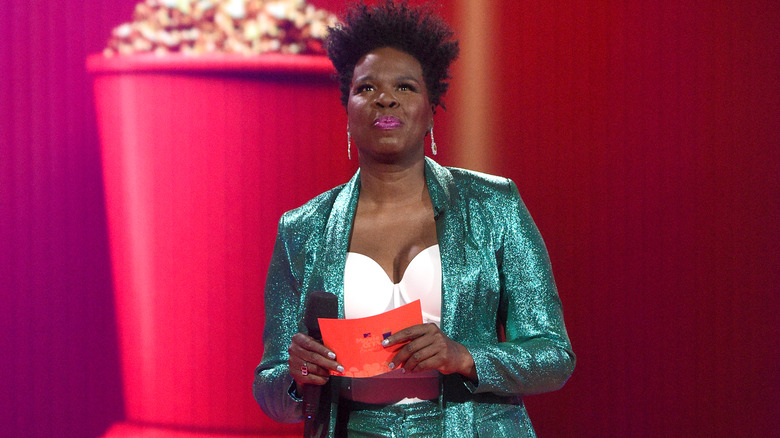 Apart from being one of Team USA’s biggest cheerleaders in every event, Leslie Jones also offered some thoughtful — and emotional — reactions. During the women’s synchronized swimming event — often dismissed as a “cute” sport — Jones pointed out how difficult it actually is. “I can’t even keep up a dance routine,” she said. “You think ima do this s***?…How do you practice this? …Look how precise they are! This is in-f***ing-sane!”

Jones followed Simone Biles’ difficult journey through the mental anguish that led her to pull out of most of her gymnastics events. “Baby, I got your back. You text me, girl, if you need to talk,” she called to the TV. In subsequent posts, Jones didn’t mince words when it came to clapping back at armchair critics who called Biles a quitter. Then, when Biles recovered enough to compete in the balance beam finals, Jones was there (at least, remotely) shouting, “Yes! Go Simone!” Still, she admitted having “mixed emotions. I’m so glad she did it but I’m mad she had to.”

One of Jones’ finest reactions was seeing Allyson Felix win her history-making 11th Olympic medal. The comedian was moved to tears. “I’m just blown away right now how wonderful Black women are,” she said in her running commentary. “I just want us to appreciate each other, and appreciate this world that we live in, because we save it.”