The vile slur, directed at British heavyweight Dereck Chisora, was sent from the reality TV hunk’s account in November 2014.

It is understood Tommy was 15-years-old when the tweet was sent to his brother Tyson, who was preparing to fight Chisora in a world title eliminator.

The tweet said: “Come on bro let’s get dis win good luck brother and chisora is a fagg*t and he’s gettin it proper @Tyson_Fury [sic].”

In other tweets seen by Daily Star Online, there are conversations with Tommy’s older brother Tyson, a former world heavyweight champion.

In 2015, the account shared a picture of Tommy, captioned: “Training hard to be the best!”

Tyson chirped back: “Work hard and sacrifice everything.

“Don’t have a life other than boxing, then you will do it bro – I did it.” 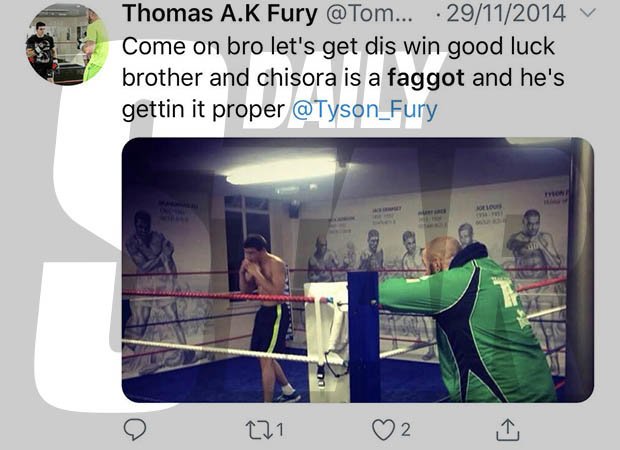 Tommy was often featured on the Team Fury Official Twitter account before he apparently stopped using the social media platform in 2016.

Since then, he has become an prominent Instagram user, amassing almost 600,000 followers.

His appearance on hit ITV2 show Love Island was announced days ago, with it cited in the post as the “worst kept secret”.

Sharing a snap, whoever was running it wrote: “We are so excited to announce our boy Tommy will be on Love Island.

The gay slur from Tommy’s account surfaced after it emerged fellow Islander Molly-Mae Hague used homophobic language on her Twitter account when she was aged between 15 and 17. 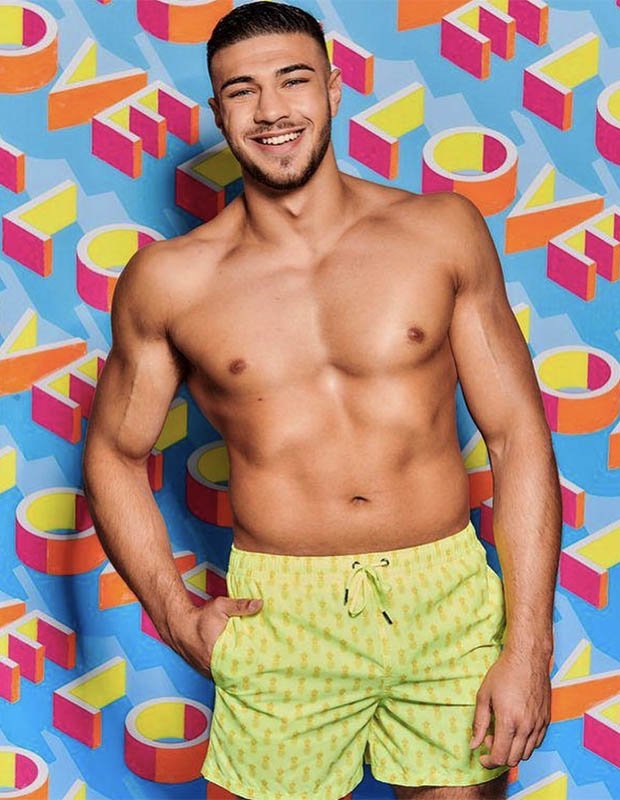 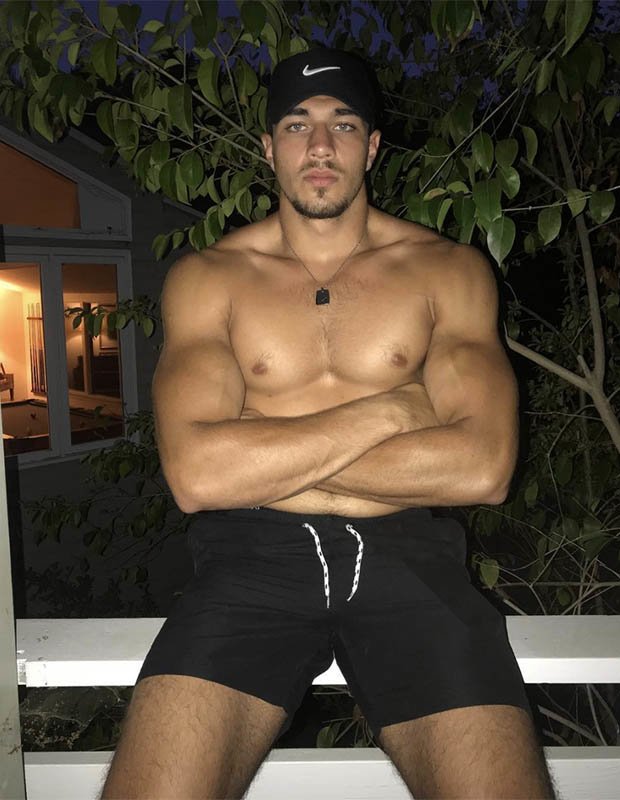 Speaking to Daily Star Online, Jess Ingold, head of media engagement at campaigning charity Stonewall, said: “While this tweet is historic, we know homophobic, biphobic and transphobic attitudes and languages continue to be an issue in society.

“For many LGBT people, the ‘F’ word has been used in a threatening and abusive way against them and may well be associated with incidents of bullying or anti-LGBT attacks.

“Our work continues to end the use of hateful language against lesbian, gay, bi and trans people.”

It was disabled shortly after.

ITV have also been contacted for a response.