Home » Celebrities » What Does Meghan Markle Hope For The Future Of Her Children’s Book?

Meghan Markle released her first children’s book titled “The Bench” back on June 8. The Duchess of Sussex penned the sweet story that started as a poem that she wrote for Prince Harry on Father’s Day, according to People magazine. “My hope is that ‘The Bench’ resonates with every family, no matter the makeup, as much as it does with mine,” Meghan said in a statement ahead of the book’s release. On June 16, Meghan announced that her book had become a New York Times bestseller.

“While this poem began as a love letter to my husband and son, I’m encouraged to see that its universal themes of love, representation and inclusivity are resonating with communities everywhere. In many ways, pursuing a more compassionate and equitable world begins with these core values. Equally, to depict another side of masculinity — one grounded in connection, emotion, and softness — is to model a world that so many would like to see for their sons and daughters alike. Thank you for supporting me in this special project,” a note from Meghan that was posted on the Archewell website read.

On June 20, Meghan did an interview on NPR about her highly successful book and revealed what she hopes for the future of “The Bench.” Keep reading to find out what she had to say.

Meghan Markle says that 'The Bench' is a love story 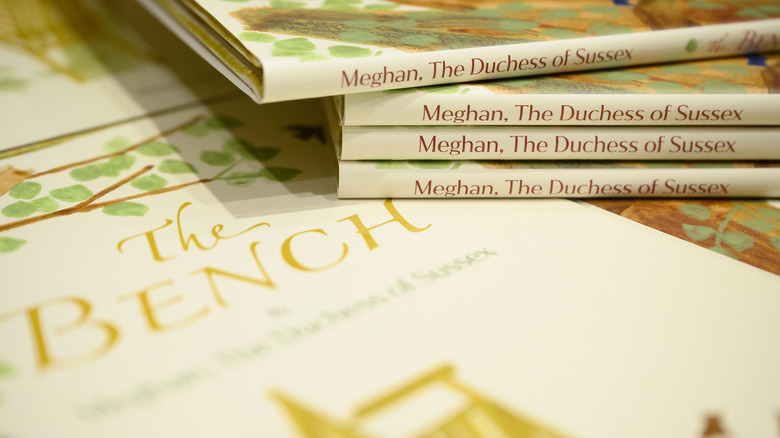 On June 20, Meghan Markle spoke about “The Bench” on NPR’s Weekend Edition. According to a tweet from her pal, Omid Scobie, this will be the only interview that Meghan does about the book. “Fresh off the heels of her first children’s book becoming a certified #1 New York Times bestseller, Duchess Meghan will be giving her only interview about ‘The Bench,” he tweeted on June 18.

Meghan chatted with Samantha Balaban about the story on  During the interview, Meghan shared her hopes for the future of her book. She explained that although “The Bench” started as just a personal poem that she wrote for her husband, Prince Harry, she truly hopes that other families can relate to it — as the overall message is meant to be universal. “It’s a love story,” Meghan says. “It’s really just about growing with someone and having this deep connection and this trust so that, be at good times or bad, you know that you had this person. I really hope that people can see this as a love story that transcends the story of my family,” the Duchess of Sussex added.