Big Little Lies was a huge hit when it came out in 2017. Fans couldn’t get enough of Meredith and her one-liners, the peeks behind the curtains of how the extraordinarily wealthy live, and of course, those houses and oceanfront views. However, one of the real reasons the show resonated was the shockingly realistic portrayal of a certain kind of domestic abuse that goes on between Perry and Celeste Wright. Season 1 ends with Perry’s death. Season 2 replaces him with his mother, Mary Louise. But who is Mary Louise Wright on Big Little Lies? Warning: Spoilers for Big Little Lies Season 2 follow.

Most portrayals of domestic abuse in the media simplify what happens so that audiences can easily side with one party. The idea of the rage-aholic spouse, who may or may not also have a substance abuse problem leading to the loss of control is the stereotype. But the truth is, certain types of abusers don’t have those excuses. The emotional abuse, which can then spill into physical or sexual abuse, comes from a simple lack of boundary setting; a refusal to control their emotions around the partner, which leads to a letting go of physical control, etc.

This was the type of abuse Perry inflicted on Celeste. And like in most relationships where this happens, Celeste’s response was to allow herself to return in kind, blurring the lines of who really is the monster here.

Many times, the belief that an intimate relationship means zero boundaries is learned from childhood. Mary Louise’s arrival suggests Perry is merely a reflection of his upbringing. Mary Louise is introduced the first time viewers see her walking into Celeste’s bedroom and waking her up. On the face of it, it’s a favor. Celeste has overslept. But it also says this is a woman who has no problem walking into her daughter-in-law’s room when she’s asleep.

These hints at Mary Louise’s lack of boundaries continue through the first episode. Thought the scenes where Mary Louise curb stomps Madeline are hilarious, they’re also red flags. The reason that Maddie is a monster to those around her is her willingness to break these boundaries. She’s just met someone who doesn’t believe they existed in the first place. 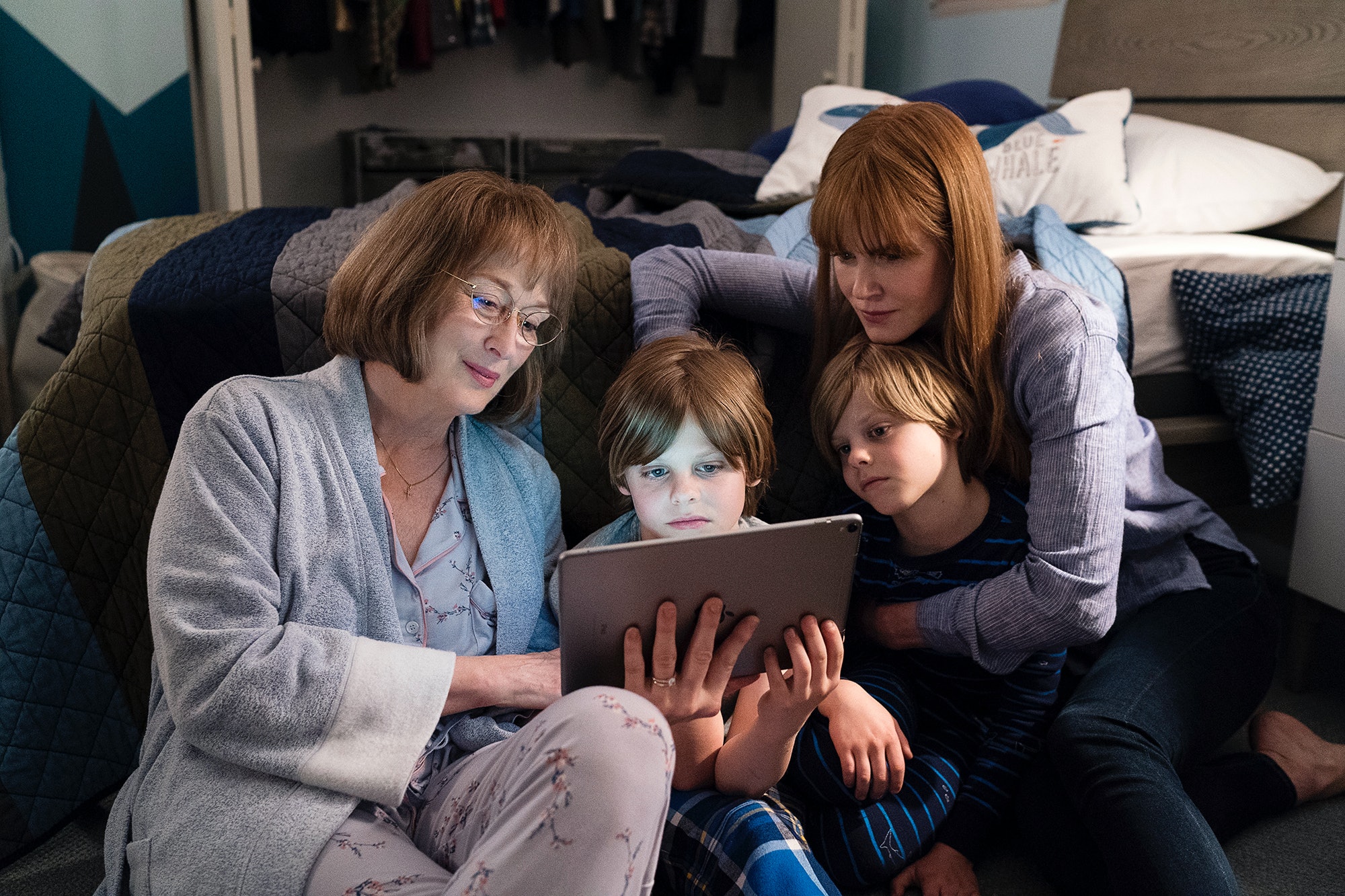 Mary Louise doesn’t show her true colors until the dinner scene when she begins a campaign of brainwashing her grandsons into focusing on their anger over their father’s death. Every child who loses a parent that young is bound to have a lot of feelings about it, but working through them with a therapist is the solution. Mary Louise wants them to dwell on it, nurse it, and eventually release it on their peers.

But it’s her primal scream over Perry’s death that should be the final straw for Celeste. The boys are terrified of it, it’s inappropriate in the extreme. Her willingness to impel everyone around her to accommodate her pain and rage as the predominant emotional force in the house is downright petrifying.

But like with Perry, Celeste’s instinct is to bow to it, not to push back. Her silence indicates acceptance to the boys. Perry’s work turning his sons into potential abusers now continues through his mother.