Home » Fashion » Babies sleep better if you LEAVE them to cry it out, expert tells parents

IT'S a dilemma every exhausted parent faces – when to step in and soothe their screaming baby?

Some will rush to comfort their little ones at the faintest whimper, while others tough it out in the hope their baby will send themselves back to sleep. 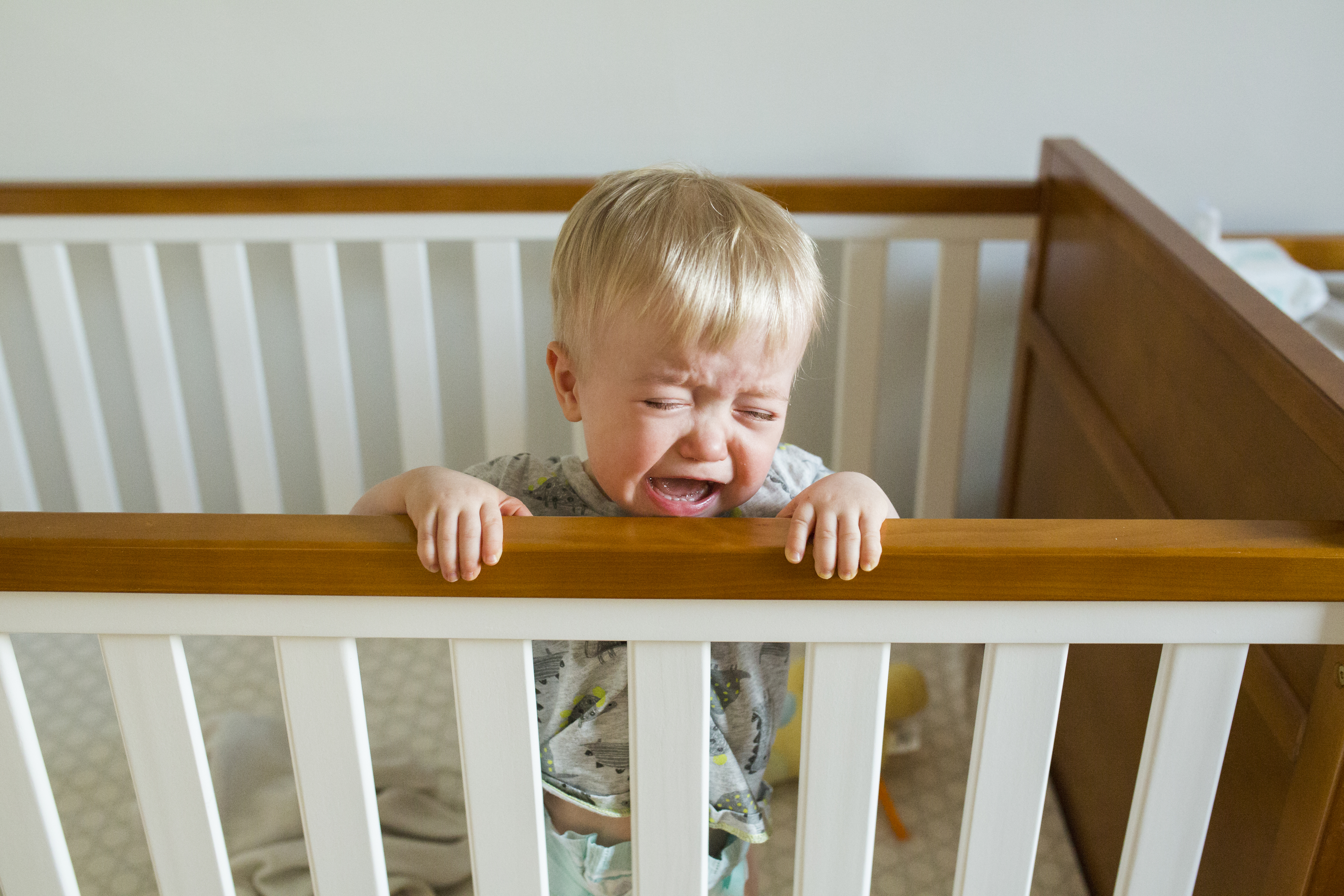 Now mum-of-two Emily Oster, an economics professor, has said babies should be left to "cry it out" at night.

She insists "controlled crying" helps babies sleep better and that the controversial practice doesn't emotionally damage them later on.

Emily, 39, has written a book called Cribsheet, in which she looks at the benefits of babies being left to cry – based on "thousands of papers of academic literature".

She said: "There doesn’t seem like there’s any downside long-term.

"That doesn’t mean it’s going to be the right choice for everybody but for those who do want to do that, there’s a reassuring picture from the data."

Also known as "controlled crying", most experts agree that parents should let babies cry for a short period of time (between two and ten minutes) before going to comfort them.

But controlled crying doesn't mean not tending to your baby at all – it simply means not rushing to them immediately.

A 2012 study concluded that parents should hang on before seeing what's wrong.

The NHS said that overall, the findings provided evidence to suggest that controlled crying has some important short-term benefits to mum and baby and that there may be no harmful effects five years after.

Controlled crying according to Mumsnet

OK, so controlled crying may work in studies but how does it go down in real life?

Mumsnet again reiterates that parents shouldn't make the mistake of thinking that controlled crying is the same as letting a baby cry themselves to sleep.

"Gurus of the method recommend that you put your baby in their cot, settle them, then leave the room.

"If they start crying, wait for five minutes before going in to comfort them. Then leave the room again.

"If your baby continues crying, repeat the process, waiting two minutes longer each time before you go back to comfort him (so wait seven minutes the second time, nine minutes the third time and so on).

"The longer intervals are supposed to teach your baby that you won't automatically come to them when they cry. Eventually, the idea is that babies learn to go to sleep by themselves."

Why Mumsnetters like it: “It took me two very stressful evenings and then it worked.”

Why it might not work: “This is a quick fix solution in that it can work after just three days. But the first night is always horrendous and some of you might simply not be able to stand it. It can be heartbreaking listening to your child crying for you.”

Their key points to remember include:

Monique Robinson, principal investigator at the Telethon Institute for Child Health Research at the University of Western Australia wrote in The Conversation that in a study involving mums and babies aged between six and 12 months, "not only was there a significant improvement in infants’ sleep, there was also a significant reduction in maternal depressive symptoms compared with controls".

"The research team followed up these mothers and infants at the age of six years, and found no difference in emotional or behavioural problems, sleep problems, attachment, parenting styles or maternal mental health between intervention and control groups."

Again, she said it was important to differentiate between controlled crying which involves parents responding and returning to their babies, and "extinction" – which is when parents hear their babies crying and just leave them to cry themselves out.

Practising controlled crying doesn't mean that you can't check up on your baby.

And Professor Oster, who teaches economics at Brown University in the states, clarifies that if it's easier, parents can check in regularly or stay in the same room as their baby.

There have been a number of studies looking into the benefits of controlled cryings on babies' health and wellbeing.

'Crying it out is akin to emotional neglect' 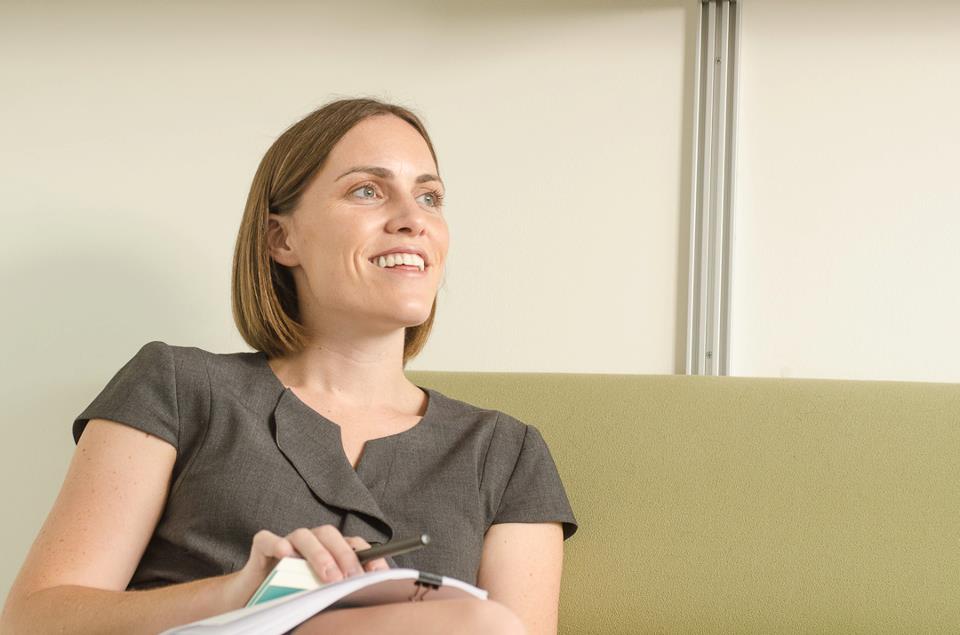 Prof Oster claimed that people only started being so against the idea of letting babies cry out in the 1980s, when footage of Romanian orphanages surfaced, showing silent infants who no longer cried because "they knew no one would come".

But a few nights' is hardly likely to have the same devastating impact, she said.

She told the Mail: "In studies where parents were encouraged to use this technique and others were not, they found – on average – after the sleep training, babies sleep better.

"Many studies found parents reported their babies are happier after the sleep training than before.

"In addition, there seems to be some benefits to parents, including less maternal depression and better marital satisfaction."

In other words, everyone gets more sleep and privacy.

Having two parents who are exhausted and depressed can have more dire consequences for a child's development than a few lonely nights, she said

Monique calls allowing babies to cry all night "emotional neglect" – which "does indeed induce long-lasting changes in the developing brain".

Every baby is different and has different needs, she says – there's no one magic solution to getting them to sleep through the night.

Predictably, Professor Oster's comments have drawn a fair bit of criticism online from parents who disagree with her detached style of parenting.

Many pointed out that she's is an economics professor rather than say, a child development or psychology expert.

But others agreed with her theory, maintaining that when babies cry out, it's only for attention and that they should be ignored.

Prof Oster, whose book also covers breastfeeding, vaccinations and co-sleeping, said that her goal isn't to encourage parents to sleep train their kids.

"Like many other things in the book, the goal is really to provide people with evidence so they can make the best choices for them."

However, she does acknowledge that controlled crying can be "very hard to do" for many parents.