FASHION is back, loud and proud – and is practically doing the can-can down in Cannes.

After the fun-free Bafta and Brit Awards yawn-athons, the annual film festival in the South of France has given a high-flying kick to drab Covid looks in favour of big, bright freedom frocks.

From sequins to giant jewellery, the celebs were showing off their brightest, boldest red-carpet ensembles in years.

When dressing up post-lockdown, it’s either go big or stay home. 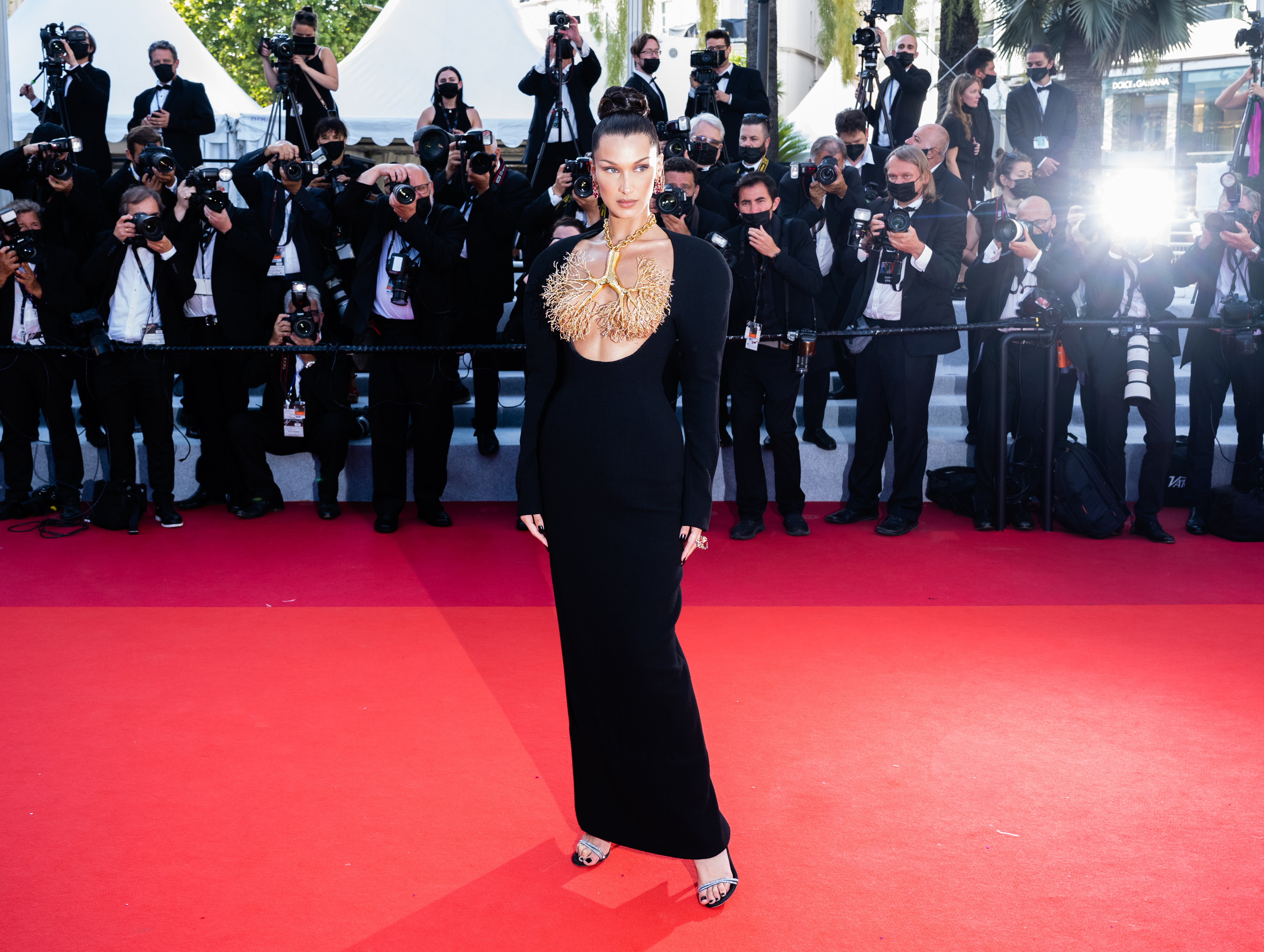 WEARING a pair of golden lungs as a breastplate isn’t a look that everyone could pull off with success . . . but when you are a supermodel, you Cannes. 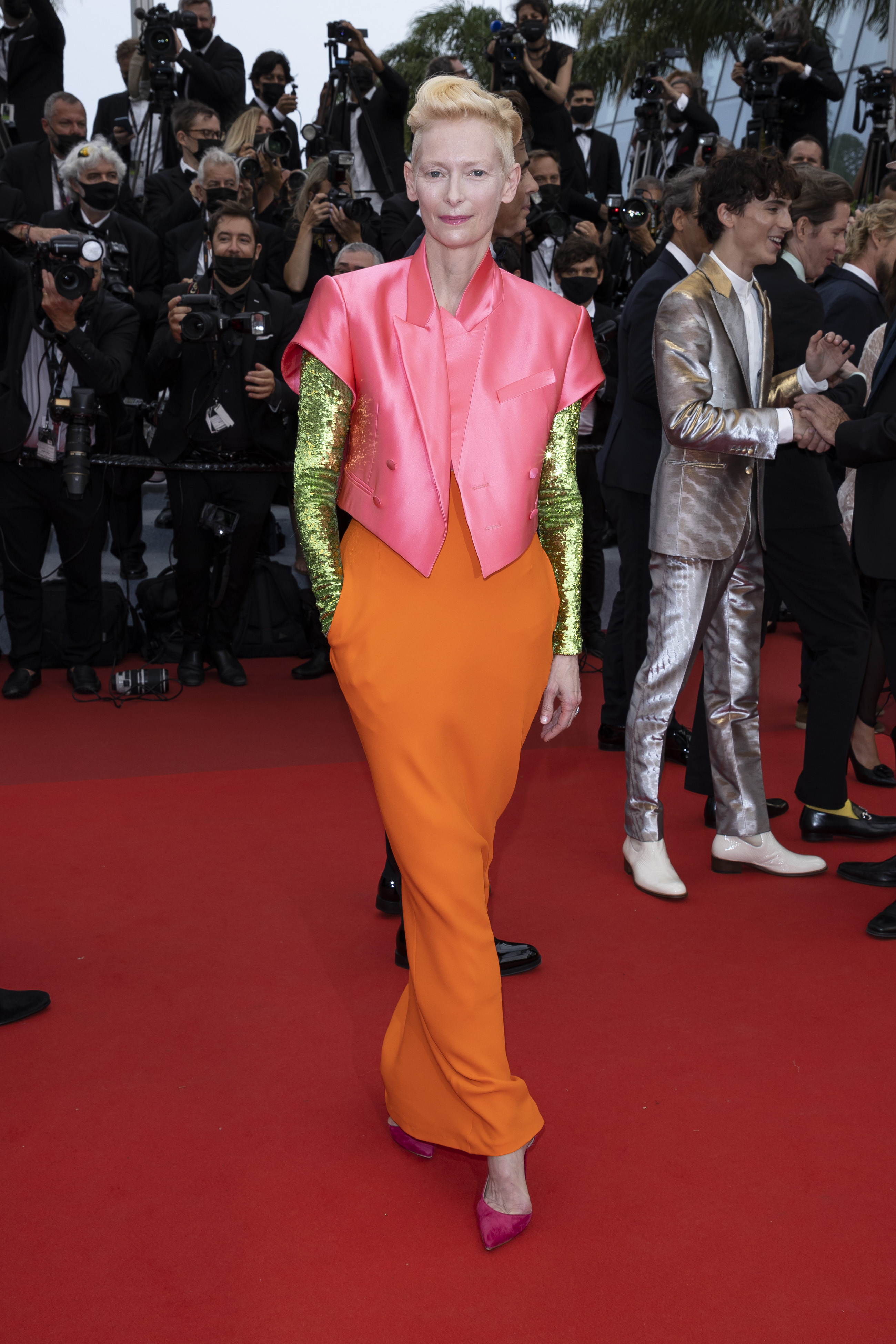 TILDA Swinton was one of the most sensational stars to grace the Cannes red carpet.

The 60-year-old British Oscar winner deserves a gong for this pink, orange and green tailored outfit by Haider Ackermann. 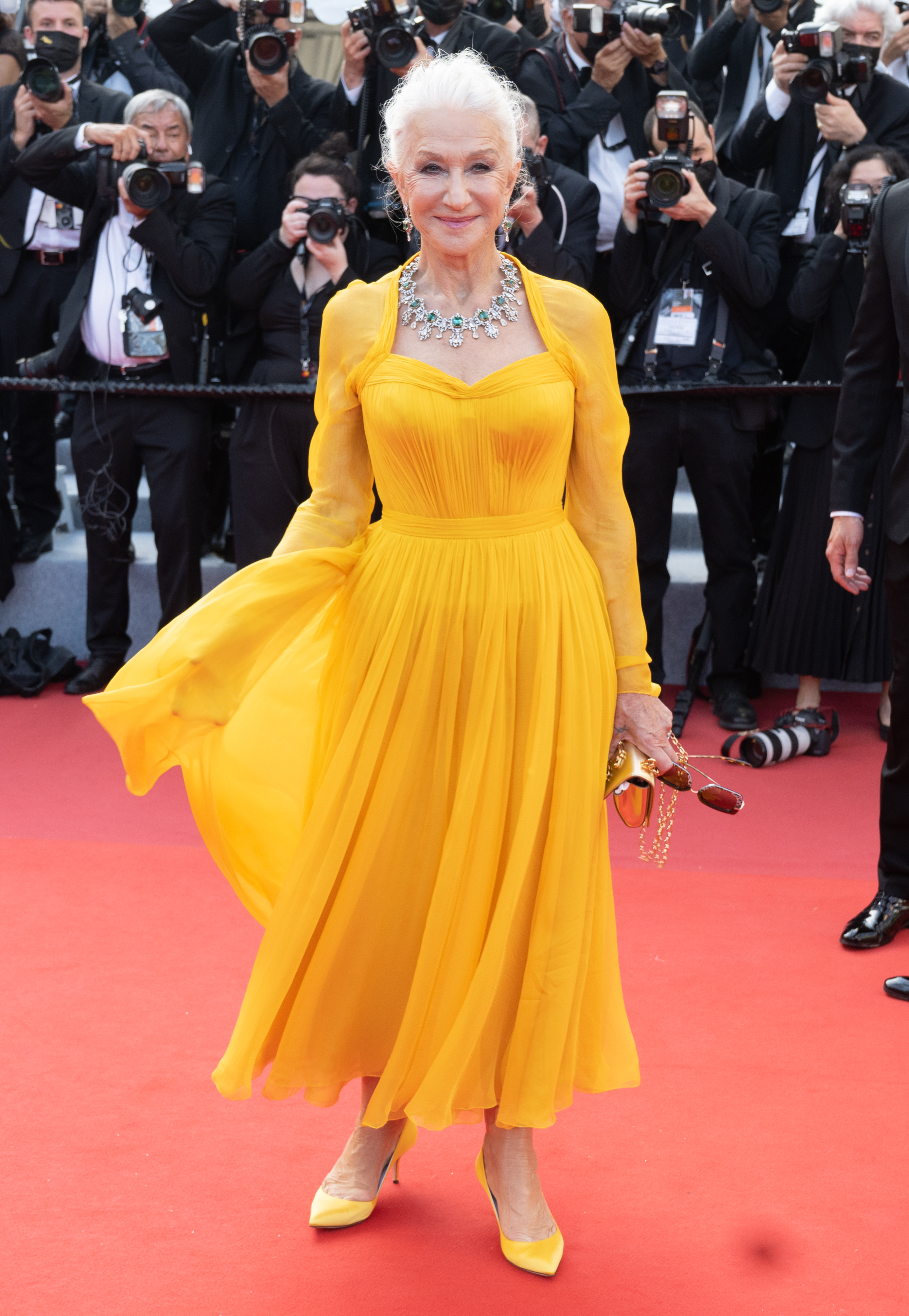 HELEN ­Mirren once starred in a film called Woman In Gold – but at Cannes she opted for this Dolce & Gabbana dress in sunshine yellow.

The 75-year-old outshone the rest in her dazzling frock with emerald-and-diamond bib necklace. 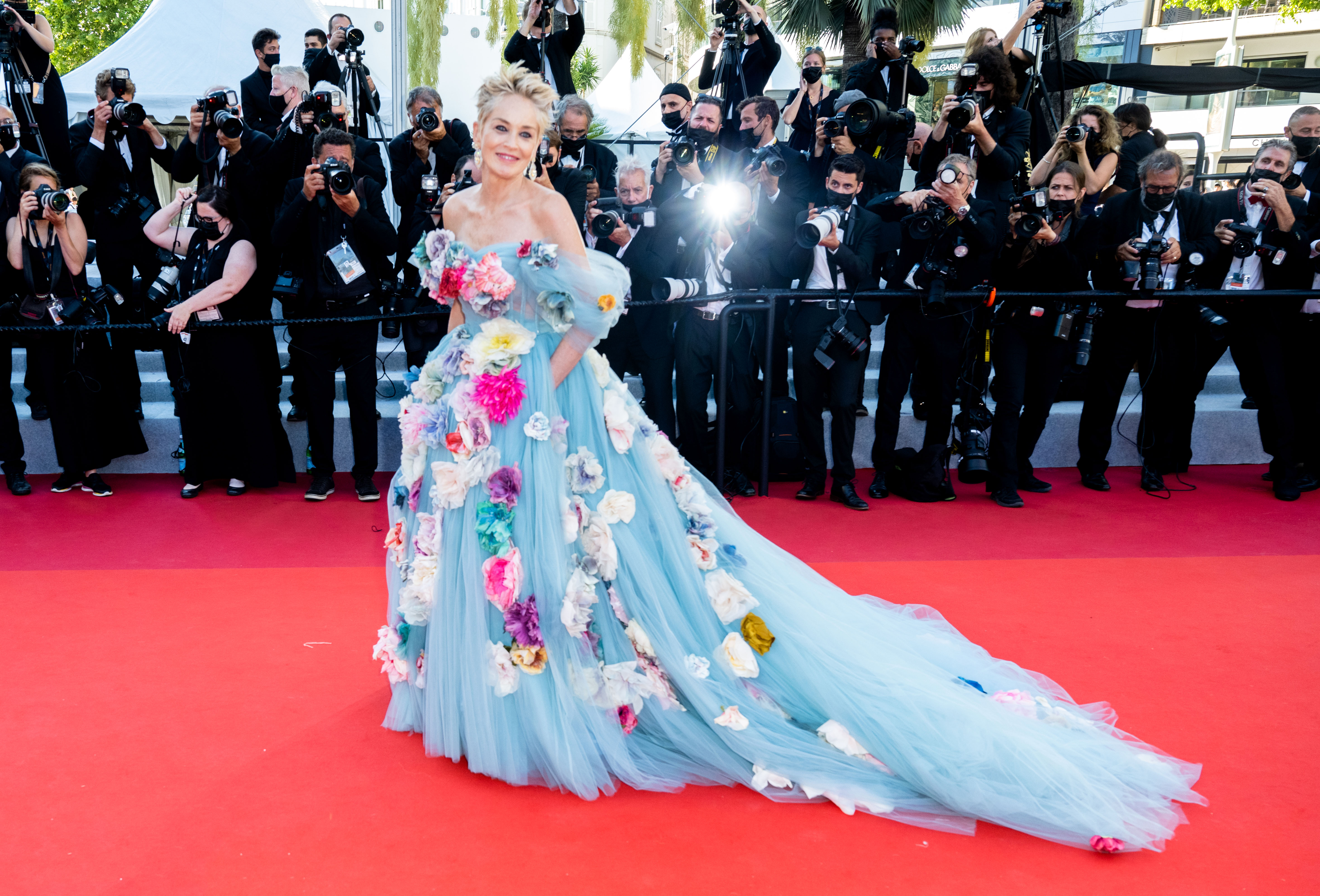 IT looks as though Sharon Stone had brought half her garden with her in this floral blue tulle gown by Dolce & Gabbana.

The 63-year-old Basic Instinct star’s off-the-shoulder dress, with its huge train and worn with just a pair of statement earrings, simply exuded glamour. 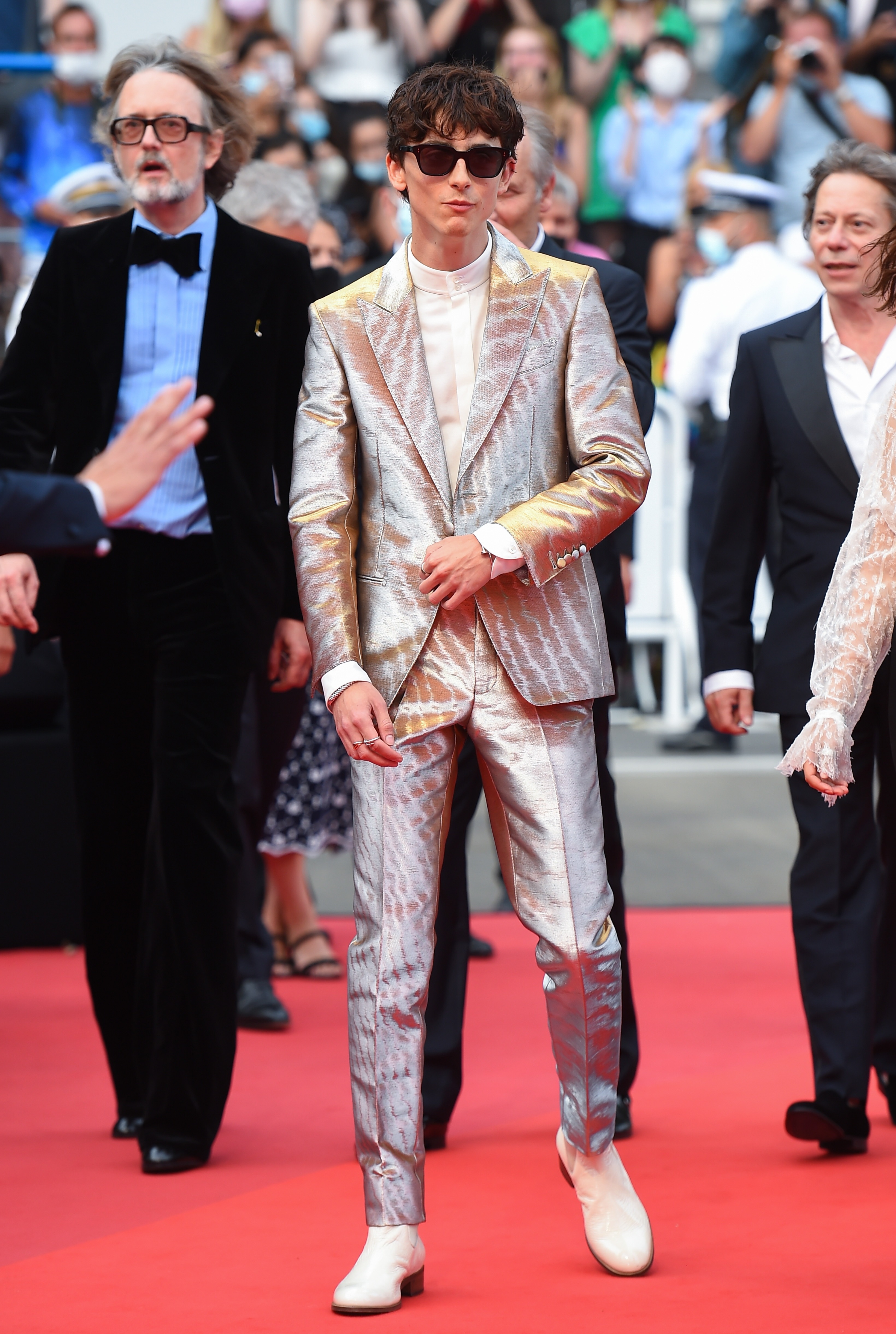 NO boring penguin suit for Timothee Chalamet, who went for eye-catching metallic tailoring by Tom Ford.

The 25-year-old actor finished the look with shades, boots and shirt. And no, the suit was not made from old tin Cannes. 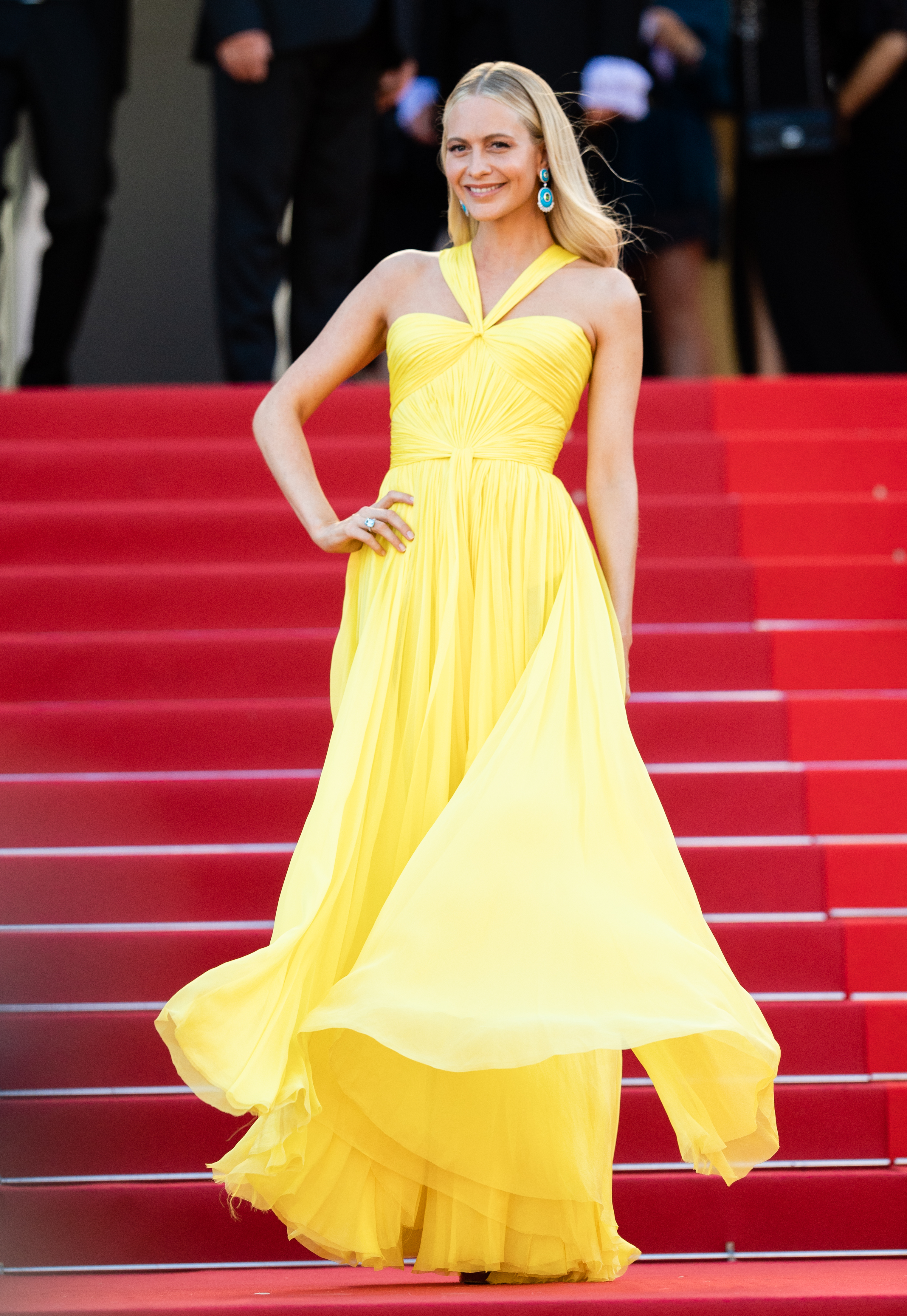 STANDING out in canary yellow, model Poppy Delevingne was another celeb in Dolce & Gabbana.

With a hint of 1950s Hollywood glam – the circle skirt blowing in the breeze – she looked every inch the starlet in this panelled number. 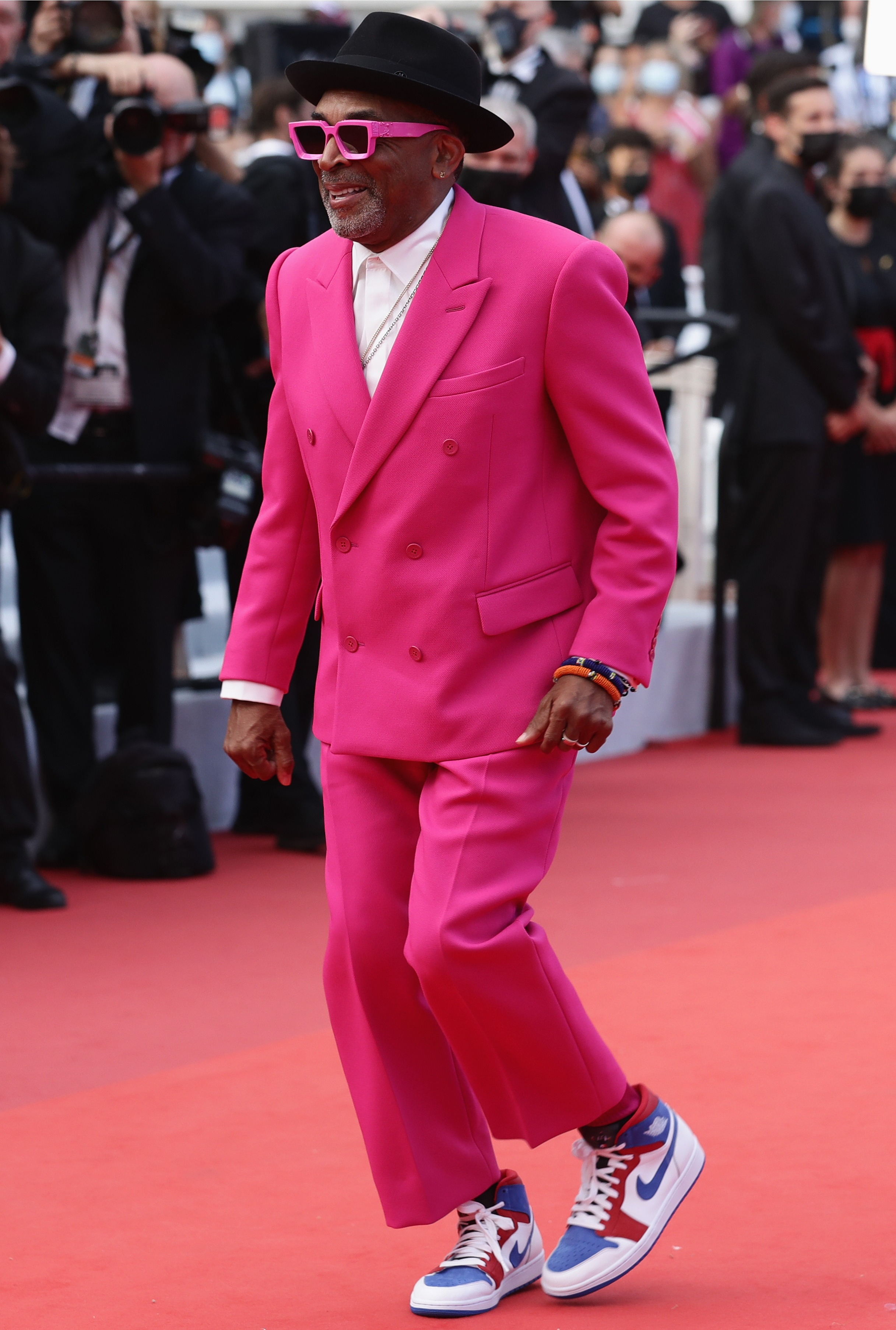 Complete with matching pink specs and his signature hat, he topped off his exuberant style with trainers. 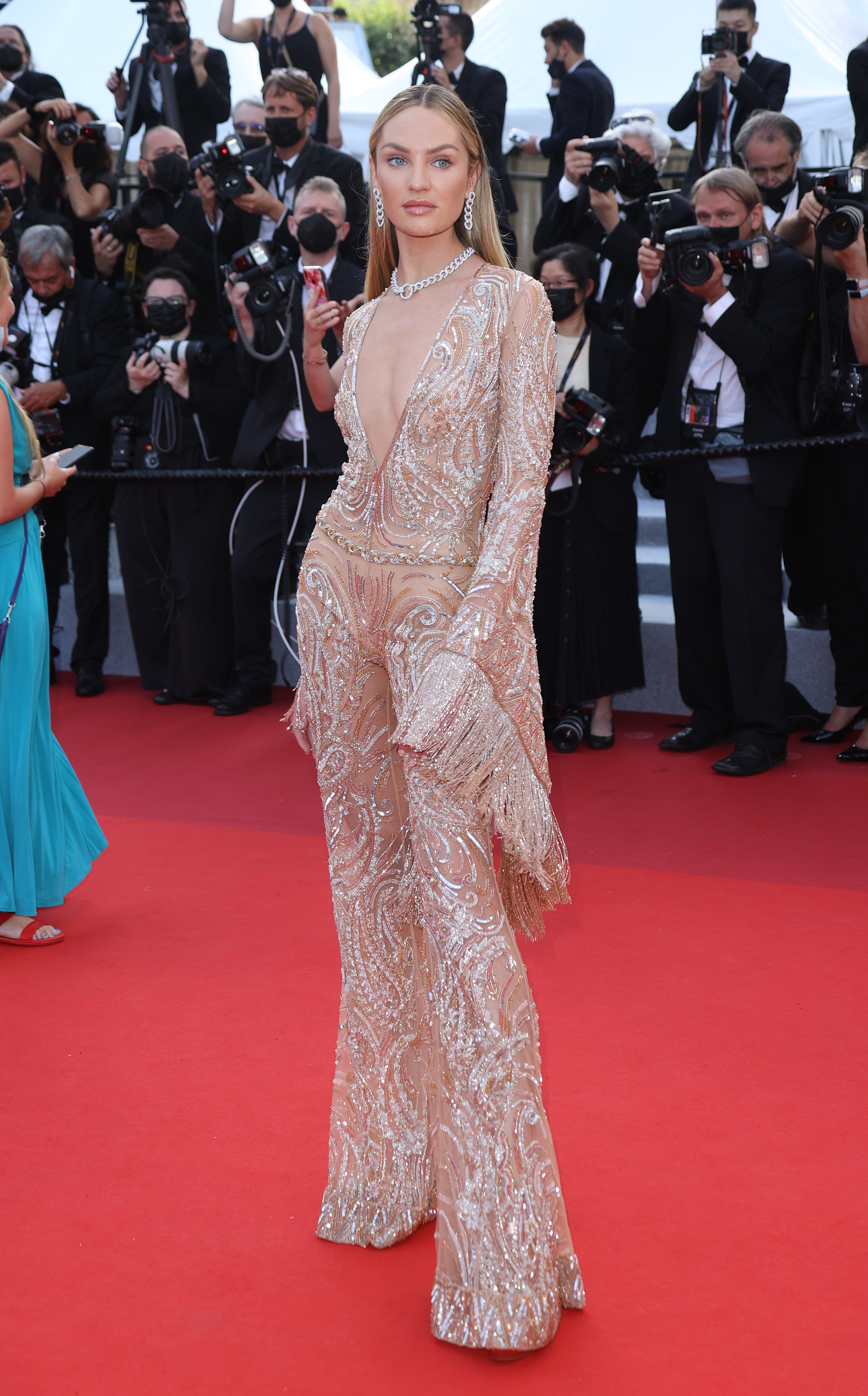 Embellished and extra-OTT, with fringe detail on the trumpet sleeves, her look was completed with chunky jewellery by Pomellato. 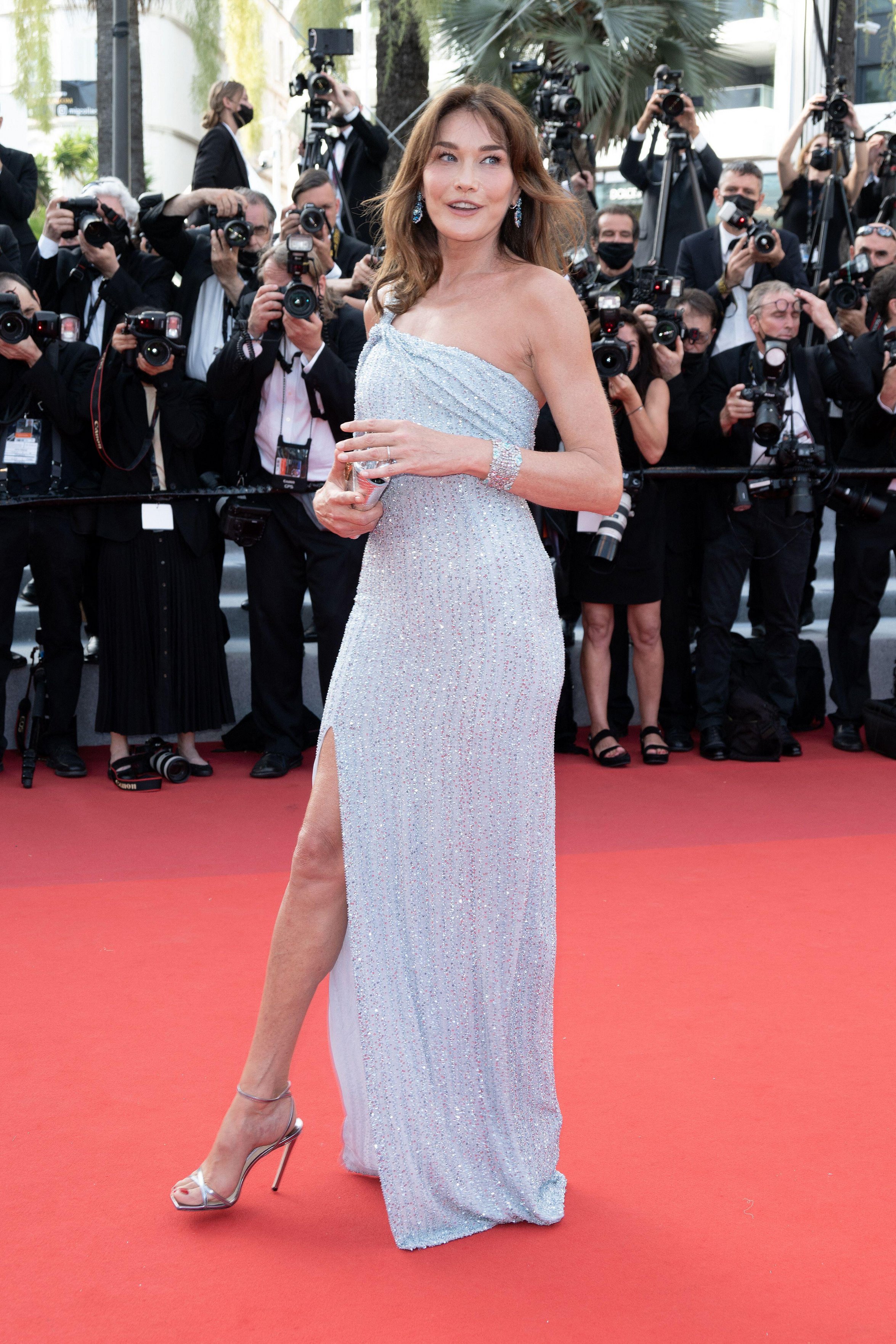 CARLA Bruni proves she has still got it at 53 in a shimmering slip dress from Celine.

The former First Lady of France brought a touch of va-va-voom to Cannes with her outfit’s thigh-high slit and asymmetrical shoulder detailing. 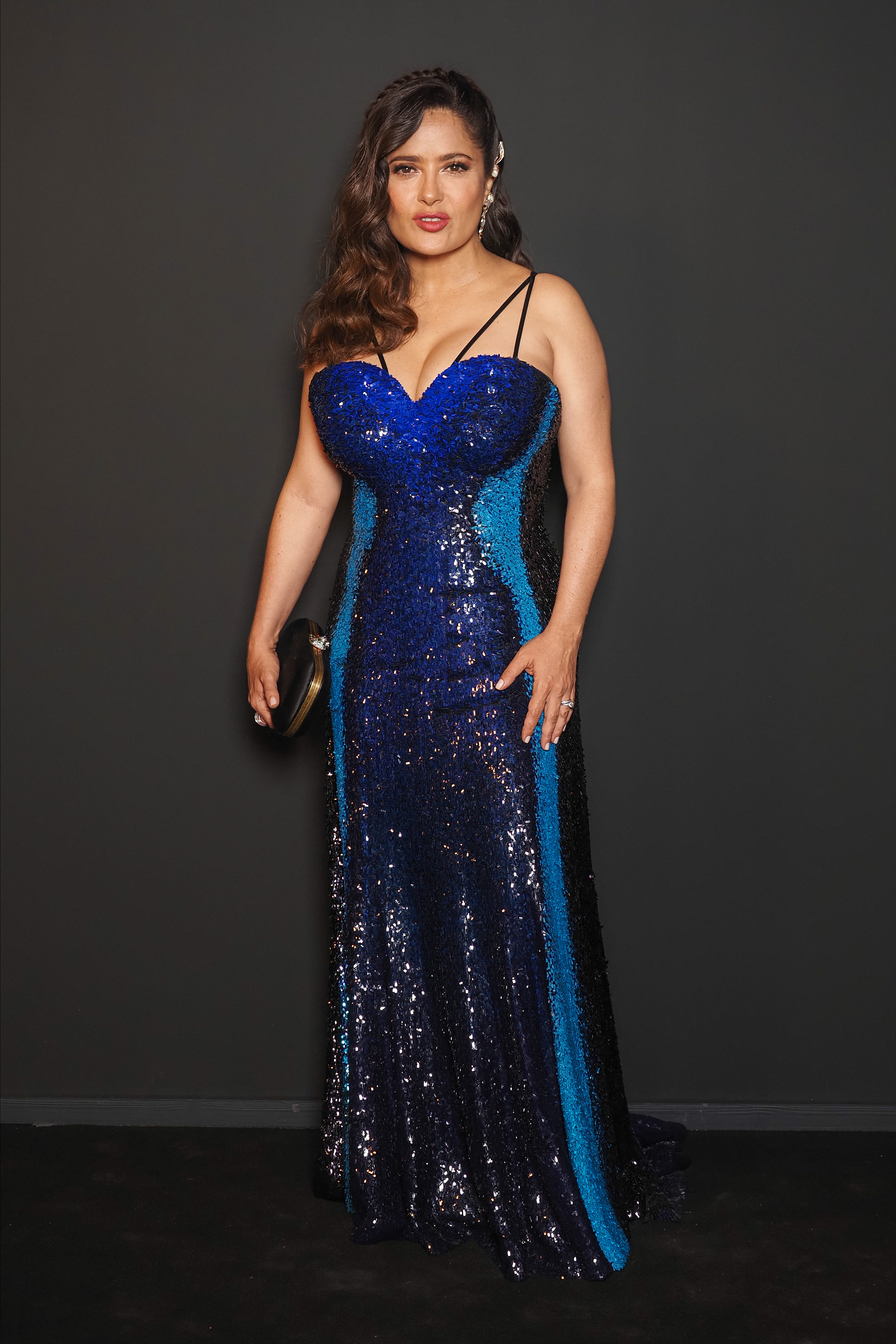 The 54-year-old actress’s bust looked like it was trying to break free, but was held in place with sexy strapping. 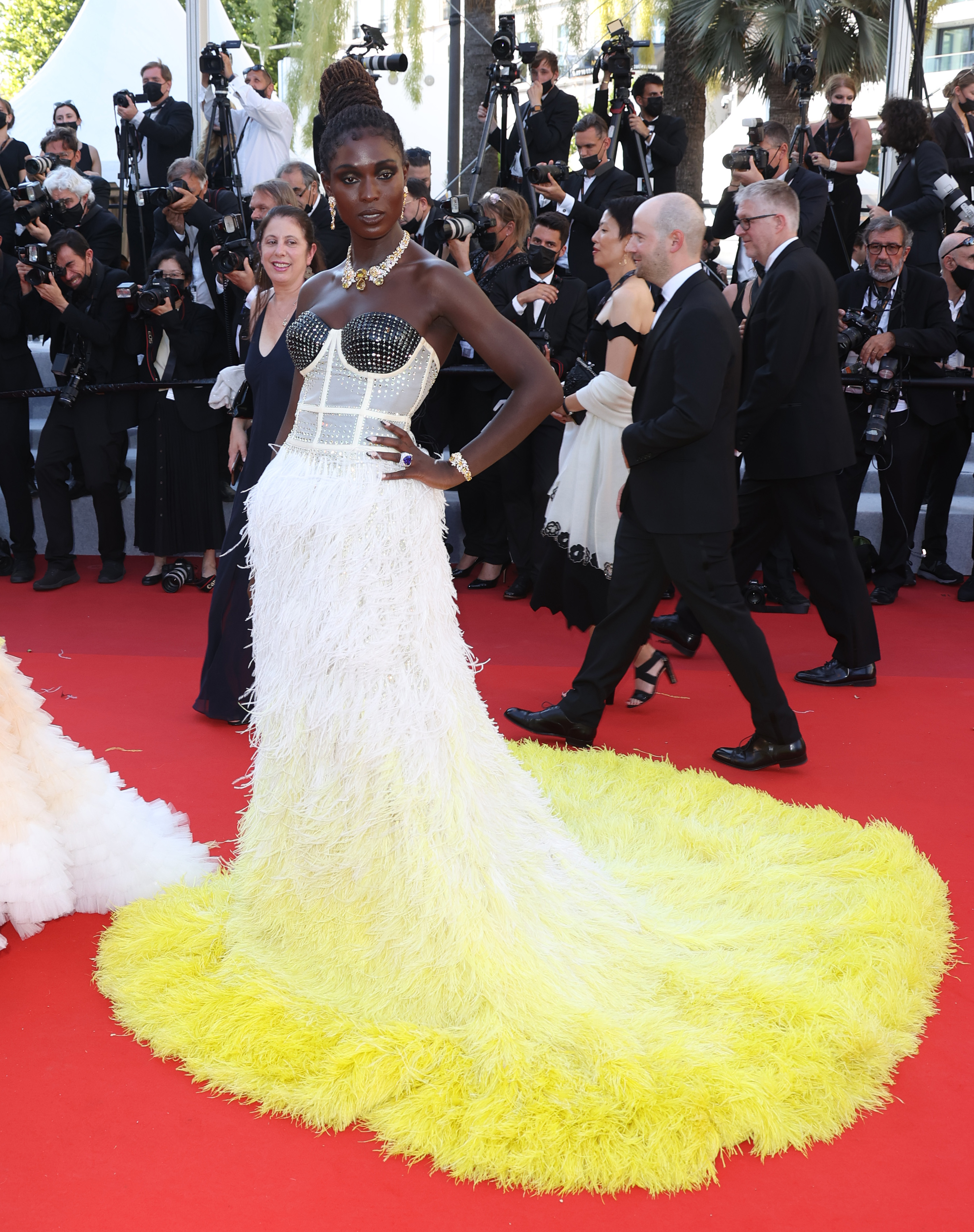 Every detail of this look was accounted for. There was the dramatic ombre yellow and white skirt, a chic corset  top with  diamante detail, a blingtastic three-piece jewellery set AND perfectly painted, pointed nails.

In all, the 34-year-old Brit star looked pluming lovely.