A WOMAN has been praised for her stunning lace wedding dress – that is until people realised that she wasn’t the bride.

A snap from the happy couple’s big day showed the cheeky guest dressed in a full length ivory lace gown. 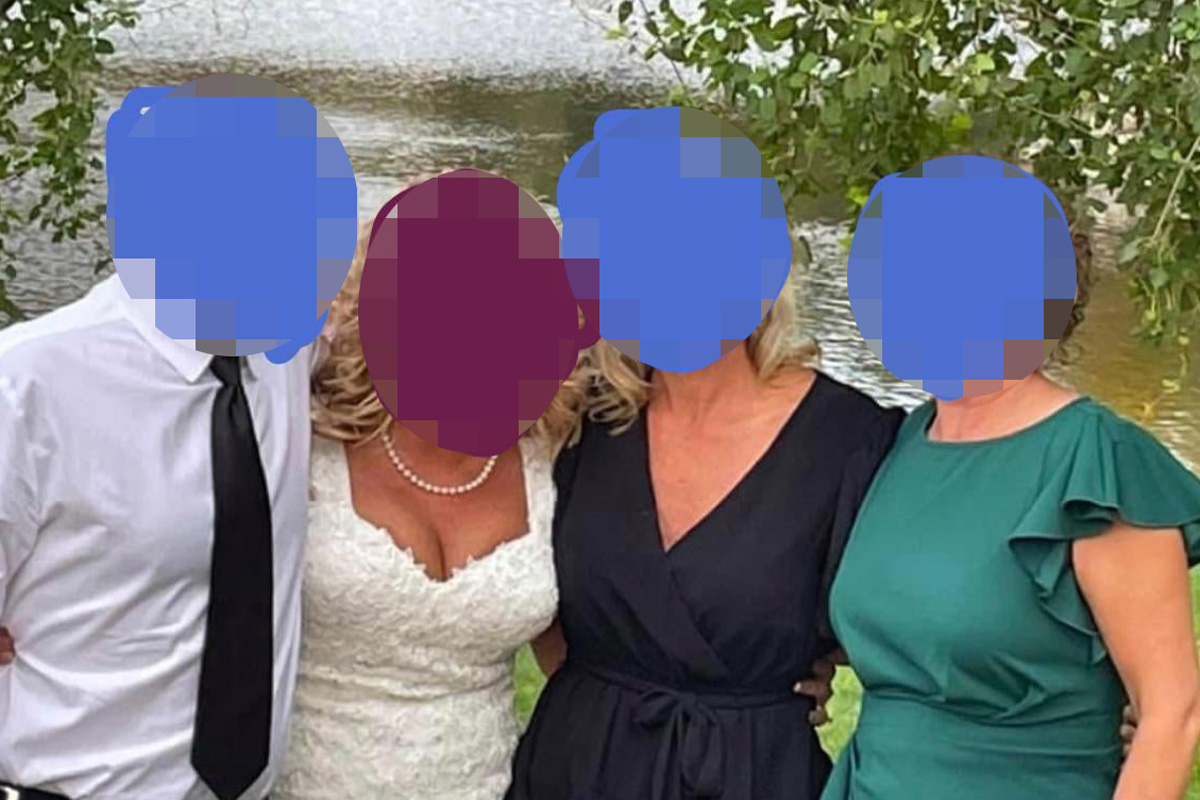 The woman, who was a relative of the groom, finished her look with a pearl necklace making her ensemble look particularly bridal.

The snap was shared on Reddit by a friend of the bride, who shared a photo of when the guest had originally worn the dress as a bride.

Fellow Redditors were equally horrified by her outfit, with many admitting that they had mistaken the guest for the bride.

One wrote: “I thought that was the bride until I read the captions.”

Another agreed adding: “Repurposing a wedding dress is pretty cool. Just not on someone else's wedding.”

“Not the pearls too oh my lord,” added another, while a fourth agreed, “At least dye it a different colour!”

The photo was shared on the subreddit r/weddingshaming.

The group has almost 229,000 members and is described as a "place to shame wedding themes, brides, grooms, wedding party, in-laws, outlaws, guests, Uncle Bob, vendors… you name it, we shame it!"

For more wedding stories, a bridezilla fired a four-year-old flower girl due to "poor performance."

And this bride was hailed a genius after making subtle hints about what ring she wanted in social media posts.

Meanwhile this groom was roasted for not cleaning his nails on his wedding day.