This might as well be Cinderella’s ball, because Camila Cabello looks like an absolute princess at her first-ever Met Gala. She had the best accessory ever — her hunky man Shawn Mendes!

She doesn’t need a Fairy Godmother tonight! Met Gala newcomer, Camila Cabello, is an absolute princess all on her own at fashion’s biggest event. The Cinderella star arrived alongside her love Shawn Mendes, as the pair donned Michael Kors looks inspired by his Studio 54 days. The duo totally gave off Sonny and Cher vibes as Shawn rocked a leather blazer with nothing underneath, and Camila wore a purple two-piece set that showed off her awesome figure and belly button. Her black hair was long and straight down her back and Shawn seemed to love her look just as much as we do as they cuddled on the red carpet! 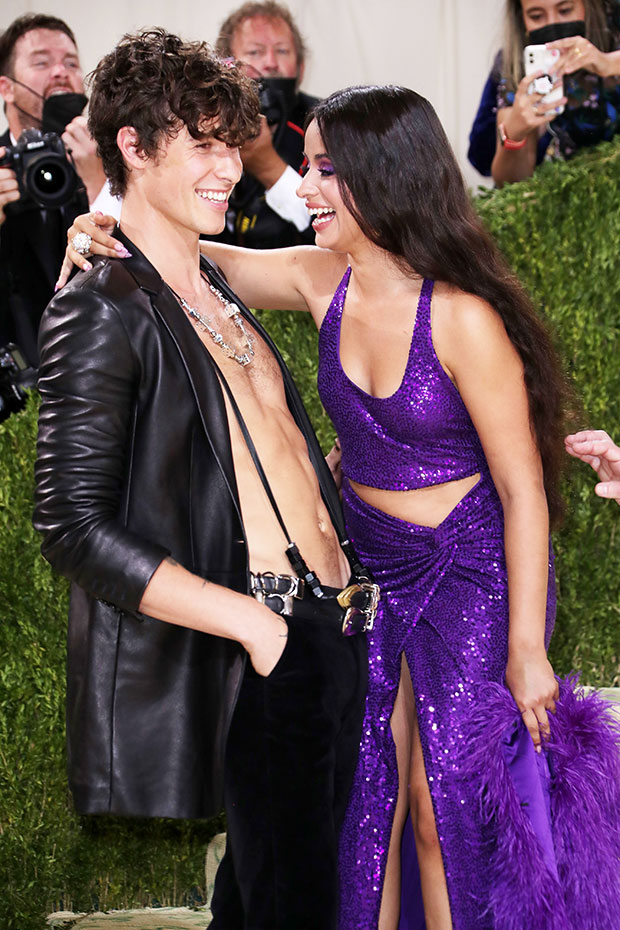 “With Michael Kors, he’s one of the people who wasn’t just referencing Studio 54, he was living it. It’s that chic vibe,” Camila told Keke Palmer of her Met Gala look. Shawn added that American fashion has allowed him to tap into his “duality” and sometimes a “darker vibe” that he hasn’t shown before.

It was shocking to find out this was Camila’s first Met, but her boyfriend Shawn has definitely graced the carpet before. The first time, in 2018, Shawn joined his then-girlfriend Hailey Baldwin for the Manus x Machina themed event. In 2019, he went stag, dressed in Saint Laurent, rocking a Western style two-piece and golden highlights. Of course, he looks better than ever tonight with Camila on his arm! There’s no better accessory than love — are we right?! 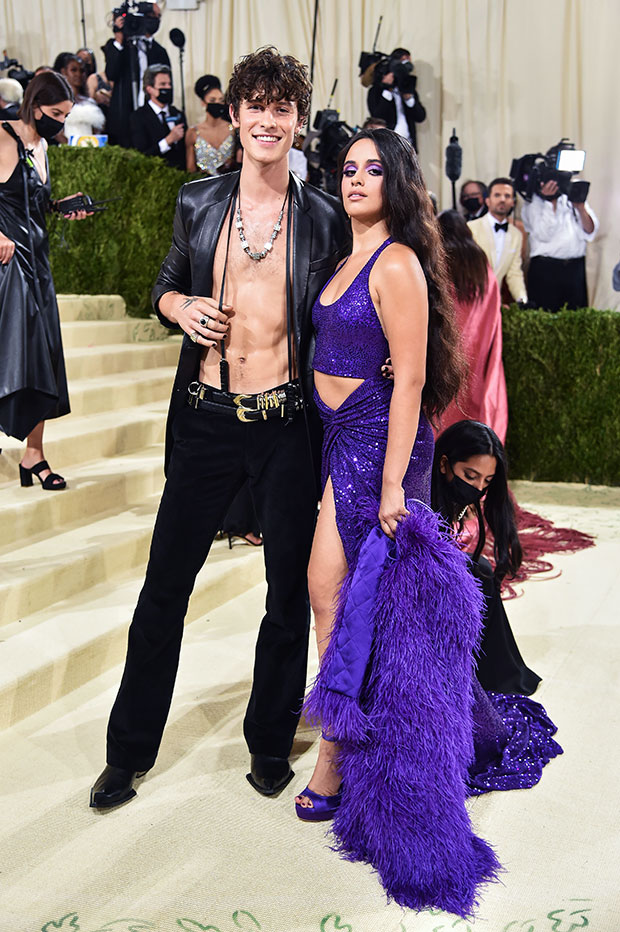 Camila and Shawn’s Met Gala appearance comes after they caught all our attention at the VMAs on Sept. 12th when they had epic, individual red carpet moments at the event. Camila opted for a bold look, wearing a fuchsia pink and red dress, complete with a corset and stunning bow, while Shawn wore a head-to-toe cream-colored suit. While fans were confused why the pair walked separately, the “Treat You Better” singer promised E! that there was nothing to worry about, adding he was excited to “[see] his girlfriend’s performance.”

Shawn was later spotted dancing along to Camila’s performance of “Don’t Go Yet” and proved he really is her number one fan!