Home » Fashion » Can't stand the sound of your husband eating? It's a medical condition known as misophonia

MISOPHONIA is a medical condition, affecting up to one in five people.

Dr Melanie Smart, a Clinical Psychologist from Chichester, West Sussex, says of the condition: 'It is an allergy or phobia of certain sounds.' 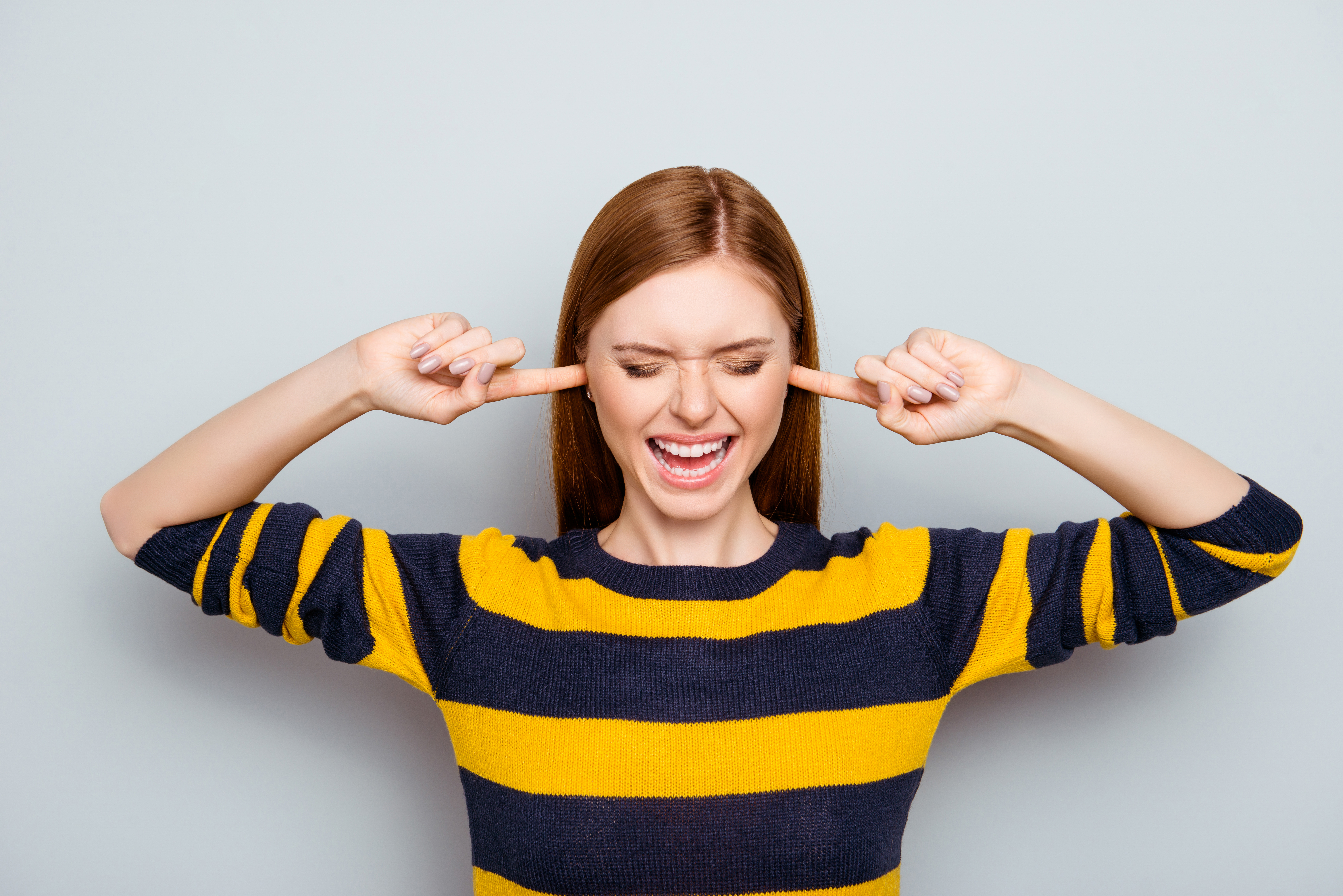 I NEED TO LEAVE THE ROOM WHEN MY HUSBAND EATS

"My phobia of eating and drinking sounds has got worse as I’ve grown older, and while it bothers me with everyone it’s with my husband that it grates on me the most. 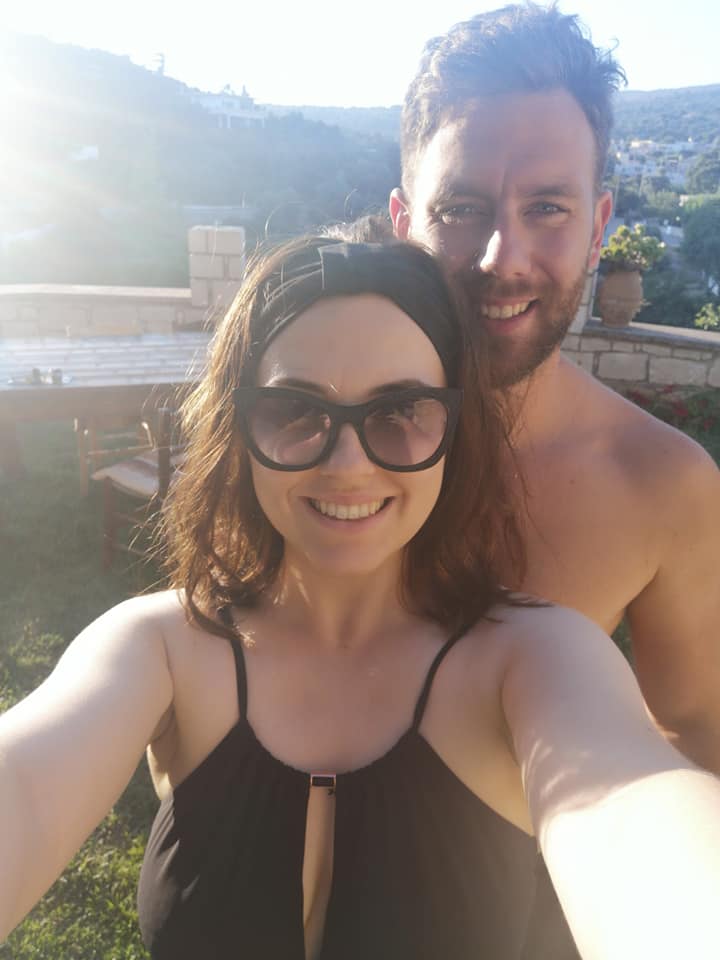 "We have a lot of film nights together and on occasion he’ll go to the cupboard and get popcorn. I won’t be able to concentrate on the movie with him munching next to me so I move to the other end of the sofa. I constantly tell him to eat with his mouth closed.

"Obviously, this causes arguments. He wants us to have a nice relaxing night together but my phobia spoils the mood and, inevitably, the date night we’d planned ends in a row. Naturally I’m a laid-back, down-to-earth person but the sound makes me so angry. I feel it brewing and keep telling myself to keep shtum, but it always comes out.

"It makes me feel as distressed as other people might when they hear nails scratching down a chalkboard. Drinking tea aggravates me too. I’ll snap at him for slurping too loudly. It creates a real negative atmosphere between us. A couple of times a month we will fall out over it.

"Sometimes he gets annoyed as I haven’t been listening to him and it’s always because I have been so fixated on the noises instead. Reece is a key worker and he has been out working a lot during lockdown. We haven’t seen each other much so our time together is precious.

"I look forward to him coming home but as I’ve been indoors all the time, I’ve been irritable and notice the sounds even more. He’ll get home and want to eat his dinner and have a chat, but I have to leave the room.

"I know I need to deal with it, but I’ve never had therapy or spoken to anyone about it. I hope to find a way of coping better so that I can start to enjoy mealtimes and date nights like other couples." 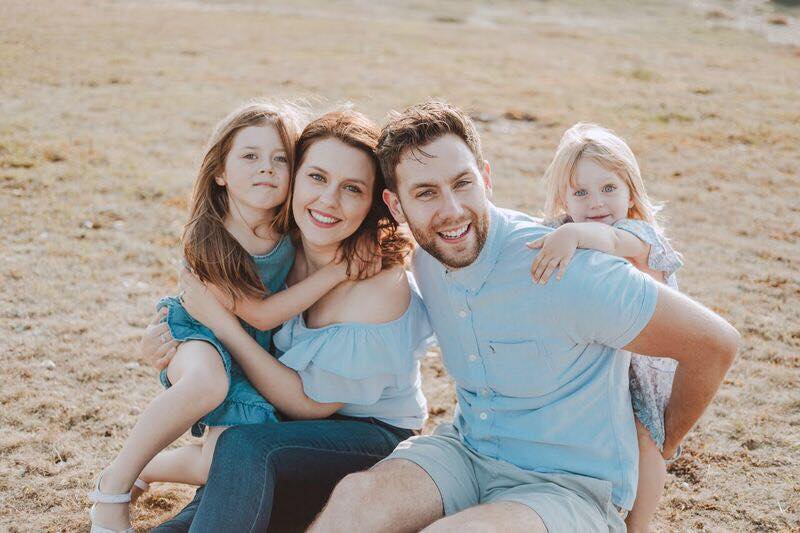 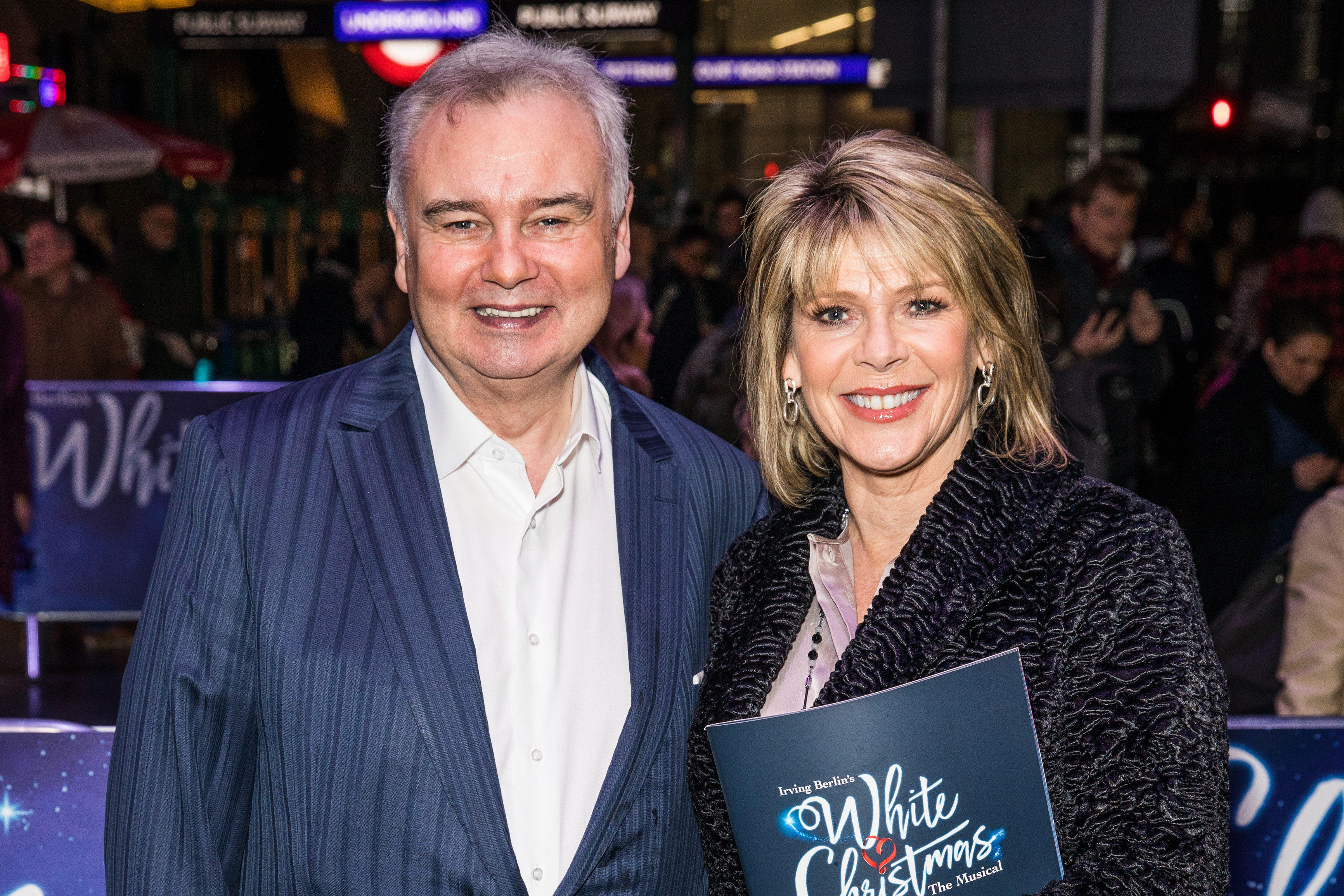 MISOPHONIA is a medical condition, affecting up to one in five people. TV’s Ruth Langsford said recently on This Morning that she has it and cannot bear husband Eamonn Holmes slurping his tea.

Dr Melanie Smart, a Clinical Psychologist from Chichester, West Sussex, says of the condition: “It is an allergy or phobia of certain sounds. Those with it suffer a stress or sometimes angry reaction when they hear certain noises.

“It tends to be human noises but it can include things like ticking clocks or the buzzing of electricity. The jury is out on whether it is a genetic condition and research continues to see if it is caused by an auditory or neurological problem in the brain. It is often misunderstood or not taken seriously.

“People think those who have it just don’t like the sound or are rude or oversensitive. But sufferers describe experiencing distress or physical discomfort. Misophonia can make people very intolerant of others to the point where families become fractured.

“Partners and family members can feel rejected and wounded and the person suffering can feel very angry. There are things you could do which might help. You could wear noise-cancelling headphones or play music to create a distraction. These won’t solve the problem. Treatment is needed, but in the short term it might take the stresses away.

“Don’t worry if you have to eat or sleep separately. Taking people away from the noise as much as possible will minimise stress. Talk to your partner, try to help them understand that it is a noise aversion and not just a person aversion.

“Say things such as, ‘The chewing noise is triggering my misophonia’, rather than, ‘Your chewing is making me feel angry.’ This way it is not personal. The key is recognising the problem and working on it together.

“Psychological intervention is advisable so if you have this, speak to a practitioner psychologist, especially if it is causing issues with your partner or family members. A variety of treatments may help.”

SNIFFING AND CLICKING CAN SEND ME INTO A RAGE

SAFFRON Powell Brown, 41, lives in Dartford, Kent, with husband Adrian, 49, and the couple run a social media firm together. She says:

"Swallowing, drinking, rustling, chewing, repetitive noises and even heavy breathing really irritate me. I got together with Adrian 15 years ago and at first, it wasn’t an issue. I was in love and I didn’t notice any noises. 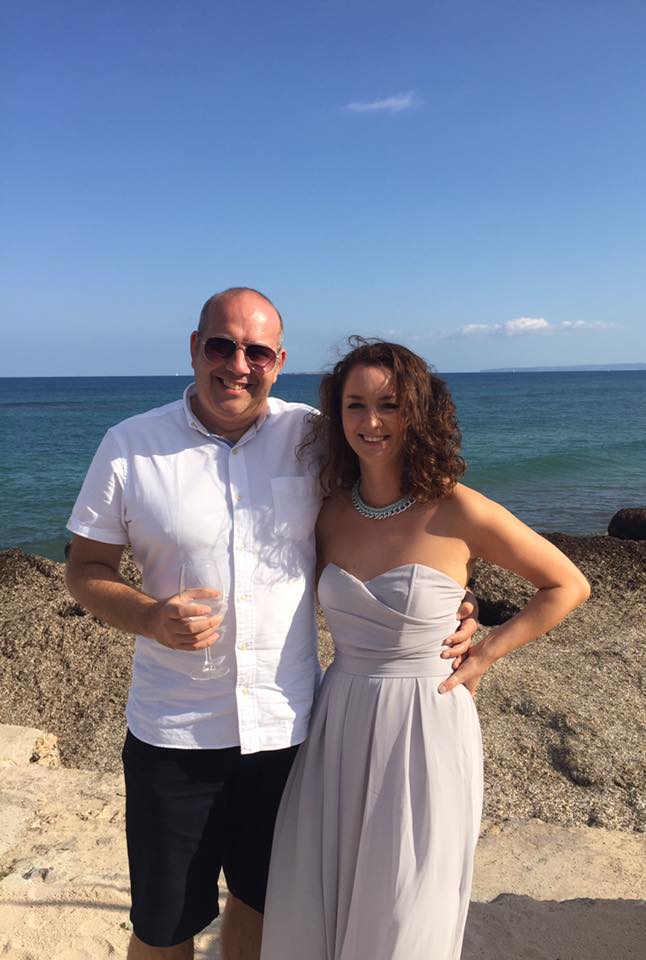 "But the longer we’re together, the more these noises of his have started to bother me, despite us being soulmates. We share a home but we also work together and share a home office so we spend hours every day at each other’s side.

"It starts as soon as we wake up. Adrian has a habit of sniffing which always gets on my nerves. The sniffles continue at his desk too. I find it incredibly distracting and struggle to concentrate on my work. He’s not even aware he is doing it and it’s so quiet, most people wouldn’t even notice. But to me, it’s all I can hear.

"He knows it winds me up and will apologise but that just makes me feel guilty for being annoyed by something so simple. I struggle with repetitive noises too so if he taps his foot while he’s thinking or clicks his pen, it provokes an angry reaction in me.

"I can’t stand the sound of him eating either. He just wants an easy life so he’ll go off and eat in peace. Every now and then he’ll get wound up and we’ll fall out over it, usually because I snap at him.

"It’s hard for someone who doesn’t suffer to understand how uncomfortable these noises can make you feel. The sound of him chewing just sends me into a rage.

"I’d love to find some kind of therapy that could help me. If I could train myself to cope better and not take it out on Adrian, as it’s unfair and not his fault, it would definitely make him happier and would be good for our marriage." 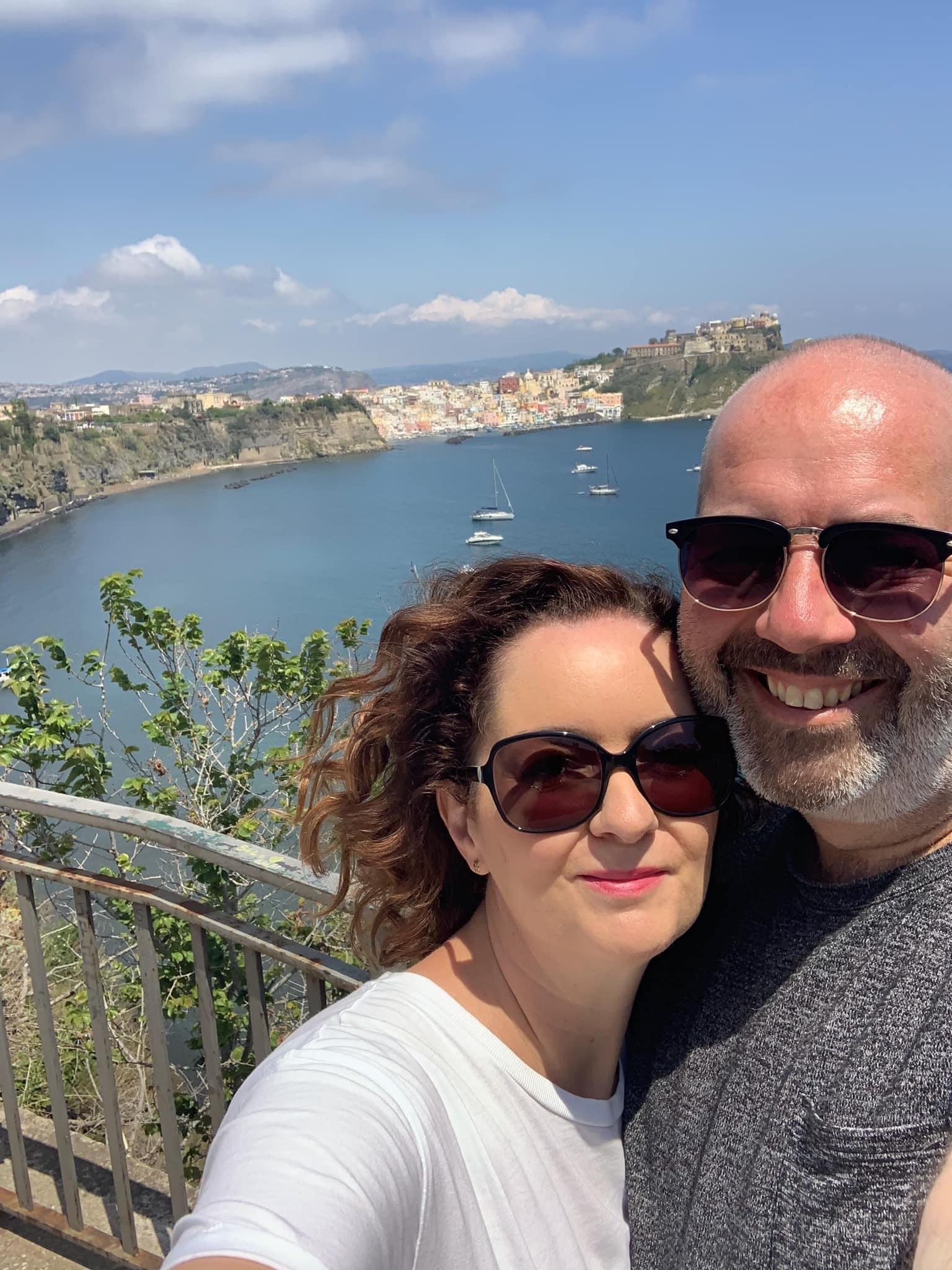 CHILD psychologist Alice Colley and husband Ben Farquharson, an account director with an education firm, are both 31 and live in Streatham, South London. She says: 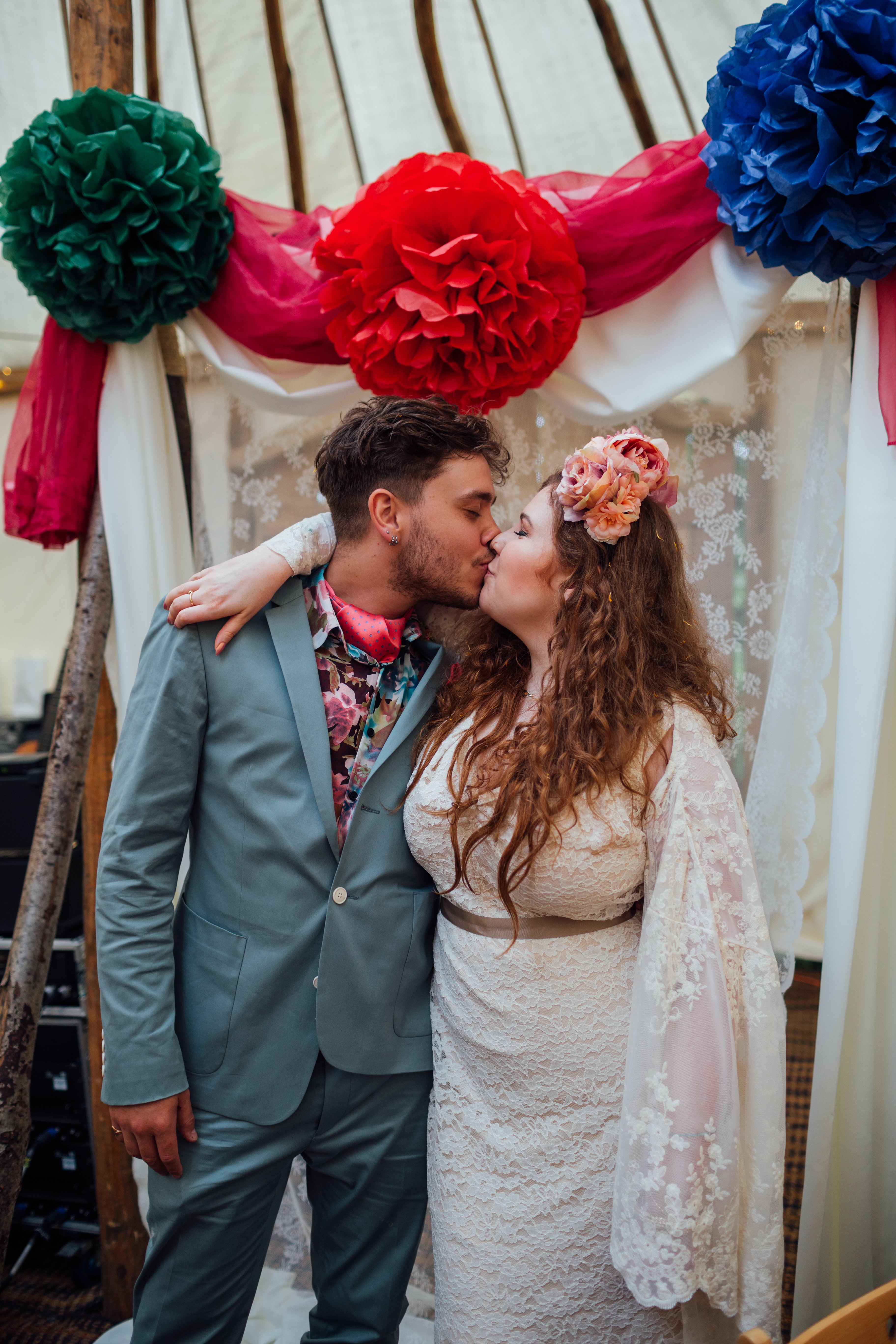 "I met Ben when I was 19 and kept quiet for the first few years. He would make all sorts of annoying noises with his mouth and I couldn’t stand it. I really loved him but for a while I wasn’t sure we could have a future together as I wasn’t sure I could sit and eat with him every night.

"But I wanted the relationship to work so I decided to make him aware. But then once he knew I struggled with lots of sounds he makes, including sniffing and eating, he seemed to start doing it even more.

"Three years ago, I realised misophonia was a medical condition. I always felt like it was just me being mean or intolerant, but the sounds really caused me distress.

"Ben was more understanding after that and we tried to come up with routines to at least make it possible to eat together. But during lockdown, he started doing this thing with his mouth where he’d make a ‘pow’ sound after each sentence.

"He didn’t even realise he was doing it but I found it infuriating. Whatever he said to me, he’d then make this ‘pow’ sound almost without realising.

"It happened at the end of every sentence and I found I couldn’t listen to what he was saying as I was too focused on the noise.

"He mindlessly beatboxes and whistles too. It didn’t bother me too much before lockdown but now we spend 24 hours, seven days a week together and I find it incredibly annoying."