LONDON — Several luxury brands are taking this year’s 520 Chinese Valentine’s Day lightly, but some are seeing it as an integral part of their China-centric sales strategy.

For example, contrary to putting China’s top livestreamer Austin Li in its 520 campaign in 2020, Louis Vuitton stayed away from the festival this year. The brand instead focused on the promotion of its “See” exhibition in Hangzhou, and its pre-fall collections.

Since both the Chinese New Year and Valentine’s Day were canceled last year due to national lockdowns to stop the spread of COVID-19, 520 was elevated to a top priority for all the brands hoping to recover from the pandemic.

From top houses to contemporary players, most brands invested heavily in this usually overlooked festival and launched dedicated campaigns to promote limited-edition items.

Kristy Liu, senior account director at the Shanghai-based communications agency Switching Time, said last year’s 520 went over the top because brands wanted to spend their pent-up quarterly budgets, and 520 was “a perfect commercial moment” to experiment with China’s then-emerging livestreaming trend and to liquidate inventories that were prepared for Chinese New Year and Valentine’s Day earlier.

Originated online as an acronym for “I love you” in Chinese, the phrase 520 has gained momentum in popular culture in recent years, and the day May 20 inherently became another festival for lovers to showcase their affection for each other among the younger generations in China by gifting one another.

Everything to Know About Fashion Designer Halston 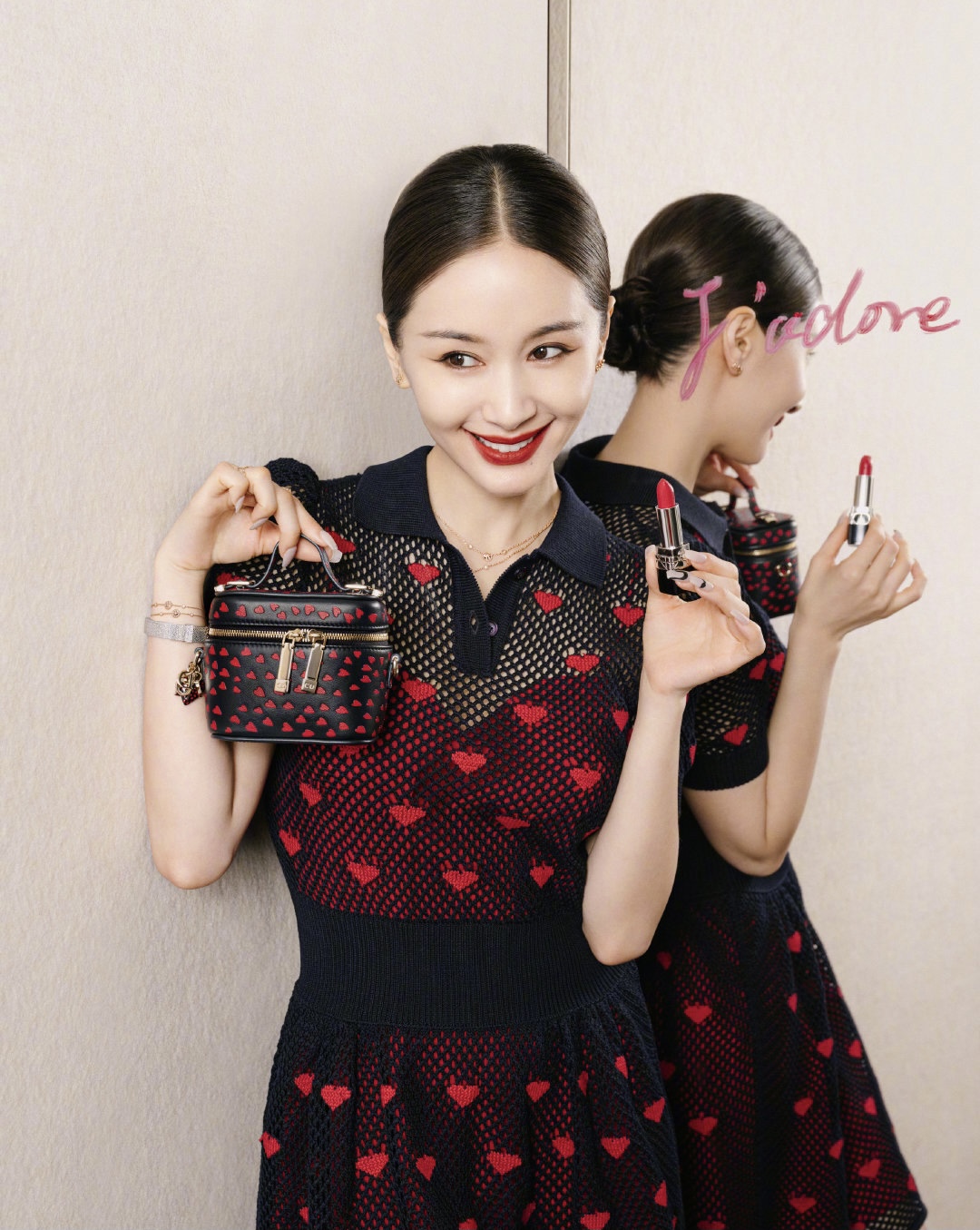 Kelly Wong, cofounder of creative firm Mo Problem Today, explained that in a usual Chinese sales cycle, 520 is never a big day to build events and branded content around, as the day is sandwiched between the Labor Day national holiday and the mid-year June 18 shopping festival.

“There are already a lot of online sale campaigns going on in China right now. Besides the well-known ones, such as double 11 and double 12, you also have very specific ones for each demographic or product category. People don’t really pay attention to each and every single one of them,” she added.

That being said, Yoyo Liang, chief client officer at Re-Hub, a data-driven Chinese business solution provider, argued that while 520 is becoming less important as a result of festival overkill, the opposite trend has occurred in China in the luxury sector.

“Quite a few brands opened their Tmall stores this year and 520 is one of the special moments in which they can connect with the consumers. For example, Piaget and Tom Ford both launched their super-brand days around this time on Tmall,” she said.

She also mentioned that online shoppers can even buy virtual fashion items from brands’ 520 capsules for their avatars on Taobao Life, the platform’s own version of Animal Crossing that provides consumers with an interactive and gamified shopping experience, and share the look with friends, or buy the actual product via the direct product link page if they really like it. 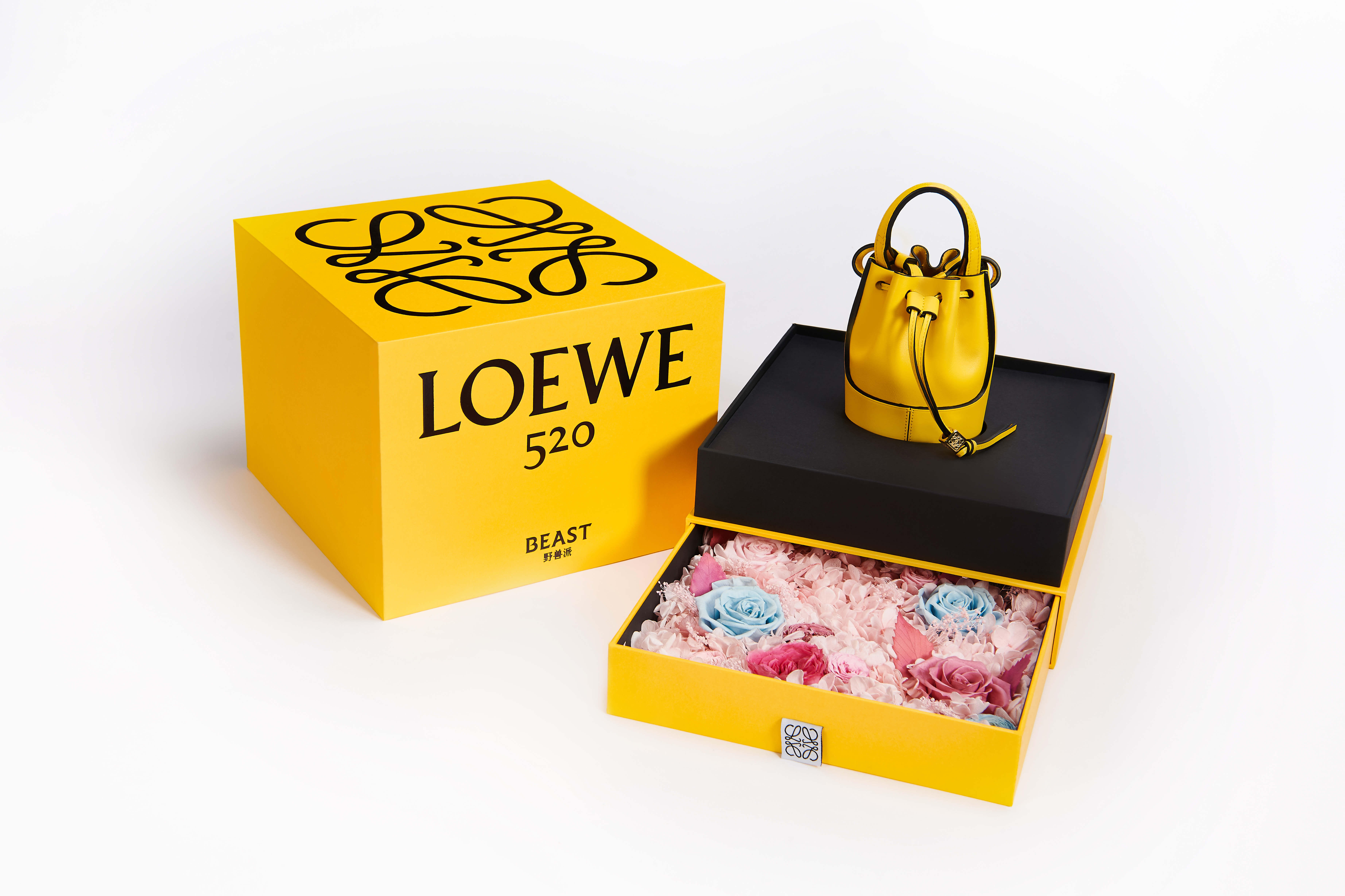 Loewe Nono Balloon made its global debut in China for 520, and comes with a flower gift box designed by The Beast. Courtesy

Switching Time’s Liu added that 520 was justified for many this year because it has become a warm-up event for 618, which was originated by JD.com to compete with Alibaba’s Singles’ Day sales event on Nov. 11. It’s now a national shopping holiday for all to participate.

“Some brands are launching full-price products for 520, and by 618, they can go into discount to boost the sales. It’s also a good indicator for brands to know which styles are more popular among influencers and consumers,”  Liu said.

For example, Alibaba’s Tmall last year kickstarted its 618 campaigns with the online event “520 the season of love confession,” and said orders at Luxury Pavilion jumped 61 percent year-over-year to more than 400,000 on the first day. This year, top brands including Hermès, Yves Saint Laurent, Jo Malone and Clé de Peau Beauté are participating in the event, which offers 30 renminbi off when spending more than 300 renminbi, or $46 at current exchange.

Several top brands stood by 520 and released dedicated local campaigns or exclusive items for the occasion.

Similarly, its sister brand Miu Miu rolled out a 520 capsule and a campaign featuring model Xiaowen Ju, and a limited style handbag for the brand’s Tmall store.

Dior released a limited women’s wear capsule and published a series of posts on Weibo with its army of local ambassadors, including Angelababy, Wang Ziwen and Jing Tian showcasing how the brand’s perfumes, bags, and dresses are ideal gifts for loved ones.

Gucci promoted its 520 capsule collection on Weibo twice as often as Dior with its own group of local ambassadors. 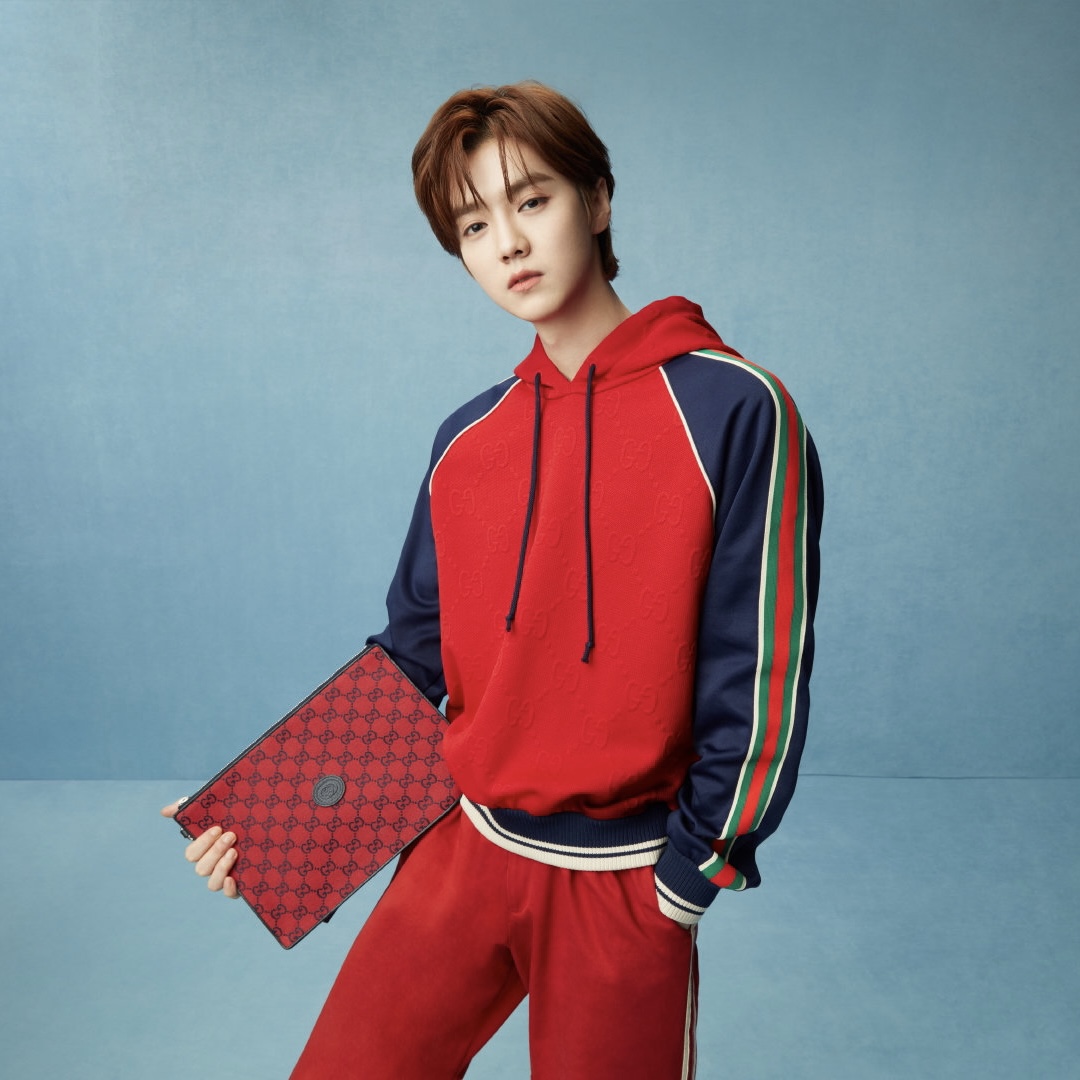 Balenciaga designed a dress and a skirt with heart-shaped prints and released the Neo Classic Cake range, which is the mini-size version of its signature motorcycle bag, in China for 520 before the style hit anywhere else in the world.