A CHOCOLATE lover has claimed that Twirls are basically Flakes – and it has sparked a furious debate.

TikTok user Dan Timlin shared his “mind-blowing” theory online and it has racked up over half a million views. 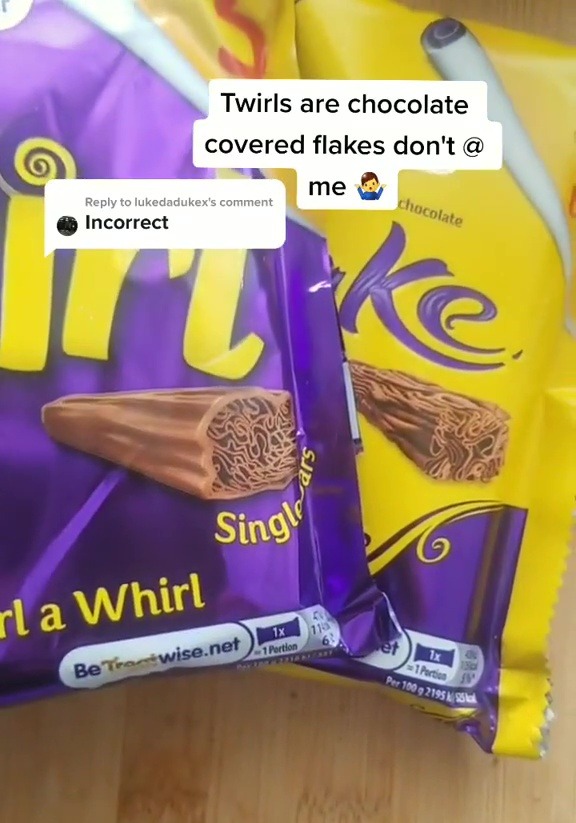 The chocoholic was seen comparing the two bars, where they look remarkably similar on the packet photos.

However, Cadbury’s remained tight-lipped on the “discovery”, and said to news.com.au: “Both Twirl and Flake are made with Australia’s favourite Cadbury Dairy Milk chocolate that we all know and love.

“How each of them are made is a secret though, known only to the brilliant chocolate makers in our factory … and they’re not too keen to share it!” 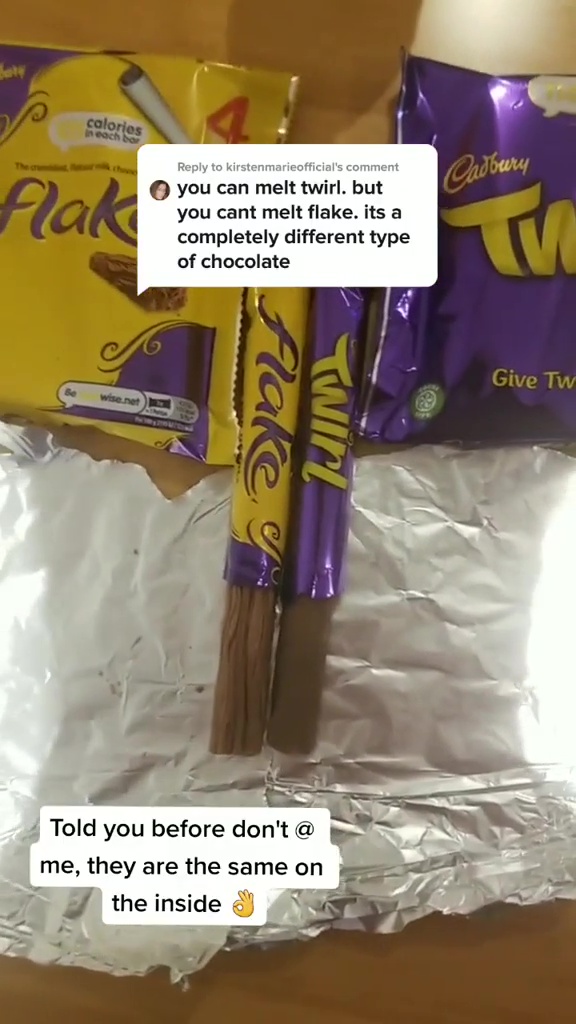 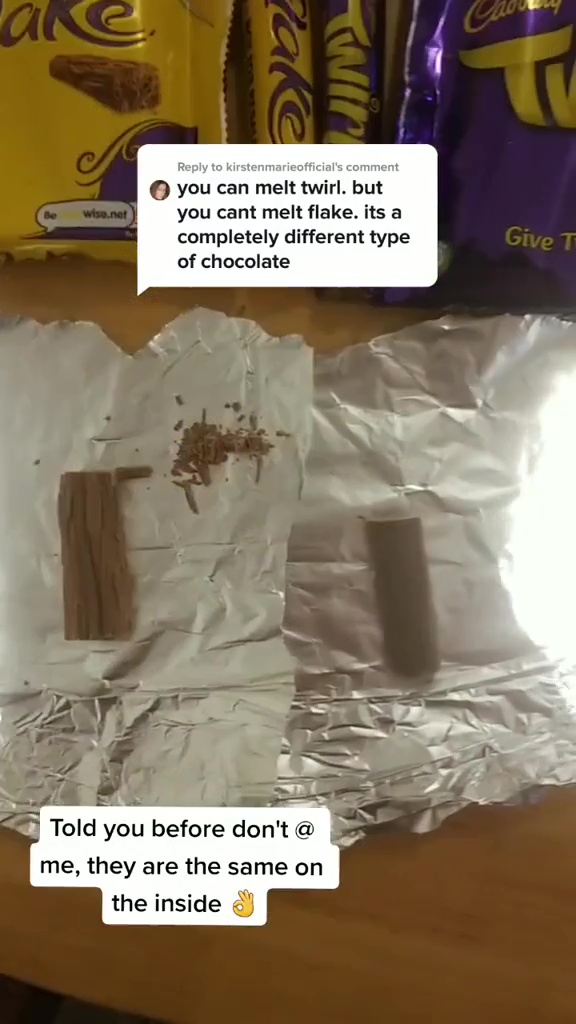 One woman disagreed with Dan’s findings, and said you can melt a Flake, but you can’t melt a Twirl.

Naturally, Dan put things to the test, and in a separate video, he put half of each chocolate in separate foil wrapping and placed them in the oven for 10 minutes (at the same time).

Both came out slightly melted and burnt.

He said: “Told you before don’t @ me, they are the same on the inside.”

Many agreed with Dan’s theory, saying the only difference is Flake has a “jacket” – an extra layer of chocolate around the outside.

“I always thought that,” one person wrote.

“I thought everyone knew this,” a second person commented, while another joked, “A Twirl is a Flake that’s got its life together.” 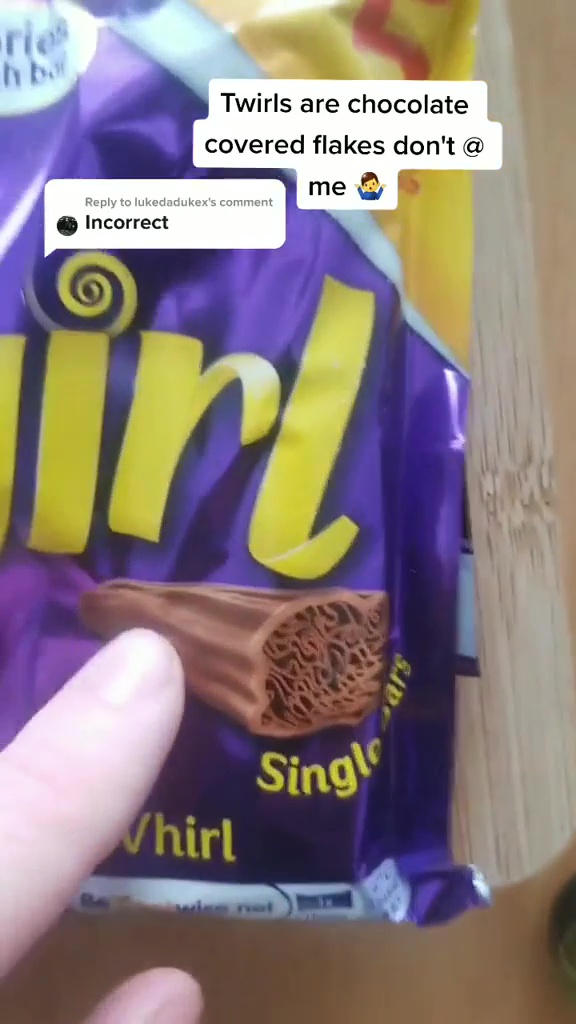 However, some TikTok users still said the bars are “definitely different”.

One man said that a Cadbury documentary – Inside Cadburys: The Real Chocolate Factory, which aired in the UK in 2019 – revealed how the Twirl was born from a Flake.

“OMG my life has been a lie,” one woman said about the “discovery”. 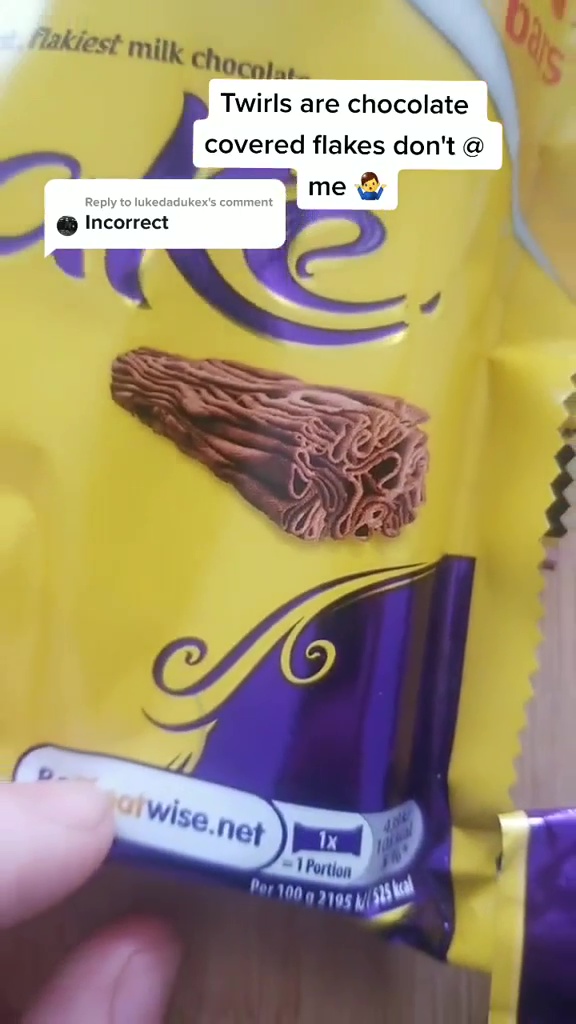 “My mind is blown,” added another.

“Twirls are Flakes but you can eat them without getting half of it all over the floor.”

So, what do you think, are they the same?

Previously, we shared how Cadbury chocolate orange Twirls are coming back to shops for good.

And chocolate bars were ranked from worst to best – which one will come out on top?