Are you ready for a parallel fashion universe?

To the rescue comes Evelyn Mora, the Paris-based tech entrepreneur and sustainability guru behind Helsinki Fashion Week, whose July 2020 edition was fully cyber as well as ecological. Her latest project is Digital Village, an alternative online “metaverse” where avatars can own or rent land, test out sustainable construction methods, visit digital stores and museums, trade digital fashions and artworks, and even mount ad campaigns.

Built with Unreal Engine 4, a gaming technology, on the principles of digital sustainability and with recycled digital assets, Digital Village is slated to go live in April.

Mora describes it as “a space for culture and socially conscious co-creation where the digital and physical merge; where limits and boundaries between the real world and the virtual are blurred.”

She is currently in discussions with departments of sustainable development in several cities, luxury brands and museums to take up residence in this new digital realm, which has altruistic goals. Among them are social betterment, tackling climate change and building better societies.

Revenue potential abounds, too. In an interview, the 28-year-old Mora described a blockchain-powered stock market for digital fashions or artworks, some of which have been selling for tens of thousands of dollars online. Residents of the digital village can crowdfund such assets as non-fungible tokens or NFTs, whose values can grow in multiples on auction.

Jonathan Cohen, Markarian, and Sergio Hudson on Being in the Inauguration Fashion Spotlight

She noted that digital artist Beeple, whose works appeared on the Louis Vuitton runway for spring 2019, has sold works for $1 that are now trading for $27,000 — highlighting the market potential, and the need for a blockchain that confers permanent rights to the creator.

“There’s a gold rush when it comes to NFTs,” she said. “Every brand has to go to this digital place and take ownership of their brand.” 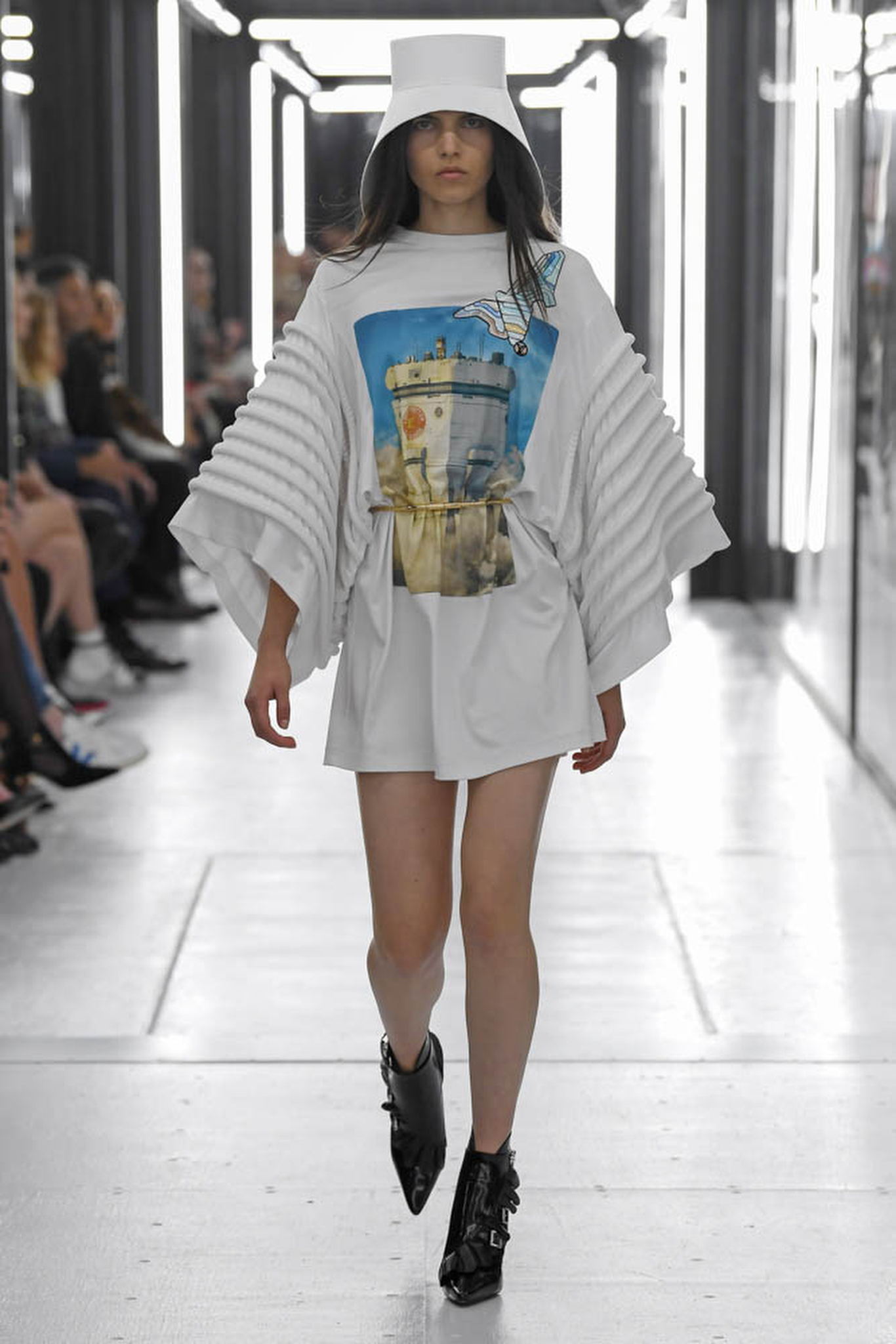 In her view, digital and real worlds will not be estranged, but interconnected and offering the potential for dual revenue streams. For example, an avatar on Digital Village might attend the opening of a fashion boutique, which is gifting digital fashions, or NFTs, to the first 50 guests, and then wear her digital skirt to a virtual bar. Other denizens who like the outfit could decide to pick up an IRL version of the skirt.

“Right now, we are digitizing our experiences using devices like our mobile phones, but very soon, the limits of where digital begins and ends will be difficult to define,” Mora said.

The Digital Village concept was tested on a smaller scale during the latest 3D version of Helsinki Fashion Week, described as a “cyberspace utopia” that offered “a new way and a different way” to look into the future of fashion. It reached almost half a million live viewers from 54 countries

Lookfantastic's Beauty Easter Egg is back for 2021 – and it includes Rodial, Eve Lom and more