WE are now only days away from Christmas, which means if you haven’t begun wrapping your presents, you should get to it.

Last minute prep means you may bump into dilemmas along the way— like running out of wrapping paper. 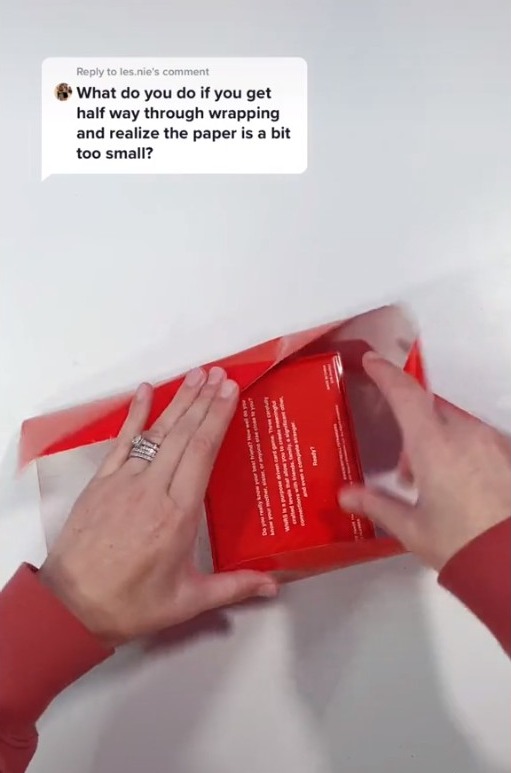 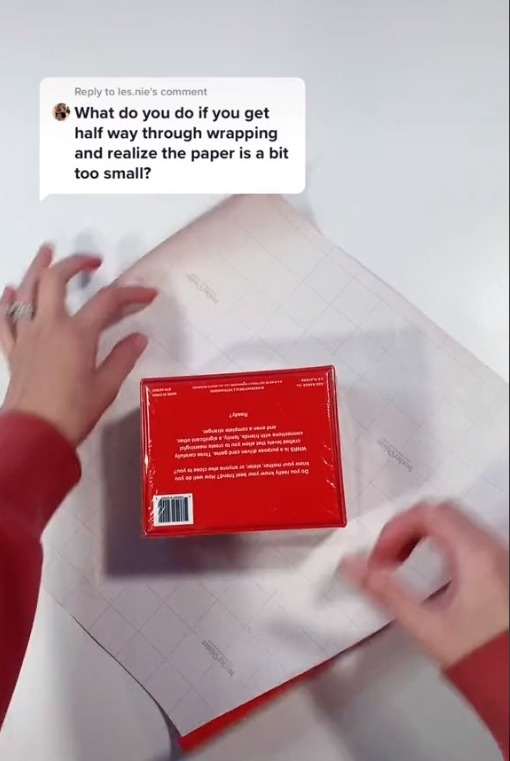 Thankfully, one woman on TikTok has got you covered.

@BeeandBlooms gained a following on social media thanks to her aesthetically appealing videos that teach viewers useful gift-wrapping hacks.

She recently posted a clip that showcased a problem we’ve all faced during the holidays: struggling to cover a present entirely with a final, small piece of wrapping paper.

The clip began with a gift box placed in the center of a square piece of wrapping paper.

She tried to fold the gift wrap over the box lengthwise and crosswise, but neither option fully covered it.

I get told I'm a 'fraud’ because I do my makeup so well, I don't care I love it

The holiday expert turned the box diagonally so that the square piece of gift wrap was in the shape of a rhombus, with the box in the center.

She took one pointed side and folded it over the box, and then took the pointed side directly across that one and did the same thing— taping both pieces down.

Tucking in the extra wrapping on the last two sides, the folded those over as well.

The clip garnered nearly four million views, with commenters expressing both their gratitude and frustration at not knowing the hack earlier:

“This would have been so helpful like 10 mins ago,” one viewer wrote.

“So, I didn’t have to use scraps to help cover half the box last night?” said another.

A third user commented: “This is so simple yet blew my mind.”

When it comes to wrapping oddly shaped presents, TikTok has a solution for that too.

An Australian woman named Natasha, who goes by @EffectiveSpaces online, gained popularity for her videos that taught users how to make even the most awkward looking objects appear cute.

In one video Natasha wrapped a circular gift without leaving behind any bulky, gathered edges.

She began by measuring the tin with a piece of rope to make sure she didn’t have any excess paper to ruin the packaging.

She wrapped the tin and taped it on its side rather than on the top.

Once it was secure, she placed it down on the table. She took the corner of the paper and taped it to the top of the tin and began to pleat the wrapping paper all the way around.

She then cut off any excess material and secured it in place.

As for pots and pans, house plants, candles, or other objects that don’t have clean edges, she used pretty fabric and a ribbon to dress up the gift. 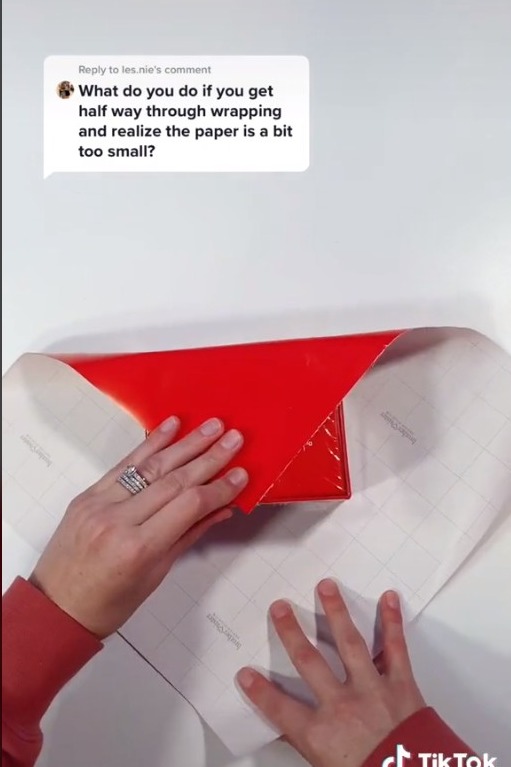 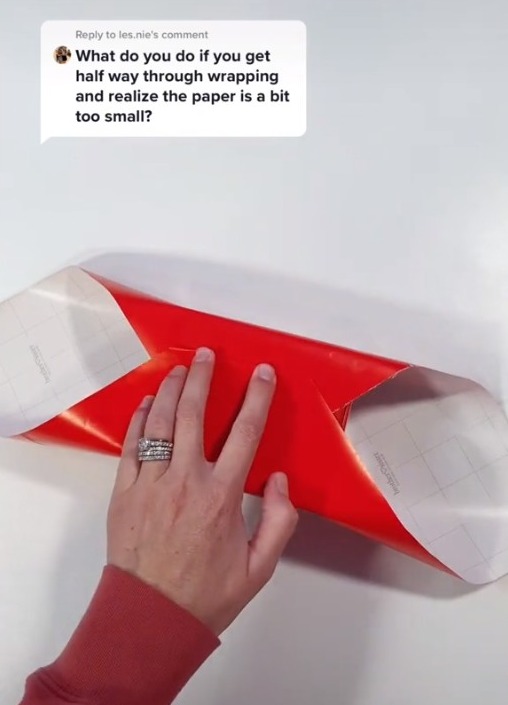