Initiated by the city’s pioneering fashion retailer Le Monde de SHC, the award aims to “discover, recognize, promote and facilitate” a new generation of fashion designers from around the world and celebrate Shanghai’s tastemaker position in the country’s fashion industry.

Fan, who wore a red ensemble from Samuel Guì Yang’s fall 2021 collection at the announcement ceremony in front of a room full of emerging designers and industry leaders, will be on the special jury.

Eric Young, founder of Le Monde de SHC and a veteran of China’s fashion industry, said the motive for this award is to treat fashion design more seriously and critically.

“Many in this industry have witnessed and experienced the glorious aspect of this industry and shared this aspect without treating it more seriously, we don’t think this is right. HFF Award hopes that we could start from the essential starting point of fashion design, to encourage those who seriously treat their career and creation, and to empower them to march forward in their career with more determination,” he said.

All of the Fashion at the 2021 BAFTA Awards 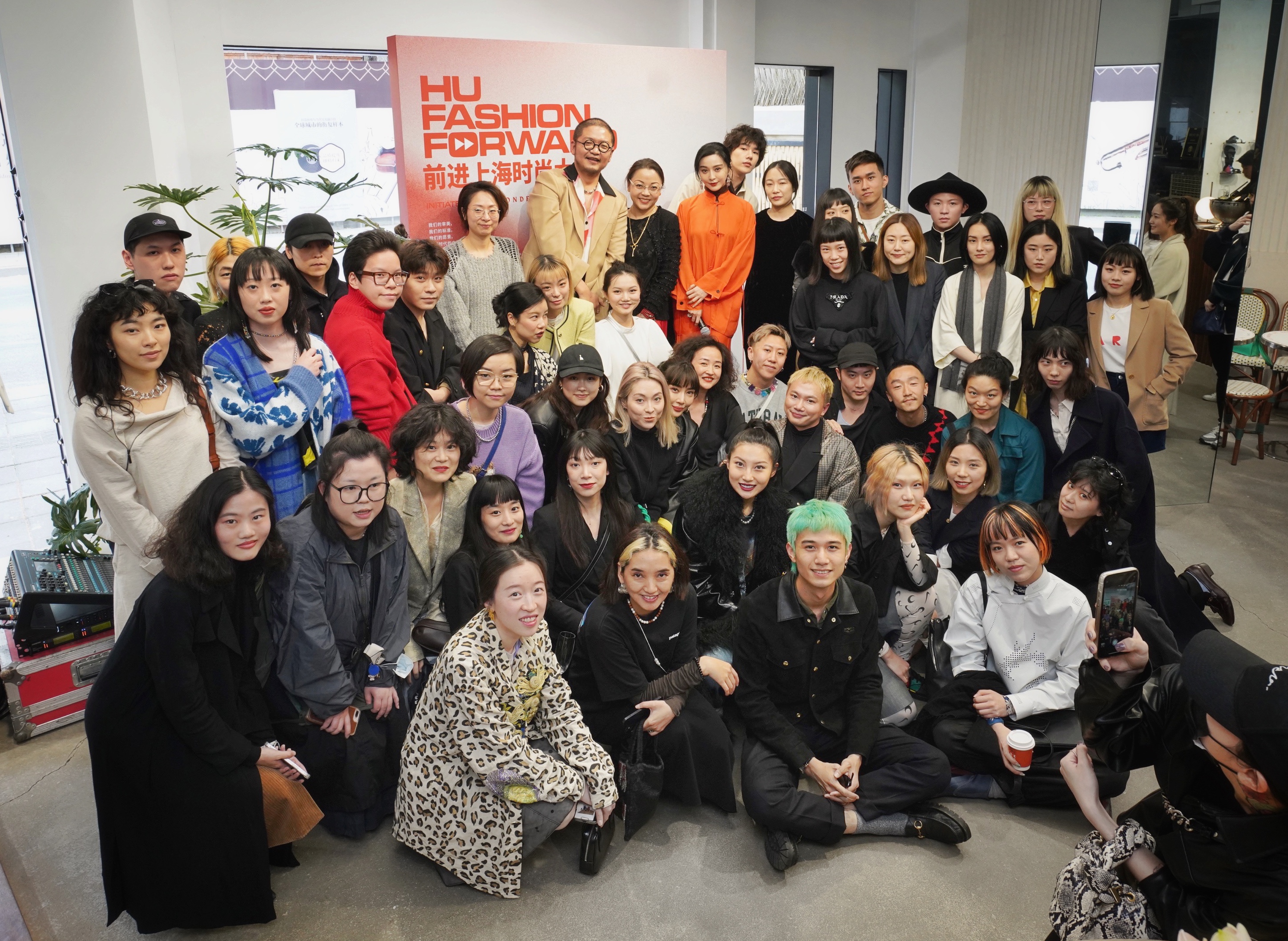 The prize will open for applications and reveal the full judging panel lineup on May 1. The finalists will be revealed at the end of September, and an award ceremony will be held in October during the next edition of Shanghai Fashion Week.

On top of the grand prize, Hu Fashion Forward — which is open to any fashion brands that have showcased and sold for at least six seasons — there are also the Acc Forward, China Forward and New Forward prizes, which showcase  accessories brands, brands that celebrate Chinese identity and promising fashion graduates, respectively.  The winners will receive funding and mentorship, retail and brand collaboration opportunities, as well as media coverage.

In recent years, the Chinese fashion industry has been doubling down on talent support programs.

Labelhood, a Shanghai-based emerging designer support platform, entered into a strategic partnership with Lane Crawford for the Greater China region back in 2019. Caroline Hu received a showcase opportunity and scholarship from this collaboration.

Lane Crawford has also held the Creative Callout, which was launched with a commitment to identifying and nurturing the best design and creative talents across the globe, for over six years. Susan Fang and Private Policy by Haoran Li and Siying Qu were the winners of last year’s edition. They received tailored mentorships, omnichannel marketing and communications support. The retailer has also committed investment to the winners’ next three seasons.

Last week, Chen Peng, who is best known for his oversized down puffer jackets, took home the inaugural Yu Prize, the platform founded by Wendy Yu that seeks out China’s best up-and-coming fashion talent. Chen will receive 1 million renminbi, or $152,000, in funding in addition to a year’s mentoring from OTB Group, retailing at Harrods, and a showcase by the Fédération de la Haute Couture et de la Mode.