Home » Fashion » I cleared my crippling £15,0000 debt with this super savvy shopping tip – here’s how you can do the same

A SAVVY shopper has revealed how she managed to wipe away her £15,000 debt all by shopping discounted supermarket food.

Leia Winch, a 37-year-old careers adviser from Telford,turned her love of bargain hunting into a hobby, which started in 2017, and she's since saved thousands on expensive meat, cleaning products and toiletries. 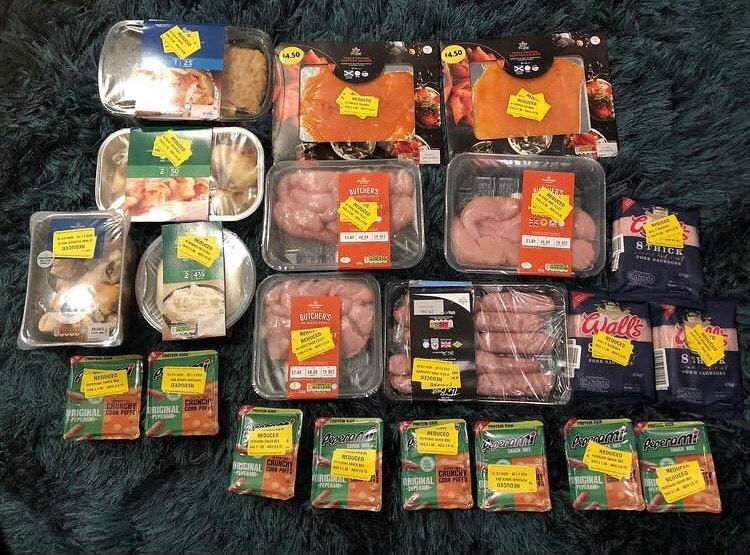 The bargain-hunter even started an Instagram page leiasbargains  where she shares her incredible finds after hitting up stores including Aldi and Morrisons – and shares her tips on how to score the best deals.

Speaking to money-saving community LatestDeals.co.uk, Leia said: "I started bargain hunting at the end of 2017 in an effort to pay off debts and save money.

"I started with food and then moved onto bargains such as cleaning products and toiletries. I have now managed to pay off my debts and save over £15,000 since then."

Leia reckons the biggest saving can be made in the meat and poultry aisle and just recently, the savvy shopper paid just £2.18 instead of £9.29 for two packs of beef and a pork shoulder joint in Aldi.

I started with food and then moved onto bargains such as cleaning products and toiletries. I have now managed to pay off my debts and save over £15,000 since then

What's more, Leia scored big in Morrisons too with a huge haul including three packs of eight Walls Thick Sausages, two packs of Morrisons smoked salmon, eight Peperami snack pots and a pack of breaded fish, plus some packs of meat from the butchers.

Recalling her "favourite ever bargain", Leia said she once picked up a large roasting joint of Irish Beef reduced from £10.78 to 80p from Asda – in addition to two packs of Shazans Chicken Mini Fillets for 61p each.

But pricey meats aside, Leia also looks for bargains elsewhere to help cut the cost of her grocery bill.

"I paid just 28p instead of £33.50 for one shop, which included four packs of Love Corn, four packs of Pick Up chocolate biscuits and 16 Piccolo yogurts. The yogurts were originally £1.25 each, the corn was £1 a bag and the Pick Up packs were also £1 each so I was very impressed with what I ended up paying."

To help plan her shops, Leia uses two apps, Shopmium and CheckoutSmart, which allow her to quickly find good deals.

She said: "For example, I got a haul for £5.67 instead of £28.30 by using both of these and a cashback offer. I managed to pick up a box of Cheerios, a box of Shreddies, two boxes of Shredded Wheat, six boxes of Off The Eaten Path sticks, two Chocolate Hazelnut Graze bars, two Salted Caramel Graze bars and two cans of San Pellegrino for just over a fiver.

"I also make use of the Too Good To Go app, and I was impressed to receive two boxes of Belgian buns, four sausage rolls, two baguettes, two packs of two Yum Yums and two packs of four pink sprinkle doughnuts in a bag which only cost £5."

Even when it comes to special occasions Leia is keen to save a few.

For example, the savvy shopper once snapped up a fancy Marks and Spencer birthday cake for just £1.17 thanks to yellow stickers, which originally cost £7.

It's not just food though as Leia also makes the most of her Boots Advantage card, stocking up on toiletries and beauty products whenever she can.

This allowed her to once score multiple baby food jars for her nephew for just 20p each, rather than the original price of 80p.

"The Boots sales are also great for picking up deodorant and body washes. For example, I have spotted Nivea Men’s deodorant for 25p reduced from £1, Right Guard for 38p, Lynx body wash for 75p and Boots body fragrance for 10p. The 63p Lynx shower gel black was sold out," she said.

Leia's bargain hunting also extends to her cleaningproducts having once picked up four 25 packs of Ariel tabs and a Bold pack of the same size from Wilko for a heavily discounted price.

Originally the Ariel washing tablets were £4.25 each and the Bold one was £5 – but she found them for just £2 each.

Leia has shared some tips to help others get started on their bargain-hunting journey and the first step is to "research the stores in your local area and see when the reductions are offered."

The bargain hunter said you can "even ask staff" about any discounted items that might not be available on the shelves.

"I would say to be polite and courteous to staff and other shoppers. Sometimes you are just in the right place at the right time and sometimes you’re not," she said.

"It gives me a buzz to find bargains because I know I’m saving money and working towards my goal of home ownership and financial independence."

Tom Church, Co-Founder of LatestDeals.co.uk, said: "Leia is truly an inspiration for anyone who is shopping on a budget or wants to reduce their spend. She has proven there are always bargains to be found.

"Apps like Too Good To Go, Shopmium, CheckoutSmart and Olio are rising in popularity as people look to save money on their everyday shops." 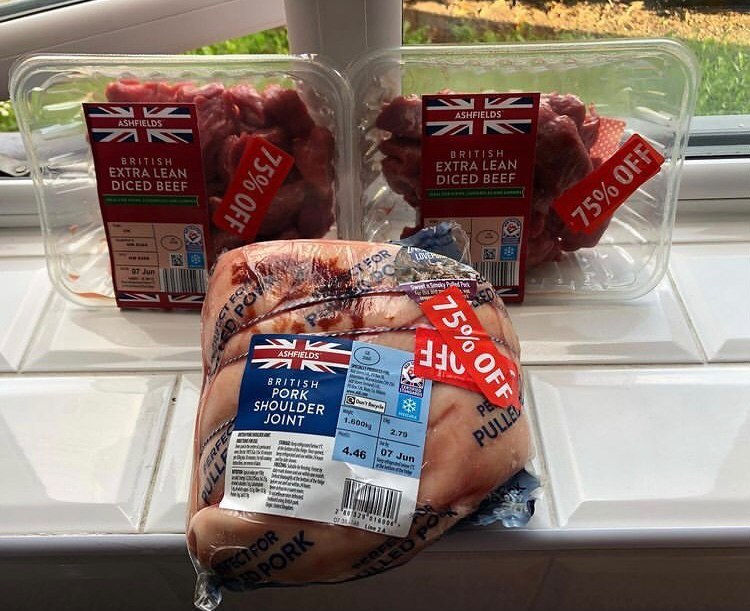 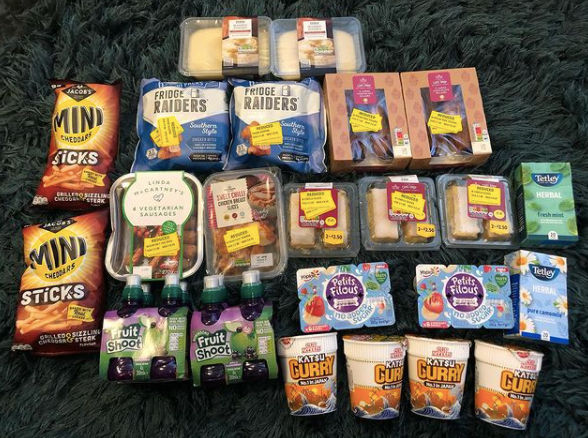 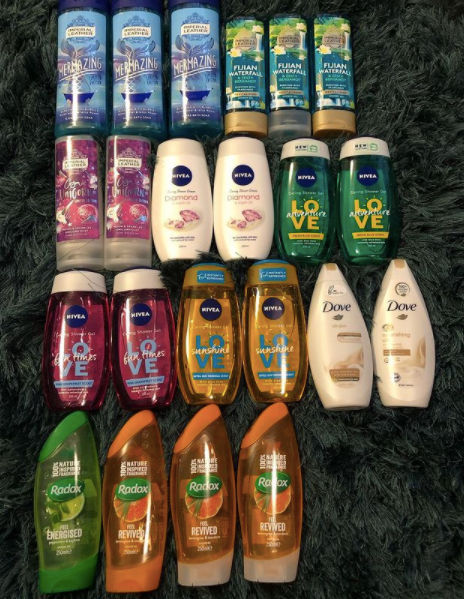 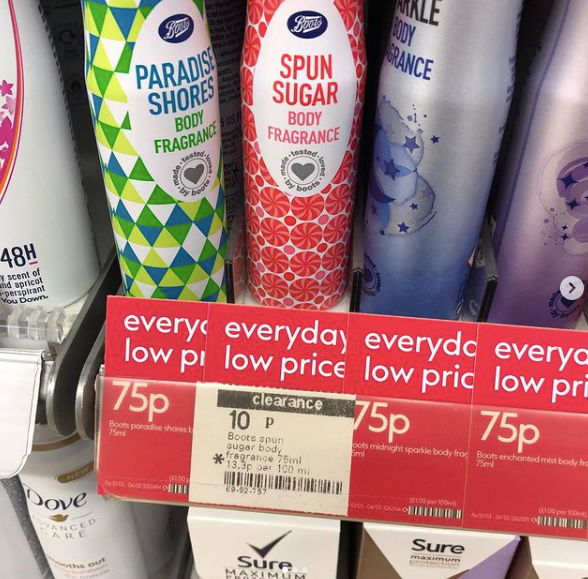 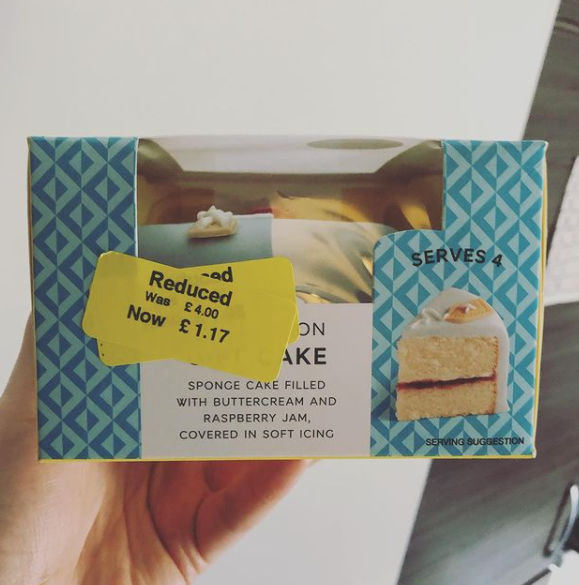 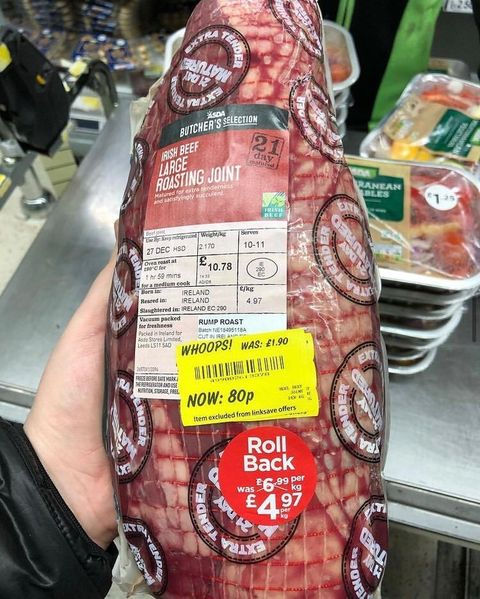 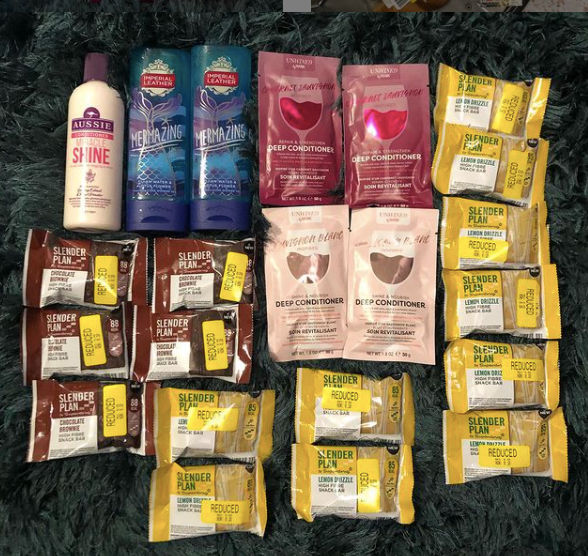 Previously, Martin Lewis explains three ways to get FREE cash – how to get up to £1,845.

And a mum of four pays just £6 for £50 worth of shopping with money-saving tip – here’s how you can too.

Plus this mum-of-two who struggled with money saves £1.5k on food shopping and shares her best tips so YOU can too.