A CAREER woman with a degree in Japanese has revealed she's quit work to become a 1950s-style housewife – who has her partner's dinner on the table when he gets home from work.

Part of a growing movement of ‘tradwives’ – short for traditional wives – Jayne Hall is very happy letting engineer Allan be the breadwinner, while she stays home doing the cooking and cleaning. 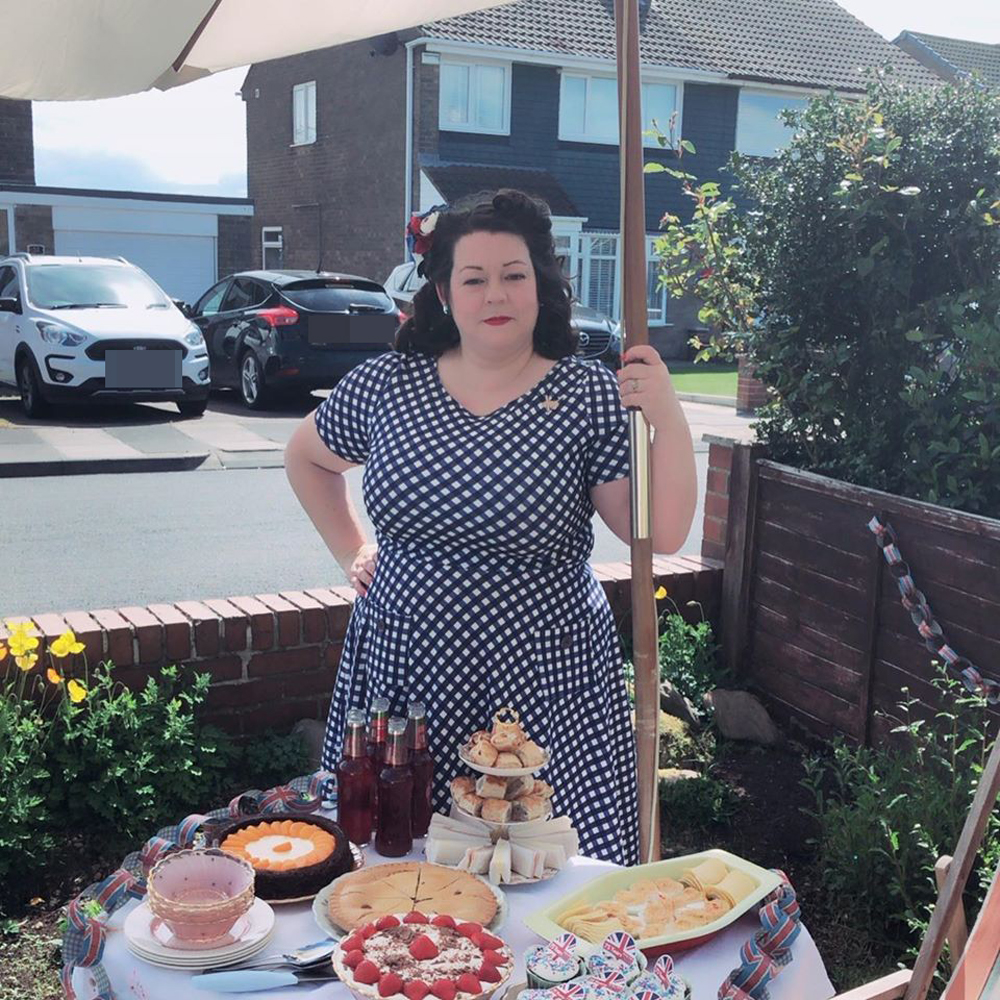 The 45-year-old, from Blyth, Northumberland, previously worked as a retail manager and then a swimming teacher, who once dreamed of opening her own swim school.

But Jayne says she now realises she never wants to return to work, after stepping down to part-time to look after the house for Allan and their sons from previous relationships.

She even dresses in 1950s gear and uses vintage appliances – and doesn't care if people think her views are "outdated".

She said: "I am very grateful to women who have fought for equal rights and know that sexism still exists in the world, but that’s not what is happening here. 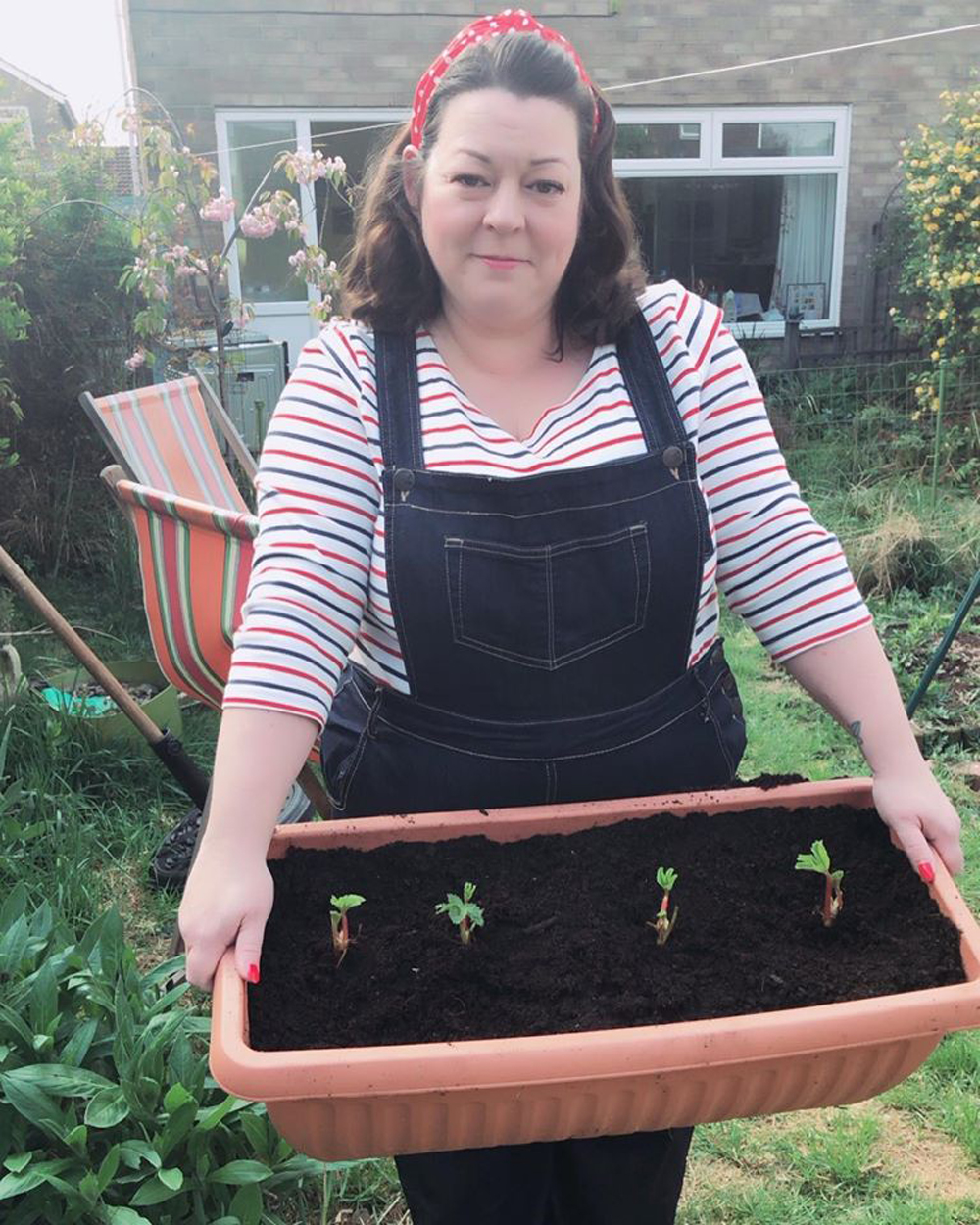 “Being a tradwife,  making my family home lovely and having my partner’s dinner on the table when he gets home from work is my choice – not his. Living this way makes me happy.

“I feel mentally much better and on top of things more. The house is tidy, the garden looks lovely, the kids are happy.

"And I’m more able to support Allan, who has a stressful job.

“I’m not being held back, and I’m certainly not disrespecting feminism by being a tradwife.

“As women, we should understand that it’s about choice. There is no one set way to be a woman and, just as I don’t belittle women who go to work, they shouldn’t belittle me."

I feel mentally much better. The house is tidy, the garden looks lovely, the kids are happy. And I’m more able to support Allan, who has a stressful job

After joining a Facebook group full of like-minded women, Jayne was thrilled to find a whole community of fellow tradwives, who share homemaking tips and tricks online.

She hopes that speaking out will show you can be both a tradwife and a feminist, as Jayne believe feminism means respecting women’s choices as individuals, no matter what they may be.

She said: “I wish I had started living this way years ago. I’ve never been happier.

“Being a kept woman is seen as lazy, or old-fashioned, but I have had the opportunity to be whatever I want, and I choose this.

“I feel lucky to be able to be at home to care for my family, and know women today have much more choice and freedom than they did in the 1950s.

“People may not agree with me, but having a different opinion doesn’t mean either of us are wrong. There’s more than one way of doing things.

“I’m not hurting anybody, and I’m not saying I’m better than women who do things differently and do go out to work.

“It’s about weighing up what makes you happy, and what will make you look back at the end of your life and say, ‘What a wild ride.’” 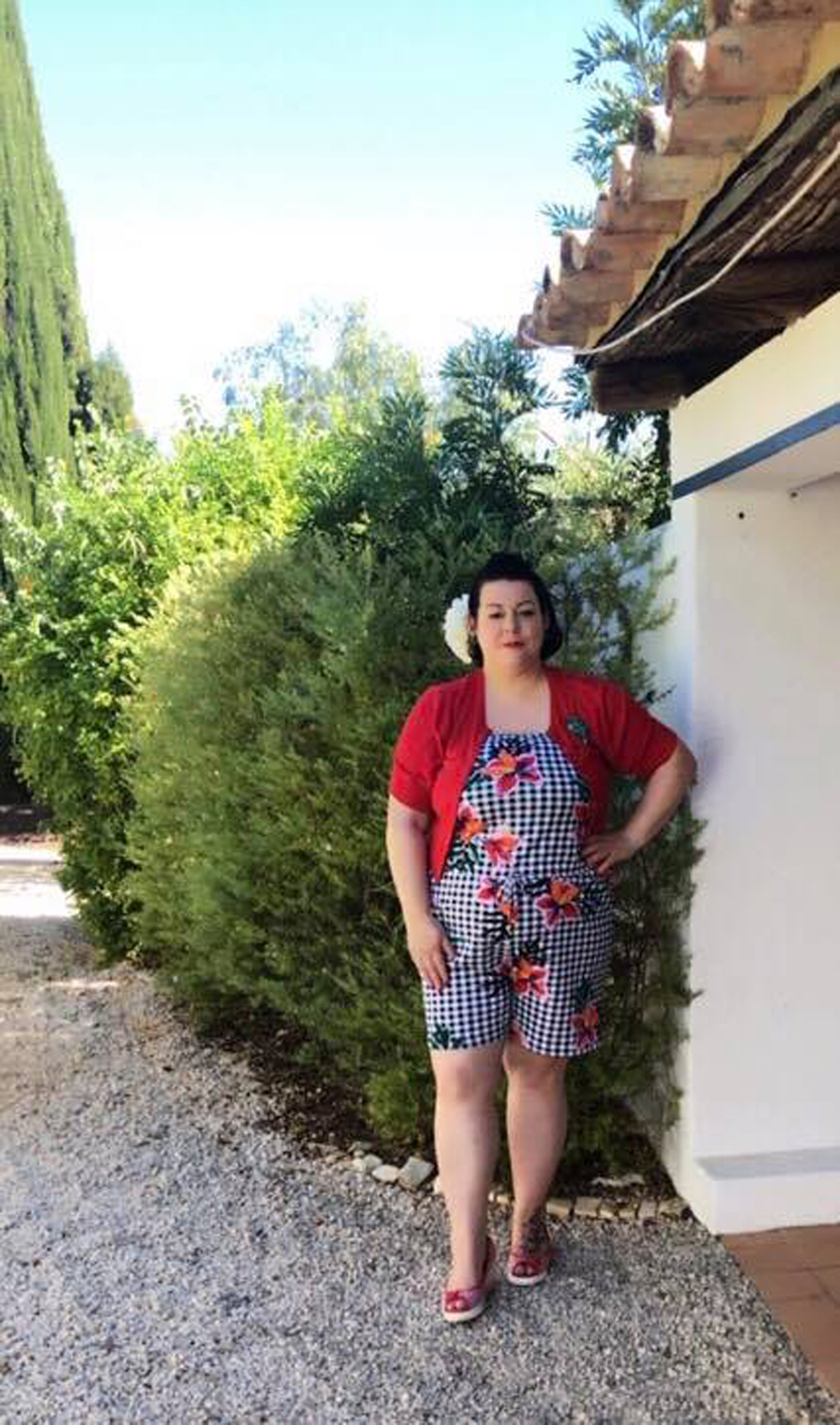 Leaving school with no qualifications, Jayne threw herself into work, eventually becoming a retail manager – a demanding role which often meant her working such long hours she did not get home until 10pm.

But, after having her son, who is now 12, with her ex-husband, she decided to become a mature student – returning to college, sitting A levels and landing a place at university, studying Japanese language and culture.

Being a kept woman is seen as lazy, or old-fashioned, but I have had the opportunity to be whatever I want, and I choose this. I feel lucky to be able to be at home to care for my family

Always taking on new challenges, next she pursued her love of swimming and retrained so she could teach the sport, saying: “I’ve done lots of different things in my life.

"Previously, I lived a very feminist, independent life. But, looking back, I can see I wasn’t happy then. I was going through life in a haze and was always painfully shy.

“As a bigger girl, I never wanted to draw attention to myself. I’d see women sometimes in beautiful, glamorous dresses and think, ‘I wish I was brave enough to wear that.’” 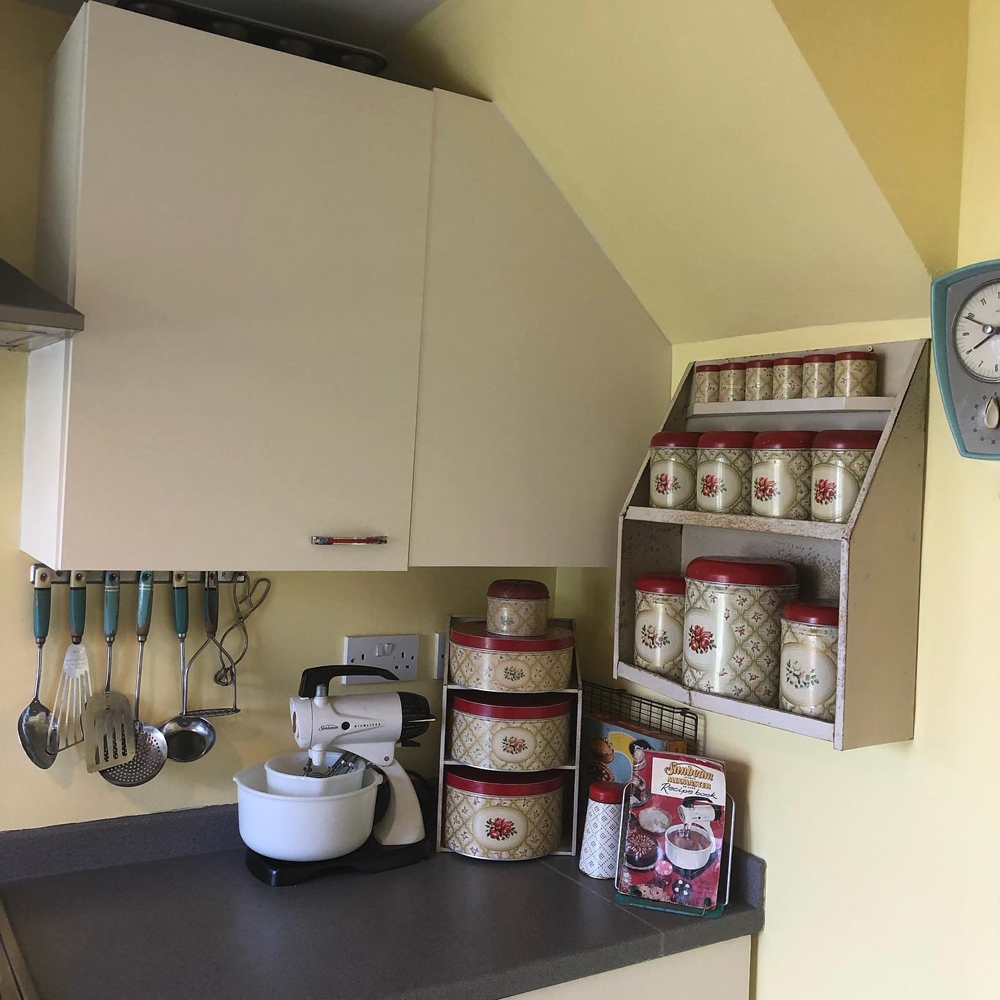 A single mother for some time, after her marriage ended, her independence gave her more confidence and she met Allan online seven years ago.

She continued: “I wanted somebody who would cherish me and give as much as they took from the relationship.

“That’s exactly what I found in Allan. We’re very similar, and grow together.”

As they built a life together, Jayne and Allan’s relationship went from strength to strength.

But, often coming home from work mentally exhausted, she said there was scant opportunity for quality family time.

“I’d be completely drained after each day, then coming home to more work like lesson plans, as well as seeing to the house and kids,” she said.

“Eventually, I went down to working part-time hours and I loved being at home more.

“Allan is not a man who thinks the woman should do the housework. Of course, he would help out, too, but as he worked full time, practically, I was at home more and so it made sense for me to take on the bulk of it.” 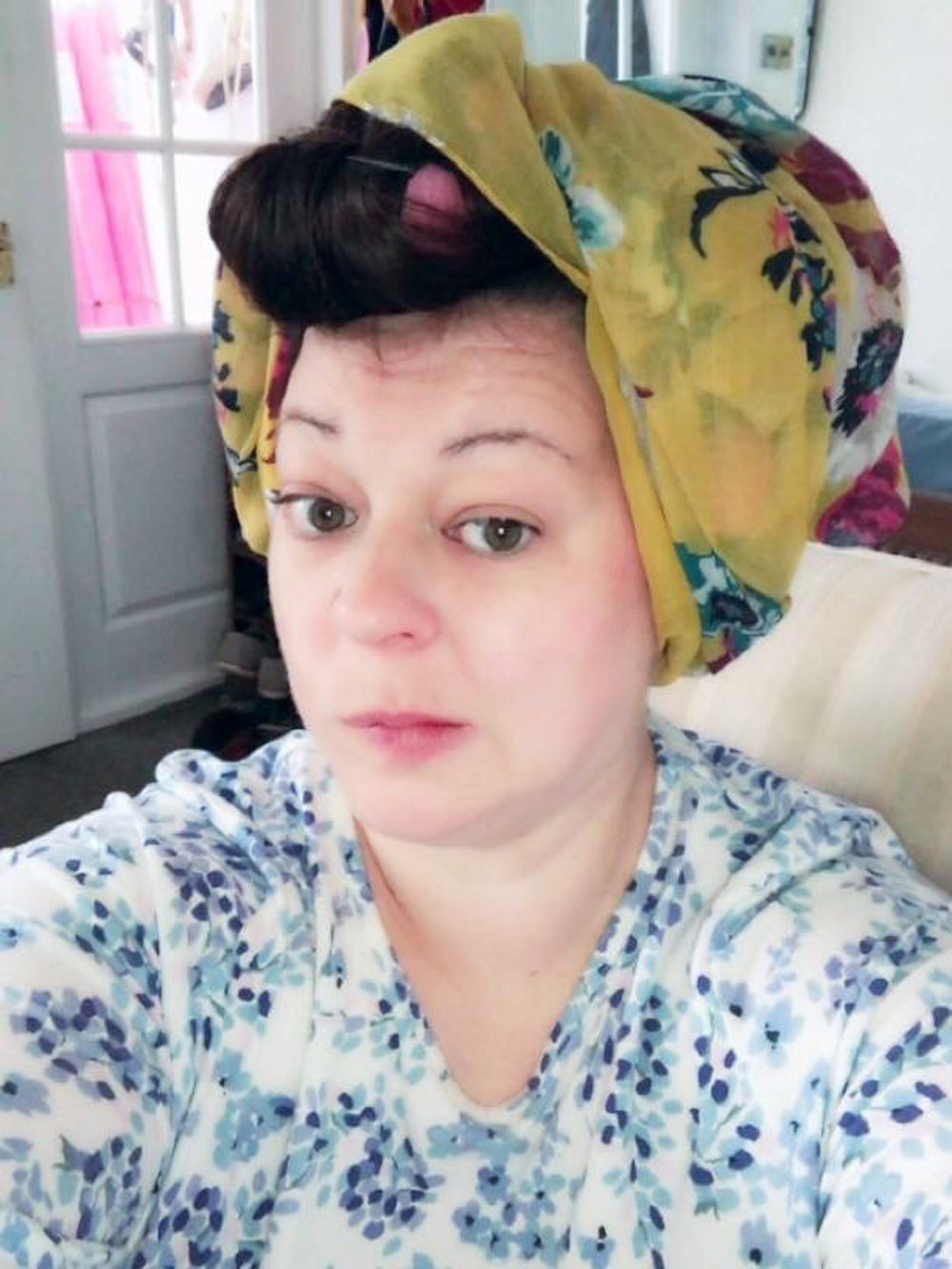 Then, at the beginning of 2020, Jayne handed in her notice at work, hoping to focus instead on opening her own swim school.

But her mind changed again, after she enjoyed being a full-time housewife during lockdown so much that she decided not to resume her career.

Now, not only is Jayne living as a 1950s housewife – she is looking like one too.

For years, confidence issues, with her worrying about getting nasty reactions from strangers to her wearing vintage clothes, stopped her from donning flamboyant 1950s frocks.

But, after buying a red lipstick in a vintage shop last year, everything changed, with Jayne saying: “When I decided to go for it and put it on, I got so many compliments.

“I’d been so shy for so long that I almost had to learn to say thank you and accept them, rather than feeling anxious that I had drawn attention to myself.”

A day in Jayne's life

Wake up and sort breakfast for the family

Get herself ready for the day, while partner Allan goes out to work as an engineer

Laundry, washing up and other household chores

Spend the afternoon baking or gardening

Cook the evening dinner with home-grown fruit and veg, often using recipes from her vintage cookbook

Since then, she has ditched all her modern clothing in favour of 1950s styles, which will either be retro-look copycats, or genuinely vintage, mostly bought online from stores like Miss Candyfloss, Love Your Look and Popsy.

“Size-wise, truly vintage outfits are difficult, as women in the 1950s were smaller than I am,” she laughed.

“Rationing was still in place until 1954. I remember my grandma telling me that, on her wedding day in 1949, only one layer of her cake was real and the rest was cardboard just for show. There wasn’t enough food to make a proper one.

“So, some of my outfits are from modern labels, but look retro. All of my jewellery is real vintage, though.” 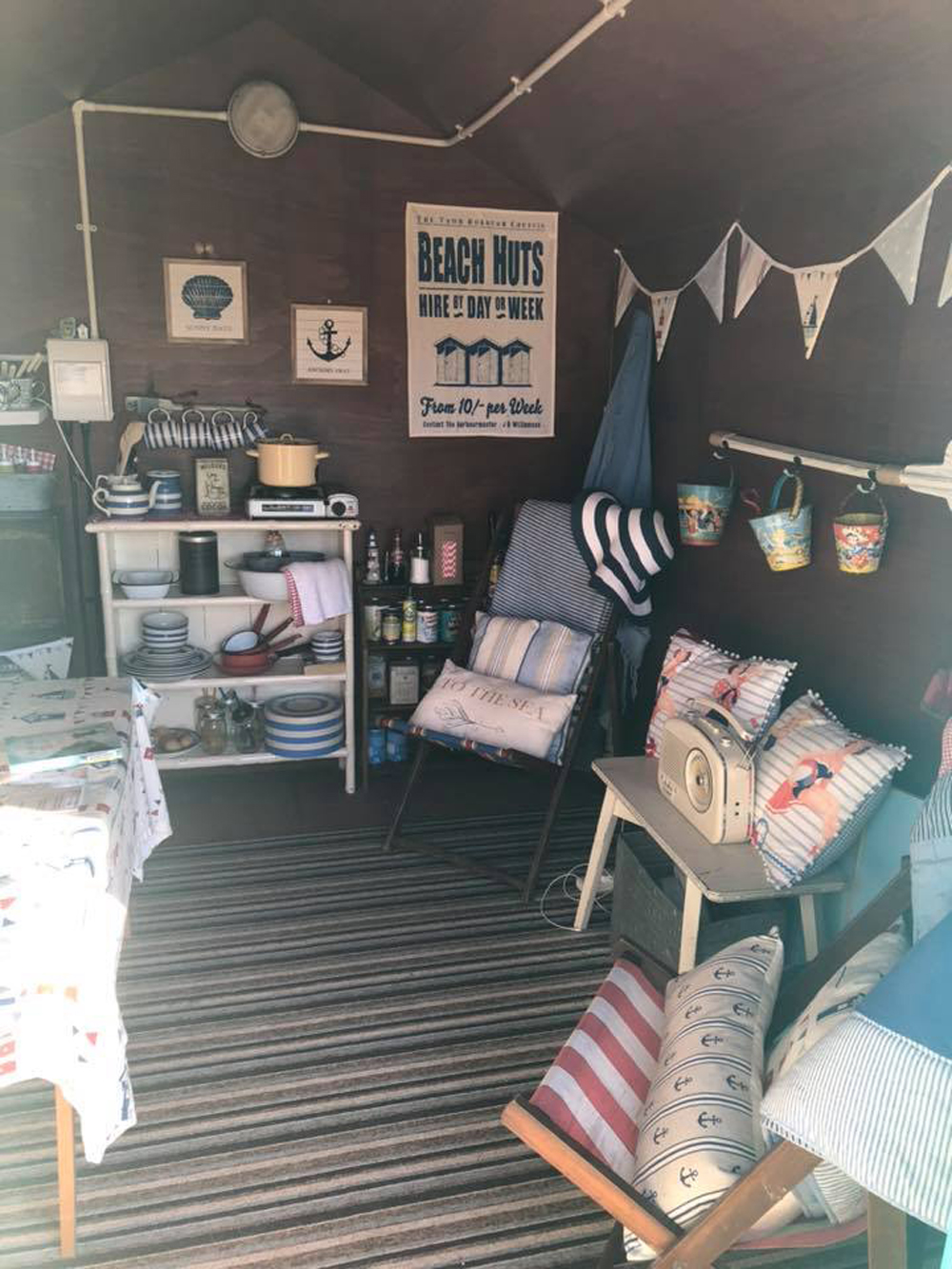 In addition, Jayne also wears vintage-inspired makeup and sets her hair in rollers to ape the styles of yesteryear.

She continued: “I often sleep in rollers and setting lotion. It’s not very glamourous – I even have to wear a silk bonnet to keep it all in place.

“It’s also very uncomfortable, so sometimes I’ll just use heated rollers in the morning instead.

“I know some women of the 1950s would get up before their husbands to do their hair and makeup, but I haven’t gone quite that far. Besides, Allan gets up at 6am – I’m not that committed to the cause.” 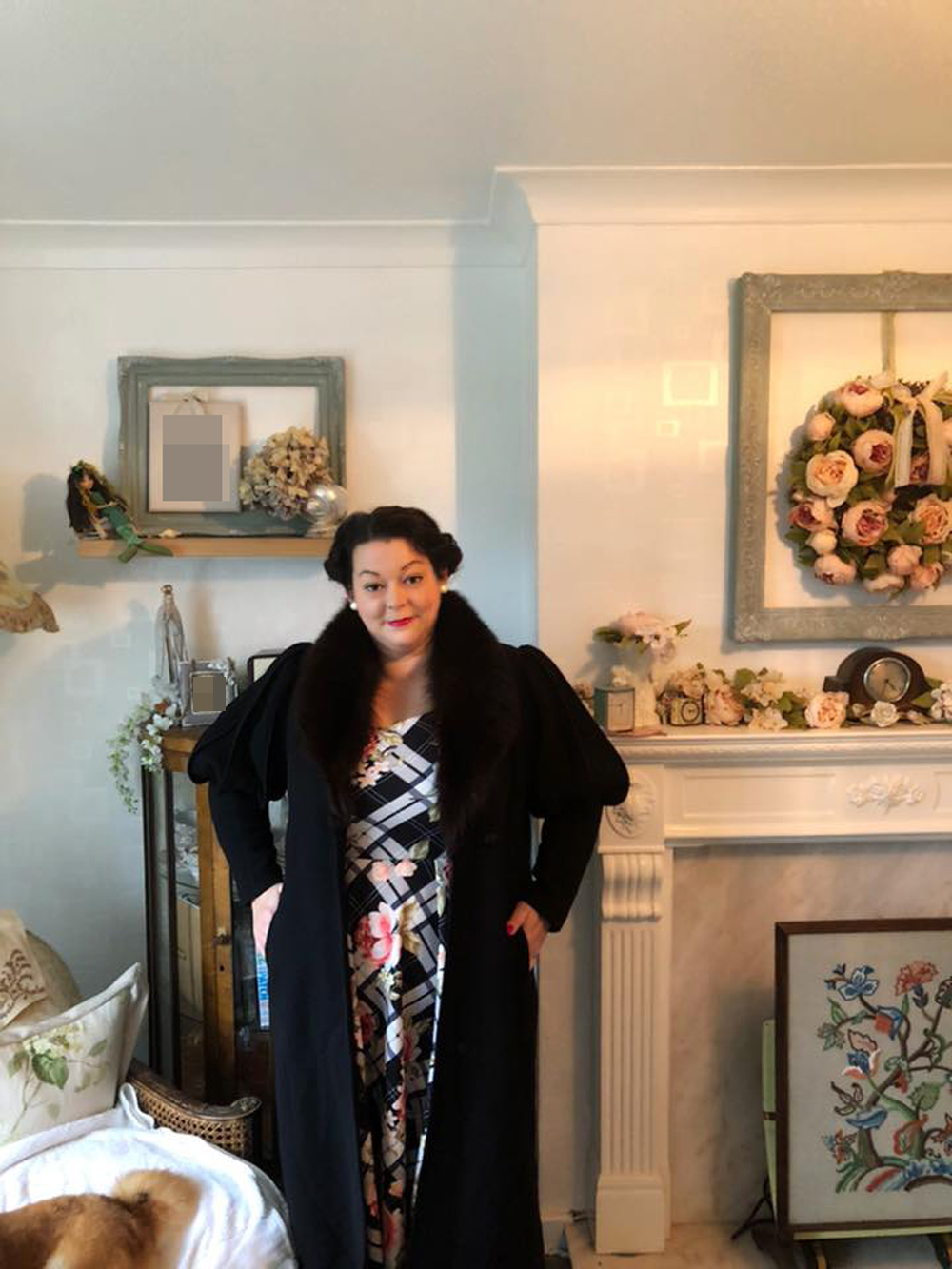 Now, after years of dreading being stared at in public, Jayne has actually found reactions to her look to be overwhelmingly positive.

“People will tell me they love the way I dress, and ask if I do it every day,” she explained. “Men are more gentlemanly – they’ll hold doors open and so on.

“Older people in particular really like it. They tell me it’s nice to see somebody dressed so beautifully, and that it reminds them of when they were growing up.”

Day-to-day, Jayne’s routine varies, but mostly, she will get up to fix breakfast for the rest of the family, before airing the beds, which are made up with vintage bedding, including wool blankets and feather eiderdown.

Next, she gets herself ready then works through laundry, washing up and various other household chores.

She may then decide to spend the afternoon baking, or gardening, before starting the evening dinner – which often includes some of the fruit and vegetables she grows herself, or a recipe from a vintage cookbook.

“It’s never set in stone, and that’s not to say the rest of the family don’t sometimes cook and clean, too,” she added.

Living in a true timewarp, Jayne’s house is decorated in a 1940s and 50s style, and all her furniture is vintage.

She even has some retro appliances, including a vacuum cleaner from 1952, vintage kitchen wear like a Sunbeam electric pan, mixer and coffee pot, and a Teasmade from 1955.

“I absolutely love vintage appliances, but I always get them checked out by an electrician – I don’t want to burn the house down,” she said.

“People say coming to my house is like stepping back in time. I always joke to Allan that the only two things in our house that aren’t vintage are our sons!”