Home » Fashion » I'm worth £3.95m and own two homes thanks to savvy business investments after TOWIE, reveals Lucy Mecklenburgh

BUILDING a multimillion-pound business is no mean feat at any age, but Lucy Mecklenburgh was doing exactly that at just 21.

Running from red-carpet events to board meetings, she thought it couldn’t get any harder – until she became a mum to Roman, now 19 months, with her partner Ryan Thomas. 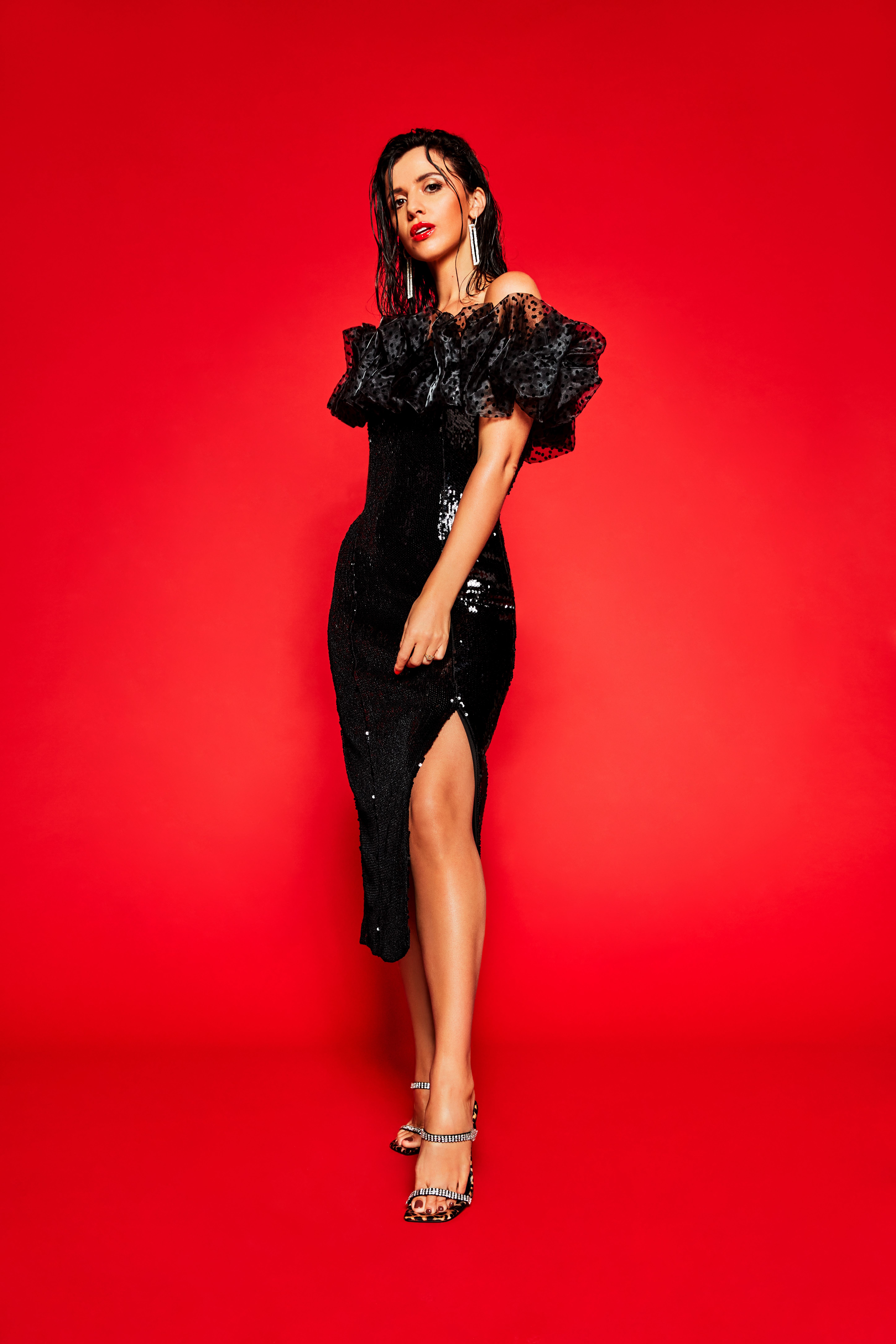 “I always wanted my own business. When you’re put into the public eye as a teenager, as I was, you’re making decisions that could change your life. Mine was the first online fitness subscription service in the UK, which is crazy to think now,” she says.

“[But] I underestimated how hard it is to juggle. I think a lot of other parents can probably relate. It’s a constant battle between giving work and the baby enough time and then a little bit of time for yourself.

“With Ryan and I both self-employed, we have to be flexible and super-organised. Sometimes it’s: ‘Can you mind him for an hour while I do this? Then you can do that.’”

While some of her TOWIE co-stars thought fame would last forever, Lucy, now 30, set about building a career beyond the small screen.

Since quitting the ITV show in 2013 after three years, she’s gone on to launch online fitness programme Results Wellness Lifestyle.

She has also created edits for fashion brands New Look and Coast, as well as promoting meal-kit company Hello Fresh.

Plus, she has a growing property portfolio, including a family home and a buy-to-let in Essex, and an Edwardian property in Cheshire.

But despite running a fitness business, she put herself under no pressure to snap back after giving birth in March 2020.

“When I was pregnant, I was in such a happy bubble. I actually put on 4 1/2st, and I thought: ‘I don’t think I’ll ever be the size I was before,’ but I wasn’t really bothered,” she says. “Then when I had Roman, I thought: ‘Six to eight weeks and I’ll be back into my workouts and eating well.’

“But I was knackered so I didn’t want to. I needed to leave my body to recover and I didn’t care how I looked. After six months, I started some light workouts and eating better, but I train so differently now compared with before Roman.

"Before, it was all about smashing out a workout and being lean – now, it’s low impact and looking after my mind as well.” 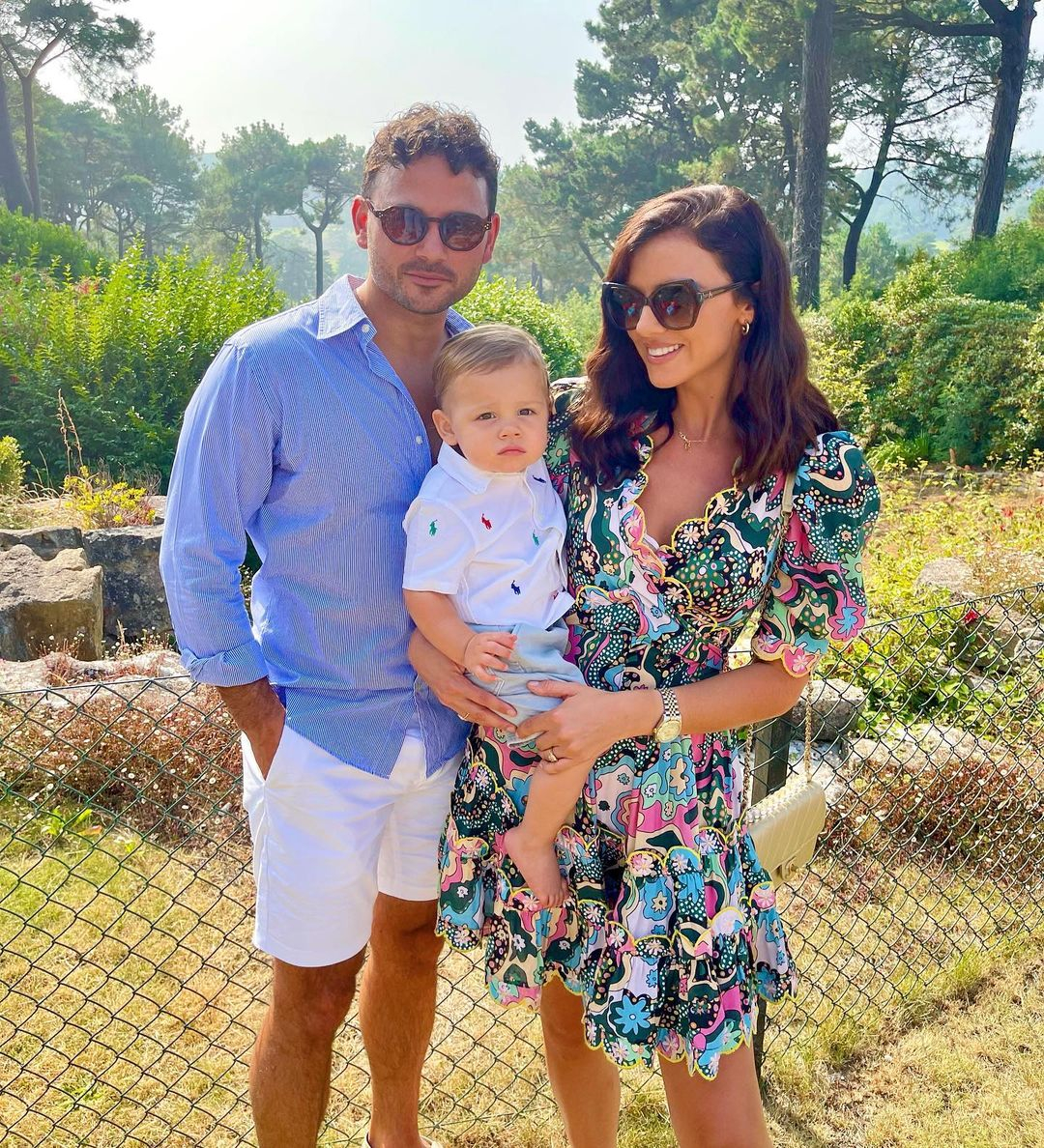 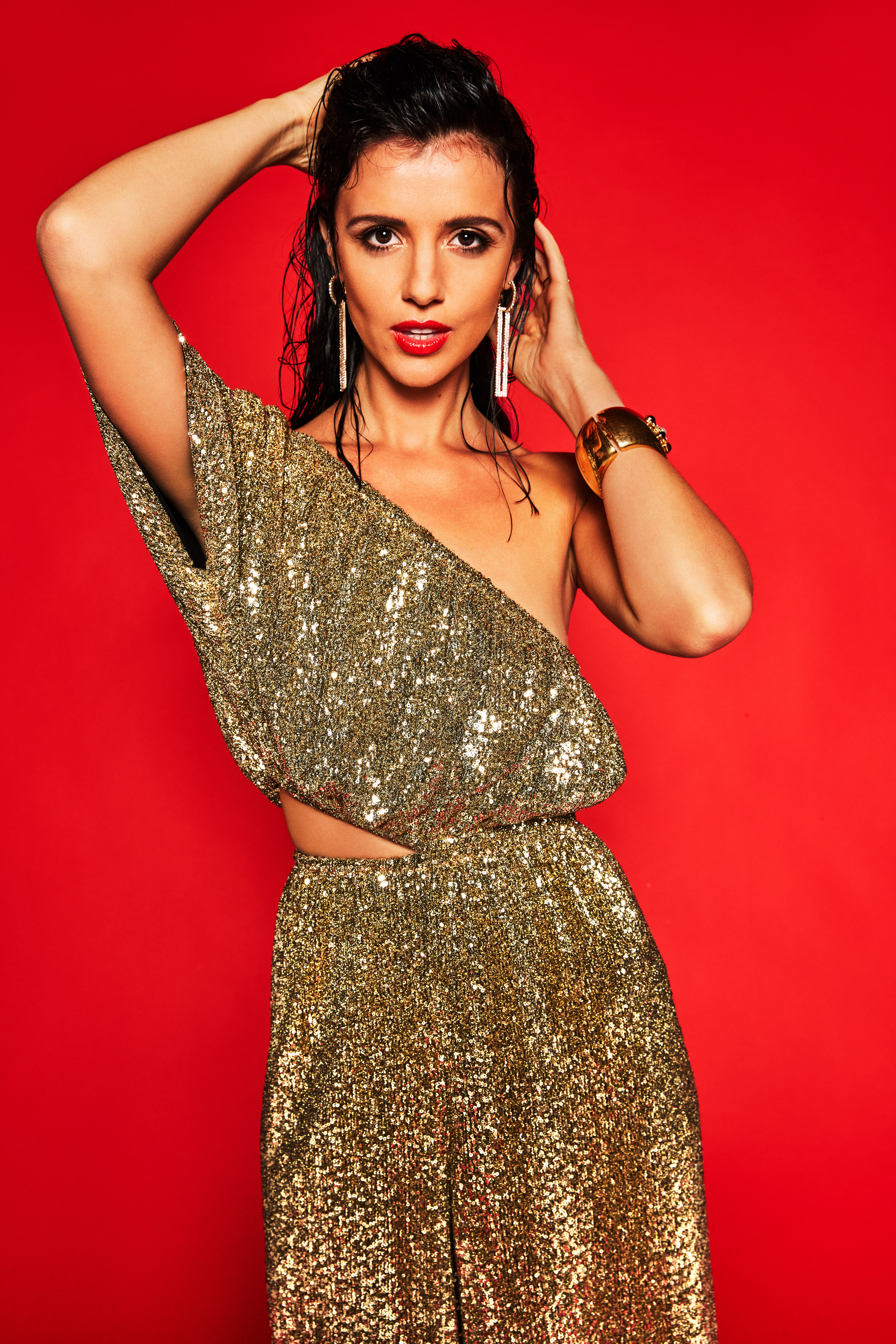 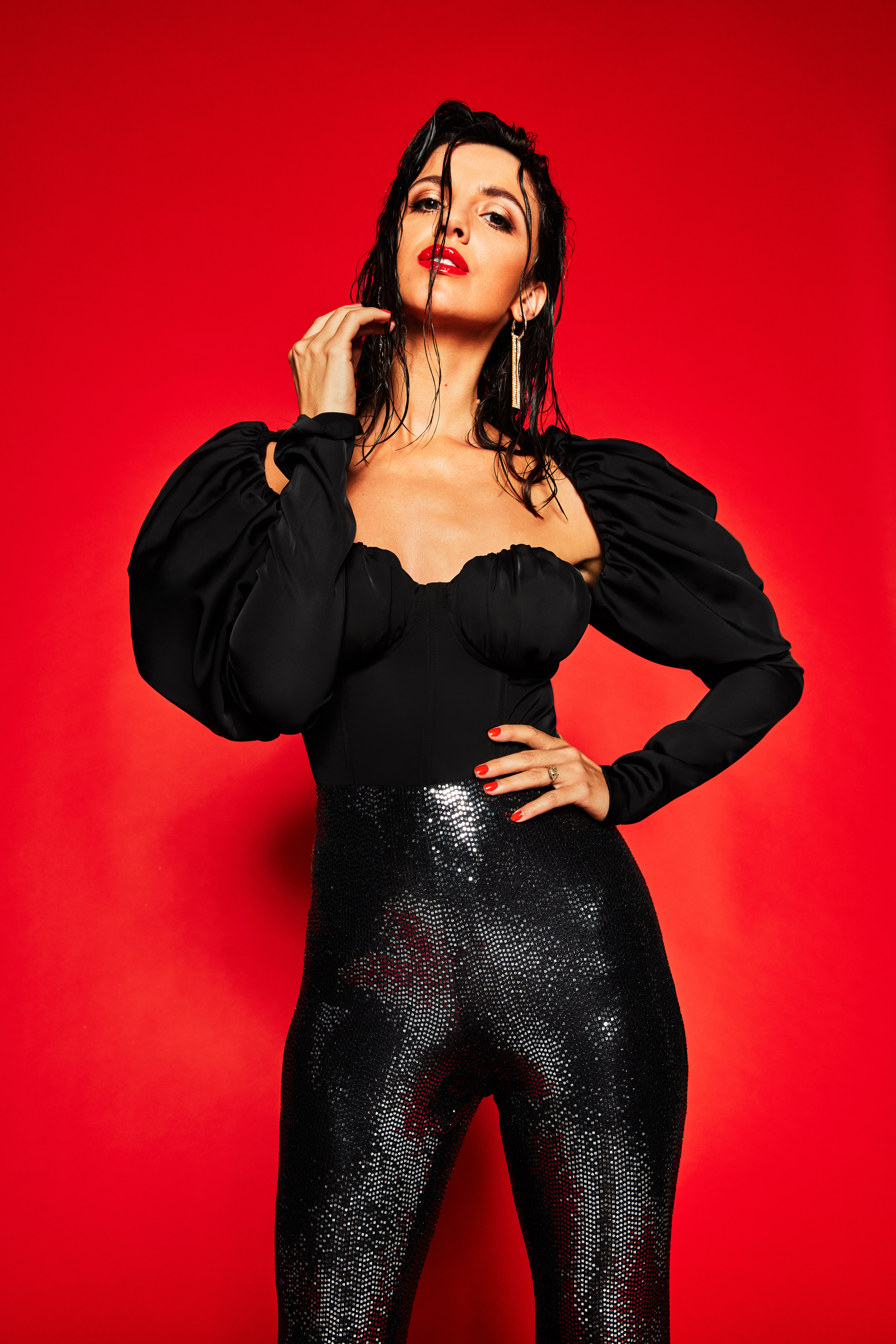 As well as fitting in her workouts, there’s also the small matter of a wedding to plan.

But their nuptials are on the backburner for the moment, with Lucy joking that they struggle to make time for dates, so organising a wedding could take them a while.

“It’s a different dynamic, but it’s just as special, if not more so. We’ve become a really good team. But it’s hard [to make time for each other]. I still don’t think we’ve got that balance perfect, but we work on it.

"On our first night out after Roman was born, we just sat there going: ‘What the hell have we got to talk about?’ because we both were living through lockdown and our whole life was Roman, so we just started talking about him. When we had finished, we went: ‘What do we talk about now?’”

The couple was faced with “every parent’s worst nightmare” last month, when Lucy found Roman turning blue in his cot.

He was rushed to Basildon Hospital before being transferred to St Mary’s Hospital, London, and put on a ventilator.

“It was very, very scary. And we didn’t really leave his side for a week. The doctors and the nurses were incredible,” she says.

Thankfully, after his viral-induced wheeze, Roman is doing well, but now uses an inhaler twice a day to help his breathing.

“He’s absolutely fine now and has us all cracking up,” she says.

With help from their family, friends and fans, the couple have since raised nearly £20,000 for the charity Cosmic, which helps buy high-tech equipment for St Mary’s, as well as providing on-site accommodation for parents so they can be near their children at all times.

“On his last day in hospital, Roman ran up to a door that opened on to a little courtyard garden, but a woman said: ‘I’m sorry, he can’t go out there, it’s not safe for kids.’

"I had used that space myself on the first day to have a cry. So I contacted the hospital and said: ‘I’d love to help do the garden.’ So I’m going to meet their team.” 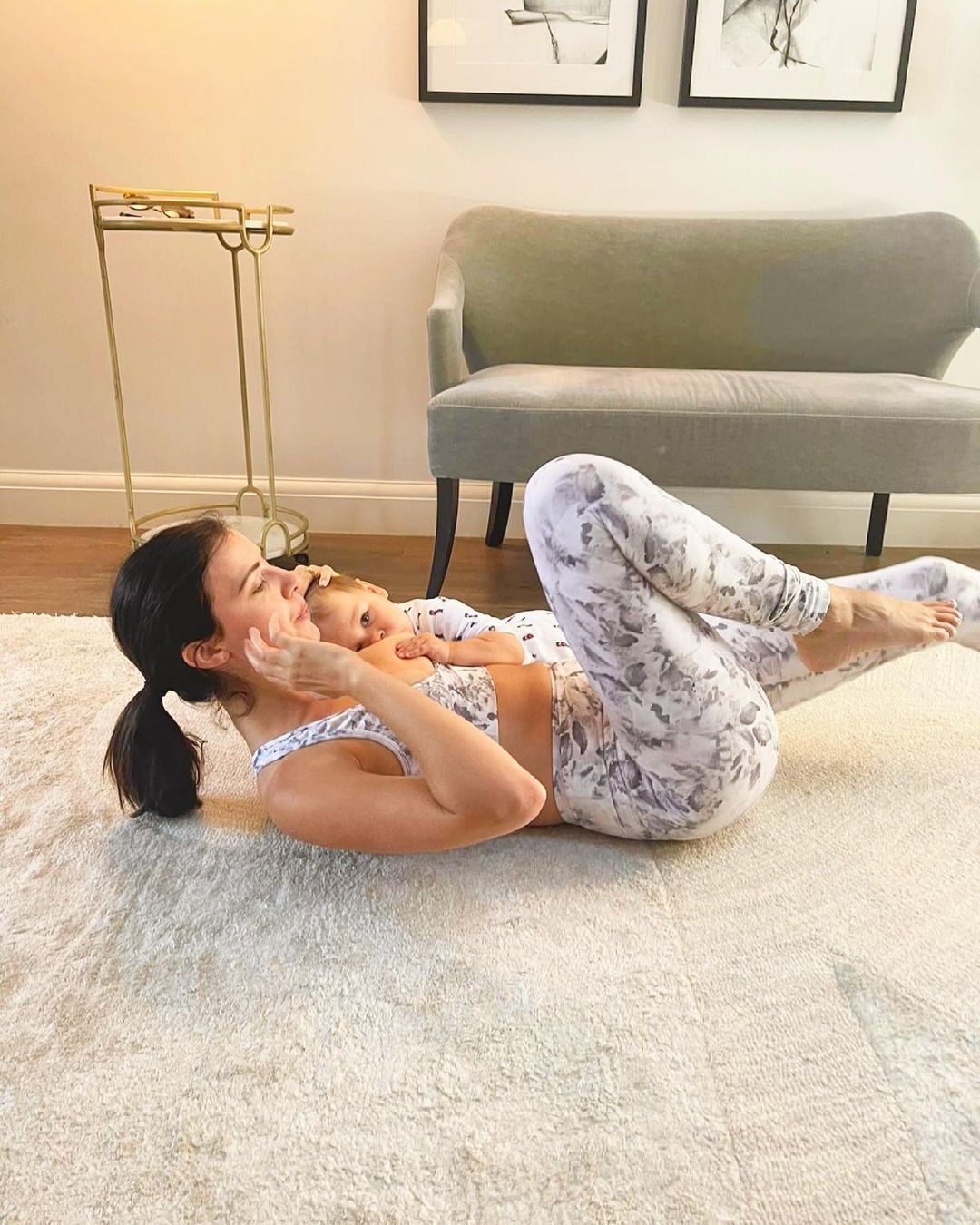 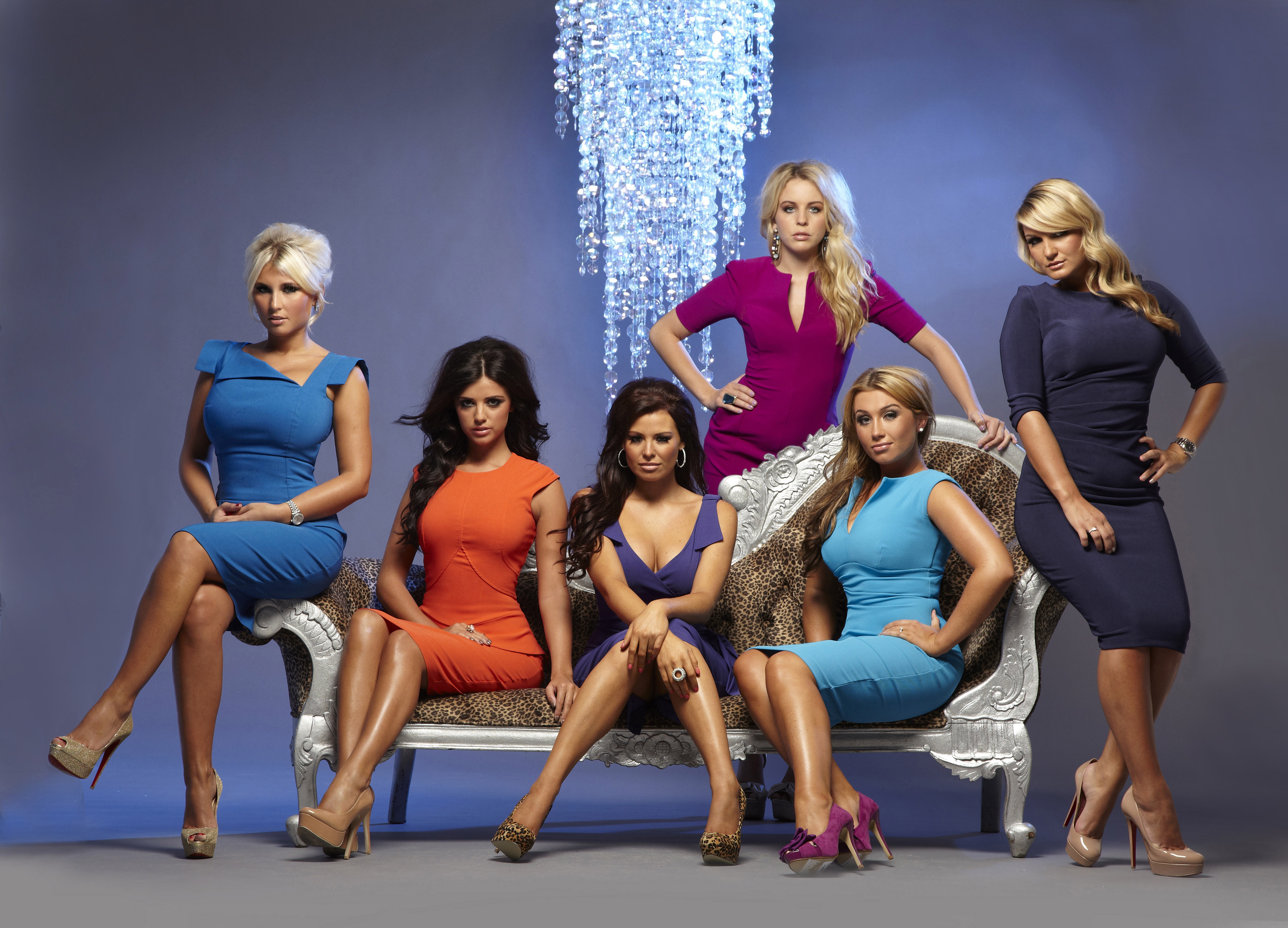 She doesn’t like to stay still for long, despite battling sleepless nights while trying to wean Roman off breastfeeding.

“I’m on day five, but I don’t know how long I’ll last [before giving in and starting breastfeeding again],” she says.

“For a long time it was just easier to breastfeed, because he has a cow’s milk allergy. I didn’t have to have clean bottles and I do quite enjoy it, but I’m 19 months in. It feels like the right time to stop now, though Roman would keep going – if he wants it, he really lets me know! It’s your baby, your body and your decision when it comes to feeding,  so you have to do what’s right for you.”

Lucy admits she isn’t immune to mum guilt, though, and says: “I’m lucky I can pick and choose the days I work, but you do have this guilt. To deal with it, I talk to my mum friends, and they feel the same.

"I tell them they work to give their children good lives, but I have to remember to say that to myself,” she says.

“It’s so important to have positive people you can call and have a cry to, and who reassure you that you’re doing a great job.”

The pair have known each other since they were teenagers and their children were born just two weeks apart.

“It’s so special. Lydia and I have become even closer. We’ve always been each other’s shoulder to cry on,” she says.

“Motherhood is amazing, but it’s also tough, so we’ve been there for each other. It’s so lovely to have shared the journey with my best friend.” 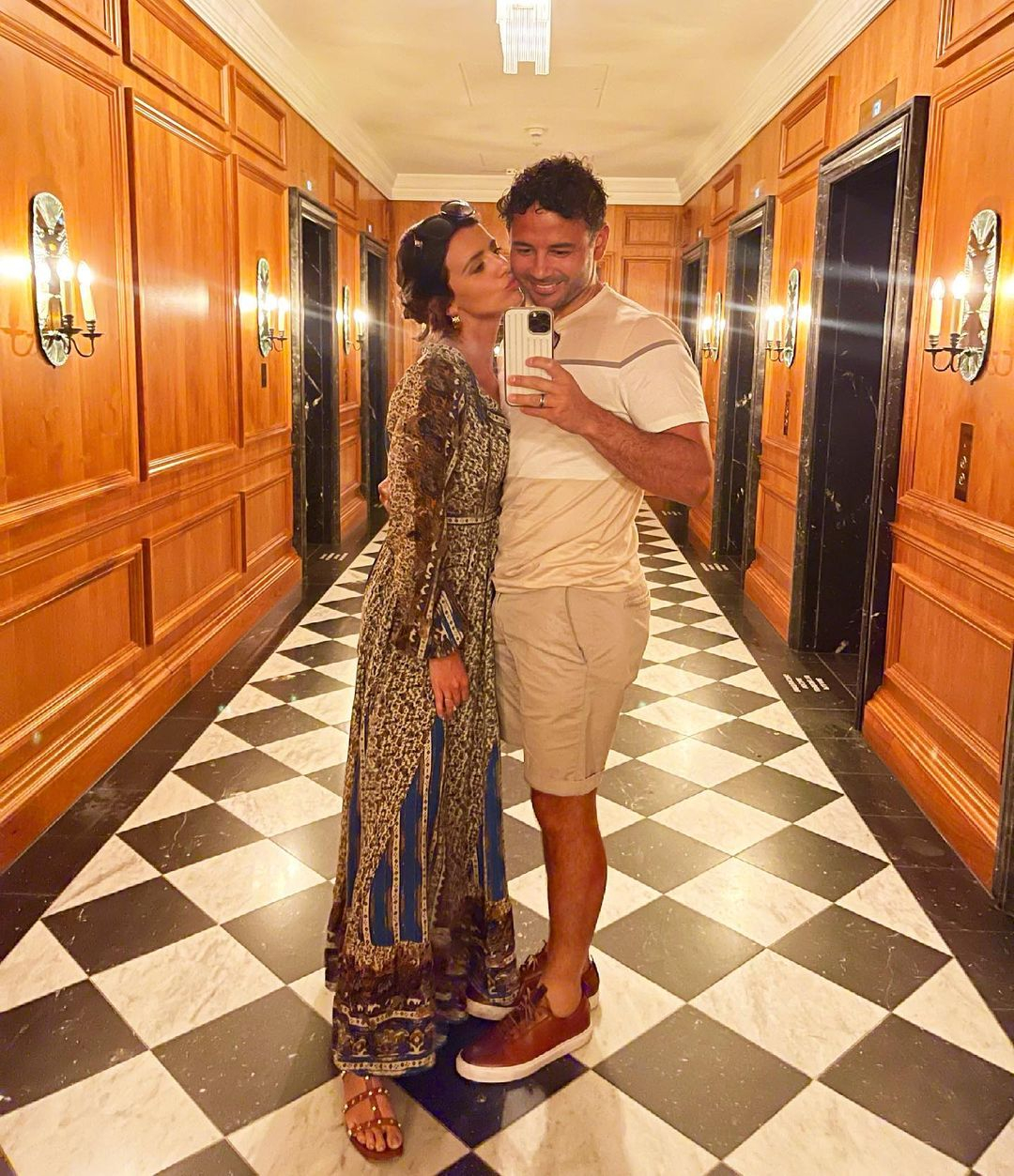