Jordan Brand has been pushing the limits of performance basketball footwear since 1985, and now, 35 years after the Air Jordan line’s debut the Jumpman is entering a new chapter with the Air Jordan 35. Expanding on the ground-breaking tech from the Air Jordan 34 by refining the Eclipse Plate, the Air Jordan 35 aims to offer top-tier fit and feel above an explosive cushioning setup. “The Air Jordan signature shoe has and will always be the most important shoe we make each year,” said Jordan Brand president Craig Williams. “Basketball is where the Jordan Brand started, and it’s where we’ll continue to invest in and advance our never-ending pursuit of excellence on the court.” 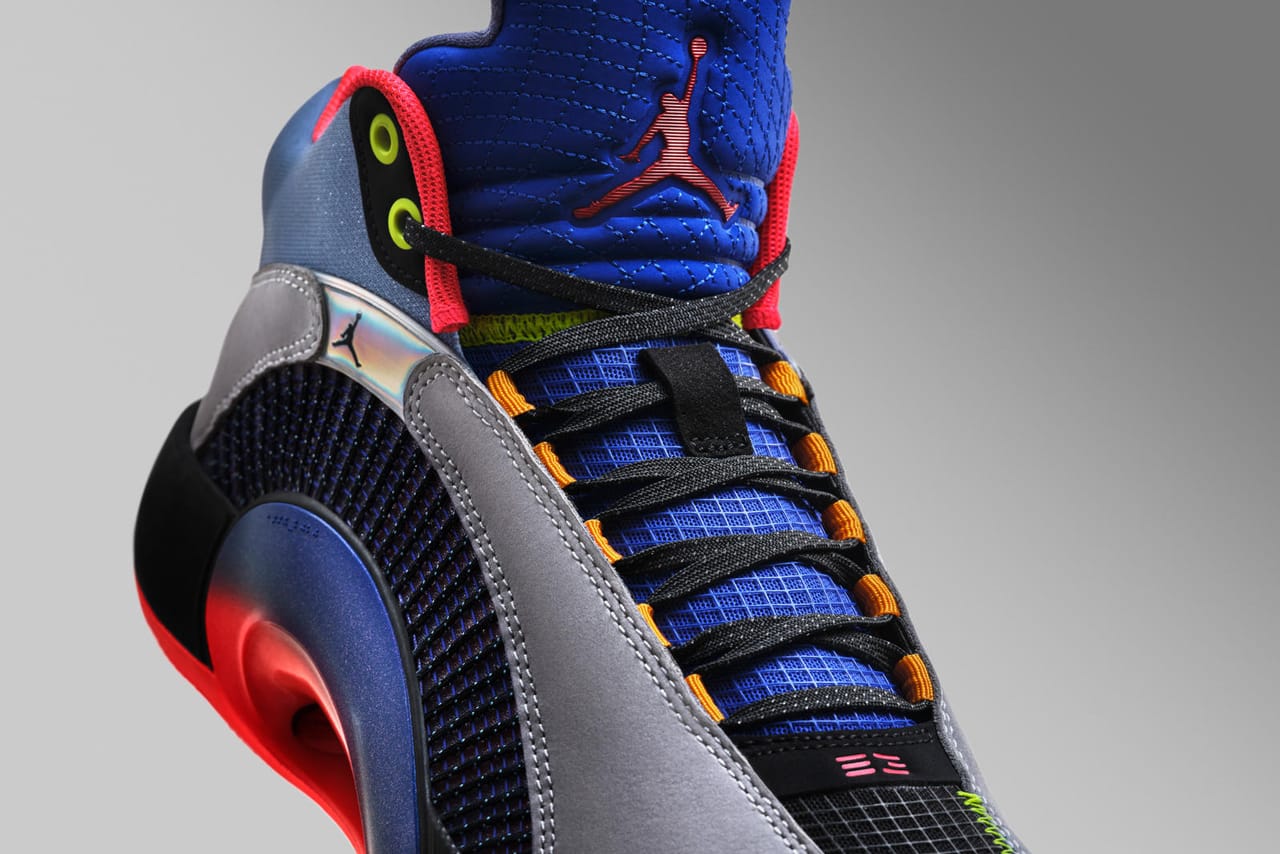 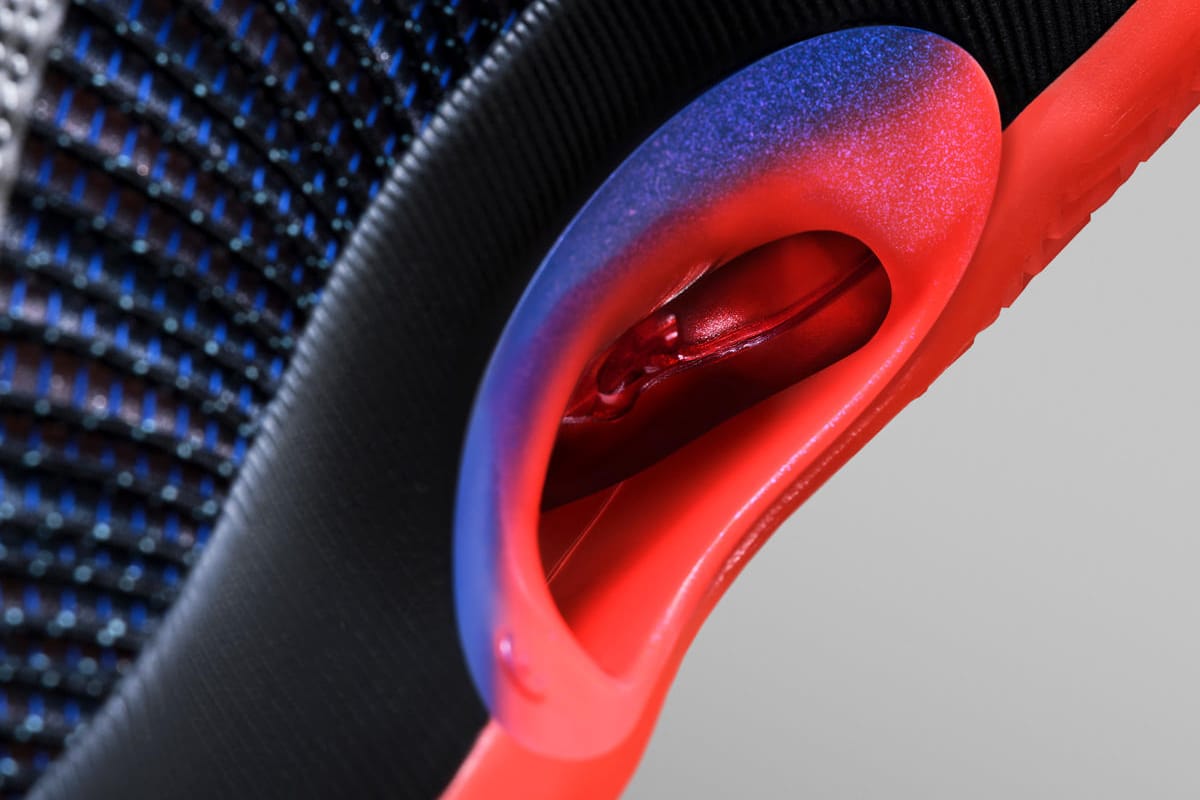 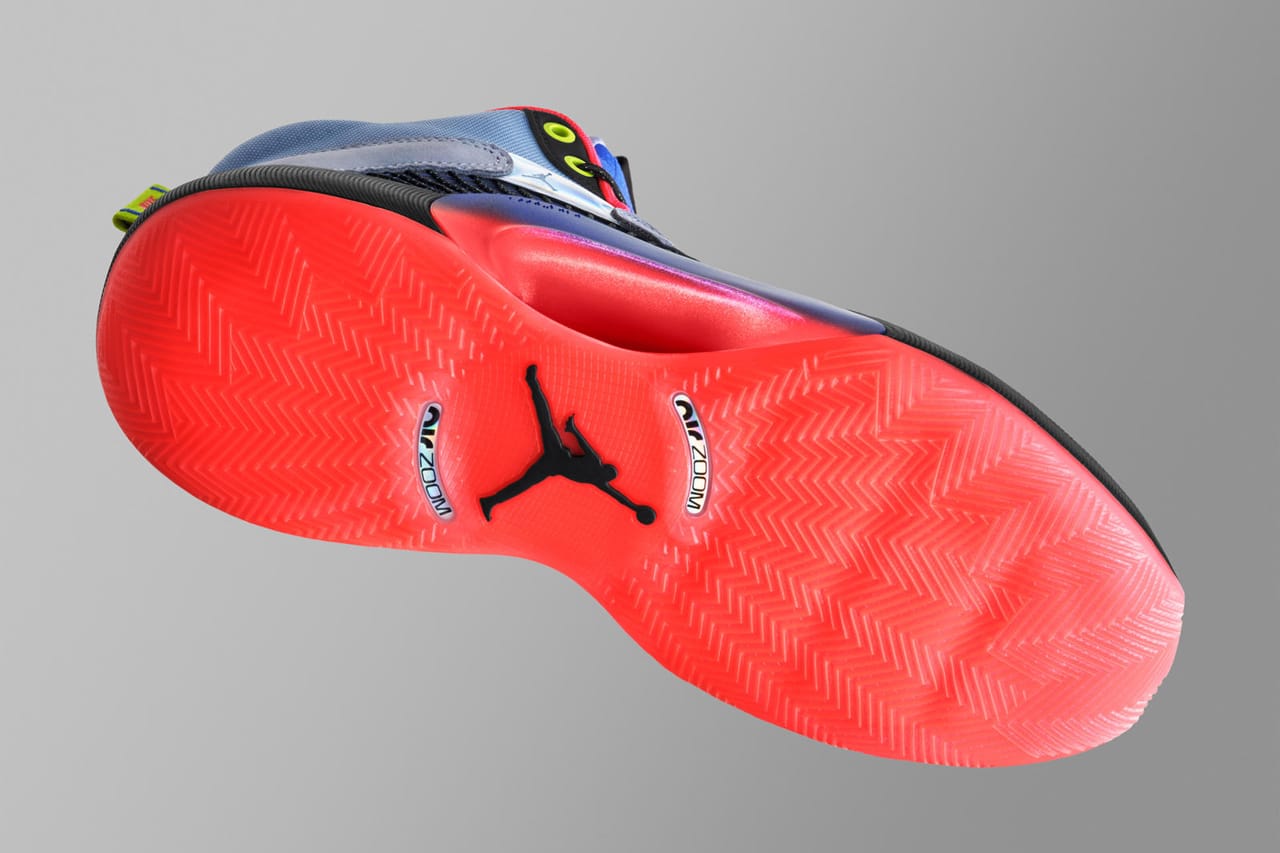 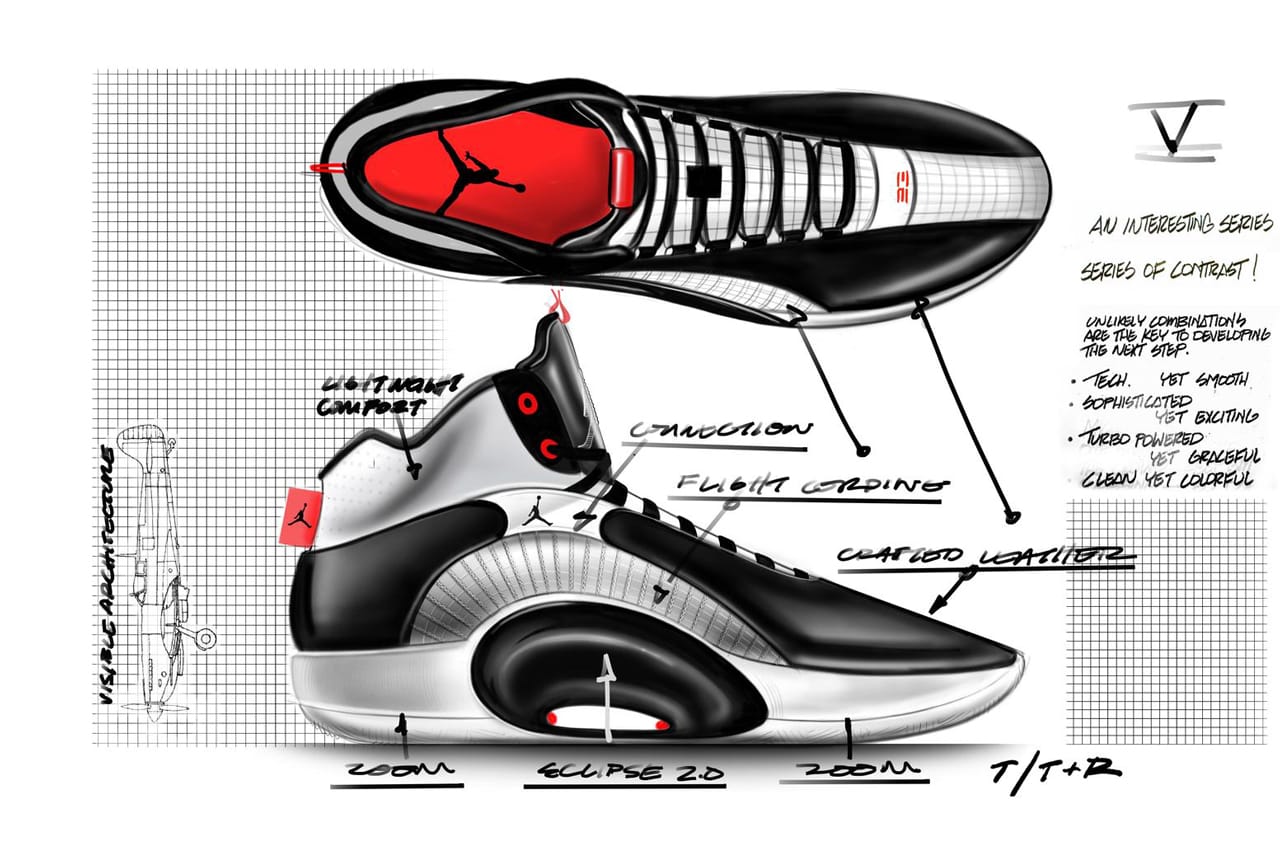 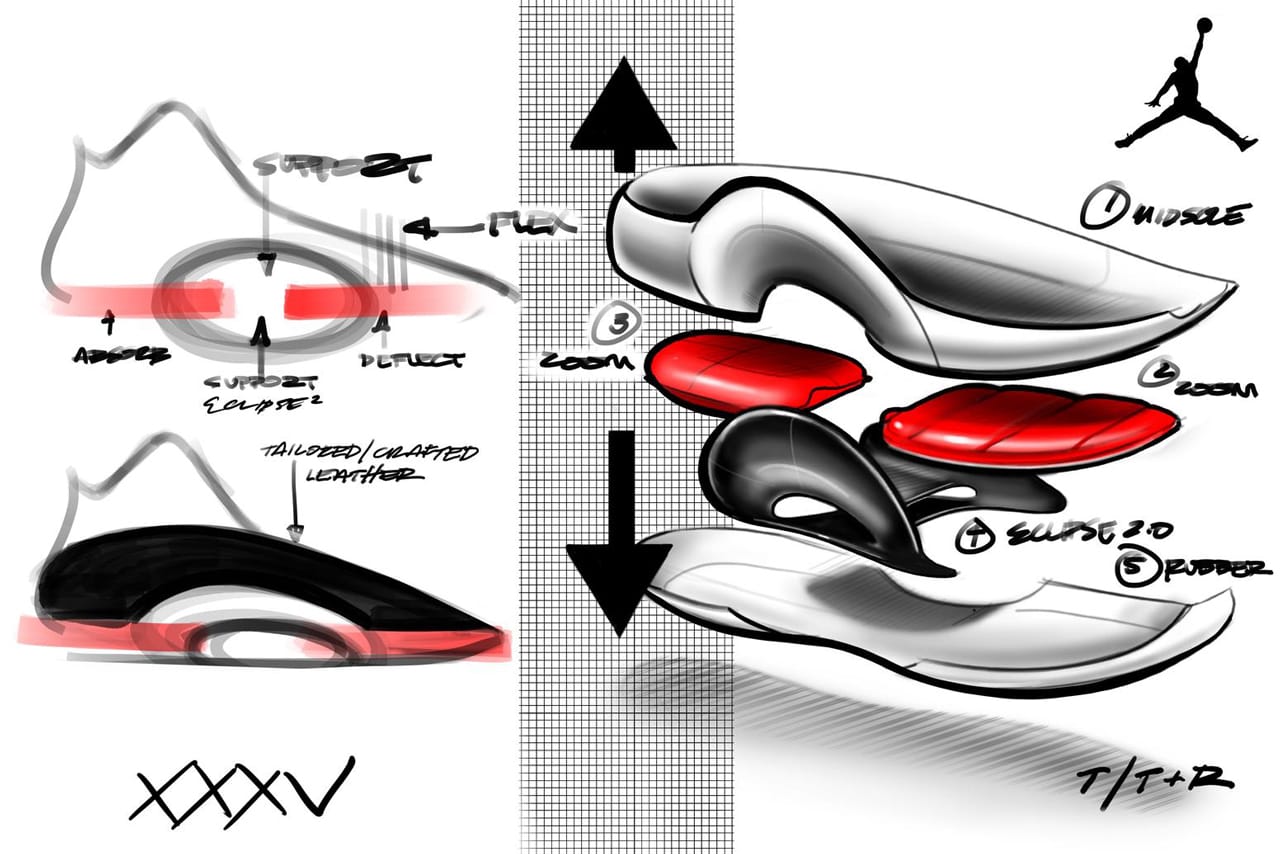 The shoe’s design is centered around a new Eclipse Plate 2.0. This cored-out TPU shank in the midfoot“unlocks” the maximum amount of bounce and responsiveness from the large Zoom Air units nestled in its forefoot and present in the heel. Above this sits new “Flight Wire,” a versatile support system that’s an evolution of Nike‘s iconic Flywire tech. From an aesthetic standpoint, the Air Jordan 35 mixes traditional leathers and suedes with modern-day synthetics, with tongues and heel moldings inspired by the Air Jordan 5. “Integrating premium materials and textures was a priority for the Air Jordan 35,” said Tate Kuerbis, the shoe’s designer. “The brand has a history of giving these materials an aspirational quality. When players see it, when they touch it, they feel like they have the power of the Jumpman behind them. Everything we do has to tie back to making the best basketball shoe on the planet.”1 of 5 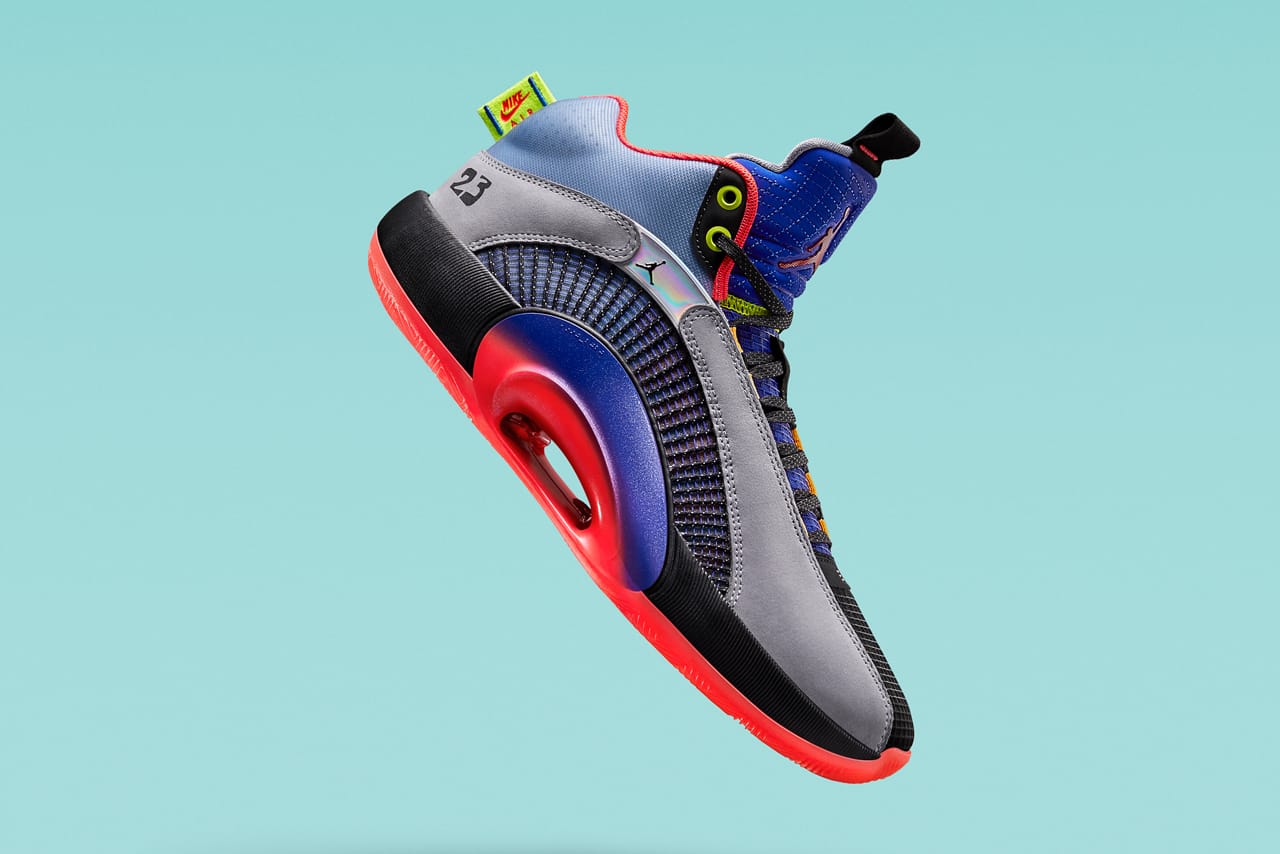 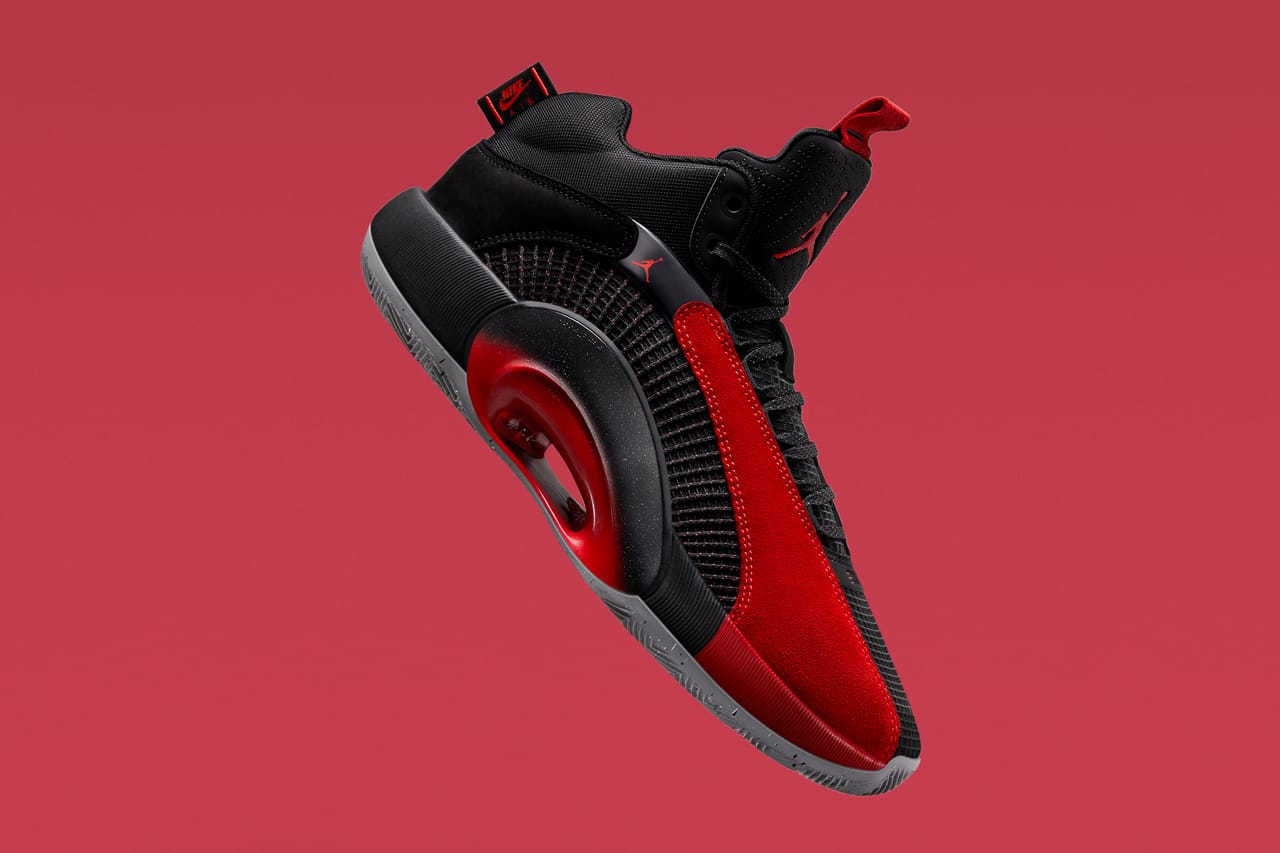 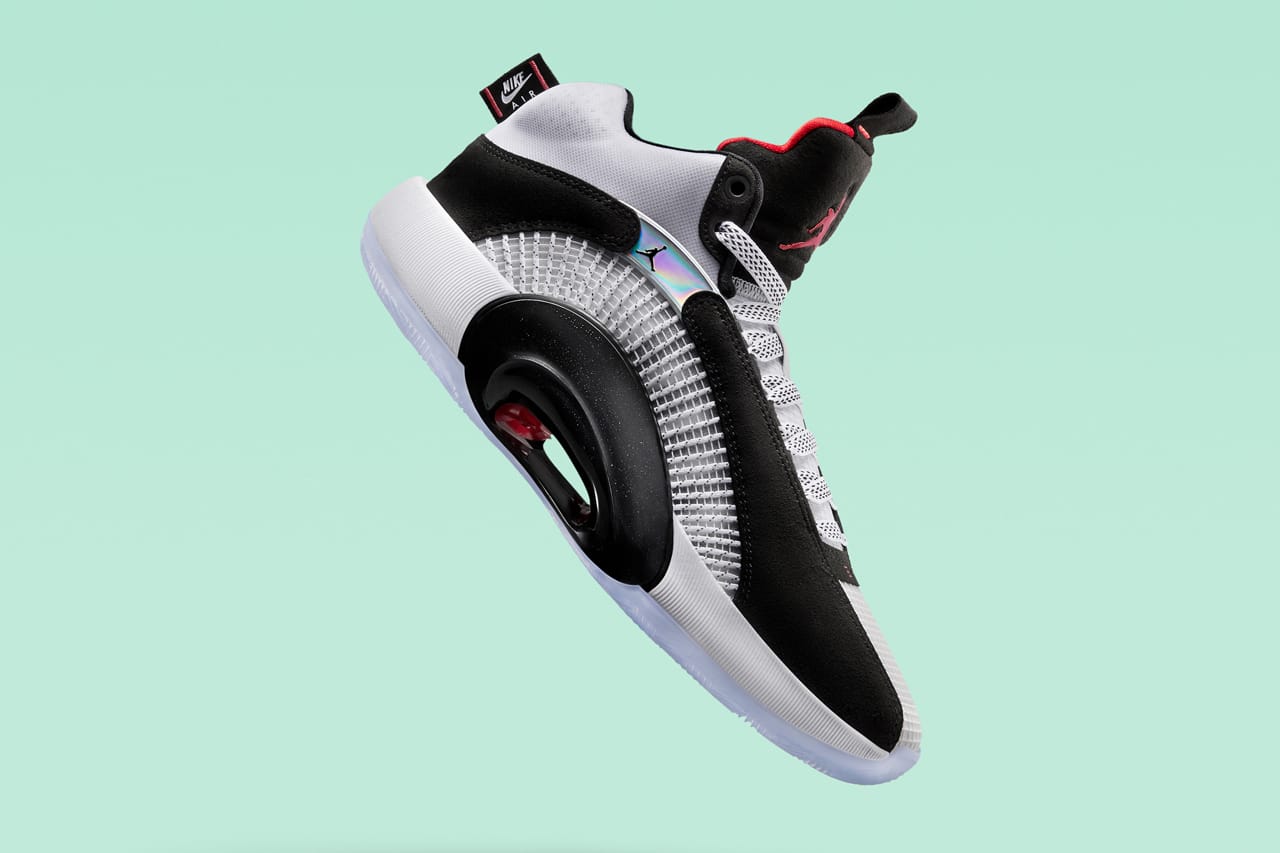 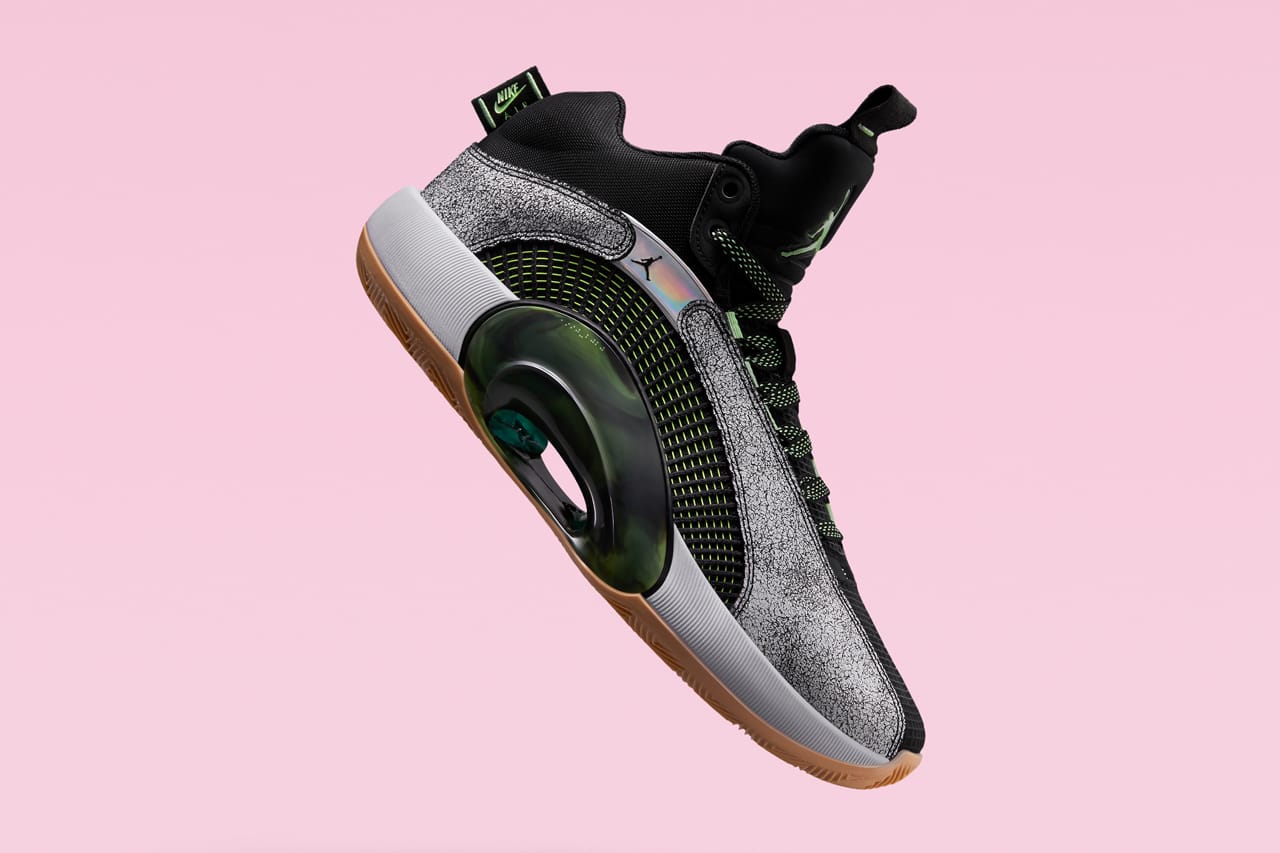 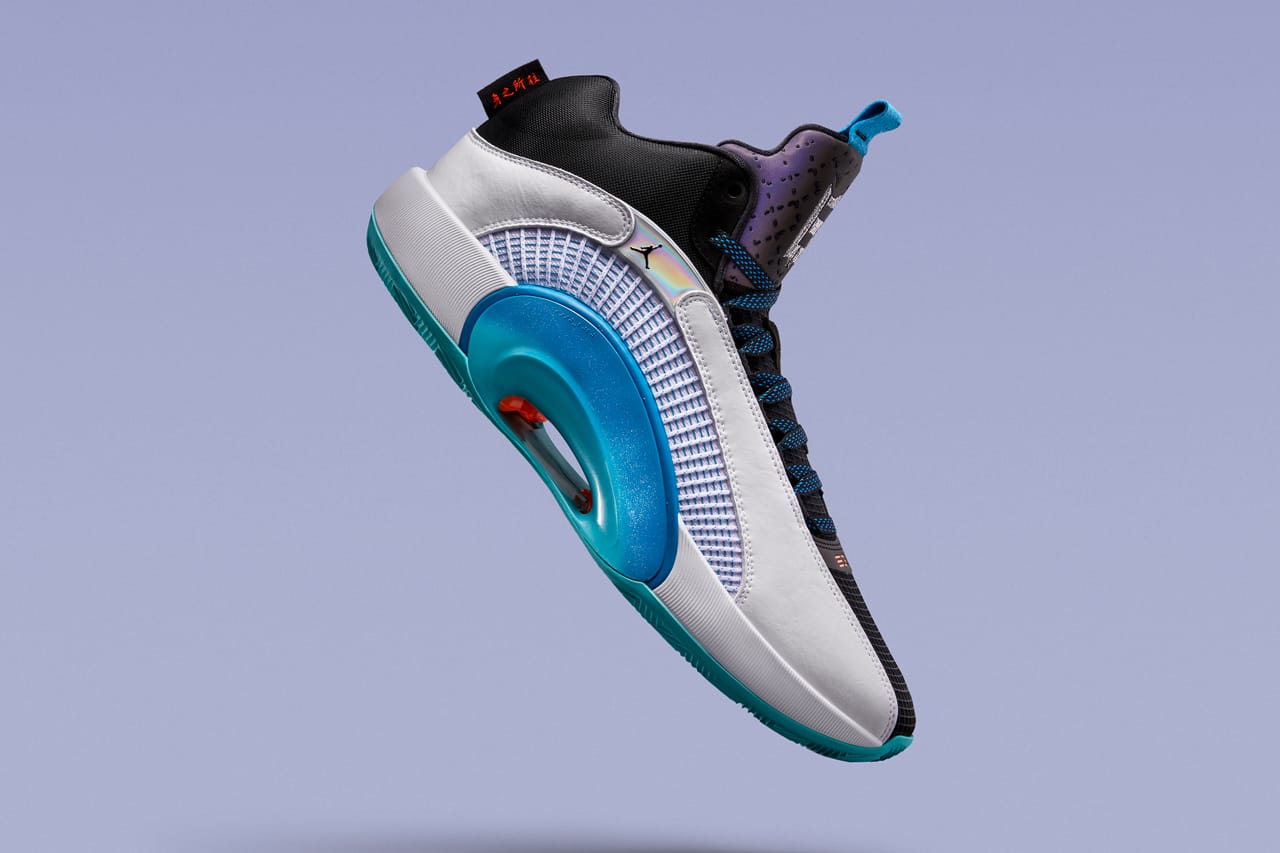 From a colorway standpoint, the Air Jordan 35 is set to debut in a vivid, Nerf-esque “Center of Gravity.” It’ll hit Greater China on September 27, then release globally on October 17. Next up is a Rui Hachimura PE, the black and red “Warrior.” With a kanji-style logo and details inspired by the Washington Wizards‘ forward’s family, it’ll release on October 21. A “DNA” colorway harkens back to the OG Air Jordan 5 “Fire Red,” and will release on November 11. On November 30, we’ll see the “Bayou Boys,” a Zion Williamson PE that continues the New Orleans swamp-inspired ethos birthed on the Air Jordan 34 “Bayou Boys.” Finally, Guo Ailun‘s “Morpho” colorway serves up bright, elegant details inspired by the effortless grace of a butterfly. It’ll release exclusively in Greater China on December 24.

Retail prices have yet to be announced, but look for Nike SNKRS and retailers like Foot Locker to have stock of most colorways.