Kate, Duchess of Cambridge, 38, and Prince William, 38, travelled across the UK by Royal Train to thank frontline workers and volunteers for their extraordinary efforts during the Covid-19 pandemic. The royal couple set out on their three-day tour on Sunday and rounded off the trip with fellow Royal Family members at Windsor Castle on Tuesday evening.

Kate is something of a royal icon and did not disappoint fans with her array of chic outfits and accessories during the latest tour.

On Tuesday the future Queen consort dazzled in a pair of striking diamond teardrop earrings she had borrowed from her grandmother-in-law the Queen.

The Queen is in the habit of lending pieces from her royal jewellery collection to female members of the firm.

As the future Queen Consort, Kate has borrowed some of the Queen’s most treasured pieces over the years. 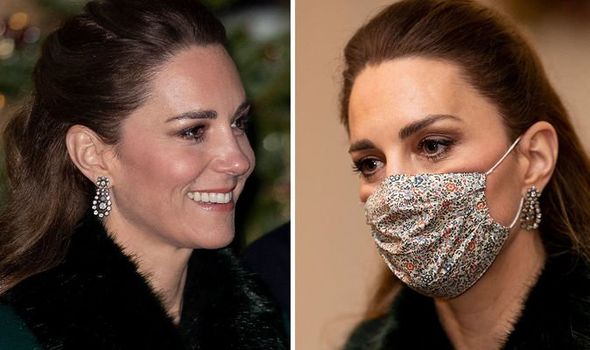 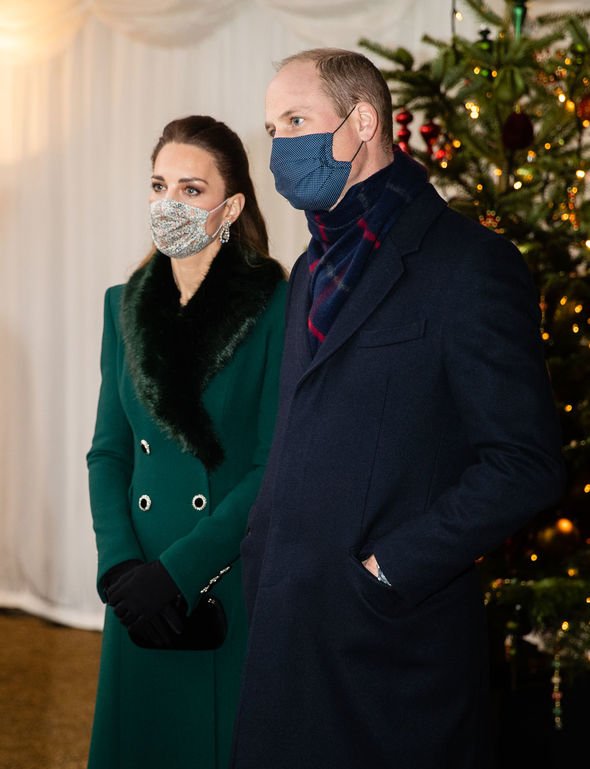 The royal expert tweeted: “Confirmed: The Duchess of Cambridge was wearing the Queen’s diamond earrings this afternoon with her @CatwalkerCo coat.”

Kate wore the same diamond earrings to a special state reception at Buckingham Palace in December 2016.

The Queen is thought to have first worn the large teardrop earrings, which feature a line of four diamonds framed by a cluster of round diamonds, at the State Opening of Parliament in 2012. 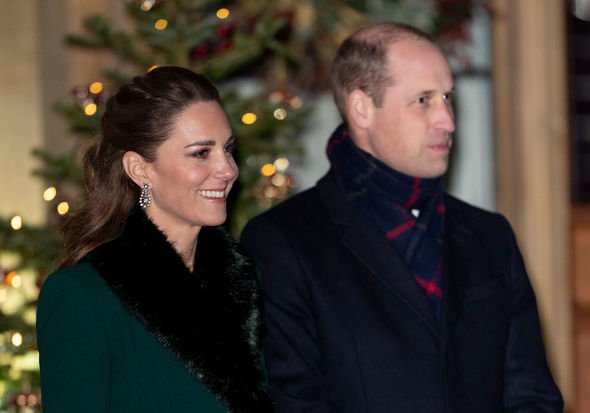 Kate also borrowed them for a NATO reception at Buckingham Palace last year.

Kate and Prince William were joined by Queen Elizabeth II, Prince Charles, Camilla, Duchess of Cornwall, Prince Edward, Sophie, Countess of Wessex and Princess Anne at Windsor Castle for the finale of their Royal Train tour.

The reunion was the first time senior royals have been out en masse since the start of the pandemic.

The royals gathered to thank local volunteers and frontline workers for their support during the coronavirus crisis.

The reunion struck a poignant note ahead of what is expected to be a lonely Christmas for the Queen and Prince Philip.

The expert said: “Standing isolated between her socially-distanced family, the Queen projects the strongest signals of confidence here.”

The expert claimed the 94-year-old Queen even appeared to multitask as she carried out the engagement with apparent ease.

Judi said: “She even proves that she can multi-task as she appears to listen to the band playing carols and at the same time as checking the time with Prince Charles, who looks at his watch before speaking back to his mother.”

The Queen and Philip have axed their traditional Sandringham House plans and opted to remain at Windsor Castle instead. 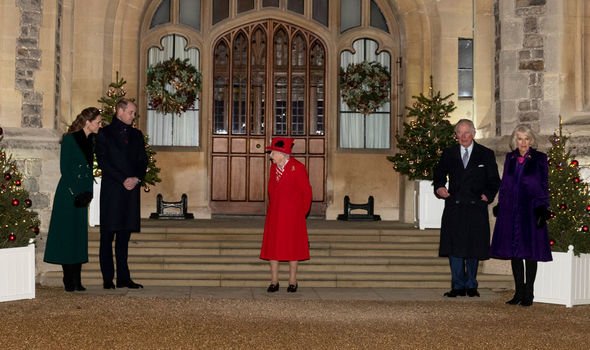 Windsor is where the royal couple have spent both lockdowns and they are preparing to mark their first Christmas there in 33 years.

While the Queen and Philip traditionally host extended Royal Family members in Sandringham from Christmas Eve to Boxing Day the pandemic has made it impossible this year.

Prince William and Kate could still travel to Norfolk with their three children for the holidays.