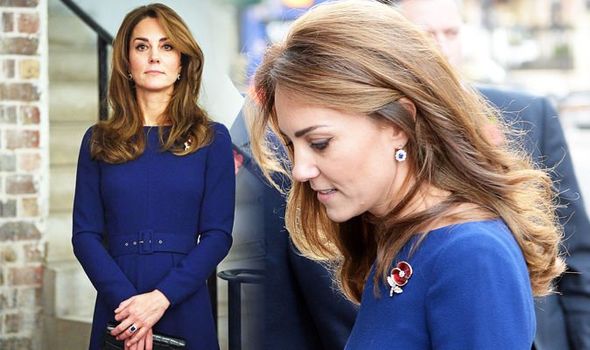 Kate Middleton looked stunning today as she arrived at the launch of the National Emergencies Trust at St Martin-in-the-Fields, London. She wore a blue, belted dress and her hair was blowdried voluminously.

Prince William’s wife is well known for her hair, which has inspired many copycat looks.

The Duchess of Cambridge’s dress fell to just above her knee. It had a wife belt around her middle.

She wore black patent shoes with a pointed toe.

Her small clutch bag was also black and patent. The Duchess’s hair was coiffed in a bouncy blow dry. 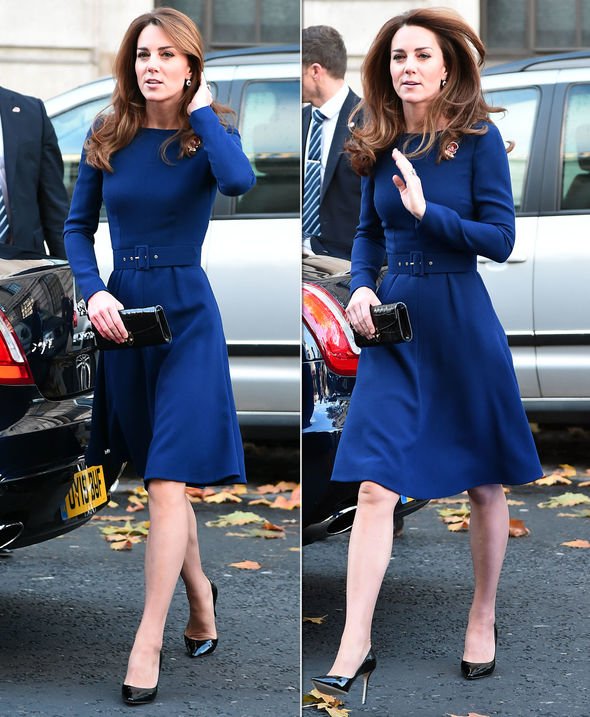 Kate Middleton news: Hair staggers as she steps out in new bouffant blowdry do

She wore a pair of earrings she is thought to have been given to her by Prince William, which once belonged to Princess Diana.

The stunning earrings feature a sapphire ringed by diamonds, much like Kate’s engagement ring, which was also once Diana’s.

One Twitter user commented: “This is a mother of three!…her waist is SNATCHED!”

Bookies have claimed betters have been putting their money on Kate being pregnant.

In mid October Ladbrokes said: “Currently on tour with a Royal Doctor for the first time, the bookies now have the Duchess of Cambridge priced at 1/5 to give birth in 2020.

“Plenty are convinced Kate is either already or soon to be pregnant, and we’ve slashed odds on a 2020 royal baby as a result.”

This week Coral Bookmarker revealed it has been hit with a flurry of bets on Kate Middleton and Prince William announcing they are expecting a fourth child before the end of the year.

“Punters have been knocking us over to back Kate Middleton and Prince William to announce they are expecting their fourth child in 2019,” said Coral’s John Hill. 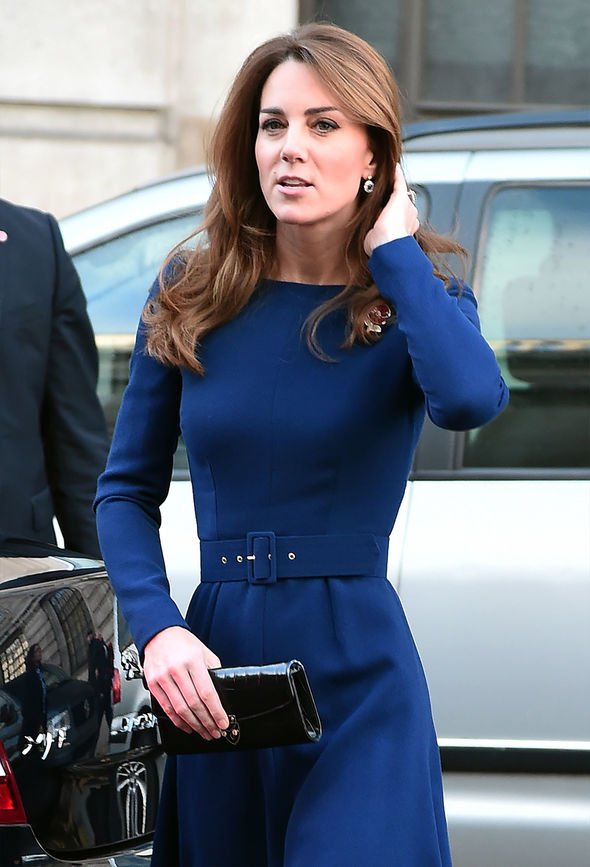 “Kate is now odds-on to give birth in 2020 so there could be a cause for celebration next year,” he added.

If Kate were to have a fourth child she would be the first woman in the Royal Family to do so since the Queen herself.

They are Prince George, Princess Charlotte and Prince Louis. 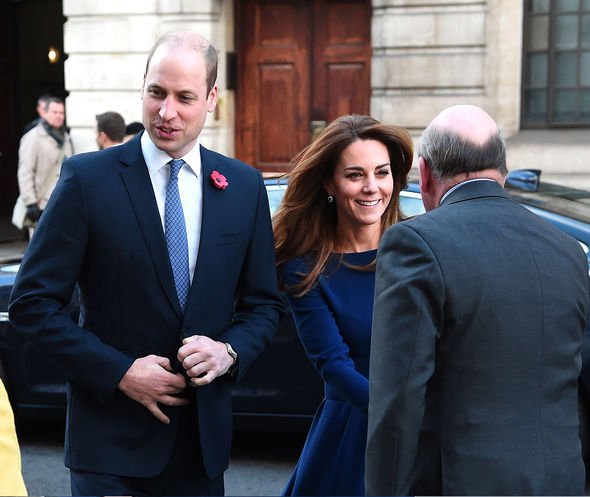 The royal line of succession – who outranks who?

The line of succession to the British throne dictates the order in which each member of the Royal Family would ascend to the throne.

It is also seen as a ranking of importance with the head of the line, the Queen, taking the place of ruler.

Older children come before younger children. Traditionally boys came before girls, but this law was changed on 26 March 2015 before the birth of Prince William’s first child.

Incredibly, Catholics are still excluded from the line of succession, as are children born outside of wedlock.

The royals, who usually stick to a strict protocol when appearing in public, often arrive at events in ascending order of importance, with the most important royal arriving last.

Prince Charles, 70, is currently second-in-line to the British throne, followed by Prince William, 37, his oldest son.

Then comes Prince William’s children, George, five, Charlotte, three, and Louis, almost one, and they are followed by Prince Harry, 34. Prince Harry is succeeded by his son Archie Harrison, born in May.