Surprising no one, Kim Kardashian arrived at the 2021 Met Gala in a super-sleek head-to-toe look that had “new-era Kanye” written all over it. After dropping hints for weeks through her everyday outfit choices and pictures on social media, she showed up to the event in a full Balenciaga look that had a distinct futuristic feel.

Complete with a blacked-out head covering similar to the one West has been wearing for the rollout of his Donda album, the SKIMS mogul’s second-skin ensemble featured a stretch minidress with matching tights and a cape with a train. The mom of four was escorted by Balenciaga’s creative director, Demna Gvasalia, and wore a pair of the brand’s cult Knife boots to finish the look. 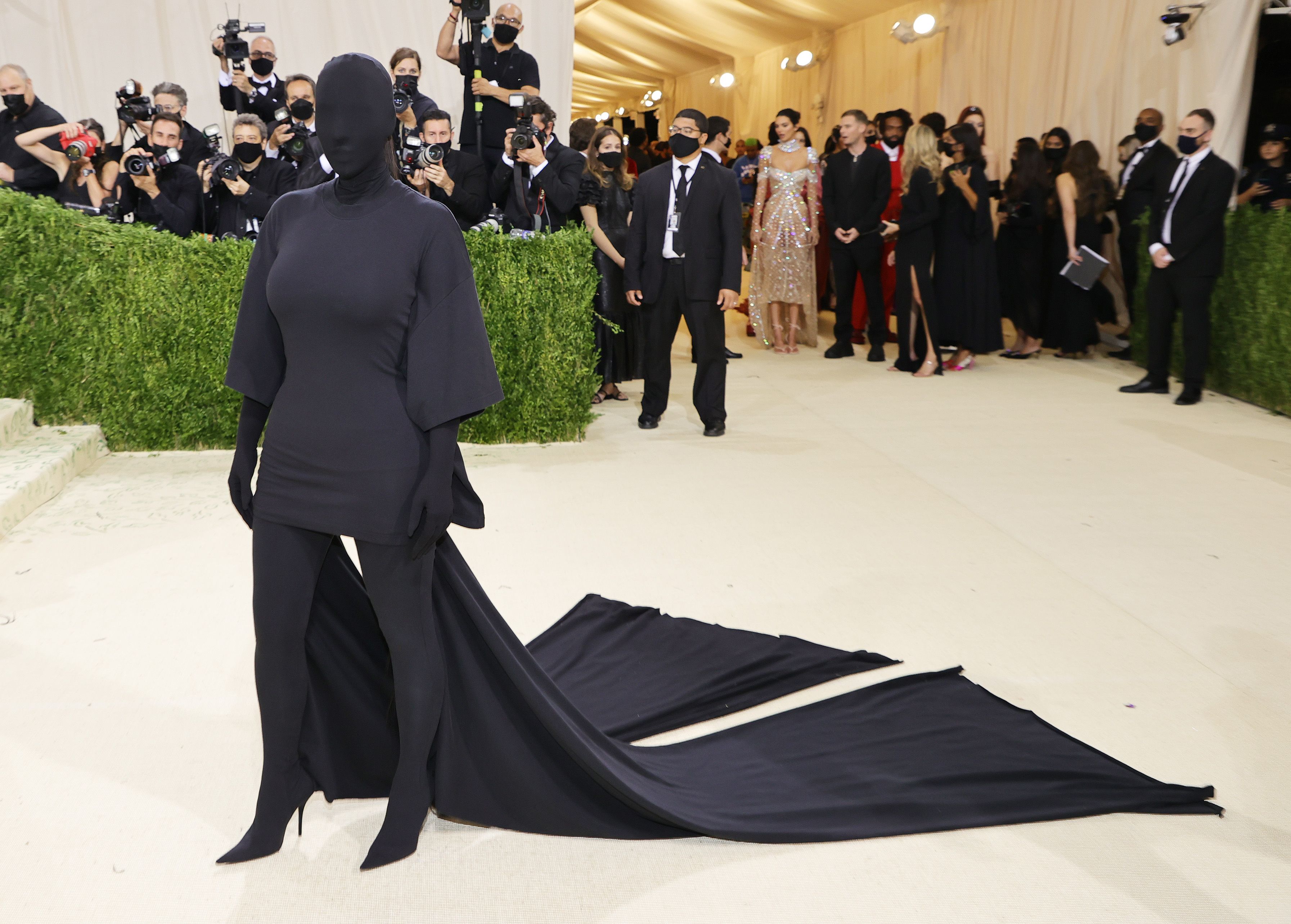 With her latest street style looks as proof, Kardashian has been loving everything Balenciaga as of late. She went full-on Matrix in a leather look by the brand with a similar (edgier) fit while out in New York City last weekend. Days earlier she posted yet another spandex look by Gvasalia, only that time she swapped her long ponytail for super-straight tresses.

Though this isn’t the reality star’s first time attending the gala, tonight’s outfit is a nice switch-up from her looks in the past, which leaned heavily on embellished gowns with revealing silhouettes. The complete antithesis of what we’ve come to expect from Kardashian, this full-coverage getup is proof that her style is constantly evolving, both on and off the red carpet.